For those of you who don't know, the Lamborghini Centenario (pronounced: Chen-ta-na-rio) marks what would have been Ferruccio Lamborghini's 100th birthday; the tractor manufacturer who was spurned by Ferrari and decided to put his substantial wealth into beating Enzo at his own game.

It was said that Ferrari used to refer to Lamborghini sports cars as being the best looking tractors in the world, all in jest of course. Ferrari begrudgingly respected what Ferruccio Lamborghini had achieved although he would never let it be known publicly.

The Centenario then, has to be the best looking tractor ever and for those lucky enough to own one of these bespoke creations, they will become members of a very exclusive club with just 20 hardtops and 20 spiders being produced.

At $3.24 million AUD for the hardtop and $3.54 million for the spider, we're talking some serious biscuits. You can also elect to go the full carbon fibre treatment as seen on the Centenario prototype which stole the limelight at this year's Geneva Motor Show - it will only set you back a paltry $150,000 AUD. With that on the table, I bet you're itching to put down your order. Well you can't, all 40 have already been sold with nary a spanner turned. Now that's what I call street cred'. 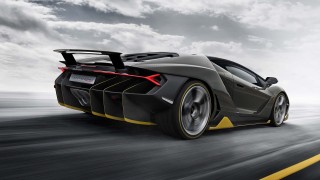 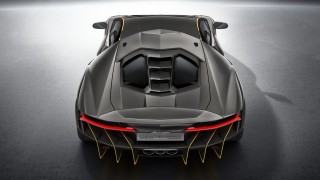 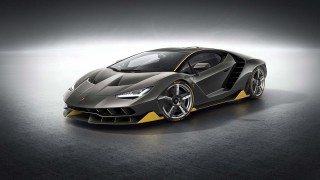 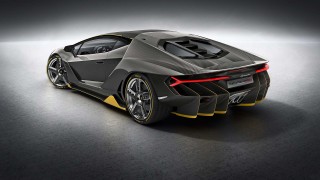 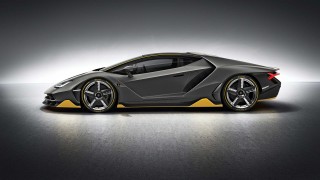 Talking style; the first thing you can't help but notice is the 100% Carbon fibre body. It adds at least 50mph to its appearance, the matt weave clearly showing and emphasising the drama. I'd say if you've got one on order, what's an extra $150K for the carbon fibre treatment - just do it.

Compared to the Buggatti Chiron, this is a case where unrestrained styling doesn't compromise the end result. Too much is not enough, the over the top styling suggests a drawing from a 12-year-old car obsessed boy and his vision of the perfect looking sports car. I don't mind admitting that I'm that boy and that this crazy looking bull has my eyes popping out. With gaping slats and vents, a silhouette batman would gush over and a rear diffuser which not only cheats the wind but looks as though it could carve an unwary pedestrian into shish-kebab.

The Battlestar Galactica interior and instrumentation could see service in a fighter jet. The motifs used on the all-digital instrument displays scream this Lambo is ready for a fight at a moment's notice.

If you like black you're in for a treat, the interior is swathed in matte-suede like Alcantara, any surface not covered by the material see's the raw carbon fibre show through. Yellow highlights are used to accentuate the surfaces which stand out starkly. It's all so magnificently attention grabbing and at the premiums being asked, isn't that what you'd expect? The execution is exquisite, the tie-in between the interior and exterior of the vehicle shows an artful continuity of form.

This is not just a car, it's a mobile sculpture in the finest Italian tradition. A visual feast for the eyes and just when you think you've taken it all in, you see another intricate detail which has you pondering, how can styling in this extreme be taken any further? The wheels alone present more than 6 distinct elements, the carbon fibre spoked blades which adorn them are there to draw in air to help dissipate heat and it doesn't hurt that they also look like ninja stars.

So what do you get for your $3.5 million investment? The Centenario is based on Aventador running gear, but whereas the 'base' Aventador puts out 515kW, the Centenario trumps it by another 51kW at a heady 566kW @ 8500rpm. A peak torque figure of 690Nm @ 5500rpm means this bull pulls hard. What truly sets the Centenario apart from the regular Lambo line-up is its dynamics. The car is a quantum leap from the Aventador in its handling, it seems the outlandish body work does indeed serve a purpose and at speed the active-aero can add up to an additional 180% downforce. While the Centenario is not being touted as the new hypercar drag strip king, there's a rumour it has set a new lap record in its class at the Nurburgring. If that's the case, it would be a mighty big feather to have in your cap as the industry regards the Nurburgring as the pinnacle testament to a car's dynamic ability. 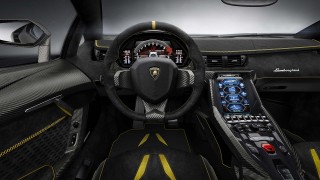 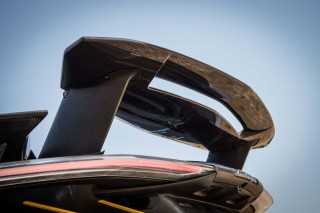 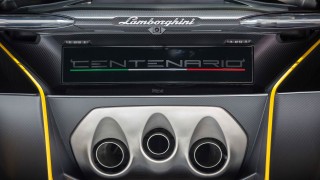 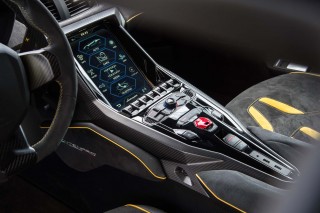 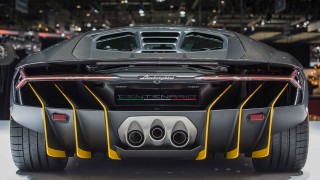 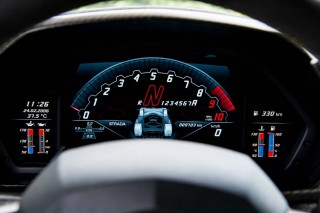 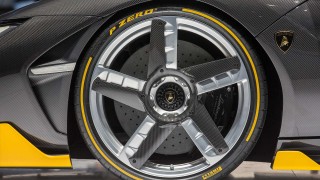 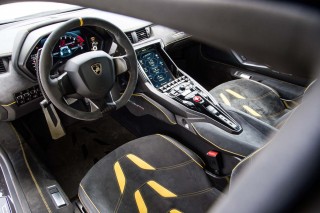 But the numbers don't tell the whole story. The Centenario is equipped with adaptive rear wheel steering, a first for Lamborghini to improve steering response and reduce the turn radius. At lower speed the rear wheels turn in the opposite direction to the front wheels, while at high speeds they work in unison. It may only allow an offset of 3 degrees but the end result is a car that shrinks around the driver, making it nimbler and more willing to change direction. At freeway speeds directional stability is enhanced, meaning that less input is required from the driver to maintain its line. If you're brave enough to push the Centenario to it's very high limits, it will be more forgiving to the average driver. So, not quite the raging bull which Lamborghini are famous for but it will probably make the difference between a visit to the funeral home and saving your bacon.

Other changes over the standard Aventador include; steel rather than rubber engine mounts, more aggressive suspension tune software and the already mentioned active-aerodynamics. All come together to make the Centenario one seriously pinned down chassis. It's no boulevard cruiser then?

The rest of the package is surprisingly raw. Not quite analogue but aimed squarely at the driver who wants to be more involved. No torque vectoring, no active roll bars or active driver aids which are trained to allow some play and not bite when you get it wrong. It's been lovingly blended to appeal to purists and no matter your skill level you're guaranteed to have fun.

Excitingly, Lamborghini tells us that the Centenario is a pointer to the near future where their mainstream models are headed. Active-aero, virtual cockpit displays, four-wheel steer and carbon fibre everything will be the norm. Even your Nona will be able to take the bull by the horns! 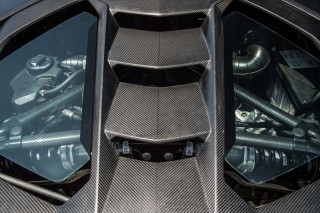 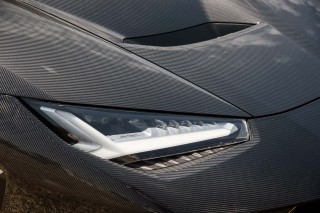