800hp! That's a stonking amount of power, even by today's standards. To put it into perspective, the current crop of supercars, the Mclaren 720S, the Lamborghini Huracan Performante, The Ferrari 488 Pista (track edition) and the Porsche 911 GT2 RS all deliver extreme performance, do so with less than 800hp. Considered track day warriors; lightweight version's of their more regular counterparts, the "portliest" tipping the scales at just 1473kg. 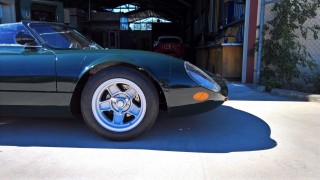 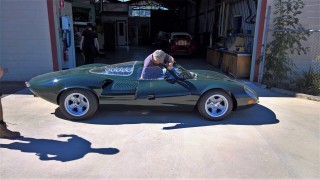 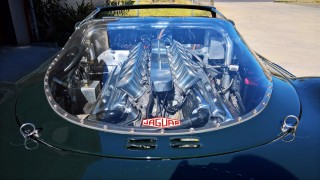 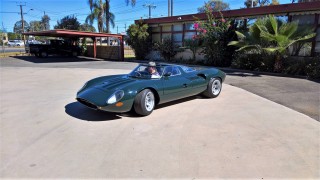 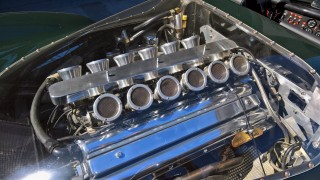 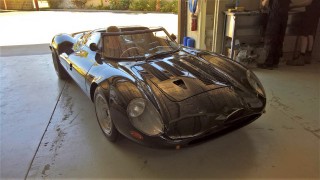 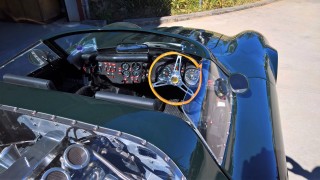 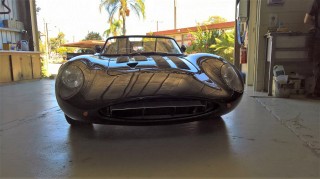 So if I told you the car discussed here not only produces 800hp but weighs less than a 1000kg, what would you think? If you're like me, you'd be thinking holy moly; it has to be a wild raging beast, a monster capable of tearing you limb from limb and ripping you to shreds.

And you'd be right, sort of.

The car I'm referring to is the 1966 Jaguar XJ13, ok not the real one as there's only one in existence, but an exact recreation by renown coachbuilder Rod Tempero of New Zealand.

For a little history, the 1966 Jaguar XJ13 was supposed to the 24 hours of Le Mans, but due to protracted development by the time it was ready it was no longer relevant, the Ford GT 40's of the period taken the spotlight.

That didn't alter the fact that the XJ13 was an incredible machine. The engineering used to create it employed aviation principals of lightweight construction and aerodynamics. The end result for the aluminium construction is the equivalent of automotive sculpture, beautiful to behold. With only one prototype completed, Jaguar abandoned racing it and used it as a testbed. With 502hp on tap, the car achieved an unofficial UK closed lap record at the Silverstone racing circuit which stood for an impressive 32 years.

This particular replica I was lucky enough to experience had the full monty, coaxed to produce the outlandish amount of 800hp. How did I get the opportunity? Through the generosity of Marque Restorations, Adelaide coachbuilders of distinction delivering world-class results. They had the car for a tidy up of the bodywork and some mechanical repairs. With the work done the Jag was having a shakedown to check it was properly sorted. 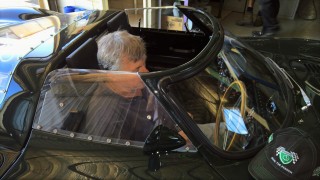 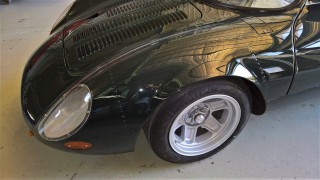 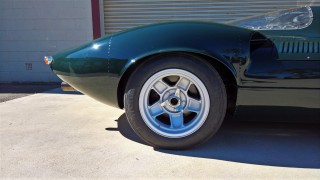 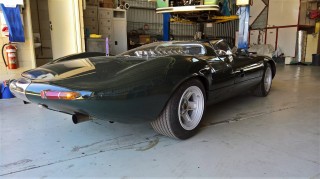 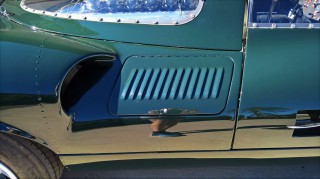 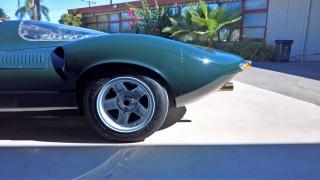 I've always been a fan of the XJ13, so there's probably a little bias there when I talk about the impression it left on me. The first thing that really surprised me about the Jag was its size. With no frame of reference, I'd always expected it to be huge, a big bad cat, rather than the svelte feline it is. For comparison sake, it's no bigger than a Mazda MX-5 (Miata). However, its haunches are comically wide; the knock-off alloys, shod with Michelin classic racing tyres, 270/45 R 15 at the rear and 215/55 R 15 up front, let you know it's all about the business.

The attention to detail wrought on the bodywork is simply incredible, the perfectly spaced aircraft rivets, the finely fluted louvres, the gauge cluster, all faithfully recreated as the original. I think an expert would be hard put to tell the difference. The perspex rear engine cover is especially tasty, seeing the exposed V12 in all its glory, what a thing. Remember this is a full 20 odd years before the same treatment was used on a Ferrari F40. Is it prettier than an E type? I know this will upset the die-hards, but yes I think so.

There have been some concessions to modernity; the engine uses fully electronic direct fuel injection in place of the Lucas mechanical injection. The braking system has been to four-wheel vented discs over the originals solid disc rotors. All in an effort reign in the savagery.

So what's it like to drive? Well, before you can enjoy the drive you have to get into the thing, all I can say is I'm glad nobody filmed me, the flexibility of a Russian gymnast is required and that I'm not! After five minutes of grunting and groaning, I managed to get myself placed.

As far as being a passenger goes, there is absolutely zero concession given, as you'd expect in what is essentially an out and out racer, it's all about the driver. The passenger footwell is so narrow you can barely fit your feet in, you sit at such a skewed angle it feels like you're going to end up in the lap of the driver. Surprisingly the tiny leather seat was very comfortable. 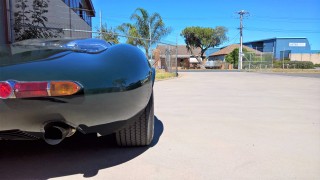 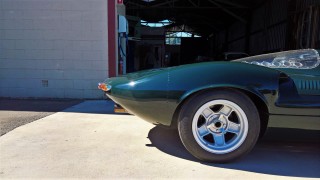 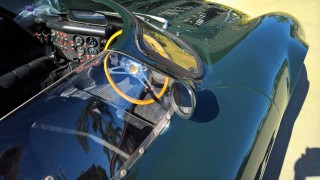 Before you start the engine, there is a myriad of toggles and switches, reminiscent of a 60's fighter jet, that to be set. Fuel pump check, oil pump check, coolant on, etc, etc. The racing vibe sets in, toggle the starter switch and man, you're at the starting grid for Le Mans for sure. Describing the noise that erupts as unbridled fury is underselling it.

As we set off, I was assaulted with a surge of emotions; you're expecting brutal but what you get is supple composure. Ride compliance and refinement of a small Japanese sedan, what the? The high sidewall old school tyres would account for some of that, but it doesn't explain how it copes better with road joints and potholes better than my daily? The power delivery is so smooth, it pootles along in city traffic as easy as you like, entirely at odds with its racing pedigree. Don't get me wrong, put the hammer down, and all hell breaks loose.

A few times the pipes were opened more than a squizz, the resultant acceleration was mind-boggling. We saw the tacho touch 4500rpm on one occasion; my head snapped back against the headrest, god knows what it would be like at full tilt?

Handling? You're never going to see its limits, not on a public road anyway, not if you value your life and licence.

So what did I think overall? As a passenger, it's loud, cramped, but surprisingly supple; it can induce whiplash with little provocation and can out accelerate many a current supercar at part throttle! In a word, I loved it. Ok, that's three words, but you get what I mean.

If you're interested, the owner of the XJ13 featured in this article, while not actively trying to sell it, is open to offers. If you're wondering how much, you can't afford it.

Many thanks to Gerard Miller and Marque Restoration for the chance to experience this unique vehicle.

A diamond in the rough: Lamborghini Countach, for sale in Adelaide