The most beautiful Aston Martin ever is going into limited run production.

It seems the 'haves' have spoken and the big wigs at Aston Martin have bent to their will. The mouth-watering Aston Martin Vanquish Zagato concept will go into limited run production of just 99 units.

For those lucky enough to qualify, what they'll be getting is a 6.0litre V12 producing 447kW. This is no skin deep poseur wanna-be but a full-on hairy chested GT screamer. A 0 to 100km/h dash of 3.5 seconds puts it up there with the Audi R8, Mclaren 650S and Lamborghini Huracan... and with those looks, expect a lot of strained necks from onlookers gawking as you scream past.

Here's hoping one makes it down under.

Move over James, I want to ogle the flawlessness that is the 2016 Aston Martin Vanquish Zagato concept. Officially unveiled at the Concorso d'Eleganza Villa d'Este, held at Lake Como in Italy from 21-22 May 2016.

The Vanquish Zagato Concept is the fifth collaboration between the Italian design house and Aston Martin, their relationship spanning more than five decades. Just like the Zagato concepts before it, the Vanquish Zagato is a styling tour de force.

Working closely with the Aston Martin Design team led by Marek Reichman, Andrea Zagato and his Milanese based team put forward a design that is steeped in Aston Martin tradition but evokes Italian passion as well as presenting an up to the minute look.

The muscular rear three quarter flanks in particular have crisp lines that accentuate power in abundance, ready to be unleashed at a moment's notice.

The elegant brake vents behind the front wheels emblazoned with chrome housing the side indicators further enhance its muscularity.

Front on, the trademark Zagato twin bubble roof is immediately recognisable, as well as the circular running lights set in the grill, all come together to shout that this Aston means business.

The above rear three quarter view, dare we say it, is Ferrari like and it's no mean feat. Not only does it work, the design language deserves to be used in production.

Rear on, Astons have always managed to display a tail that everyone envies and it's no different here. The aggressive black rear diffuser, the black quad pipes and most notably in a complete departure from all recent Astons, the funky circular brake lights. It's a win all round. The concept is also fitted with a retractable rear spoiler that hides unobtrusively when not in use.

This concept proves that when great minds come together with one aim, beautiful things can happen. It's taken the best from both design houses to make what has to be arguably the single most exciting car design for 2016 thus far.

From a technical point of view the body is shaped entirely out of light weight carbon fibre. It runs as expected, a V12 producing 600hp and is kitted with all the latest Aston Martin driver aides. The end result you see here was developed and engineered at Aston Martin headquarters, Gaydon, England.

There's only one problem I can see - it's not going into production :( 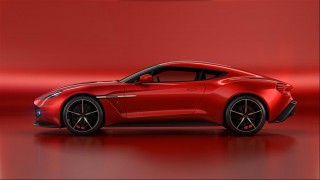 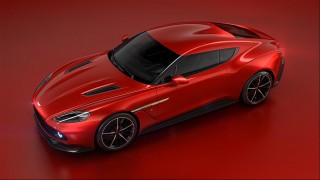 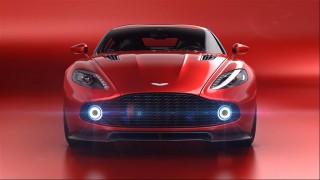 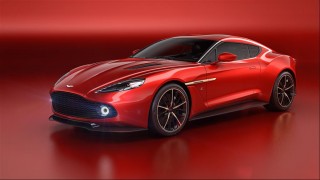 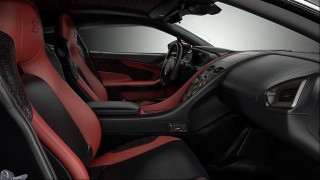 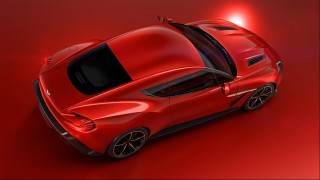 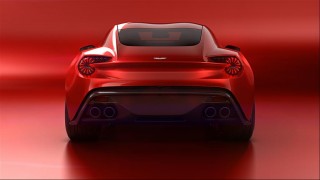 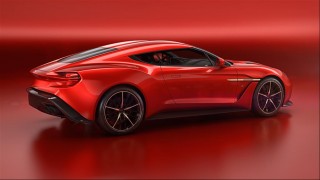 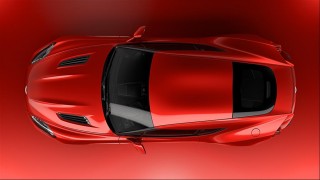 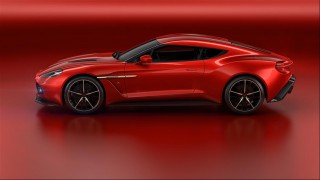 Tags:
Aston Martin Vanquish Zagato Sports Cars Super Cars
To Ecoboost, or not to Ecoboost? Is a Mustang RS t...
PORSCHE 356A SPEEDSTER