I don't know about you, but I like it when I discover something unexpected or new. The AC Frua Coupe is like that, definitely not new, but a surprise for sure. Until a few weeks ago, I didn't even know they existed.

How could I not know about such a timeless looking classic? If you picked it for Italian, well you're half-right, its Italian design but engineered and assembled in Britain by the company AC. In case you're wondering, yes it's the same AC famous for its association with the AC Cobra.

AC, formerly known as Auto Carriers Ltd, can trace its origins back to the turn of the last century having had a long and chequered history. They were placed under receivership several times and subsequently resurrected, to finally cease production altogether in the early noughties.

Their golden era was from the mid-sixties to the early seventies, which brings us to the exotic Frua Coupe. The reason you've most likely not heard of the Frua is their rarity, production numbers in total ran to only 81 units. Forty-nine in the style of fastbacks, twenty-nine as convertibles and three special bodied.

Pietro Frua, a renowned car designer of the period, penned the car, hence its name. The Frua displays all the hallmark styling techniques of a front engined supercar from the mid-sixties. The long nose, teardrop headlight fairings, shark gill side vents, wire wheels and sloping fastback roofline.

The Frua is an alluring car, purity of design is evident, with a no-nonsense look, and there are no adornments to clutter its lines. Casting your eye over the entire form, you notice subtle details, such as the tasteful use of brightwork, the delicate front/rear chrome bumpers, the power bulge on the hood; all add intent to its purpose. The Frua is something you'd be proud to own; driving one would have you stand out like the proverbial 'dogs balls'.

So then, why is the AC Frua under the radar? Apart from their rarity, they weren't that well received at the time of their release. AC tried to compete directly with the likes of Ferrari, Lamborghini and Maserati. Prospective clients couldn't come at the price of entry when similar supercar offerings had the same performance and the cachet of a long-standing exotic marque for less money. The uber rich are a fickle bunch and for the money asked, the Frua had to be near perfect and they weren't. The tubular chassis, for example, while sophisticated and robust, they were prone to rust. Heat from the engine bay tended to bleed into the cabin at levels that were uncomfortable, not good for a car costing more than an equivalent Ferrari. 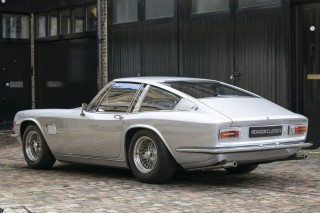 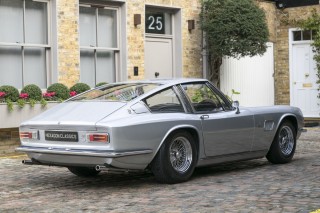 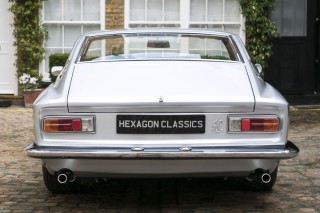 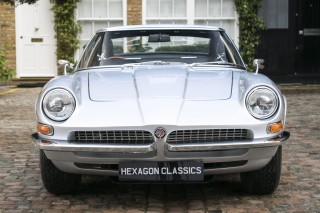 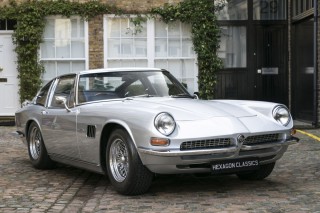 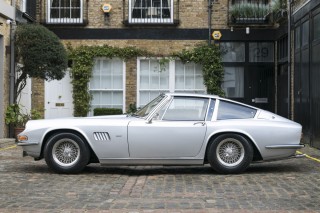 The AC Frua is special there's no misunderstanding there, by definition it's very much the supercar and for AC it was the 'LaFerrari' of its line-up. Based on a stretched AC Cobra chassis, it took the best of what Britain, Italy and the U.S. had to offer and combined it to bring racecar like performance to a road car.

The AC factory in England first constructed the Frua chassis, which were then shipped to Italy to have the body fitted. The body was predominantly steel with the bonnet and boot lid being aluminium. With the bodywork complete, the car required a return trip to England, where it would receive the drivetrain, trim and paintwork. It was a costly way to build a car, making it considerably more expensive than its contemporaries. No doubt, the build complexity contributed to AC financial woes and ultimately saw the Frua cease production.

For all that, it was still an impressive car and if AC had the resources to develop it fully it would have gone down the annals of history as one of the true greats. It featured fully independent race-inspired, adjustable coil spring suspension, and four-wheel power assisted disc brakes, cutting-edge for the time. It was made available with either FE 428 cubic inch big block V8 or a 427 cubic inch side-oiler V8, sourced from Ford. Rated as high as 400bhp depending on transmission fitted and state of engine tune, an imposing output for the mid-sixties.

What about the performance? The 0 to 60mph dash took just 5.2 seconds, still fast by today's standards, more so when you consider Ferrari and Lamborghini were struggling to crack 6 seconds at the time. Top speed of the Frua was north of 155mph. The handling was also right up there, derived from a car that had a significant racing background; the chassis is more than up to the task.

Would you like to own one? Despite their exotic nature, a Frua is still relatively affordable; $180,000 AUD should get you behind the wheel. Finding one, now that will be the hard part. 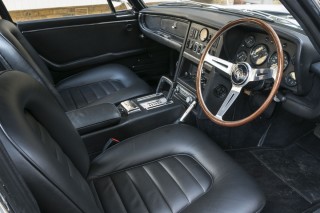 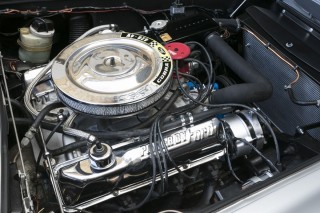 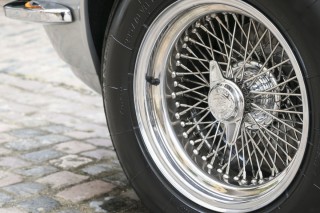 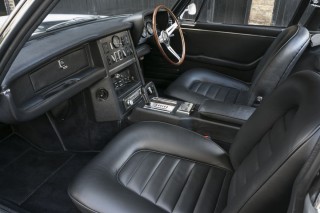