Game Review: Forza Horizon 3: Living in a land down under. Finally, it arrived; I've been hanging out to play Horizon 3 for a long time. Sandbox racing games are up there with my all-time favourites, Test Drive Unlimited 2 being one of my game Nirvanas. This whole technology thing, though, in some ways, it's going backwards. I chuck the disc into the Xbox console, pumped up with anticipation; but like a leaky balloon, I suddenly feel deflated. Ugh, the first thing, the game wants to install, and we're not talking ten minutes here! Then it has to run a 4 GB update, talk about snore fest, I just want to play the game.

To coin an Aussie turn of phrase, 'I was mightily cheesed off '. I decided to leave it for a couple of hours, 'so it could do its thing'. 50 GB later the game was ready to go; I guess that answers why you can't play games off the disc anymore, they're just too big.

So was it worth the wait and install hassle? Overall, absolutely. It's still not the perfect open world driving game, but with each new release, they're steadily building a more convincing virtual drive-scape.

​First impressions, the visuals are drop dead gorgeous, they are very convincing, almost being photo-realistic, and eye-candy assaults the optics. Of course being a car sim, it's all about the cars; the rendering of the individual models are so exquisite/accurate; you can just about see every nut, bolt and screw that goes into the cars virtual construction, the duco shines, you can even see the tread pattern on the tyres. It doesn't stop there, with so much detail packed into the interiors, you can almost smell that new car smell. The leather looks leather, the stitching on all materials used, is clearly visible, the dashboard, steering wheel, various controls and switches are all faithfully reconstructed, appearing just like the real thing. If you own one of the cars featured in the game, compare it to the virtual one; the recreation is so damn good you'll be staggered. It turns out the cars referenced in the game have been recreated based on their actual real world counterparts. Which makes it even more impressive, how did they get hold of some of the exotics on offer?

Still on the visuals, what is a car sim without a believable backdrop? Set in Australia, which is my home turf, 'down under' is fully realised. It takes visual fidelity to a new level and sets it apart. From the outback desert, which looks harsh and dry, you can imagine the red dust getting into everything. To the rain forests that you would see in northern New South Wales and central Queensland looking just as green and humid as the real thing, some of the suburban settings are so embarrassingly accurate you'll swear they took photos of the weatherboard house you grew up in as a kid and chucked it in the game. The actual road networks, it's all there, the Aussie-centric signage, to the poorly maintained surfaces of the secondary country roads tarmac. Anyone from OZ will instantly recognise the settings and anyone who loves cars and driving will have driven on all the different road surfaces used throughout the game. 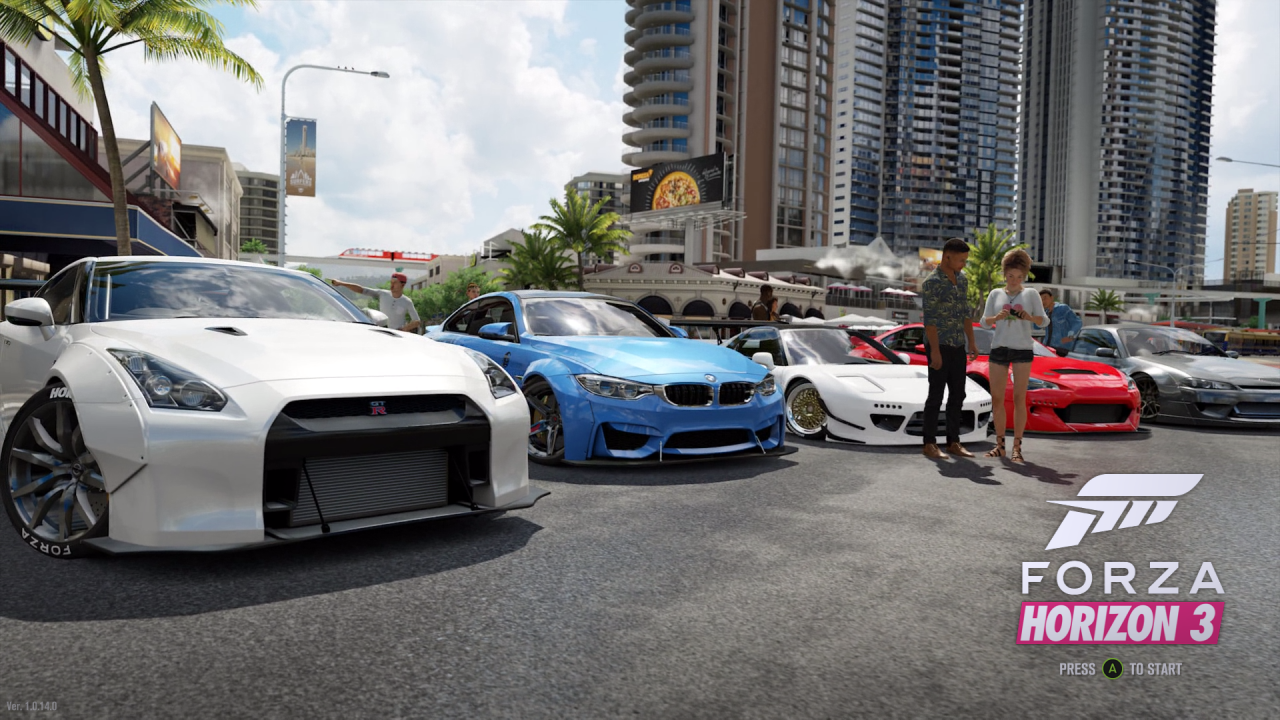 As I started exploring the Horizon 3 landscape, I said to myself, 'hells bells, I'm sure I've driven here before', in the real world, that is. The lighting effects used had my mouth hanging open, especially night time driving. The sense of 'being there' make it the most believable I've seen to date. The haze/halo effect around the street lights/sign posts, the reflections of the cat's eyes, the headlight beams from oncoming traffic. Your cars headlights pierce the night just as you would expect them to. The day/night cycle is breathtaking, the sunset and sunrise are so well done you stop your car, just to check it out. The glare from the midday sun will have you wishing you could pull down the sun visor. It is approaching the level of real and you are further immersed in the experience as a result.

The actual driving itself is not quite so convincing; if you're a fan of the genre and the Forza series, in particular, you'll know the Forza Horizon games are less serious about the driving than Forza Motorsport is. If you're looking for a hard-core racing simulator, Forza Horizon 3 is probably not for you. If you are looking for a more casual open world racing game, look no further, you will be happy as a pig in mud.

If you do play with the default settings, the feel behind the wheel is that of an arcade racer, it is stupidly easy and poses no challenge to anyone with a modicum of car racing game experience. I'm not talking about using the standard XBOX 1 controller, if that's your thing, you'll probably love it, the feel and response of the controls will be perfectly acceptable. I, however, am using a $600 Thrustmaster racing wheel and the default settings suck. The first thing I do when playing a racing game, is up all the controls to the most realistic options that are available, steering set to simulation, ABS off, traction control off, etc. Here I had my first real issue with the game, expecting realism and getting it, now that is another matter. For whatever reason, even though Horizon 3 is part of the Forza franchise, the driving simulation is iffy compared to Forza Motorsport 6, which is probably the pinnacle of current console driving Sims. Until I got my head around the fact, it's not a race car simulator, I'd be lying if said I didn't rage quit more than once, realistic driving dynamics there ain't.

Vicious understeer, followed by a snap to violent oversteer without any real warning or feedback through the wheel that it's happening makes for frustrating gameplay. Virtually no brake feel via the pedal also adds to the issue. I was ready to Frisbee the disk after about 4 hours of tedious gameplay, and I almost gave up on it. Once I stopped expecting realism and played the game within its limitations, it became real fun. It is a little disappointing, as playing Horizon 2 & 3 back to back, the driving simulation in Horizon 2 is more involving, still not realistic but better. I will say, the off-road driving dynamics are vastly better than Horizon 2 but I'm not a huge fan of off-road, I only do the off-road challenges because I'm a completist. 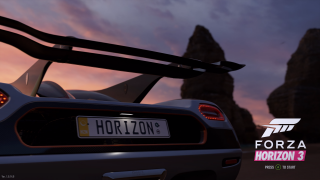 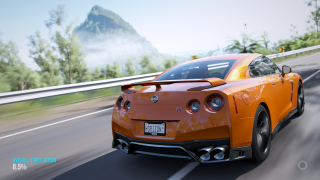 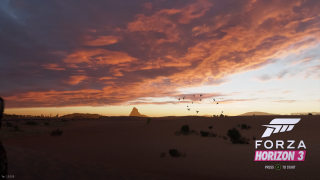 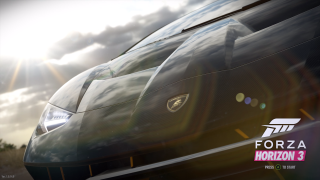 To all you developer gurus out there, if somehow you can combine the driving dynamics of Forza Motorsport 6, with the gameplay of Test Drive Unlimited 2 and the open world environment of the Forza Horizon 3 sim, you would have the perfect sandbox-racing simulator.

The actual gameplay itself, there are no real breakthroughs, but it does build on what was already solid from the prior two releases. The game imposes no restrictions on the cars that are available to drive, if you have the dosh, you can hop into a Bugatti Veyron off the bat. When I say the dosh, you can earn virtual currency, completing challenges or races, or you can spend real money to unlock cars you want access to. For me, part of the appeal is earning my way into the next new ride that I so desperately want.

New to the Horizon experience, you are now in charge of the festivals that are setup, and you unlock new locations and events by earning fans, it's an interesting twist and helps keep you engaged, another incentive to keep playing the game. PR stunts, also new, are another way of earning additional fans and can unlock more of the game world. Bucket list challenges make a welcome return and can tie in with the PR stunts. I loved the little touches that added replay value, such as the speed traps; they now have ratings, one to three stars. One star means you've made the grade, but hey, there's room for improvement, two stars, now you're showing some promise, three stars, you are king of the hill.

I went through a speed trap, driving a 2014 HSV GTS muscle car, it sprung up on me, so when I got a single star rating I was like, 'I can do better than that'. To gain a two-star rating required a speed pass of 274km/h. I just managed it, there was a decent curve in the road, and the dynamic limits of GTS were screaming 'game over'. It got up my nose I had to have the three-star rating which required a pass at 320km/h. Damn, I need a new car, I drove to the festival hub and put my hard earned money down, scoring a new Ferrari 488 GTB coupe. After two attempts, I hit the magic 320km/h mark, earning me the 3-star rating. I was chuffed. I felt a real sense of achievement, and it's one of the reasons I love these sandbox games.

Early on, the game throws a PR stunt at you, a rather outlandish race with a freight train, it all looks relatively straightforward. Then you realise you have to jump the train to finish the race. At which point the view changes, showing you your car spectacularly leaping over the train, all in slow motion. It was truly an epic moment, reminding me of classic car chase films like Smoky and the Bandit or The Cannonball Run. Fast and the furious for you youngsters.

From what I've seen so far, the game is showing me there is a vastness to its scale, it is like peeling an onion, you reveal a layer to reveal yet another layer. There is still a championship mode with your ultimate goal being to win it and become the Horizon Festival champion. You might be so sidetracked with all the other stuff on offer, you may never end up becoming the Horizon Festival champion.

I'm on my first 'barn find', it is where a rare car crops up that you have to search for, and once found it becomes part of your collection. It may be a little side dance, but it is fun, seeing it the first time as a wreck and then later resurrected in all its original glory.

The last thing I'd like to mention is the voice acting, for once, the Aussie accent isn't all, 'cooee cobber and too right'. It is heavy and probably leans to Bogan, but it appears they've used a real Aussie. Sort of like Steve Irwin, that is what came to mind when I first heard it.

To sum up, Forza Horizon 3 is a great game. It brings variety, depth of gameplay and visual fidelity not previously seen in the car simulation genre. I will be playing it for a long time, right up to the release of Forza Horizon 4. 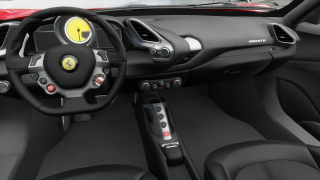 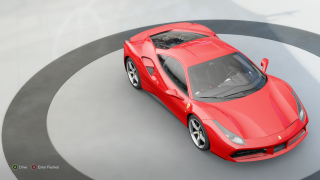 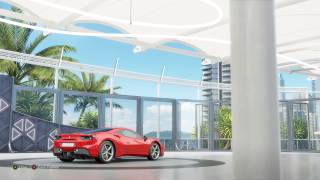 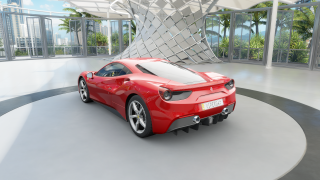 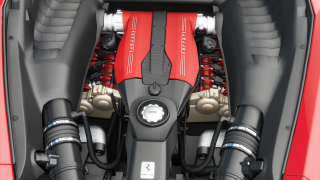 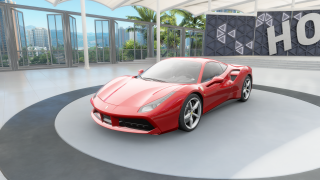