For a car that was never meant to be, the third generation Holden Monaro is destined to become a modern classic. If you're looking for an affordable muscle car that ticks all the boxes, a bonafide Aussie icon, a car that may appreciate as an asset (depending on what you buy and how you use it), look no further than the 2001-2005 Holden Monaro CV8.

First a little background. The original Monaro from the late sixties heralded many firsts for an Australian car; it was the first sports coupe to be entirely designed, developed and built in Aus, the first Holden to utilise a V8 engine, the first all-Australian car to win Bathurst. It was our answer to American pony cars such as the Camaro and Mustang, striking a chord with the Australian buying public, it went on to be a huge sales success. By 1977 however, muscle cars had fallen out of favour, with the worldwide petrol crises fresh in people's minds, car buyers were downsizing en-masse, Holden had no choice but to bring the axe down on the Monaro.

The Monaro lived on for many Aussies as a true blue legend, when the Holden Coupe concept, unveiled at the 1998 Sydney International Motor Show, it became clear the time was ripe to resurrect the badge. Totally unexpected the Holden Coupe concept was the star of the show. What makes it even more special is the Coupe was never intended for series production, only as a showcase for Aussie design talent.

Chief stylist for Holdens at the time, Mike Simcoe, assembled a team of like-minded enthusiasts to come up with the coupe concept. The entire design conducted after work hours. You could say a back door job, created as a labour of love. As to just how low key the endeavour was kept, with the car finally revealed, many of Holdens upper management didn't even know of its existence.

Reaction to the concept was universal, both the public and journalists alike raved about the re-birth of an Aussie car legend, the Monaro. Interestingly the Holden Coupe concept was devoid of any badges, the public had named the car and the name stuck. 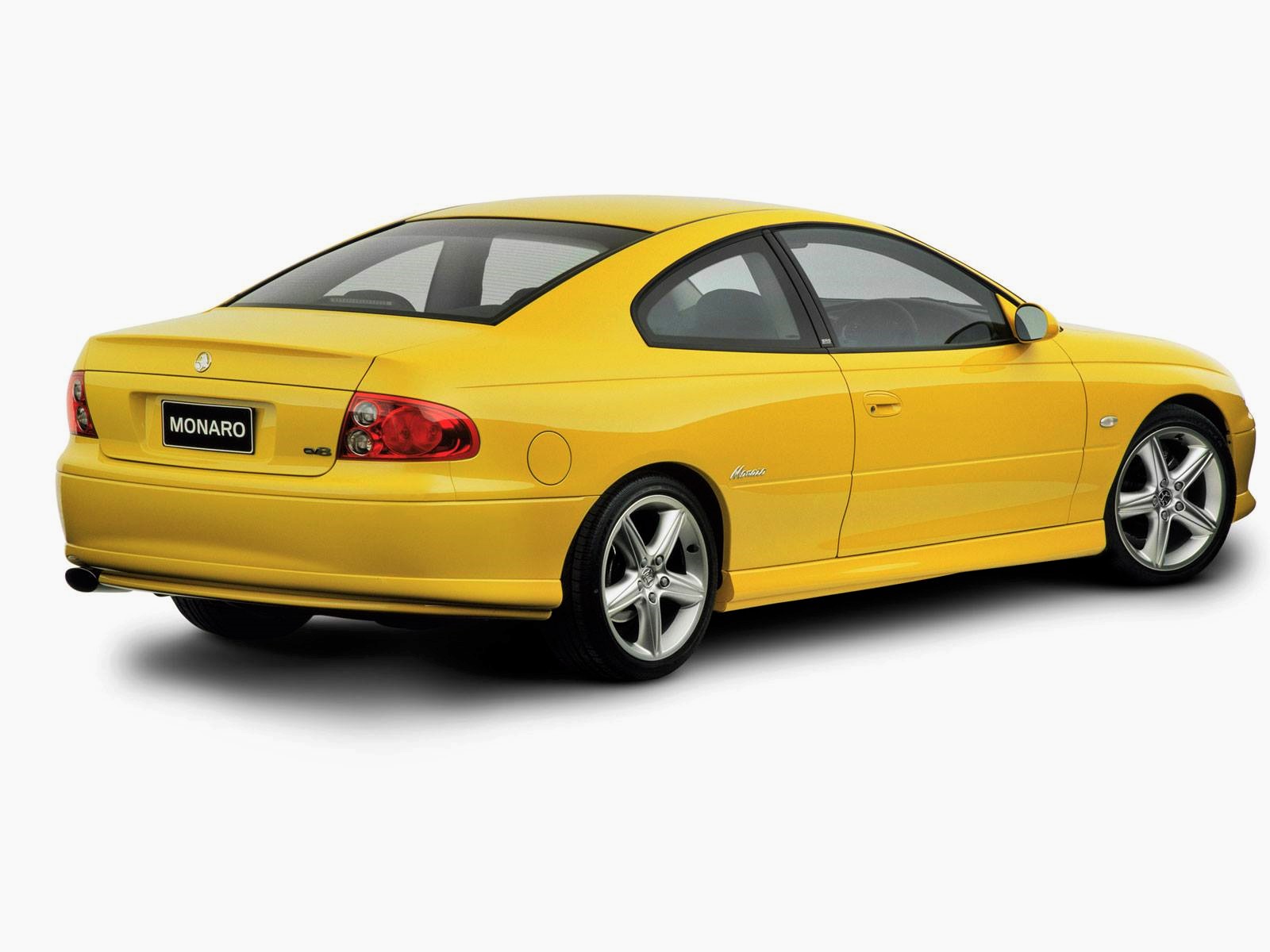 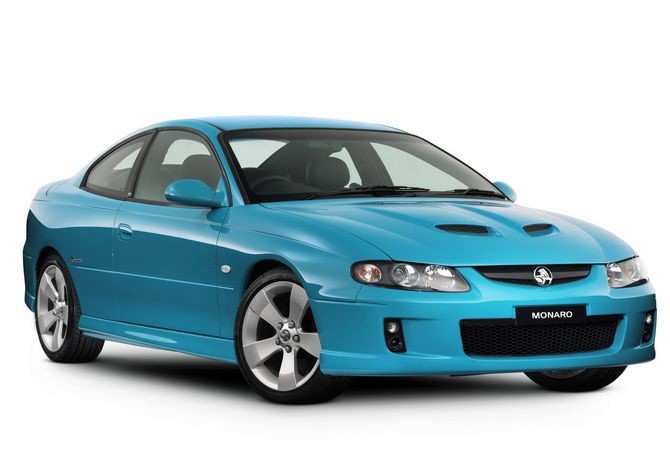 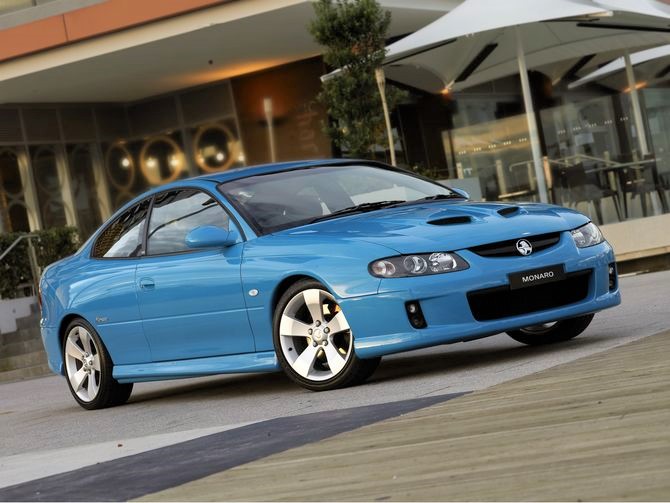 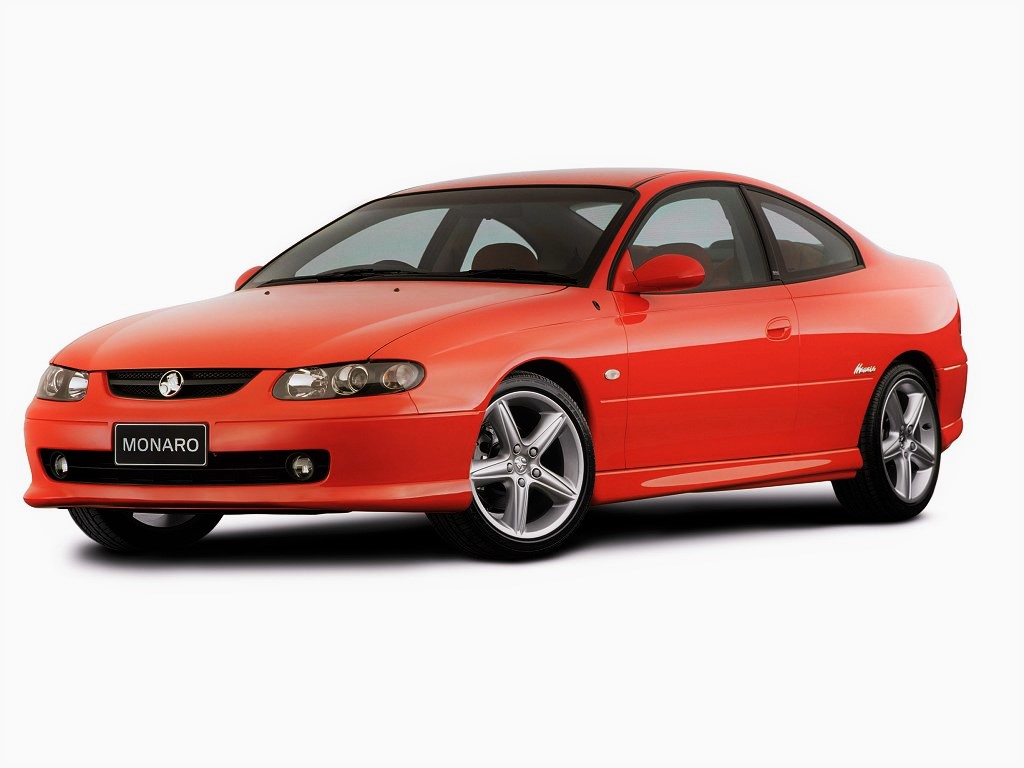 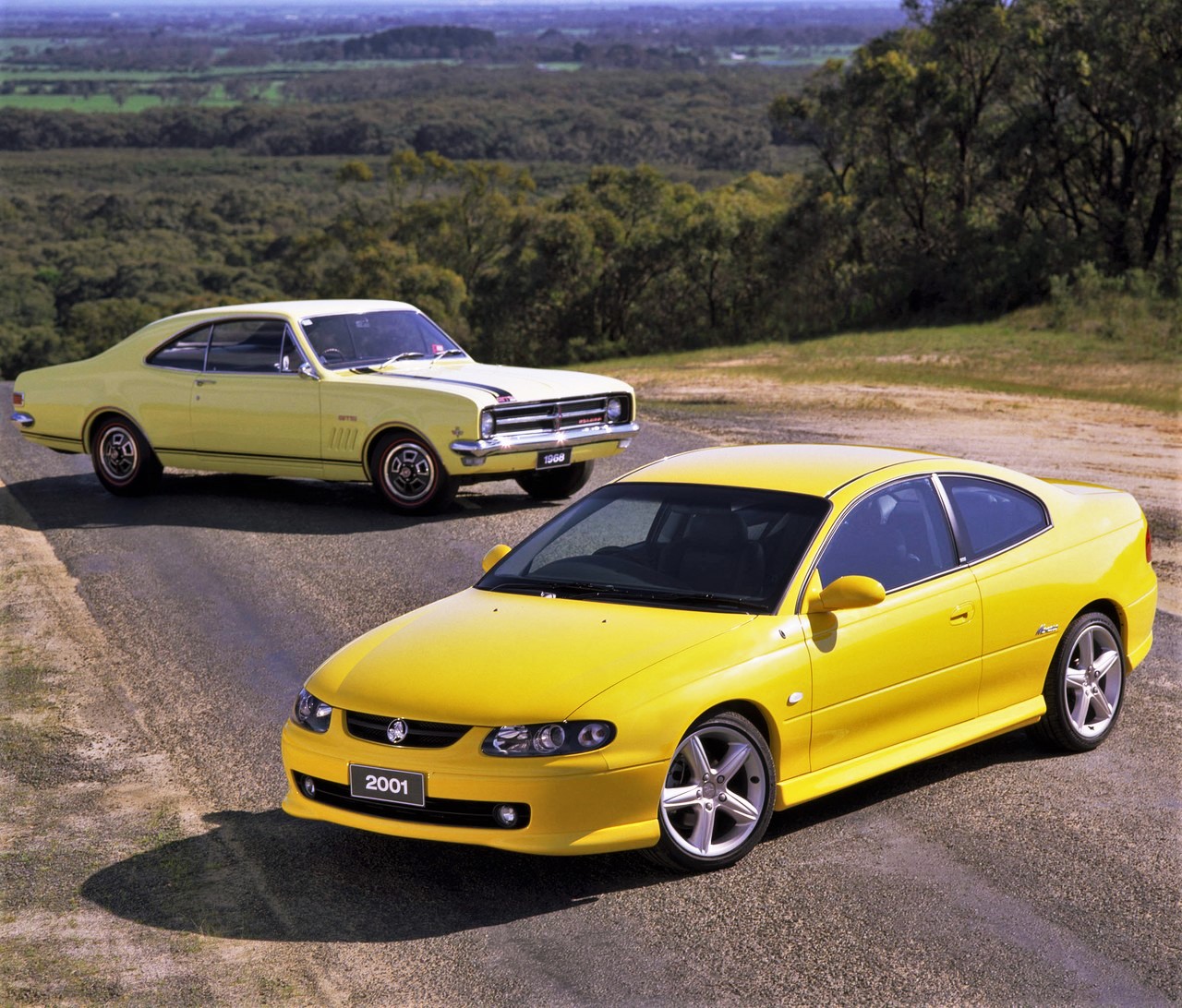 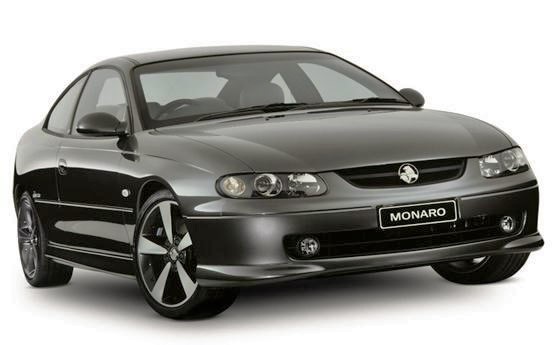 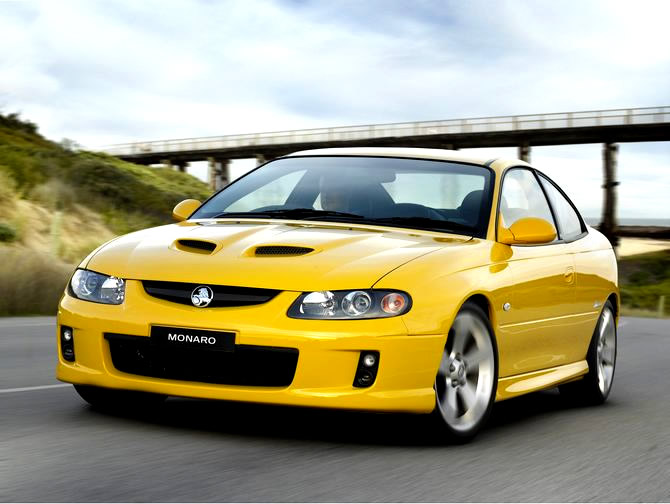 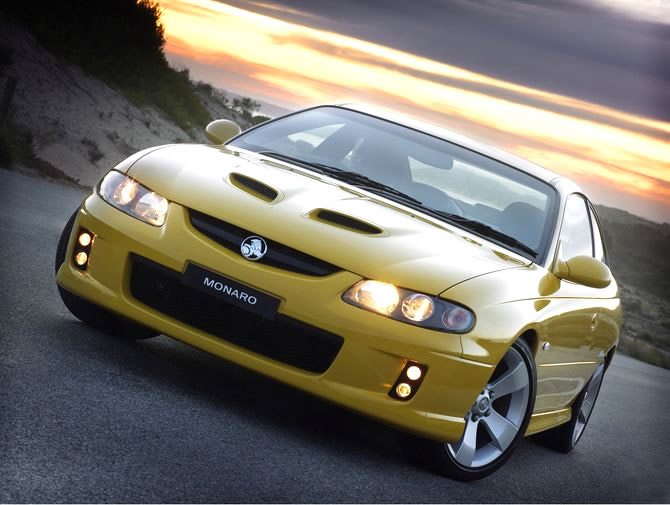 Pressure to put the Holden Coupe concept into production as the new Monaro was immense, Holden finally caved into the idea. For the new Monaro to be profitable, Holden needed to shift 4000 units, which at the time they thought optimistic. Eventually, more than 55,000 Monaro's left the factory during its lifespan, including exports to the UK, US, NZ and the Middle East, not bad for a car that wasn't supposed to exist.

Second-hand third generation Monaro's have held their value pretty well, as time passes and clean examples become rarer prices should start heading north. As it is $20K to $30K, AUD will see you behind the wheel of a well-kept car, remembering we are talking a vehicle that is now at least twelve years old, with the odometer reading somewhere between 100K-200K. Being the Monaro runs a brawny 5.7 litre all alloy V8, said K's shouldn't pose a problem unless the cars had a hard life.

The third generation Monaro is a relatively modern car, it has the finesse, durability and performance to be used as a daily driver if that's what you're after. Early CV8's suffer from fussy ergonomics and power is slightly down on later models but still present good value for money if you can get past those foibles.

The last of the series VZ's are the most highly sought after but are less pure aesthetically to the V2 Series III, the twin nostril 'snot-top' bonnet vents adds to its muscularity, but it's not a favourite with all punters. Other things to bear in mind with the VZ is a compromised rear boot space due to the fuel tank residing there, required for US export compliance. 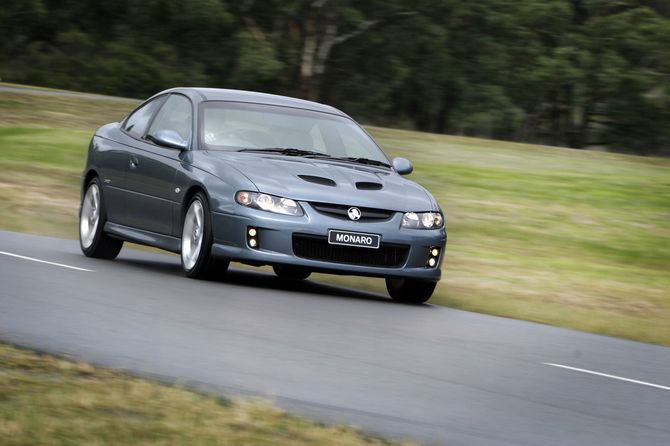 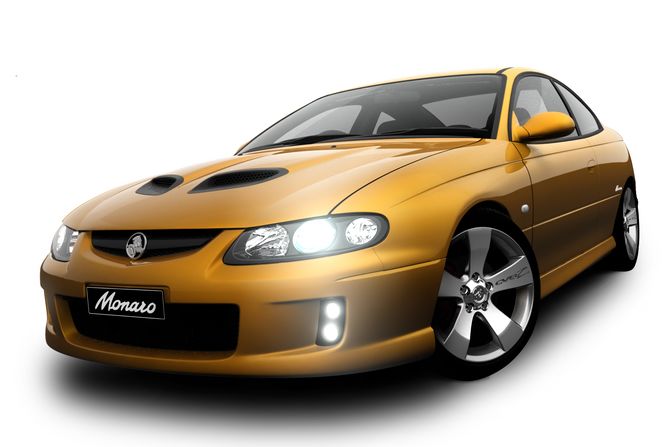 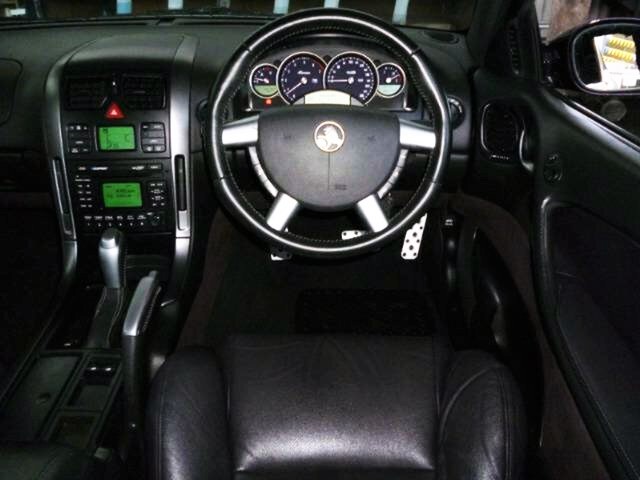 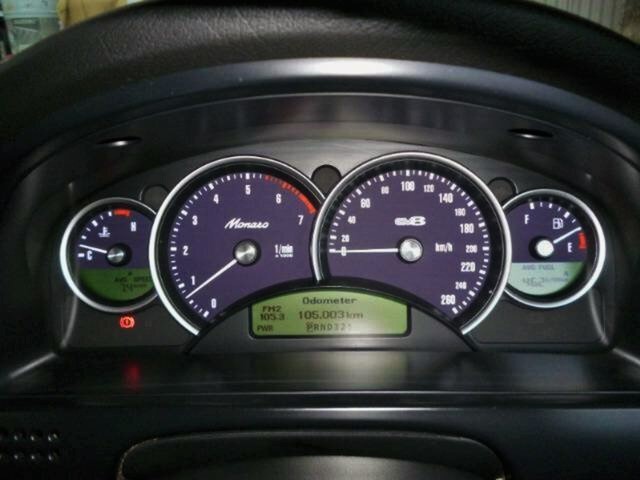 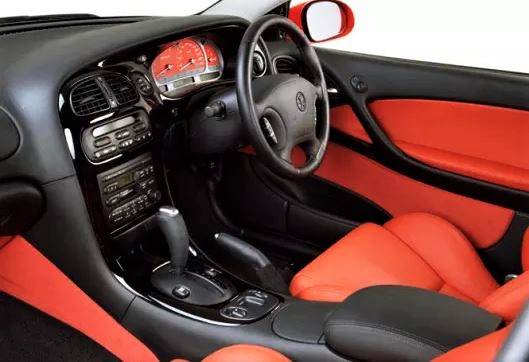 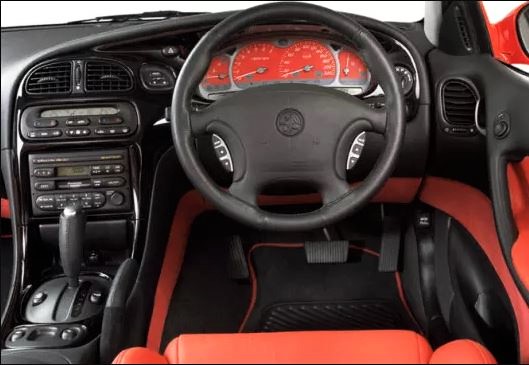 If your Monaro ownership is for future investment, you'd best steer away from aftermarket modifications; originality is the word of the day when dealing with collectors, it's what they'll be expecting. If you find a tidy car with aftermarket wheels, for example, inquire if the owner has the originals, aftermarket exhausts and brake upgrades aren't frowned upon too badly, but again it will come down to the expectations of the Monaro's next owner.

If your intention is just to have some fun, originality isn't going to matter that much and with the Monaro running readily available American running gear, there's a very mature aftermarket for performance upgrades that will make it go a lot harder.

Not that a standard Monaro CV8 isn't a hard charger to begin with, even the early models were good for 225kW and could dust off the 0 to 100km/h dash in less than six seconds.

The Monaro's underpinnings are shared with the Commodore it's based on, though it is tied down better and suspension tweaks combined with the lighter weight make it an entertaining drive and the perfect highway cruiser.

We've mentioned the car is relatively modern, that's not to be confused with 'high-tech'; Jeremy Clarkson fondly referred to the Monaro as 'meat and potatoes', who doesn't love meat and potatoes? The Monaro's simplicity is what makes it a more pure drivers car and quite the drift warrior if you're so inclined.

All up the third generation Monaro is a car not to be ignored when you consider Bang for your Buck, it's pure lines, excellent performance, reasonable value and it being the last all-Aussie sports coupe mean it should be on your short list.