The Sunbeam Tiger sports car was a collaboration between British manufacturer, The Rootes Group and American racing driver/designer, Carroll Shelby. The Rootes Group had the Sunbeam Alpine; a relatively successful two-door roadster running a modest four-cylinder engine. Its styling was similar to that of the AC Ace with which it was in direct competition as an affordable sports car for the masses. It was very popular in the UK, allowing a sporting drive if not an outright sports performance car.

Just like the AC Ace which famously became the AC Cobra, The Rootes Group saw an opportunity to create a high-performance version of the Alpine, using a V-8 engine. It was in the early sixties that they approached Ferrari with the idea of supplying the drive train, and the cachet of a 'Powered by Ferrari' badge was sure to have a positive impact on sales. While the negotiation appeared to be going well with Rootes and Ferrari, things turned sour and the deal fell through. 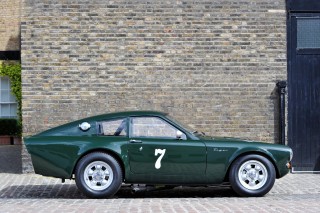 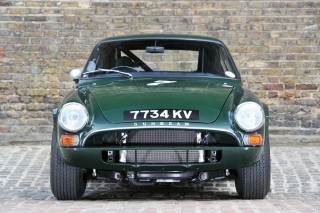 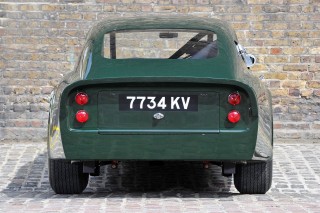 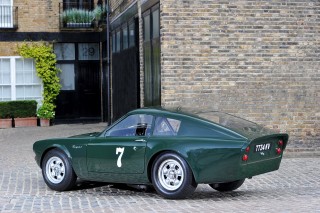 A great story in itself, Tiger development went on entirely without the knowledge of Lord Rootes, the owner. When he found out, he went into an apoplectic fit, swearing blue murder until he drove the test mule. Lord Rootes was so impressed with the development car that he approved the Tiger for production. That was somewhere around the 1962-63 period, Rootes were aiming for general release to the public in 1964.

This is where the Sunbeam Tiger Le Mans made its entry. The saying goes, "Racing improves the breed"; not only that, it's a sure way to increase interest in the car you're racing. "Win on Sunday, buy on Monday", was a big thing back then.

This was a concept not lost with The Rootes Group who commissioned three 'Super Tigers'. What's more, these Tigers (officially dubbed Sunbeam Tiger Le Mans), were to campaign in the 1964, 24 hours of Le Mans, arguably the world's most premier car race.

With fastback bodies by English coachbuilders, Lister and a drive train developed yet again by Carroll Shelby, they were virtually unrecognisable from the cars they were supposed to be based on. Costing a monumental sum of $45,000 US each to develop - that's $1.1 million in today's money! 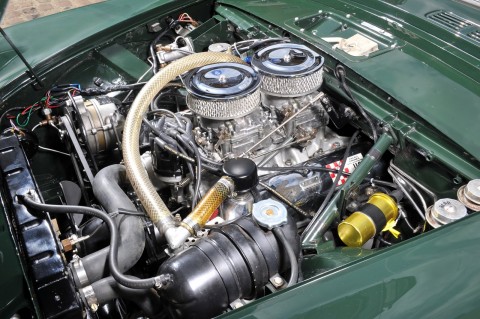 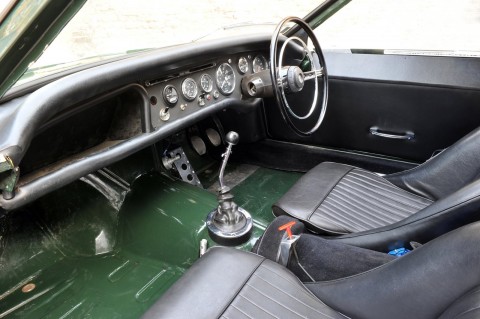 Was the money well spent? On the styling front, a lot of people found the Tiger Le Mans proportions a little odd; a super compact shape that was ahead of its time and has aged incredibly well. The combination of exposed mechanicals, the front suspension which hangs out when viewed from the front and the exhaust which pokes out either side. The gaping mouth, the short front and rear overhangs and the fastback rear with integrated spoiler are all styling queues we take for granted today.

The Tiger Le Mans racers had the makings of greatness but were underdeveloped. Featuring a highly modified monocoque chassis of the production version Tiger, in steel, everyone else had already made the switch to aluminium or other exotic metals/materials. As a result, the Le Mans version was 66lbs (30kg) heavier than the production Tiger at 2,615 lb (1,186 kg) and a worryingly 600lbs (270kg) heavier than the Ferrari 250 GTO, which was its class rival.

Fitted with a 4.2-litre Ford V8, four-wheel disc brakes and a BorgWarner T10 close ratio competition gearbox, that despite the cars rather hefty weight, saw it top out at 157.7mph along the Mulsanne Straight. Not bad for 1964 but not good enough to be competitive on the day; the two cars entered retired due to engine overheating issues. Had the cars been properly developed, they'd likely have performed better; there was no question that Shelby made a half-arsed attempt at preparing the cars and eventually refunded The Rootes Group the money paid for their race prep.

It's now all history; fortunately, all three Sunbeam Tiger Le Mans sports racers survive to this day. Occasionally they make appearances at classic events like the Goodwood Revival Festival where they get to flaunt their race pedigree as intended.