One of my closest friends is German, god forbid you get onto the topic of cars with him. As you can imagine, it's on - My hands waving in a flurry, exuding "Italian Passione", I argue that form over function is what makes a good car great. He on the other hand espouses precision, technical excellence and engineering, the form can look good but it must have function.

What I secretly don't tell him is that I love what the Germans do but the verbal battles we have are way too much fun. 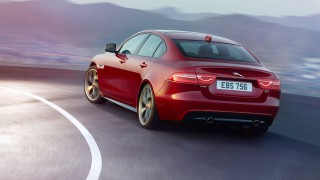 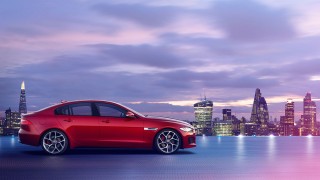 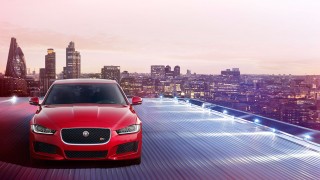 Sure the Germans can be a little uptight but they produce some wonderful cars, in the mid-size luxury sedan sector they are champions. They've been dominating so long though it's kind of getting boring. I mean how can I argue with my mate on the subject, when I know full well the Germans are nailing it?

Finally it looks like I can with the introduction of the all new Jaguar XE series sedan. From all reports it looks like we have a real contender to take the Germans on in the mid-size luxury stakes. The XE may have the goods to become the new titleholder. About time I say.

The Cat is back. Jaguar has attempted to take the Germans on before with the X series, produced from 2001 -2009. In that instance the Jag was severely mauled, an unmitigated disaster bagged for its faux retro styling; that and the fact it was perceived as a re-skinned Ford Mondeo. The Jag connoisseur couldn't come at that, how dare they sully Jag honour with a mundane offering - a Ford no less! Jaguar took their lumps and pulled the X series in 2009 as a result.

As for the 2016 Jaguar XE, it's a styling masterpiece. Finally a mid-size Jag that absolutely deserves the badge. "Darling, let's take the XE", might be as popular as, "darling let's take the JAAAGGG!"

The lines which the XE possess scream sports-sedan. From the long sweeping bonnet to the muscular rear hips. The roofline that tapers aggressively to the rear boot deck is almost coupe like. Front on, the open mouth cat grin of the grill and the front light treatment suggest feline grace. Rear on, there is a hint of Aston Rapide stance. Even the way the tires fill the wheel arches show a car that is perfectly proportioned.

All this extends to the Jags classy interior. Layout and ergonomics are on par with the Teutonic trio plus it's imbued with an English gentleman civility... rather good that.

As you'd expect, performance is going to be a close call. It's such a tightly contested sector; we're talking hair breadth differences model for model across the entire mid-size luxury series range. In this case we'll compare the Jaguar XE S with the Audi S4 and the BMW 340i.

Where the XE differs from its peers is that it's gone the supercharger route for its induction rather than the more conventional turbo. We have a 3.0litre double overhead cam V6 with variable valve timing, 4 valves per cylinder producing a peak power output of 250Kw @ 6500rpm and a peak torque figure of 450Nm @ 4500rpm. With a kerb weight of 1665Kg. This equates to a very quick 0 to 100Kmh dash of 5.1 seconds - a sports sedan indeed. 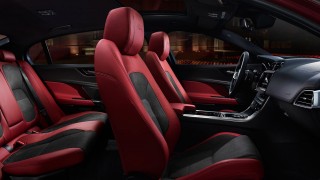 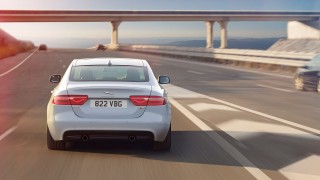 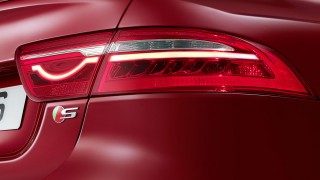 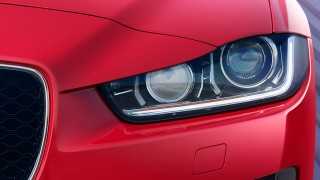 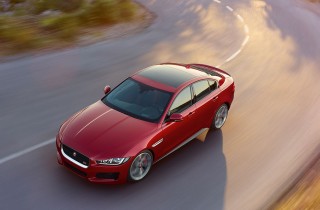 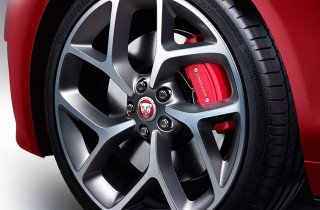 To spring board the performance on offer, the rear wheel drive XE S (all XE's for that matter) employs a sophisticated ZF eight speed automatic gearbox, the same unit employed in the BMW. It has been tuned to work seamlessly with the power on and is as rewarding to drive if left to its own devices or even when operated manually through the wheel mounted paddle shifters.

The car offers three drive modes - Normal, Dynamic and Wet Weather. Dynamic means you want to pick up the pace and is the most aggressive of the driving modes. It will hold gears longer, noticeably sharpen the throttle response and kick down sooner, augmenting the drama.

As to the noise it produces, this cat can snarl. It pops, burbles and fizzles on overrun and sounds truly glorious. Adding flavour to the cacophony, the subtle supercharger whirr as it piles on the revs enhances the delight further still. The Teutons all artificially enhance their induction note which is piped into the cabin as opposed to the Jags "a la naturale". If I was going to call it, again a win for the Jag.

Being a ground up clean sheet design, the development team that created the XE went to great lengths to make it agile. With extensive use of aluminium used throughout its construction and using the latest pressing techniques, the XE chassis is substantially stiffer than the competition. It also employs sophisticated double A arm front suspension and unique, Jag developed upper control arms with integral link rear suspension that ties everything down. This in turn means it's prone to less body roll and inspires confidence - you'll brake later and accelerate sooner knowing the XE can keep pace.

Braking is also stress free, the XE S is fitted with race inspired Brembo's all round.

The XE as a result is more composed, beautifully balanced, not bothered by mid corner bumps and road undulations. Turning it into a true corner carver with a nimbleness that belies its size and weight.

Finally we're told we have an electric steering setup that offers feedback and steering response that is in keeping with the XE's excellent chassis dynamics.

For all the performance on offer you'd be expecting an overly harsh ride, especially when you consider the XE S is equipped with 19" sports alloys, 225/40 up front and 255/35 - Not so. The damping is such that somehow Jaguar have managed to give a plush ride whilst maintaining sports ability. So often promised but so rarely delivered, while the Teutons do well on this front the Jag outscores them again. The XE is as refined as it's sometimes raucous and won't upset your better half when driving to a matinee. Such is the civility of the cabin, that under normal driving conditions the outside world barely intrudes.

The amount we're gushing suggests you'd think the Jag XE is the perfect car but as always there are some compromises. Rear seat room is not as good as the Germans and I hate to say it but it's form has outweighed function this time. The sloping roof line looks great on the XE but it limits head room for taller passengers. Fit and finish while very good still aren't up to what the Teutons can do.

Minor gripes aside it's pretty clear the Germans have something to worry about.

The new Jaguar XE sedan is truly special, and deserves to be the new mid-size luxury sedan champion titleholder.