Alfa Romeo, a long time player in car manufacturing, have been in the game for over a 100 years. They've had many high and lows and some would say their glory days are well and truly behind them.

Alfa Romeo is probably most famous for its racing pedigree, spanning almost 40 years, from the late 20's to the mid 60's and for a lot of that time, spent it in the winner's circle; that and they also played a large part in beginning the legend of Enzo Ferrari, who ran their sporting branch (The Scuderia) for most of the 30's.

Before Ferrari became a main player in his own right, it was Alfa Romeo who was generally at the head of the racing pack. So dominant was Alfa Romeo that when a Ferrari first beat an Alfa whilst racing at the Grand Prix, Enzo cried out, "I've killed my mother".

From that point on Alfa Romeo could never quite recapture the dominance it once held.

What they did have in common with Ferrari's was the spirit which made them so dominant in racing and this was often imbued into the cars they sold for road use. They fathered many classics that are almost worshipped by their fans, the Alfisti. 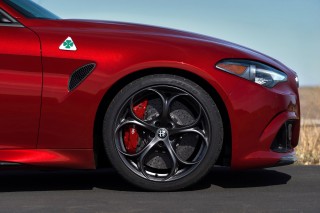 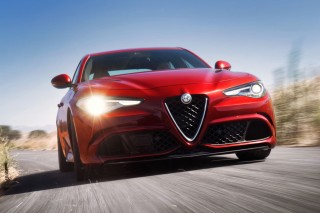 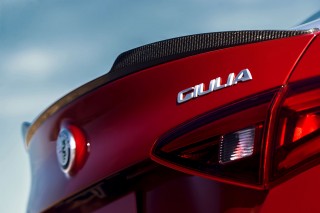 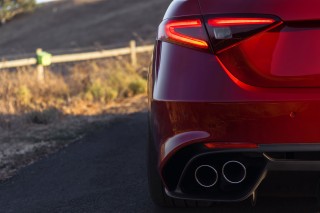 They provided a unique driving experience. This, for the Alfisti and not too much money, was the closest one could get to the racing car experience Alfa Romeo was famous for.

By the mid to late 70's the torch which Alfa burned so brightly, had all but burnt out.

There were a few bright sparks which followed, and there was even a phoenix in the shape of the fabulous 2007 8C Competizione Supercar - but nothing like the fire of old. I'm not going to mention the 4C (ugh, I just did), where the numbers don't add up. For the dollar spent, it should be better.

Up until now that is. Alfa Romeo's parent company Fiat have pledged to bring them back to their former glory by producing cars that are again both desirable and exciting to drive.

How serious are they? How about Five billion Euro's serious - yep, you read that right. Five billion or more than the GNP of Armenia.

Where has the 5 billion Euro's gone? Into developing a new platform that will form the framework of Alfa Romeo's entire future line up. Just to put it into perspective; it cost Mercedes Benz 2 billion Euro to develop the E-class launched in 2009. So, Alfa Romeo is deadly serious about becoming a major player again.

The first model to debut from the all new 'Giorgio' architecture is the Giulia. And yes, it's no accident that the name recalls the famous Alfa of old. I can hear the Alfisti screaming like giddy One Direction fans already. 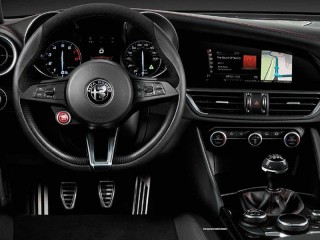 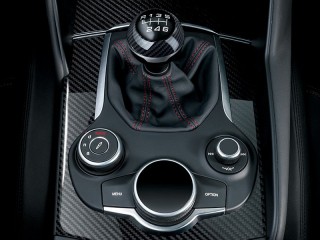 If there's one way to pull at the heart strings and help push a revival forward, it's to connect it to past glories. Not only has Alfa ticked the right box by naming its new car Giulia, they've also named the balls out performance edition, the Quadrofoglio - another nod to Alfa's successful racing past. Some of Alfa's most winningest race cars featured the lucky four leaf clover badge on their flanks.

What's my initial gut reaction to the all-new 2017 Guilia Quadrofoglio? There is an Old Italian saying used in cooking to describe when something is just right... "Al Dente". It's not over done or under done, so when you bite into it, it's perfect. Like everything said in Italian, it sounds so good.

I'm not going to lie, I have a thing for Italy. Their cars, their people and their culture. Nothing makes me happier to see Alfa Romeo be taken seriously again. For this to happen they need to deserve it and the new Guila Quadrofoglio looks like just the car to do it.

How does rear wheel drive with a total output of 375kW (503hp) and 0 to 100km/h in 3.9 seconds sound? If you're thinking that sounds just sweet, then you and I are in agreement.

Let's get the obvious out of the way first and address what's already being mentioned. Essentially what we have here is a 4 door Ferrari. Alfa Romeo is going to great pains to express that the car is truly unique to them and no Ferrari has ever offered cylinder de-activation or 4 doors. It's all, no, no definitely no Ferrari here.

The reality is that both ex Ferrari and ex Maserati engineers have had major roles in the Guilia's development and that's no bad thing. In the case of the engine for the Quadrofoglio, one of the chief engineers involved in its gestation, Roberto Fedeli, also had a hand in the F12 and LaFerrari... that's some powerful cred right there. 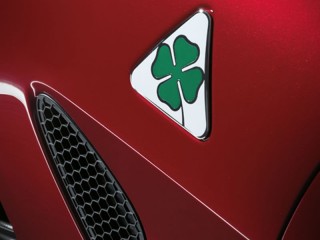 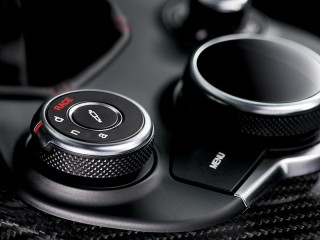 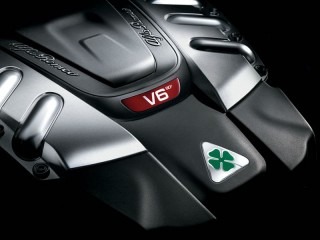 From a styling point of view it has the Italian looks and flare that mark it unmistakably an Alfa. Carbon fibre abounds and makes up diffuse components such as the bonnet and drive shaft. The carbon front splitter is adaptive and its position varies according to the cars speed.

The rear diffuser is a sheer work of art and would happily sit on the rear of any current supercar you care to mention. The 19" alloys are both retro and new at the same time and add drama to the Quadrofoglio theme with the gunmetal grey really adding to the beasts sports nature. The overall aspect of the Guilia is up there with the current crop of Audi, Merc and Beemer super sedans and for my money has the edge on its competitors.

When we look at the interior, again you can't help but make Ferrari comparisons. Alcantara is used liberally throughout, there is a start/stop button mounted on the steering wheel a la Ferrari, there is even an equivalent 'bumpy road' button to soften the damping on less than perfect road surfaces.

Overall the interior is a cohesive habitat that any enthusiast would be happy to live with, though some of the hard plastics presented may be a little underdone for the asking price.

For the driving side of the equation, the Twin Turbo front longitudinally mounted 2.9 litre V6 sounds amazing and would embarrass an M3 on soundtrack. Top whack is a claimed 306 km/h. With 375kW on tap, you'd expect it to be thirsty but with cylinder deactivation, Alfa is claiming 7.8 litres per 100km. Very impressive but I doubt many Quadrofoglio drivers will buy it for its economy.

The car sitting idle has an exhaust throb of such muscularity that you question, is it really only 2.9 litres? Power delivery is so smooth it feels slower than it actually is.

For the Australian market we will only be seeing the 8 speed ZF auto, which is essentially quicker than the 6 speed manual. As we've seen across the board, the ZF transmission is a praiseworthy unit and almost as responsive as a dual clutcher.

The car comes with three main drive modes; active efficiency, normal and dynamic. Active efficiency for when you want to go the econo route, normal for your day to day driving and dynamic which sharpens the gearbox, suspension, throttle response and allows more play when the ESC controls step into the game.

You can turn off the ESC altogether by enabling race mode, which is signified by an ESC OFF light on the dash but it's really only meant for track work, so you'd better know what you're doing if you do.

This is a properly sorted nimble sedan with quick steering responses, outstanding braking via the carbon ceramic rotors and all the tricky adaptive driving aids we expect from a modern sports sedan. Being very pointy and direct, the car inspires confidence. With a dual clutch rear diff, splitting torque as required to each rear wheel helps keep the car progressive and predictable at the limit... and the limit is indeed very, very high.

So, the Alfa that's not a Ferrari but like a Ferrari, a true return to form then?

Yes, amen and hallelujah, I think so. 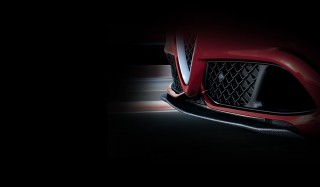 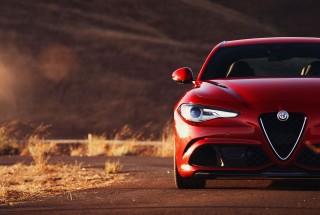 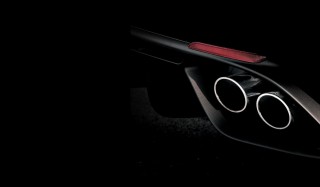