Subaru Levorg! Who comes up with these names? The first thing I thought of when I heard about the new Subie was aliens from Star Trek - that or some Swedish art nouveau furniture that I'm supposed to think is magnificent but looks more like a torture device. Strange cats those Swedes.

The Levorg appears aimed at the family man who wants the fun of a WRX but has had the red card pulled out by their better half, which sounds a little something like this, "You can't have a WRX, it's just not practical, it's too loud, it's not comfortable... etc etc".

If you're facing such a proposition, I feel your pain... the Levorg then, may be for you. 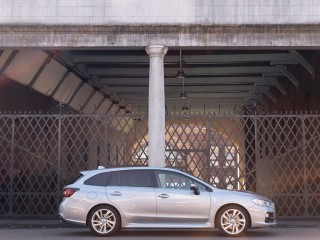 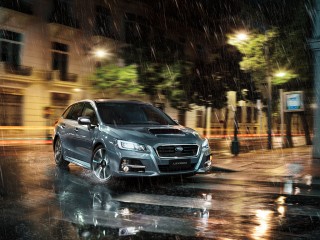 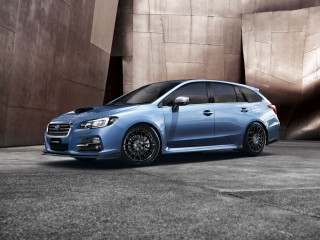 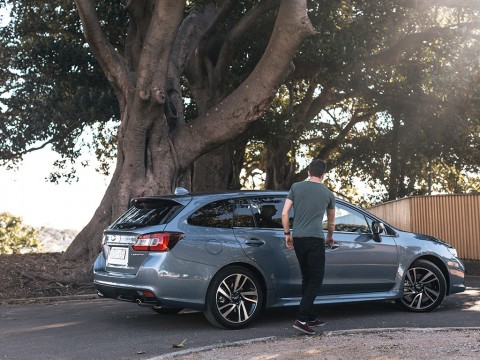 Let's get the obvious out of the way first. Even though the Levorg shares the same platform as the WRX, it is not simply a rebadged WRX Wagon. The suspension tune and CVT only transmission make that very clear.

What it does share with the WRX is the 2.0litre 4 cylinder boxer engine, pushing out 197kW peak power @ 5600rpm and relatively meaty torque band of 350Nm available from 2400 – 5200rpm, the same proprietary all-wheel drive system, the same styling from the front door on and an interior that is virtually identical.

The Levorg comes in three flavours; the base GT, the GT-S and the GT-S spec B. All are highly spec'd and include Subaru's proprietary 3rd gen EyeSight crash avoidance system. This means emergency braking, collision avoidance and adaptive cruise control. The car has stereoscopic vision via two windscreen mounted cameras with the ability to track up to 16 objects simultaneously at up to 100 metres distance including brake light recognition. Impressive stuff which works relatively well in the real world. It's not perfect but it is a step on from what we experienced in a similarly outfitted Subaru Outback. Also standard is a reversing camera, 6.2" touch screen infotainment system, dual zone climate control, electric park brake and 18" alloys.

Go the whole hog and tick the GT-S spec B option and your Levorg will be blinged up with parts from the STI bin. These are mainly limited to cosmetic additions but do include a stiffer front end with the fitted STI front tower bar. Other STI goodies include, STI Shift knob, STI Front spoiler, STI Side spoiler, STI Rear under spoiler, STI Rear side under spoiler, STI Push-start ignition and STI Roof end spoiler. I particularly like the STI 18" black alloys

The Levorg gives fairly decent boot space as well. At 486 litres with the rear seats upright, weekend travel with the family won't be an issue. Fold the rear seats down and it's a fair cargo hauler too, the low loading lip and flat loading area mean it will swallow a lot more stuff than you think. 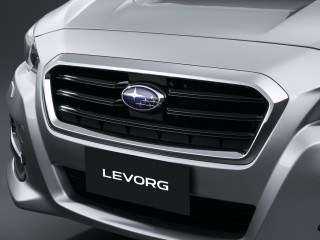 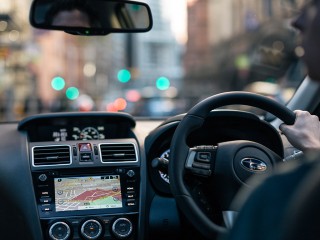 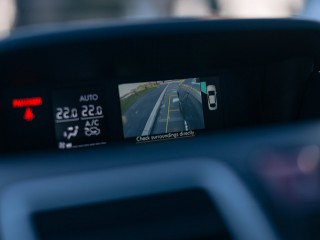 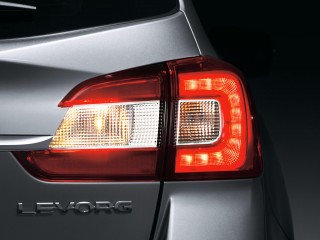 From behind the wheel everything is going to seem very familiar to a WRX owner. It's when the proper driving starts where the differences become apparent. The extra weight and overhang of the Levorg is telling. 0 to 100km/h happens in around 6.5 seconds so it's no slouch and if you're in the meat of the torque, acceleration is especially brisk. For how it's marketed it's better than good and it hauls fairly well.

Handling is poised, as you'd expect from an all-wheel drive system and inspires a lot of confidence, grip levels are very high and it tracks true. Push the Levorg further and it starts to run wide with increasing amounts of understeer the harder you press, at that point you need to back off or you'll be reworking the body panels via the Armco. Visibility is a strong suit, with the B pillars not being too obtrusive when looking over the shoulder.

The ride is probably where you'll notice the most difference between the Levorg and a WRX. It's definitely a much softer setup and around town it is family friendly for sure. That's not to say it wallows or rolls overtly on the twisty stuff, it's just not as well planted as the Rex, but for day to day driving you'll be making the little vegemite's happy and that's what counts. This suspension tune is specific to Australia, apparently other markets have an even softer suspension tune.

Like the WRX, the Levorg has 3 predefined drive modes; Intelligent, Sport and Sport Sharp. Switching modes changes the ECU tune which progressively becomes more aggressive as you up the ante. The intelligent mode being for day to day driving, encourages fuel economy and smoother power delivery over dynamics and acceleration. Sport Sharp at the other end of the scale sharpens the throttle response, alters the CVT stepping and puts the suspension into its firmest settings. Changing drive modes definitely changes the driving characteristics of the car, enthusiast drivers will likely leave it in Sport Sharp and simply be done with it.

Overall it's a competent package and has all the technology and safety that you'd expect from an all-wheel drive wagon marketed with sport leanings. The CVT transmission however is its weak link, leaving the Levorg crying out for a traditional manual or a ZF eight speed auto that is now in just about everything with some street cred.

CVT transmissions have come a long way and Subaru have gone to great lengths to make this particular unit feel naturally progressive by adding steps to mimic manual shift points. Six steps for Intelligent mode and Eight Steps for Sport and Sport Sharp... Steps, schleps, I say. There's a disconnected feeling between how the CVT behaves and how you expect it to behave, even in manual mode it still feels artificial. To be fair, it doesn't flare and it's not rubbery like earlier CVT's and it will respond to inputs from the wheel mounted paddle shifters, but the enthusiast driver will pick it easily as not the real deal. It's a pity because the Levorg, sans CVT is worthy of the GT wagon moniker, so we question Subaru's choice of fitting a CVT only. 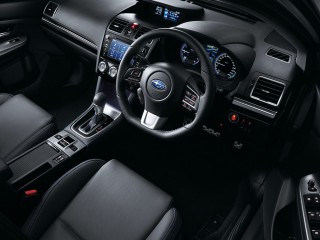 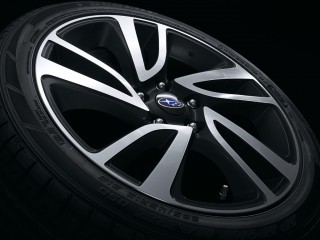 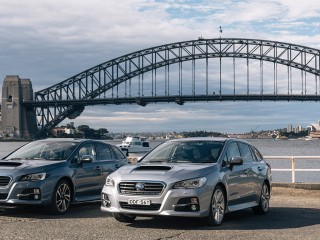 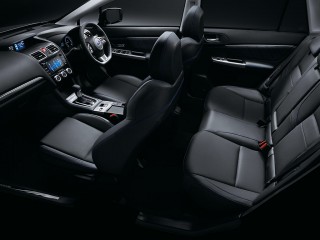 CONS
Maybe a little too soft for some.
Too expensive, especially in B Spec trim.
CVT only transmission.
Doesn't quite live up to the Liberty GT Wagon legacy.