It's been a long time coming, and it's sure to please fans as BMW enters the supercar fray with the Concept 8 Series Coupe.

It's been almost twenty years since BMW's last take on a supercar, the E31 8 Series built from 1989 to 1999. While the original 8 Series Coupe was the Marques halo model for the period, BMW marketed it as a supercar, the press, however, was universal in their assessment it was more high-end GT cruiser. Although it undoubtedly possessed supercar lines, a Super GT maybe?

This time around there's no mistaking the Concept 8 Series intent; it looks like Aston Martin is in the cross-hairs as the aggressively styled Coupe echoes some of the brands styling techniques, yet manages successfully to make it their own. 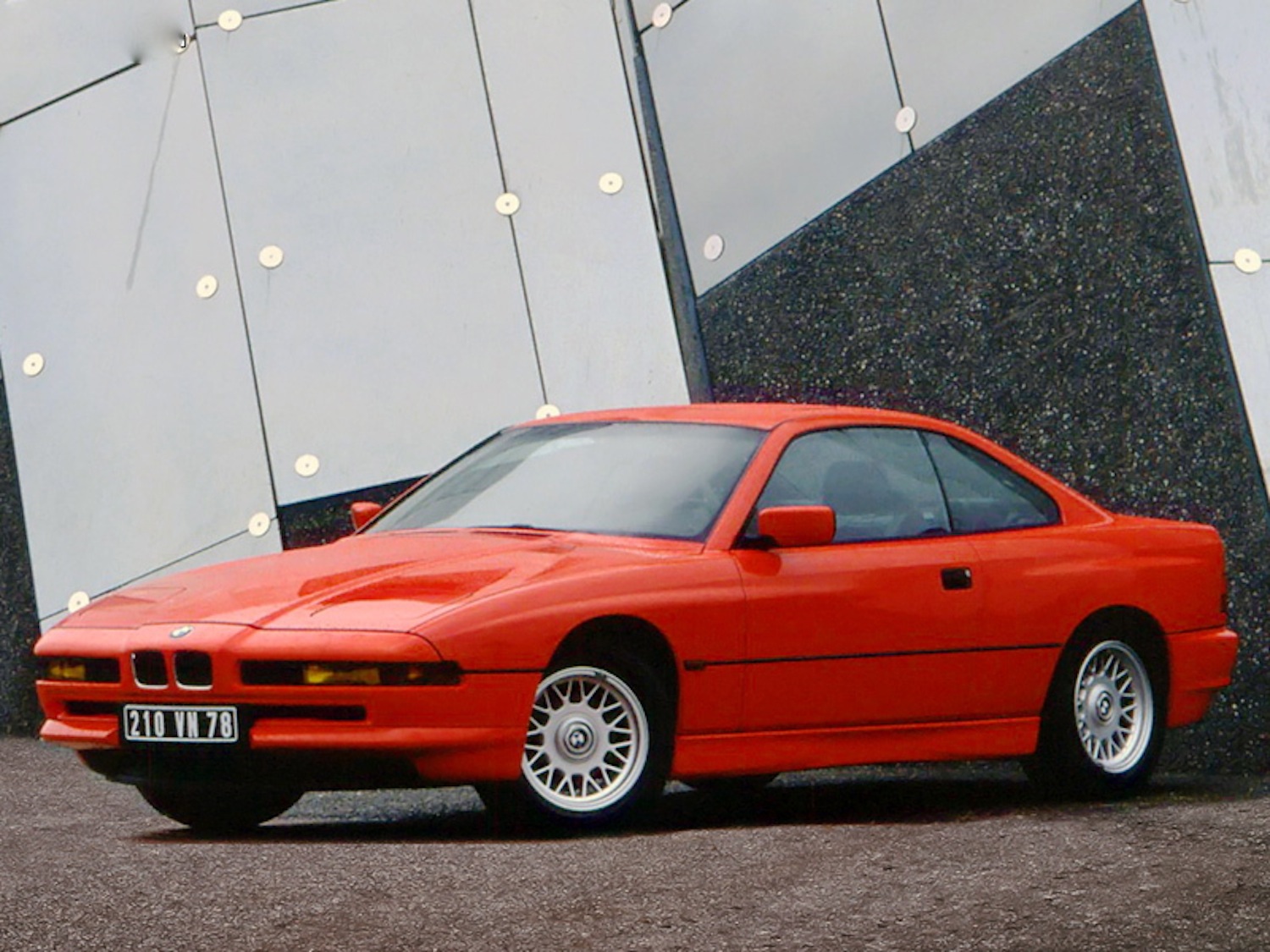 All we can say is, damn it's a stunning looking automobile. While there are hints of Aston about it flanks, there's also touches of Ferrari (the scalloped sides), Ford Mustang (sloping bonnet and roof line), with the balance of styling being typical BMW (the huge chrome twin kidney grill and headlight treatment). While that could sound like a recipe for disaster, so artfully is it blended that it looks like sex on wheels.

The good stuff doesn't stop there, to add to its supercar the M8 Series flagship, slated for sale in 2018 will feature a thumping twin-turbo 4.4-litre V8.

The 8 Series range is said to replace the existing 6 Series, which will remain as a liftback only. While the Concept 8 is a design study, it is said to be more than indicative of the production version. 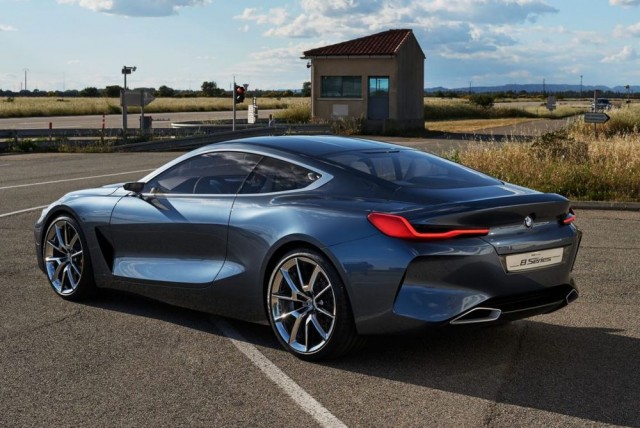 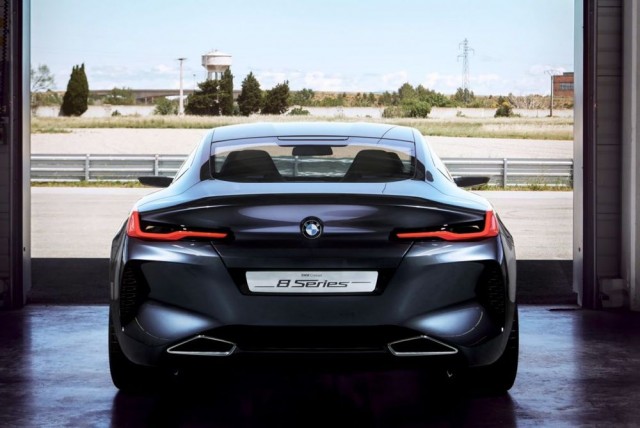 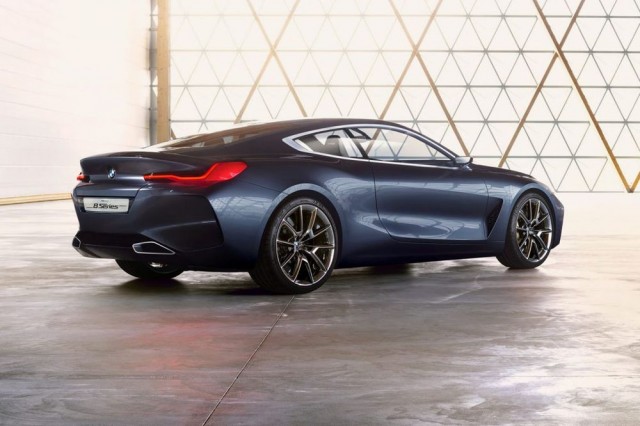 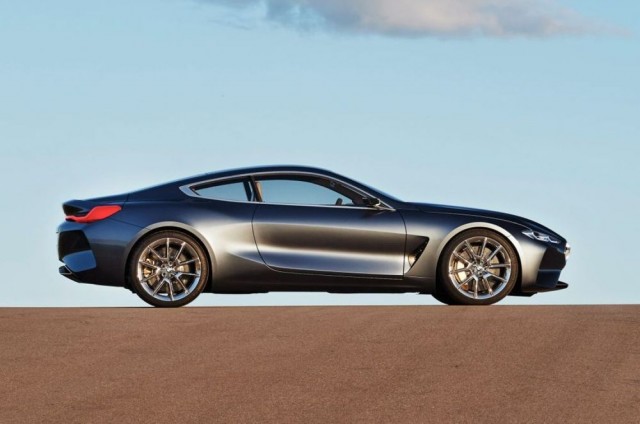 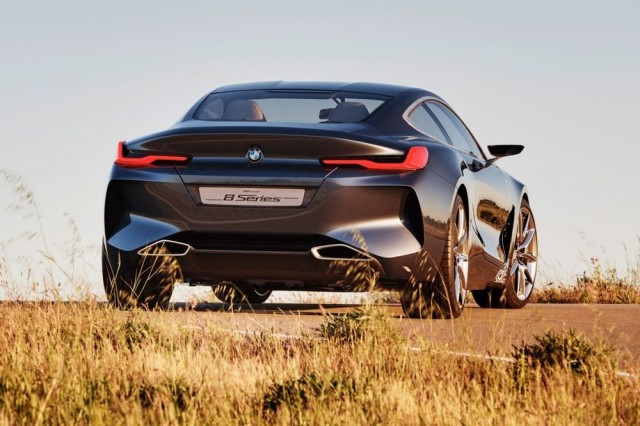 Other high-tech features that are supposed to be making production include the option of 21" inch alloy wheels from the concept, rear wheel steering, continuously variable air-sprung suspension all round. There's also talk of an XDrive all-wheel drive option for the drivetrain, even for the M8.

The 8 Series will be the most technically advanced BMW to date and feature weight saving exotic materials in its construction, including, carbon fibre composites used as load bearing elements. BMW says the end result is a kerb weight that is class leading.

We can't wait to see this Bavarian Bahnstormer hit the streets.