And on the 8th day, God created Ferrari Give me a moment... I'm a little overwhelmed. As I stare at this car I hear angelic choral music. I am moved to almost another realm, such is the presence of this automotive icon.

What can be said that hasn't already been said about this famous marque?

We all know they're sexy, alluring and out of reach for most but the world would be a poorer place without them. 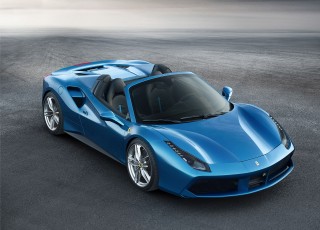 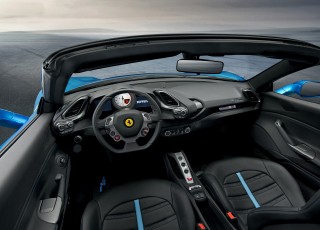 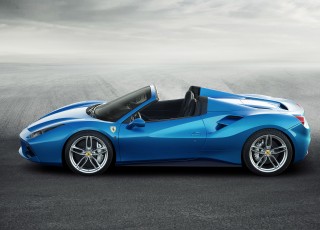 This time around we're talking about the car porn which is the Ferrari 488 Spider, ostensibly the drop top version of the recently released 488 GTB. The 488 series supersedes the 458 Italia, widely regarded as the prettiest Ferrari since the 308 series of the mid 70's. Whilst the 488 is an evolution of the 458 it clearly stands on its own right. The 458 is definitely pretty but the 488 has a more muscular stance. No one is going to mistake the 488 series as a wannabe. It's as if the designers at Pininfarina said, "The car, she is too pretty, we must toughen it up so they know Ferrari means serious business." And 'business' she is.

Remember this is the entry level Ferrari we're talking about here. So much progress has been made in the last decade that the car is quicker point to point than the super exclusive Enzo.

We're now reaching a stage where the technology which current sports cars employ, that which without electronic driver aids, would make them almost un-driveable. What the purists out there are bemoaning, is that all this outright performance is at the cost of the driver experience. I mean, how fast is too fast? Where the driving has been so sanitised it's more like a video game than real driving. 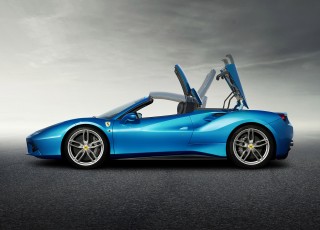 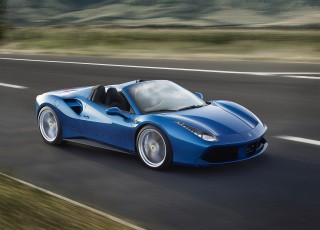 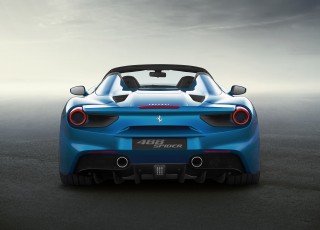 This is where the Ferrari shines. They've been sensitive with how all the technology comes together, enhancing the overall experience, not detracting from it. For us mere mortals who are not Sebastian Vettel, we get the thrill of feeling like we're race car drivers without killing ourselves in the process.

Take for example the 7 speed dual clutch transmission; it swaps ratios with such swiftness and precision that employing a manual clutch would hardly make sense. The cars relentless acceleration is just too fast for the two foot dancing which would be required.

Everyone's also been banging on about the sound - "now they've gone turbo, it won't sound any good and it won't sound like a real Ferrari". Well do yourself a favour and check out the umpteen million videos on YouTube regarding the 488, crank up the volume and tell me if there is anything wrong with the sound. It may not be the same orchestra as the 458 but they can play at my house anytime they want.

So why choose the Spider over the regular GTB? Gone are the days that dropping the top meant dropping driving capability. The 488 Spider, with the top in place is virtually indistinguishable from the regular GTB and from our point of view several degrees cooler. Hell, I'd be happy with either but if we're spending that sort of money, why not go all out. When the mood hits, the folding hard top only takes a mere 14 seconds to retract neatly into place, even on the move (provided you're doing less than 45KM/H).

If you've experienced open top motoring, everything becomes more alive. The sounds are nearer, the expanses seems broader, the aromas wafting into the cabin - add a dash of sunshine and you have driving bliss.

So can it get any better? Every time the car community says, "no, this is it we've reached the zenith", artisans like Ferrari prove us wrong... but I can't concentrate on that. I hear angels singing and the Ferrari beckons.
Picture Source: Ferrari 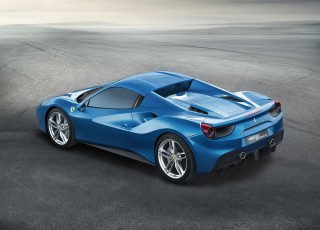 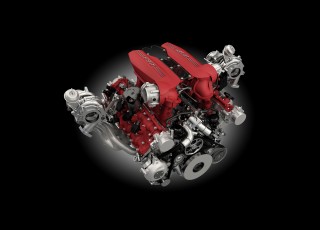 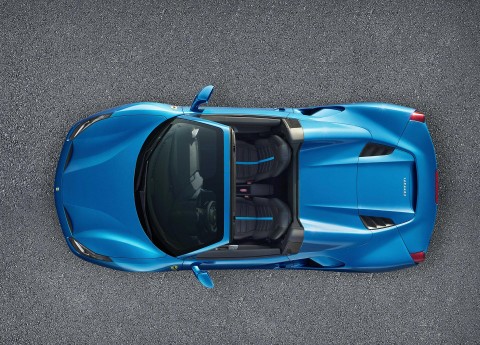