The Driver
THE BUZZ
4679 Hits
0 Comments Sneaking onto our screens in 2012's The Avengers, as Tony Stark's new ride, it had us all drooling and asking, "what the hell is that?". Mostly we were just cursing the enviable 'genius billionaire playboy philanthropist' because he's always got cool sh!t to play with. Damn that guy.

This was the entry point of the new Acura/Honda NSX concept, rendered as a spyder no less, sculpted over the chassis of a '91 NSX. The interweb went wild with posts and demands to the manufacturer once the Acura badge was spotted. After the crowd went wild, Acura had its answer as to whether a confirmed concept should be developed for future production. Oh you clever bunch.

What came after, which will soon grace our showrooms would even make Iron Man proud were he to stamp it with a mark number like that of his suits. This became a vision which a design team could only lavish over - you only have to look at it to understand. Fortunately, what this car promises will not only be skin deep - it hits the green button (that's code for 'environmental concerns') and punches it on the performance meter too.
Do we like it? Hells yes we do. 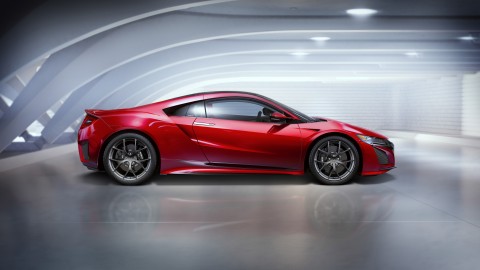 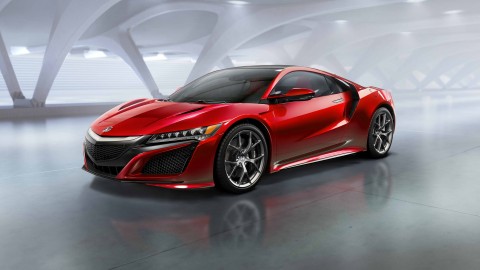 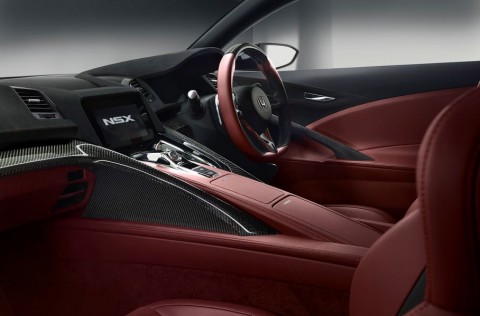 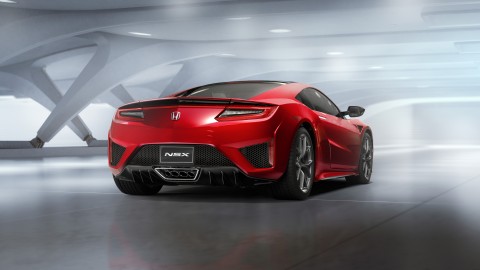 Three electric motors - wow! It looks as though the NSX, like its forefather will be another great contender, with it's cross-hairs set on the likes of Ferrari for half the price tag. The original NSX challenged its rivals so competitively by embracing new and cool tech - it stands to reason that the lineage will keep its creed but not only that, it's setting a fresh pace in the form of a true 'sports-hybrid'.

Unexpected delays occurred through 2015, blowing out waits for delivery until mid to late 2016, most notably for Australia. With good reason however. Significant design changes to the V6 engine placement from a transverse to longitudinal position which would require revisiting chassis and body. But they did add twin turbos, so we like that.

Other cool stuff is that we get all wheel drive, individual wheel torque, Agile Handling Assist (AHA) for response and stability and my personal favourite...silent all electric drive just so you can be uber-cool - it's like knight rider for poor people. Well, not really, cos this baby will set you back somewhere between $250K-$300K in Australia. Final prices haven't been released yet, but if you want to get in-between the sheets with this sexy thing, you'll only have to fork out a small kidney.