Here's our round up of all the weird and wonderful auto glamour at this year's New York International Auto Show. 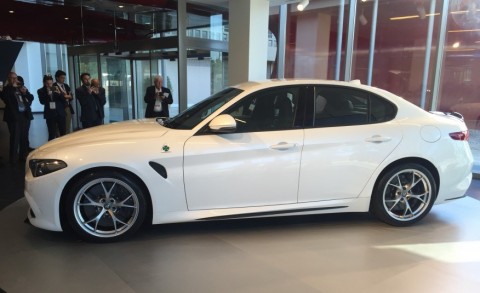 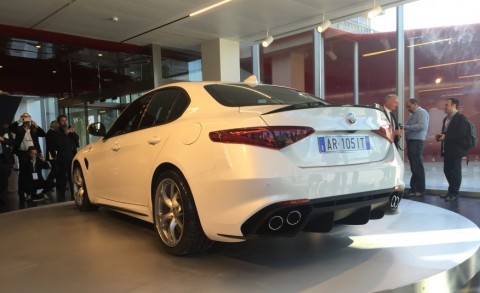 Alfa Romeo are having a return to form and are again producing cars that incite passion. Could the new Giulia be a real alternative to the Audi A3 and the BMW 3 stalwarts? Here's hoping.

The smart looking 4 door looks every bit the sports sedan, there's hints of Audi, BMW and even Jag all blended to a result that is unmistakably Alfa.

The resurrected nameplate from the 60's is a rear wheel drive platform. The top of the range Quadrifoglio will polish off the 0-100Kmh dash in just 3.9 seconds. The delivery for so much get up and go is provided by a 503hp twin turbo charged V6. Bring it on. 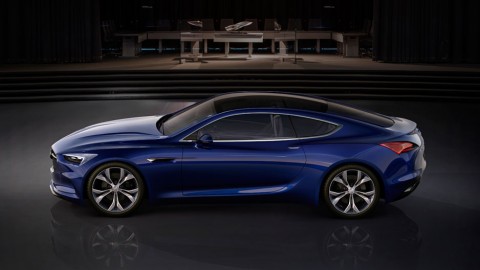 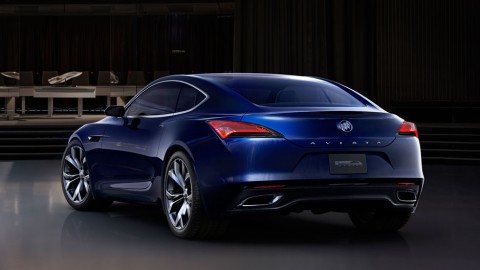 This bad boy is unfortunately just a concept but looks production ready. Proof positive that Americans can design a drop dead gorgeous car. You could slap an Aston or Jag badge on the Avista and no one would be the wiser. There's not much else we can say except, please build the bloody thing. 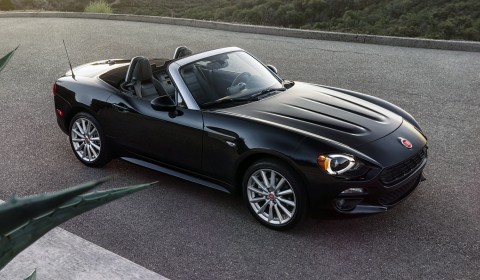 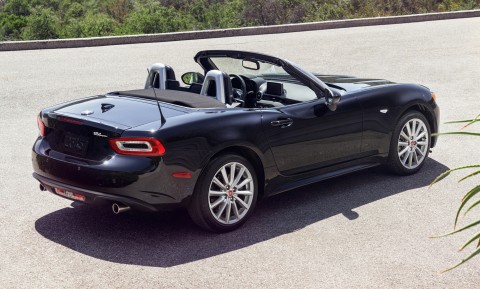 I'm thinking this goes under the 'weird' category. Here's the Fiat version of the Mazda MX-5 which originally paid homage to affordable Italian roadsters of the 60's. There's an irony in that; the Italians have taken the purity of an MX-5 and somehow cocked it up. No, the images don't show a car that's had its nose stoved in, that's how it looks.

Under the skin it is an MX-5, so we can expect it to be a real winner behind the wheel. No one driving a new 124 spider is going to be accused of being conventional. 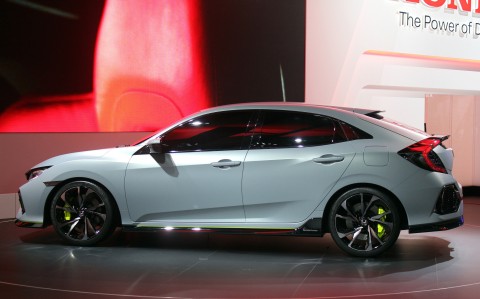 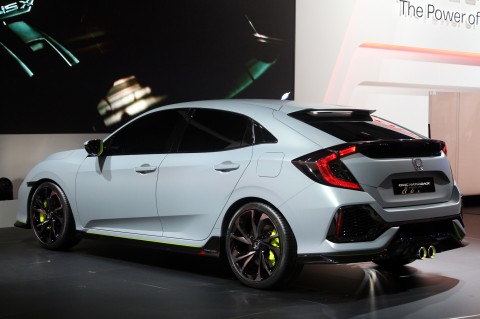 Honda has lost some of its edge in recent years, producing perfectly safe but very boring cars that Nan and Pop buy. "...because you can't go wrong with a Honda", they'd say - but where's the fun, where's the excitement? Even the R series has been watered down. Then out of nowhere comes the fabulous new NSX, a real return to form.

Now we have the edgy Civic Hatchback Prototype. This is not typically a car Nan would drive but if she did, she'd be way cool. Side on it sort of looks like a WRX fastback, if there ever were such a thing. Fingers crossed, if Honda can keep the momentum going we should see the lines in the Hatchback Prototype make it to regular production. 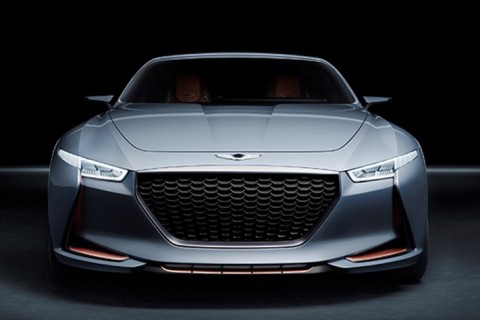 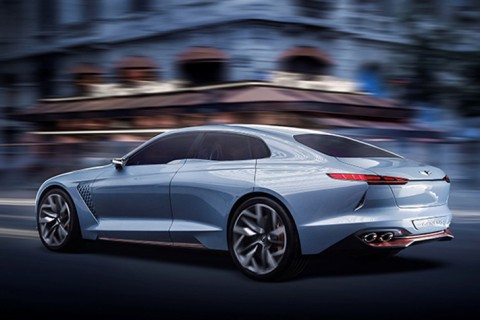 Are there spies within the Aston Martin network? Because the Hyundai G70 sedan concept looks more Brit than the British! Talk about class.

Hyundai has made it known they want to take on the luxury brands with their own 'Genesis' sub marque and if the G70 concept is anything to go by they are onto a winner.

Sleek and muscular at the same time, the G70 evokes cultured sports saloon. Almost a 4 door coupe in silhouette, the eventual production version is supposed to take on the likes of the BMW 3 and Audi A4 series.

The concept runs a hybrid drive train using a 2.0 litre turbo charged four and an electric motor driving an 8 speed gearbox, which send power to the rear wheels.

Hyundai in the prestige market, it's going to happen.

It's brash, it's gigantic and it has gull wing doors. It can't be anything but American, an SUV that looks like it ate a bunch of smaller SUV's to pump up its mass.

Seriously this thing is crazy bad. A luxury yacht for the road, apparently the future direction for Lincoln regarding SUV's. No multi-storey car park for those gull wing doors I reckon.

Almost the polar opposite of the Lincoln Navigator. If the Navigator is the yacht, the Levante is definitely the speedboat. The Maserati SUV, rumoured for years, has finally broken cover and what an entry it makes. I'm not really into SUV's and sexy never really comes to mind but the Levante is, and so much more. This bliss is a production vehicle and available in three models, the base Levante, Levante S and the the Levante diesel. Running a 3.0 litre V6 turbo, the S variant runs 0-100Kmh in 5.2 seconds, with a top speed of 264Kmh. Sign me up. 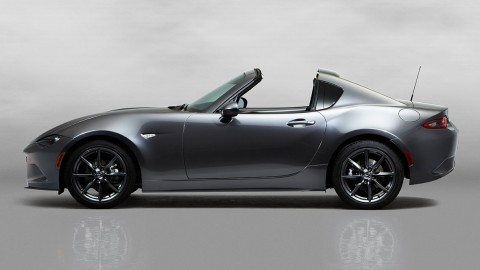 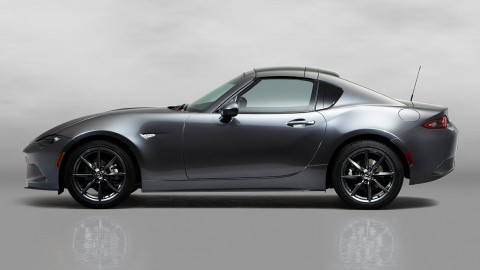 Look I know this is sacrilegious but I've never really cottoned on to the MX-5 hype. I've always found them to be dull looking, no matter how sweet they drive and how well built, I can't get past it. Until now.

Talk about UBER cool, the hardtop version of the MX-5 has totally transformed it into something totally desirable. Reminiscent of the Toyota 2000GT from the mid 60's - a modern interpretation.

And it looks just as good with the top off.

Now the 2016 Wheels car of the year has the appearance to match its award winning drive.

Another sexy SUV? That or I'm getting old, cos there's a time I would have disowned my own brother for driving one.

What can I say, it looks good, it sounds good, it goes good and damn it, it is good.

On sale early 2017 and meant as a competitor to the BMW X4, it comes in two potent versions.

The base model powered by a 241hp 2.0litre turbo charged four and the AMG with a 362hp twin turbo charged V6. Both are equipped with all-wheel drive and feature a 9 speed automatic transmission as standard.

No hints as yet on expected pricing but it should be close to the BMW equivalents.

The swan song for Godzilla, the last update before the all new GTR expected in 2019.

The giant killer has more of everything. More power, more aero, more refinement and all at half the price of its competitors.

Launched in 2007, the halo car now produces 565hp from it 3.8 litre twin turbo V6, 20hp up on the previous model. Each engine is lovingly hand built by master craftsmen to ensure your 565 neddies are always on tap.

Although only fan boys may notice the styling tweaks, they are numerous and include a fully reworked grill to allow for more cooling, new headlight cluster, integrated carbon fibre side skirts, all new tail lights, modified rear spoiler, larger rear diffuser, larger exhaust and a deft touch of red piping on the grill work.

Inside is a fully revamped interior using high quality Nappa leather throughout.

All up, it freshens the appearance of the car which looks as innovative as it did when released almost a decade ago. 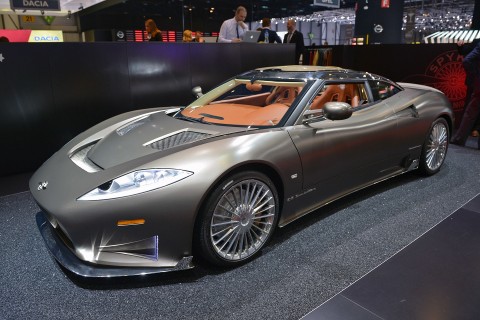 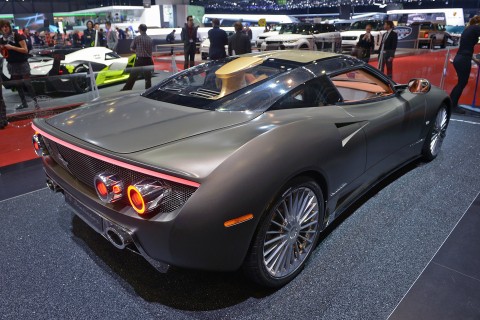 Who says the Dutch can't do sports cars? Well, actually, pretty much everybody until Spyker came along.

The Netherlands based manufacturer recently hit upon hard times and ceased production but they are back with a vengeance. Producing what is now their third distinct model - the C8 Preliator, which means 'warrior' in Greek.

The Spyker design ethos is quirky but you could never accuse them of being uninteresting. Check out their previous model the C8 Aileron to see what we mean.

As for the C8 Preliator, give credit where it's due. It is by far the best looking car they've made. So is it a real warrior or just a pretender?

What really stands out about the Preliator is the style. Spyker, the brand, has their heritage in aviation so all the details are reminiscent of a fighter jet. The tail lights for example are modelled after a jet turbine exhaust, what's not to like about that. 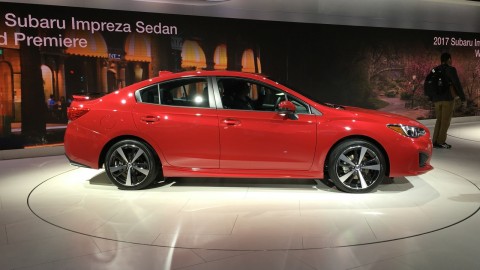 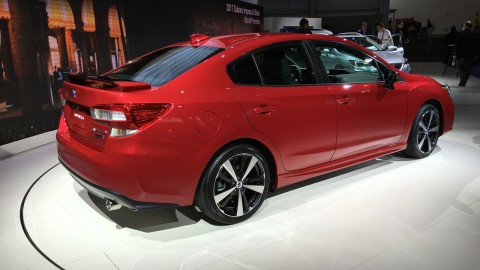 The Impreza has been a staple diet for the Subaru brand for over 24 years, been their bread and butter model and that which spawned the basis for the all conquering WRX.

So when a new Impreza concept is revealed, we take notice.

What we have here is what Subaru do so well, an evolution rather than a revolution.

Refined class sums it up nicely. Where we may have a problem is when you look directly from the rear. It looks too much like a Toyota Aurion.

On the mechanical front it has a 2.0litre boxer motor producing 114Kw and 200nm torque, a 4Kw and 4nm increase over the previous model. What is interesting is that it will only be offered with an electronically controlled CVT (constantly variable transmission). Hopefully the gripes normally associated with CVT's have been sorted.

Safety is high on the list of Impreza features and all models sold will come standard with the unique Eyesight camera driver assist system.

Question: How do you know you're getting old? Answer: You think Volvos are cool.

Based on the above, I'm guilty! What can I say, the S90 T6 AWD is a classy piece. Not only does it look the part but it has the cred to back it up.

The S90 T6 utilises an all-wheel drivetrain with a turbo and super charged 2.0 litre engine coupled to an eight speed automatic gearbox. It producing 319hp and 400nm torque. The sedan also features adaptive cruise control and Pilot Assist that will steer the car at speeds up to 130Kmh.

Full details of the new mid-size sedan, such as performance and pricing are still to be released. We look forward to finding out more.