Let's be honest, Honda was widely regarded as a car manufacturer which produced, hip, funky cars that were well respected for their build quality, dynamics, ride, value for money and strong performance. As a result Honda traditionally had healthy sales in Australia.

Two GFC's and the bean counters putting the hammer down have resulted in Honda going from cool to cold; that and the fact that the Koreans have stepped in and given everybody a good arse whipping, producing viable alternatives to the Japanese stalwarts.

Things were looking pretty dire for Honda, but a company that rose from the post war ashes of Japan, to become a global giant wasn't going to go down easy and they knew it was time to put the mojo back.

This was heralded by the all new NSX supercar announced in 2015. Not only does the hybrid drive-train have attention grabbing tech specs, the knockout styling won everyone over, signalling a return to form. 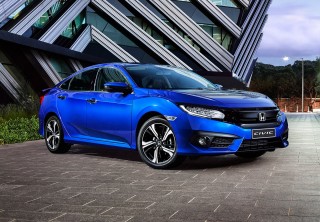 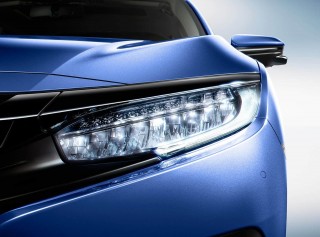 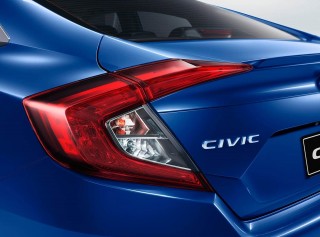 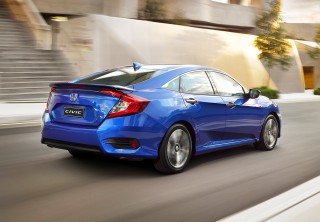 If that wasn't enough, Honda revealed the Civic Hatchback Prototype at the 2016 New York Auto Show, we were all excited to see a new design language that promised Honda wanted to bring back the fun. It turns out that the prototype was pretty much bang on of the 10th generation Civic.

What we want to say is, WELCOME BACK!

On looks alone this has to be the clear market segment winner. Gone is the boring, "I was designed by a refrigeration engineer" looks, to be replaced by something that looks truly sporty and unique amongst its peers.

There are hints of the NSX in its front profile, with its sharply tapered bonnet, its narrow led headlight cluster is beautifully finessed and almost in appearance. It brings balance to its front aspect, the grills, scoops, panel creases and rear spoiler (in the RS guise at least) and roofline all add fluid motion. It looks a proper driver's car.

The direct competition such as the Toyota Corolla, Holden Cruze, Ford Focus, Volkswagen Golf or Mazda 3 all look dull in comparison.

The mojo doesn't stop on the outside, Honda has had a re-think about the interior packaging as well and have achieved an interior spaciousness which is class leading. It will have you believing the car is bigger than it actually is.

Instrument display shows what Honda is calling the 'Driver Information Interface' and is yet another car which has switched from traditional gauges to a full LCD display screen. The presentation itself is uncluttered and visually appealing, defined in soothing blue hues, the graphics are sharp and the information presented intuitive. The , steering wheel is a classy arrangement and offers ancillary controls such as, audio, hands free for the phone, cruise control and the like. The RS variant has smart key, keyless entry, engine start/stop and a wide angle reverse camera with 3 possible views. 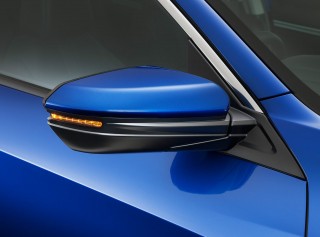 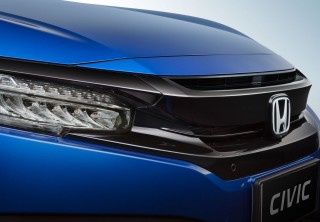 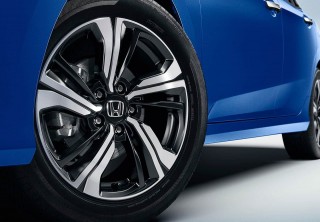 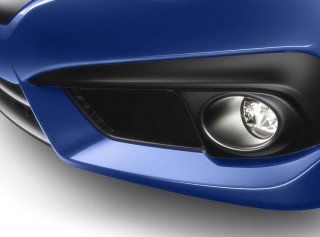 Infotainment is well covered with the common place expected Android/iPhone connectivity, you'll have access to some of your most oft used apps such as Siri or Google voice search. The 7"inch centre mounted display supports touch, including, tap, pinch and swipe.

Stylistically the interior is almost German like in looks and feel and while not quite up to say Audi build quality, fit and finish of the Thai built Civic is a cut above for the price point. The front seats are well bolstered and offer good support, rear legroom is a standout, the car is almost Tardis like, in that it feels bigger inside than out. This is due to clever packaging and while the civic has grown, with the wheelbase increased 30mm, and overall width 45mm over the previous generation it's another clear indication that Honda is back in the game. If that doesn't convince you, how about a class leading boot space of 517 litres, that's up there with a Ford Falcon.

So we like the looks and we're impressed with the ergonomics but how does it drive? A little background first. The Honda engineers tell us the chassis is 25% stiffer and 25% lighter than the previous generation, the upshot of this should be a quicker point and shoot experience for the driver.

With the RS variant being shod with 215/55R tyres and 17"inch alloy rims and a steering rack quickened from 3.1 to 2.2 lock to lock. What we have is a highly entertaining drive, despite the as now standard electric steering, it's pleasingly weighted having a variable gear ratio helps.

Handling and grip levels inspire confidence, the new chassis dynamics suggest that the engineers weren't just sitting around stirring their coffee, the gains over the previous generation Civic are marked and game changing.

For the poke, the Civic RS is fitted with a brand new 1.5litre 4 valve per cylinder, double overhead cam turbo petrol engine, developing 127kW @ 5500 rpm and 220Nm of torque available from 1700-5500 rpm. With variable valve timing and lift, whilst not a free revving screamer (that will be reserved for the Type R variant), having to deal with a kerb weight of just 1331Kg means it's an able performer.

The 0 -100Kph dash is completed in 6.8 seconds for the Civic RS. It wasn't that long ago that numbers like this were considered in the sports segment. All that go from just 1.5 litres is a testament to what a ground up re-work the new Civic is.

The only hair in the soup which you think might mar what is undoubtedly a very complete package, is the CVT only transmission - but you'd be wrong. CVT's have come a long way in a very short period of time, even from MY15 to MY16. Just get past the fact that there are no real gears involved in the process and that torque delivery and the ratio being applied are constantly being monitored by the cars governing systems. Acceleration supplied for the most part is better than good (actually class leading). No it's not perfect and sometimes you'll feel the transmission is not matching your right foot but it usually means you're asking more from the drivetrain than it's able to give.

Of course for the purists the Civic in the RS variant cries out for a slick 6 speed manual but sales figures don't lie. For the target market, the demand for a manual transmission is virtually nil.

All in all this is a welcome return to form for Honda and no doubt the Civic Type R variant will be a real firecracker. 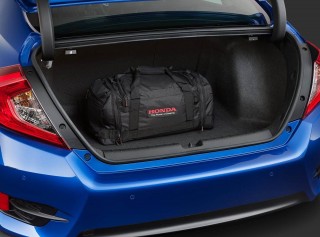 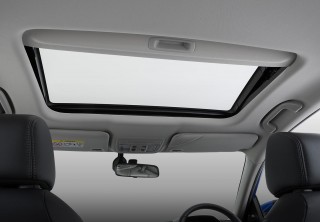 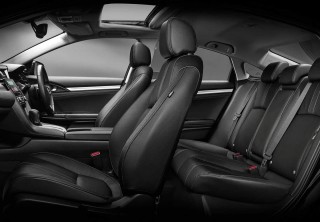 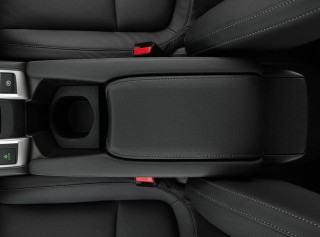