Just when you thought there were enough Golf GTI variants, Volkswagen decides to add another one. But this is no 'sticker pack' marketing ploy. The GTI 40 Year edition is well deserving of its spot in the range. Currently there are; the base GTI, the GTI Performance edition and the full blown GTI AWD R edition. The Golf GTI 40 Year edition slots in between the Performance edition and the R edition and if you haven't worked it out already, marks the 40th anniversary for the hot hatch. Overseas they are fittingly named the GTI Clubsport to account for their more track focused nature but here in OZ, HSV has the marketing rights to the name.

The aero kit is not only the most overtly aggressive looking on a GTI to date, it serves a purpose. At speed the 40 Year Edition affords negative lift at both the front, a first for the GTI range. It doesn't hurt that for my money it's the best looking GTI ever.

For the interior we have the usual Golf flair, ergonomic precision as expected from VW. Fit and finish are a very high standard comparable to what we see offered by sibling Audi cars. The seats are a standout, the bolstering and support is sensational, fitting in perfectly with its track nature. Hot hatch competitors such as the Focus ST would do well to adopt similar pews. The Alcantara flat bottom steering wheel also looks the part with its contrast red stitching and has just the right amount of chunkiness, it feels good in your hands. The fluoro red top centre mark lets the driver know easily when the wheels are straight - it's those little details which make you feel you're in something special.

The rear passengers are quite well catered for too. Whilst not up to the levels of the front seats, rear seat legroom and overall spaciousness is good for its size. There is seating for 3 but the centre pew is really just for the occasional. You could practically use this as your family car, it will handle 2 adults and two kids, no problem. 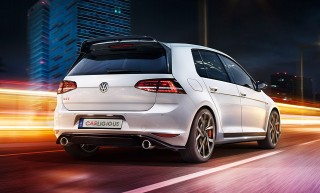 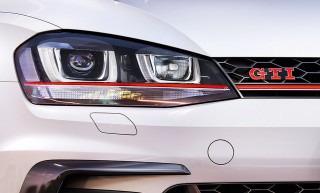 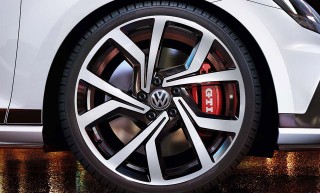 As for the tech, you've got all the goodies you'd expect from a modern hatch including; adaptive cruise control, emergency braking, rear cross traffic alert, electronic brake force distribution, blind spot sensor and reverse camera. The 8.0" inch touchscreen infotainment/SAT NAV system with Bluetooth supports MP3 playback, Apple CarPlay and Android Auto smartphone connectivity. The display itself is crisp and the user interface is logical and responsive.

The cabin is setup as a place you want to be, with the focus being on the driver and it's the driving which sets the 40 Year Edition apart from the rest of the pack. The car definitely possesses a dual nature. You can use it as a daily driver but when you're right up it, you soon realise this is the most hard-core GTI available. From the seat of your pants the sensation it shows that this car charges every bit as hard as the AWD R edition. The limiting factor is getting the initial power down, as you'll hit 0 to 100 km/h in 6.3 seconds as opposed to 5.2 seconds. Rolling acceleration between the two however, is virtually identical.

Seeing as the 40 Year Edition shunts all its power only through the front wheels, it's more of a challenge to drive than the R but it's more involving than its AWD brother and when you're going for it, point to point it's more fun. Sink the boot in and you can feel the power surge when the over-boost kicks, it really becomes frenetic above 5000rpm. The over-boost feature is not just a gimmick, it's available from third gear onward and once activated gives you a 10 second burst of adrenaline at which point the system requires 10 seconds to cool down - you can then rinse, cycle and repeat  - all day long. No fuss, no drama, it just works.

Quick changes in direction can cause it to become unstuck if you get it wrong. It will wash wide so, backing off will see it get dutifully back on track. When you get it right however, the magic locking diff will optimise the traction out of the corner, sending power to the outside wheel when you're hard at it. You can feel the car pulling you around, it's a cool sensation.

The steering is nicely weighted and the feedback is accurately telegraphed. The brakes are more than up to task, biting hard to wash off speed - you can trust that it will stop as well as it goes. But wait there's more, the 40 Year Edition also comes with a six speed manual transmission as well as the standard 6 speed DSG (dual clutch). For track work the old school 3 pedal dance is the better sorted drive. As good as the DSG is, it doesn't always co-operate and won't do as commanded, either upshifting when you don't want it to or refusing to downshift when you do. If you don't see yourself ever doing track work or the hard flog happens only on the rare occasion, the DSG is then probably the way to go.

I don't want to forget mention of the soundtrack. The exhaust note is suitably sporty and when you wind it out it has an appealing rumble although it could be a little louder in the cabin. On the over-run between gears however, I can only describe it as... sounding farty. It put a smile on my dial but maybe not for the reason it should.

What are the down sides to the 40 Year edition? For the enthusiast, none really. The addition of the 6 speed manual makes it all the sweeter and it proves that less power doesn't necessarily mean less fun. It may be too hard-core as a daily driver but the potential buyers we're talking about won't care. I guess the real problem is availability; only 500 units are reserved for Australia, 100 manuals and the rest, DSG's. As you read this most likely they're all sold.

You can see the Golf GTI 40 Year Edition becoming a collector item as time passes, just like the its celebrated original milestone, the 1976 GOLF GTI. 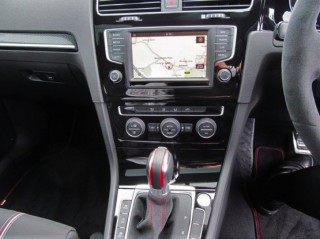 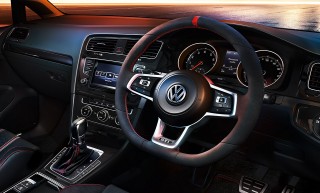 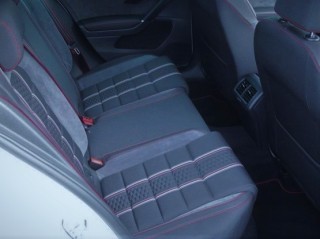