I can't understand why we're not seeing the current Fiat 500 by the bucket load, they're relatively inexpensive and a hoot to tool about in. I don't think the powers that be quite know how to pitch them to the Aussie market. If people realised what a great city and occasional weekend car it is, they'd be flying out the door. 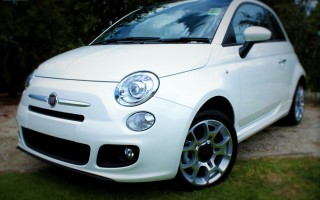 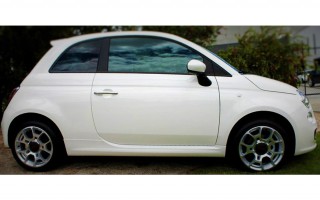 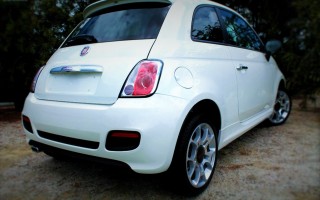 First impressions are what really counts and somehow the Fiat 500 manages to look cute and sporty at the same time. If you don't have a smile on your face after you've driven this car, well I can only say you're a real grumble guts and nothing will turn that frown upside down.

And smile I did, from the moment I picked the car up. Taking a tour of the exterior you appreciate the styling finesse that abounds the vehicle. The Italians are the masters of chic and somehow they manage to give the tiny Fiat a big visual punch. There isn't a bad line to be found, it doesn't matter where you cast your eye, the form flows fluidly, especially with the sports pack.

It looks ready to sprint off at a moment's notice, the attractive coupe styling accentuated by minimalist chrome bright-work that extends to the chrome tip exhaust. The front and rear spoilers, side skirts and low profile tires all add to the drama, making you feel that little bit special even though we aren't really talking premium price.

This fun vibe extends to the interior, attention to detail is everywhere; to the chrome scuff plates that are stamped with the 500 script, to the sports seats and the red stitched 500 logo on the seat backs. Some of the plastics used through the cabin aren't exactly premium but it all fits together so well and for the price point I forgive it, it's a cheery place.

The new infotainment unit and multi-function dash display really lifts the ambience of the cabin, styled to appeal to the Facebook generation, and it works. The sports steering wheel with ancillary controls on the steering arms, such as blue-tooth and audio controls is a real treat. It looks the part with its red stitching and has the right amount of chunkiness, when pushing on or with long stints, it fits comfortably in your hands. 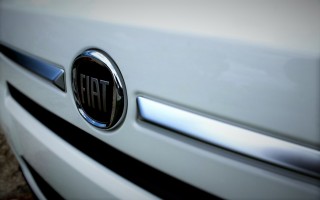 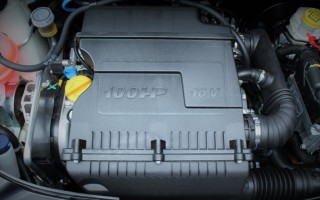 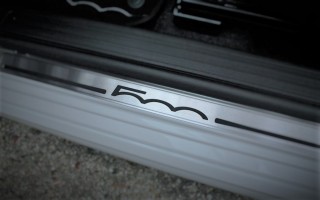 As far as practical storage space goes, well it is a little light on, there's not bins and pockets strewn about as there literally isn't the room. It is a micro car after all. If you intend to use it to travel, for a weekender it will do fine for 2 adults with a moderate amount of luggage.

As a four seater, it's really only an occasional. Short trips into the city you could get away with but a long jaunt with 4 adults is asking too much.

When you get to the driving, it's as a city car that it excels, behaving exactly the way it's intended. It's such a zippy little thing - I'm constantly shaking my head at its ability to dart about like a go-kart. The steering, brakes and chassis dynamics have a real sporty flavour, the ride is really compliant even with the low profile tyres.

The driving position is typically Italian, you sit very upright, almost like sitting in a dining chair, (I think this is more about the packaging than intent) the gear lever is very high, and the gear knob itself is really large. The seats are nicely bolstered and very comfortable. You'd think it wouldn't work but it does, once I adjusted the seats and the steering reach, I loved it. I couldn't help but think, 'boy-racer', and I find I had to restrain myself to not drive it that way. It all feels so natural.

On paper, 74Kw peak power output and a 0 to 100kmh sprint of 10.5 seconds would suggest it's utterly gutless but somehow it always feels quicker than it actually is. Especially once it's rolling along. It has no trouble keeping up with the traffic and does surprisingly well on the highway too.

I found myself running through the six speed manual just for the sheer pleasure of it, winding it out almost to the six grand redline, cos I could and it felt good. There's been complaints that the gear change is notchy, I didn't find it that way. Of course you could never say there's a huge power surge, but the gears are so nicely spaced that as long as you keep it on song, it never feels like there's a flat spot. The controls are so light and agile it feels like it could turn on a dime. 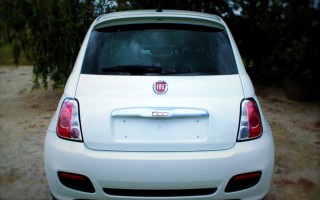 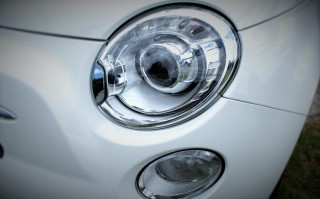 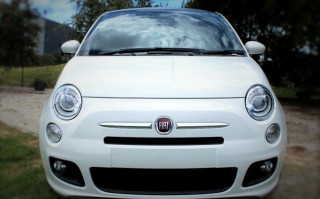 It's like you're getting a lot from a little.

The other thing is fuel economy, I was ringing its neck and was still returning around 8.5 litres per 100km. I've no doubt that driving it sensibly would return the 6.1 litres per 100km combined driving cycle claimed. That's a good thing, an average 574km on a tank means you're not going to suffer from range anxiety.

Negatives? Well on the highway it starts to get a little twitchy when pulling an overtaking manoeuvre and you're needing say, a little extra speed to safely pass. At that point if feels a little out of sorts and you're faced with knowing you're nearing its dynamic limits. Also, if you're going to do it, passing requires some planning - let's remember it's a city car first.

At no point with my time in the Fiat 500 did I feel that I got less than I bargained for. Summing up my experience with the car is easy.

If your need is for a city car with the occasional weekend flit for two, look no further. 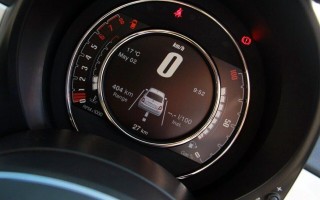 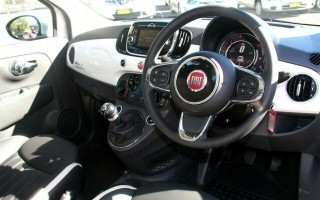 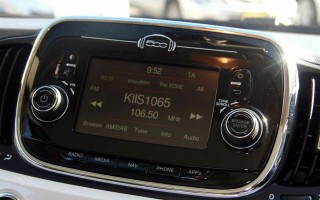