It used to be that "A was for apple", but such is Audi's dominance you'd be forgiven if you quoted the German manufacturer instead.

All jokes aside, the Audi A4/S4 platform is now in its fifth generation and whilst all new, it really is about evolution rather than revolution. So what we're seeing is more of the same, not that that's a bad thing but unless you're a die-hard Audi fan, only the train spotters are going to appreciate the differences between the new Audi model and the one it replaces.

It's all about subtlety, and if that's your thing then the new Audi A4/S4 probably works for you. I have to say it, I think the styling direction Audi is taking is starting to look a bit staid. Sure it's nice but isn't it time for a shake up? Like when the Audi A5 was first released, we all went, "ooh, ah, isn't she a beauty".

Why harp on about this? Well if you're in the market for an Audi S4, which is the go-faster edition of the Audi A4, you probably want it to stand out. From a distance you'd be hard put to tell the Audi S4 from its regular brethren. If you're after a sleeper on the other hand, look no further.

Whilst no panel from the previous generation remains, externally the most noticeable changes occur around the front and rear light clusters. They're more angular and thinner than before, the hip line is slightly higher and overall the crease lines are sharper than the previously softer curves. For my money, its stance has lost something. With the U.S. being the biggest market for Audi outside Germany, I'm thinking this may have had an influence on the current styling. 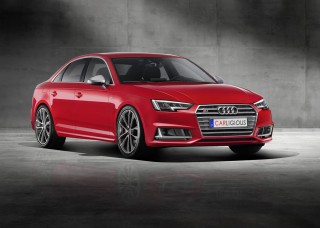 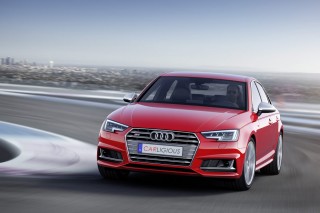 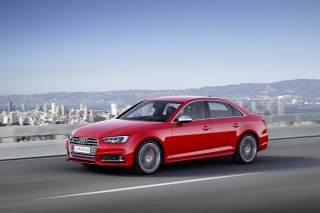 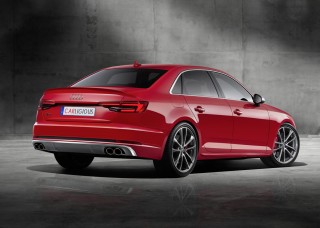 The interior however is a residence of Teutonic efficiency, luxury and beauty. I look forward to the day that the outstanding Audi Virtual Cockpit display becomes mainstream and all manufacturers adopt something similar. It's all class, with acres of leather, carbon fibre trim (depending on your options), a massive central navigation/infotainment display, tasteful aluminium embellishments and the virtual cockpit will have you feeling like a fighter pilot. The surfaces, fit and finish, ergonomics and presentation all suggest you are in something special.

When it comes to the driving side of the equation, its poke ain't no joke. For a car which comes across as a plain business suit (albeit an impeccable one), from behind the wheel it's anything but boring. The new S4 employs a 3.0L V6 with twin scroll turbo charger (dropping the previous super charger). It produces both more power and torque than the outgoing S4, with the twin scroll turbo going a long way to eliminating turbo lag. Other advantages of the twin scroll unit are that it takes up less space than mounting a twin turbo and overall operating temperature for the engine is reduced. All of this means better power delivery, more consistently, more of the time which also prove true in the real world results. Audi is quoting 260kW peak power @ 5400 - 6400rpm and a peak torque figure of 500Nm @ 1370 – 4500 rpm. Full torque is available from 1370rpm, (depending on what gear you're in)... Are they serious? Yes they are.

Anything that can knock off 0 to 100km/h in 4.7 seconds is seriously quick.

Now with all that torque available so early on, you're going to need a beefy drive train to cope which is most telling when the new Audi S4 will only be available with a ZF 8 speed torque converter Tiptronic automatic transmission. With the 6 speed manual and 7 speed dual clutch units being dropped for reliability reasons, Audi has pretty much stated that the conventional transmissions can't handle the torque delivery which the engine throws out.

For all those lamenting the loss of the dual clutcher or the manual, the 8 speed ZF auto employed is a pearler. If left to its own devices it picks the right gear at the right time with uncanny reliability. When you amp things up and set the Audi S4 to its most aggressive settings, the transmission will manually rifle up and down the gear changes with the alacrity of a lightweight boxer.

Where the Audi S4 really comes into its own is low down. The first 4 four gears are relatively short to account for added thrust, whilst the last 4 aid economy. You'll find yourself very quickly becoming addicted to the rush of acceleration and giving yourself excuses to drop down a couple of cogs more than perhaps you need to just so you can sink the boot in and feel the rush. Woo hoo, let's do that again.

Alongside the S4's party piece acceleration, is the noise, which some have said is not as aggressive as the prior model. Well ok maybe, but it sounds plenty soulful to me and is yet another reason you'll find yourself running through the gears. 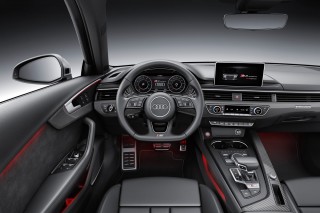 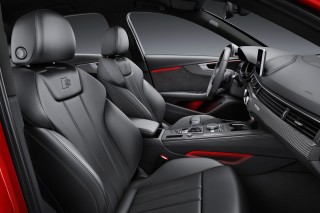 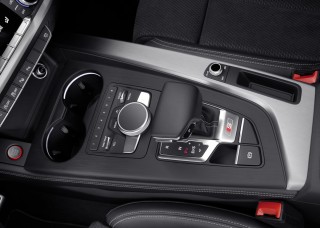 A common criticism of the Audi S range is that they play it a little too safe. But, we have to remember the S series are marketed to those that want some fun but aren't out for the full hard core road racer. That's reserved for the RS series... ouch. Having said that, the new A4 is more playful than the model it replaces. It remains quite neutral up to its very high limits, where it starts to display some initial predictable under-steer. It's all so manageable - the driving tech monitoring the car has the ability send power fore and aft as required, with as much as 85% to the rear and 75% to the front in an instant. Individual wheel torque vectoring and electronic brake distribution will see you carving corners like a Sunday roast without issue. The steering is responsive and accurate, albeit lacking some of the tactile feedback, now that most manufacturers are opting for electrically assisted steering.

To sum up; this is a very quick sports sedan. Whilst it may not be quite as dynamic as an equal rival BMW 340i - for the vast majority, there's fun aplenty without compromising safety or the drive experience. That's a win in my book. I'd opt for one in Canary yellow with all black trim, at least then I'll stand out.

CONS
Price, especially when optioned up.
Styling maybe a little too understated.
Ride may be too harsh for some, especially in the more aggressive driving modes.

Did Audi drop the ball? New 2017 Audi A5 not quite the looker it was