Affordable but not cheap, the 2017 FIAT Abarth Spider is a welcome addition to the convertible sports car scene. Where alternatives are thin on the ground, the MX-5 based rear drive coupe sets itself apart from its Japanese cousin, for those wanting to stand out from the pack, the 124 may be the answer.

The name Abarth may not mean a lot to most people, but it's steeped in history as the universally recognised sporting arm of the FIAT group and is famous for race prepping FIAT 500's such as the Abarth 595 SS 16 from the mid-sixties.

Slapping an Abarth badge on what is essentially an MX-5 is a brilliant marketing ploy by the FIAT Group, the aggressive scorpion motif of the brand is emblazoned boldly on the coachwork, there's not a FIAT badge to seen.

They say beauty is in the eye of the beholder, the 124's styling doesn't quite blend, but it definitely stands out. It is polarising and guaranteed to cause a strong reaction. On first viewing, my thought was someone beat it with an ugly stick, however, the more I look at it, the more I like its offbeat styling. 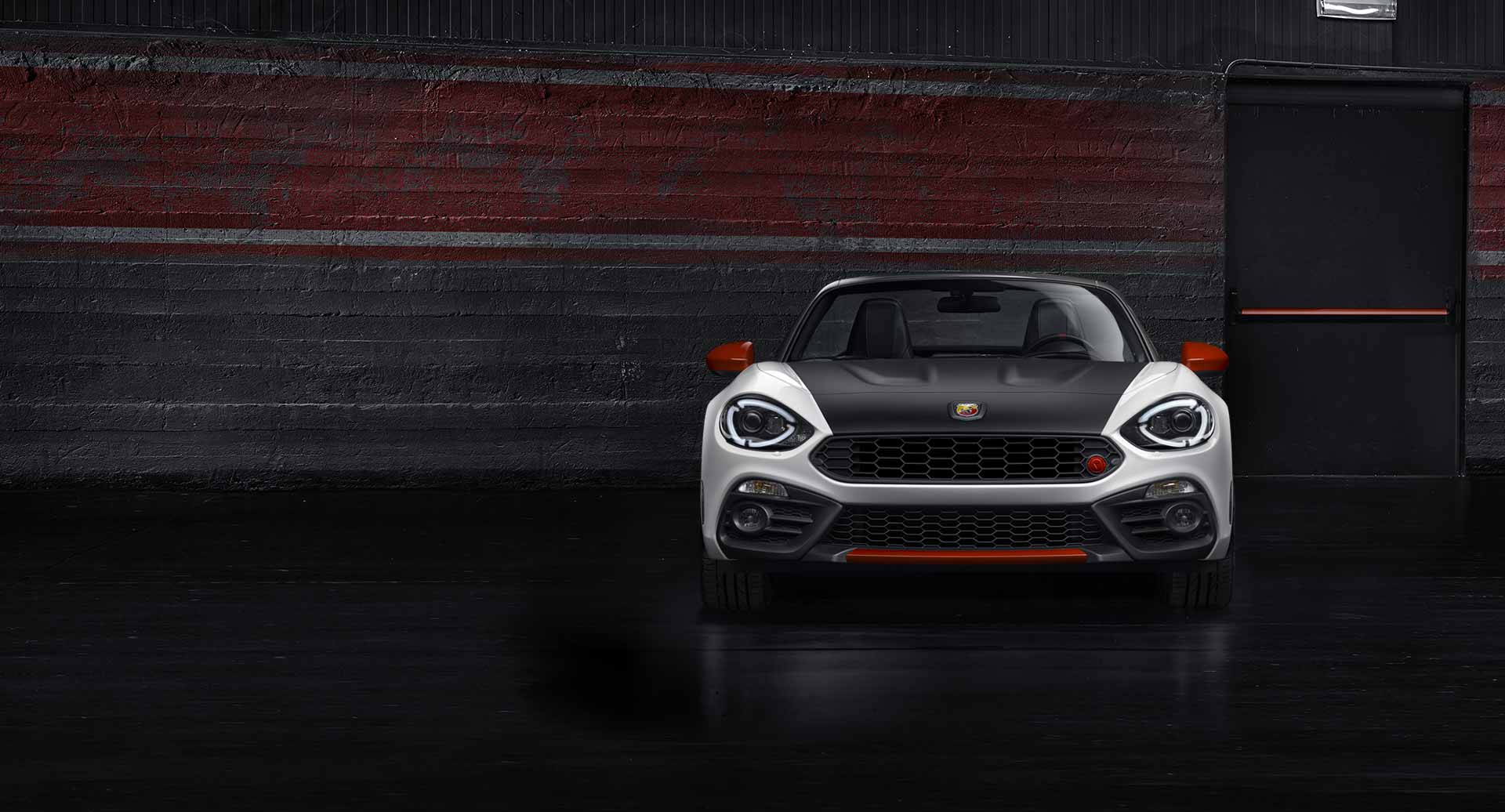 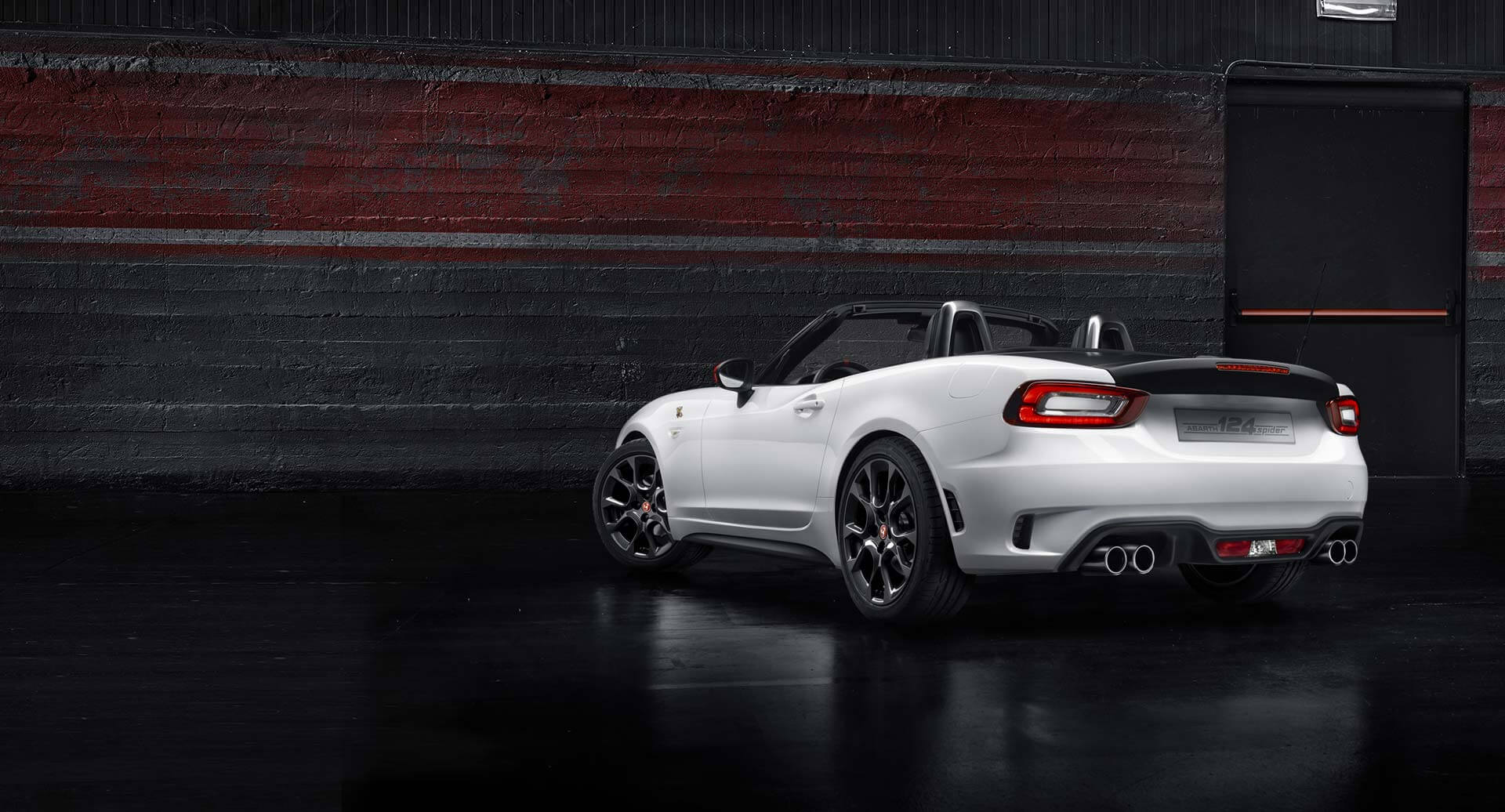 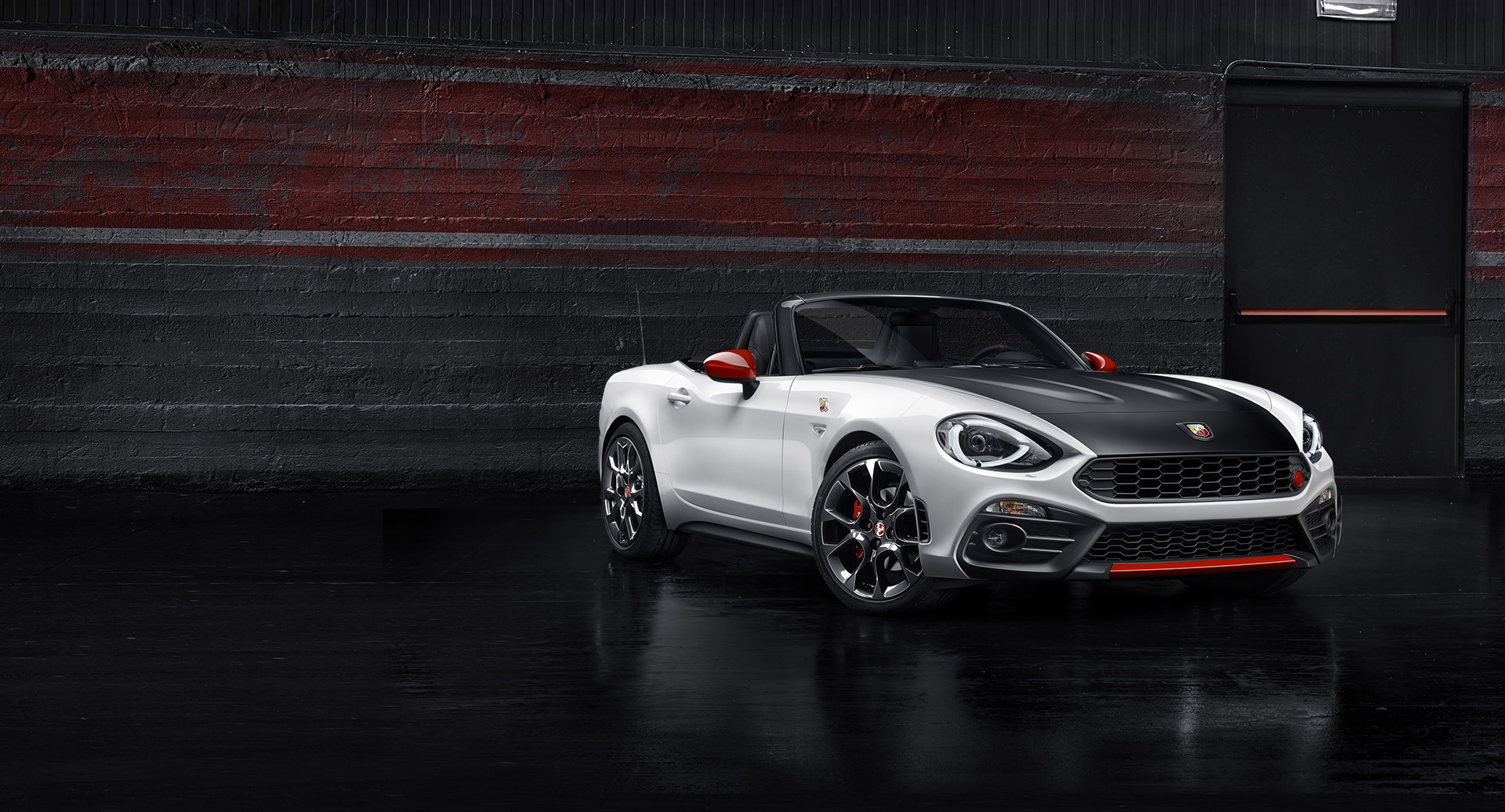 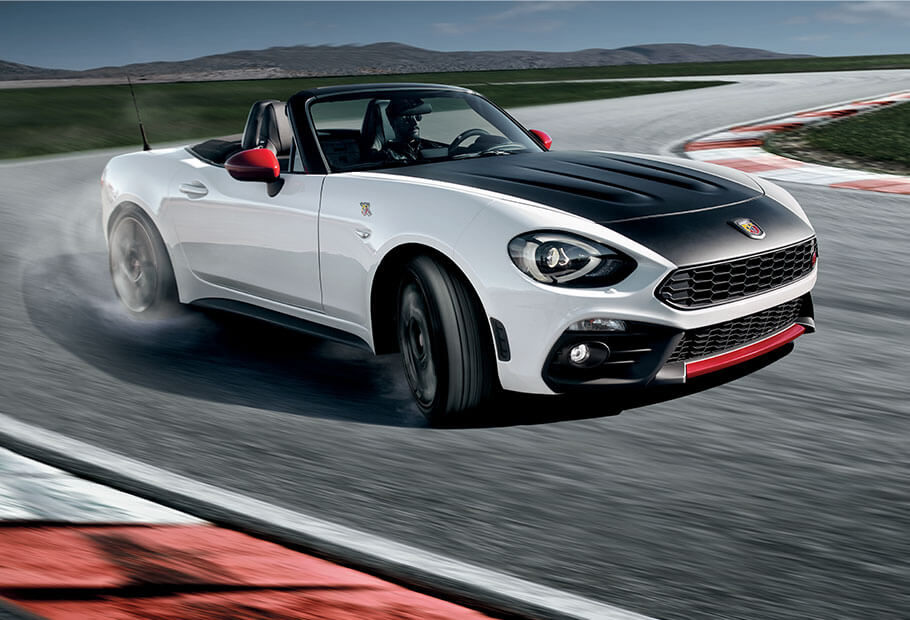 Much longer than the MX-5 and easily seen in the front and rear overhangs, its every line is Italian, a tribute to the original Abarth 124 Rally Spider is clearly evident. Much more aggressive than the MX-5, the 124's gaping mouth and front splitter suggest a much greater airflow to the engine. The headlight treatment, while bug like suits the character of the car, the black 17" alloys with scorpion motif sit perfectly in the wheel arches, along with the front red Brembo brake callipers, it means business. From the rear, the subtle rear spoiler lip doesn't look like a tacked on afterthought.

As far as I'm concerned quad exhausts, warranted or not should be the de reguier for any car with sporting aspirations, it positively adds 80km/h to its presence and edges out the MX-5 in both looks and noise.

If you're thinking the Abarth 124 Spider is just a rebadged MX-5 you'd be wrong and that would be underselling the changes wrought by FIAT. It is assembled entirely in Japan, however, so build quality is not an issue. It seems FIAT does recognise not to change what ain't broke and the interior, for the most part, is a carryover of the MX-5. That's not a bad thing as the ergonomics of the Mazda are well sorted. You do get different seats with Abarth stitched into the upper bolsters, an Abarth steering wheel with a bright red centre top mark and unique instrumentation.

The manual fabric roof is a direct carry over from the MX-5, owners won't care, 90% of the cars driving is going to be top down, which is the whole point of owning a convertible like the 124.

Where the Abarth 124 Spider really differentiates itself from its MX-5 sibling is its mechanicals. Running a FIAT sourced 1.4-litre in-line four cylinders turbocharged engine, it's a punchy little unit, while 125kW and 250Nm may not be head turning numbers but with a relatively light kerb weight of 1100Kg, it makes for lively performance. A 0 to 100km/h dash in just 6.6 seconds is evidence of this, outgunning the MX-5 even in the 2.0-litre guise.

Despite its meagre capacity, the 1.4-litre motor pulls strongly from just 2000rpm, especially in second gear, it's handy mid-range torque makes for a fun drive although it's not a particularly high revving unit. The shouting is pretty much over past 5500rpm, where it's best to shift up a gear to stay in the meat of the powerband.

Speaking of shouting, the standard exhaust note is ok, there is bark on the overrun which is entertaining but it's a little underdone. There's an option for a Monza exhaust upgrade; it will set you back $2K, but it's worth it for the full Pavarotti experience. 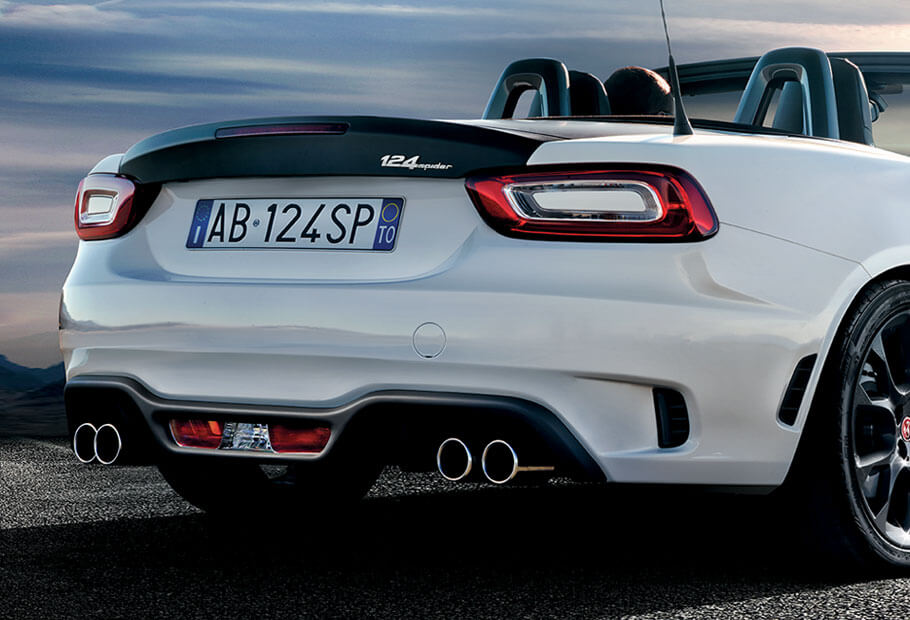 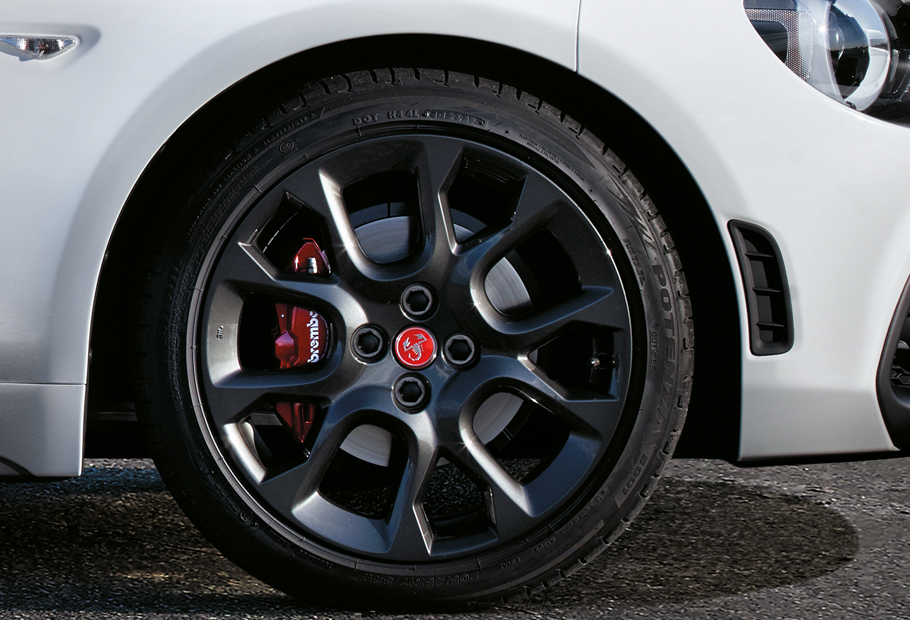 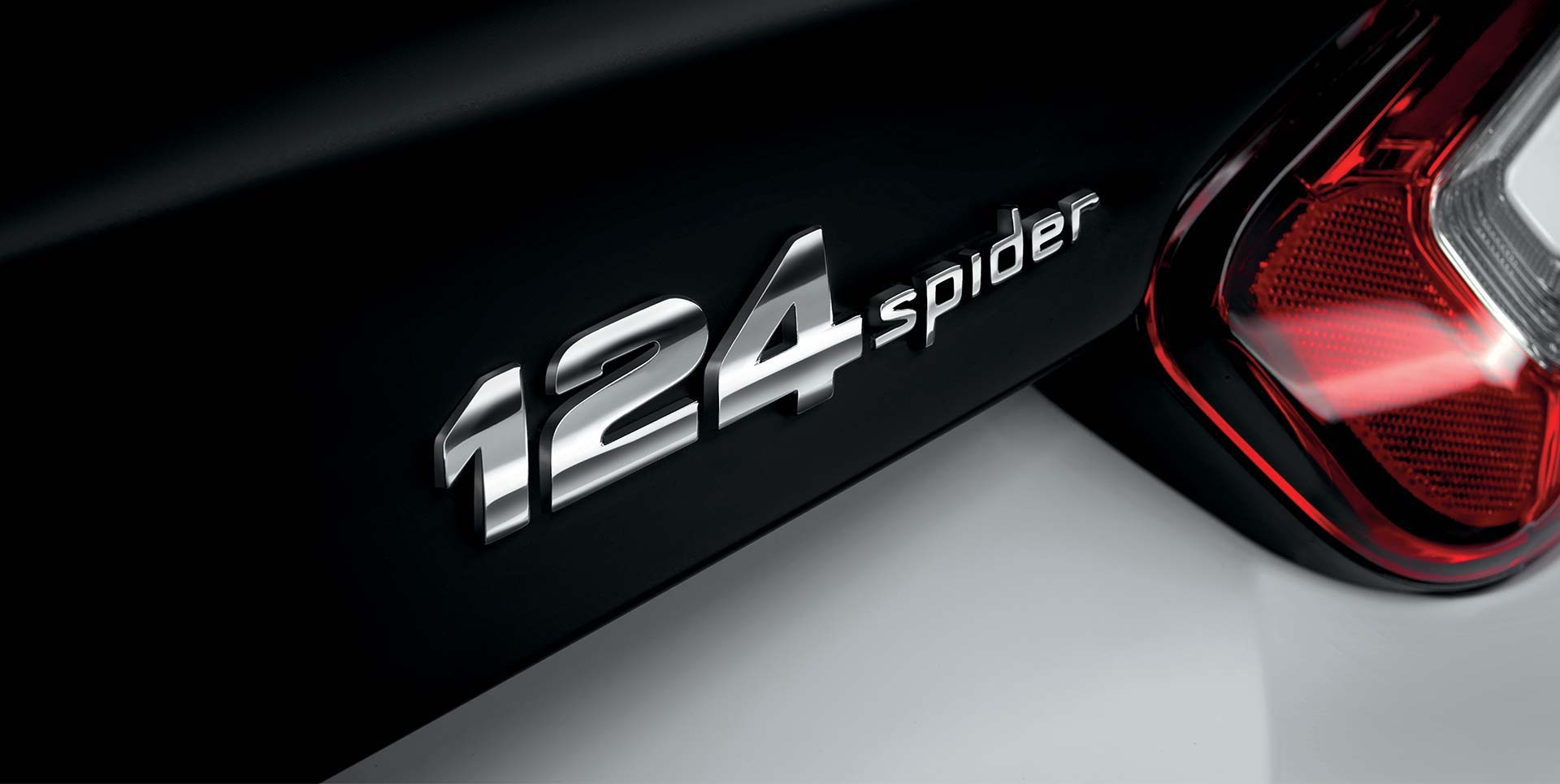 The Brembo brakes up the ante over the MX-5 stablemate and it does convey more stopping power, along with the Bilstein suspension, the chassis setup is more tied down. It is on the firm side but not overly so, the trade-off in comfort is more than made up for with less body roll and it can be encouraged to oversteer at the limit. It's a handy corner carver then. Available as a six-speed manual or six-speed automatic, the internals of which have been beefed up to cope with the extra power of the turbocharged engine. A limited slip differential is available but only on the auto. The manual gearchange is not as slick as the MX-5, maybe due to the upgraded internals but it's an efficient unit nonetheless.

Unusually for a 2017 model car, the traction control can be turned off altogether a rarity for new autos, while you might be going 'woo hoo', make sure you have to the talent to overcome the safety net you lose by disabling it.

The steering is pleasingly direct if a little over assisted. Dynamically the Abarth is quite a different drive than the MX-5, it's not better or worse, it's well balanced, predictable and dare I say it, Italianesque in its execution.

Its driveway base price is attractive, but there are glaring omissions on the standard options list, no rear view camera being the worst offender. By the time you your 124 with what really should be standard equipment, it's going to cost you more than the MX-5 stablemate.

I think the safety pack, which adds camera, blind spot monitoring, cross traffic alert and emergency brake assist should be an option you definitely tick. Along with the Monza exhaust, you may as well add the extra noise, picking the Abarth over the MX-5 shows you're no wall flower.

While I didn't intend to make this a direct comparison to the MX-5, it's hard not to as they have shared DNA.

So what's the final call for our Italian Samurai? Should you pick it over the MX-5. It's going to come down to personal taste; both are bodacious, affordable rear drivers, which there are just not enough of. While the Fiat Abarth 124 Spider is superior in some areas over its sibling, it loses in others. All up given its Italian flavour I'd take the keys to the Abarth over the MX-5 every time, it's more 'la dolce vita' than it's Japanese cousin. 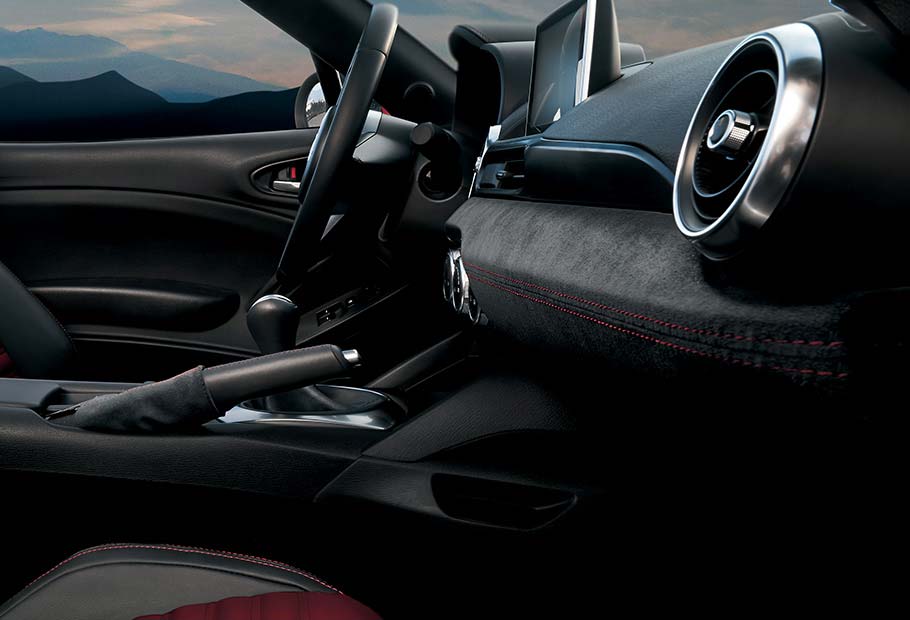 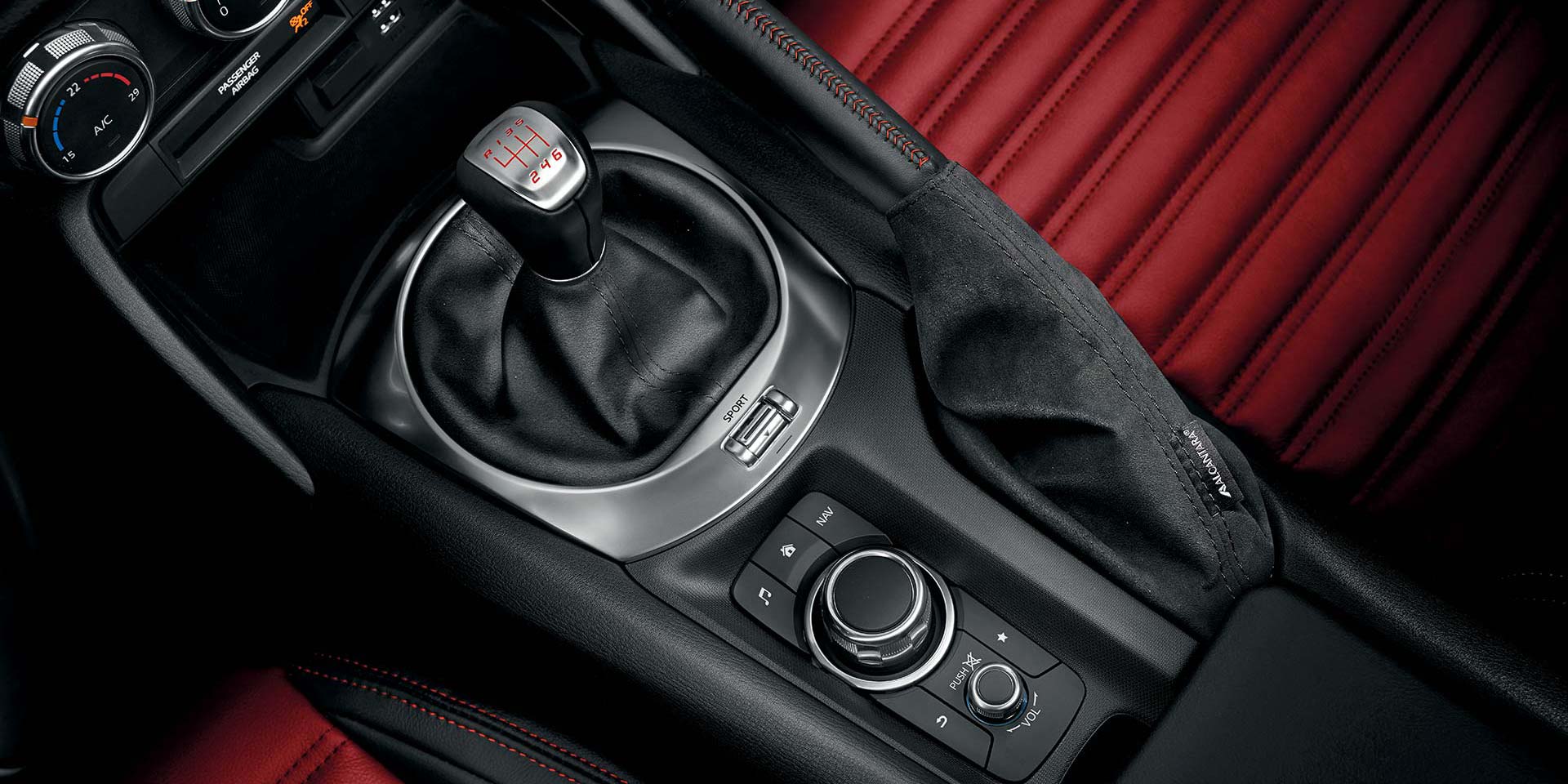 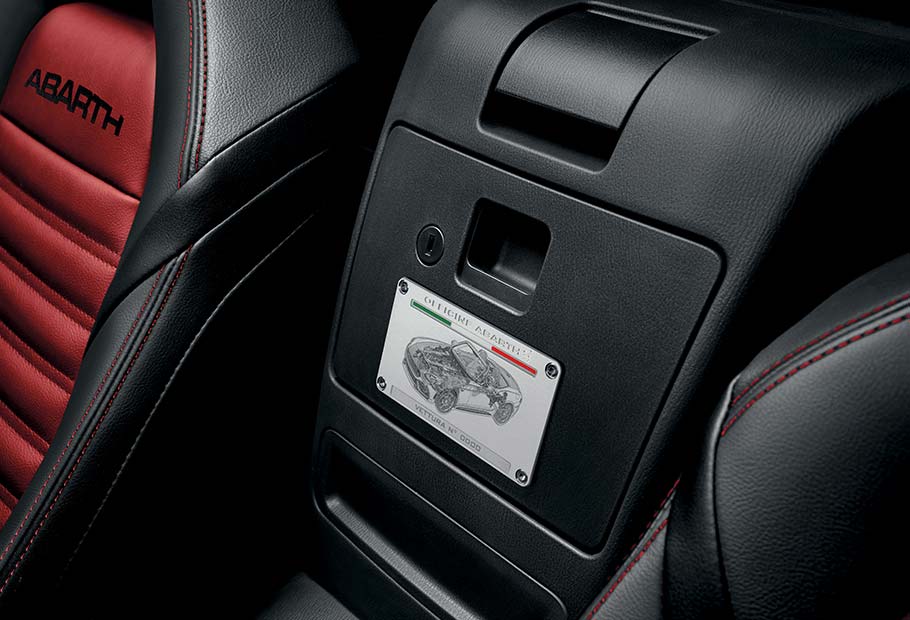 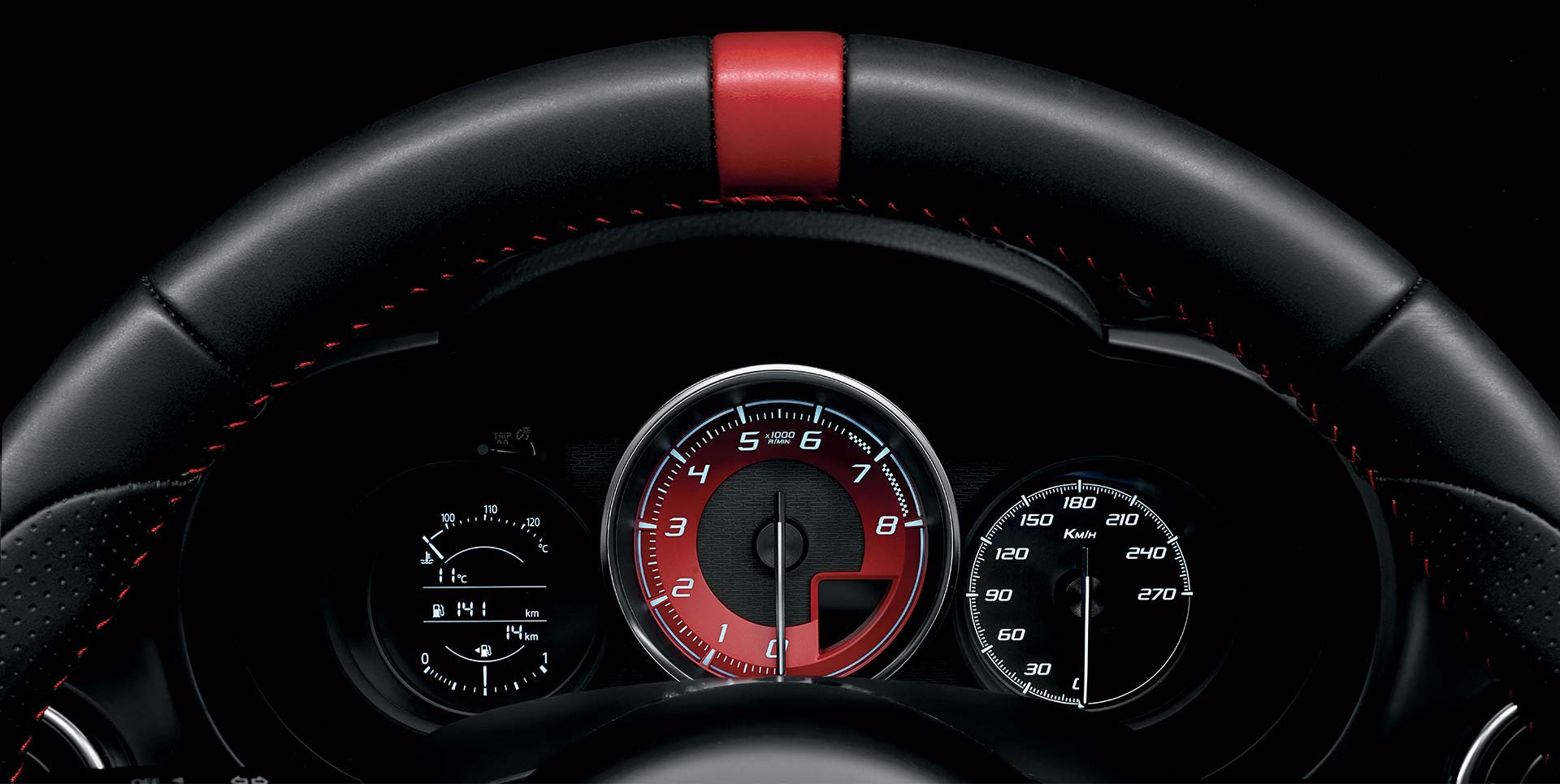