Back in 2012, the car landscape was devoid of fun and affordable rear-wheel drive, two-door sports cars. Apart from the convertible Mazda MX-5 (the Miata in the US) which if that didn't appeal, that left you with zip, nada, zilch for choices.

With the world still recovering from the GFC and bean counters firmly holding the reigns on new car development, car makers were churning out safe and reliable but deadly boring rides.

One of the worst offenders for a boring product was Toyota, although they were bulletproof and economical, most of their range had the appeal of four-wheeled washing machines.

2012 however brought about a fundamental change at Toyota, having decided it was time to bring their mojo back by providing car enthusiasts with a cheap, reliable and fun to drive sports car - the 86 GT/GTS. It was simple in concept and execution, much like the original Celica's of the mid-seventies and it was all about the drive. The 86 GT/GTS, developed by Tetsuya Tada and Yoshinori Sasaki, chief engineers at Toyota and self-confessed car nuts.

The 86 GT/GTS debuted to rave reviews with journo's universally agreeing it provided one the purest driving experiences out there and all for an affordable price. It won countless awards, including the Top Gear UK 2012 Car of the Year.

The 86 GT/GTS features a 2.0-litre boxer four cylinder motor sourced from Subaru, producing a 147kW @ 7000rpm and a max torque value of 205Nm between 6400rpm-6600rpm. Due to its perky power delivery, the car has to be worked to get the best out of it - but its controls, balance and refinement mean it's a pleasure to drive.

Early examples of the 86 GT/GTS are now coming up for five years old and unmolested examples can be had from as little as $18,000 AUD.

A sweet ride for a sweet price. 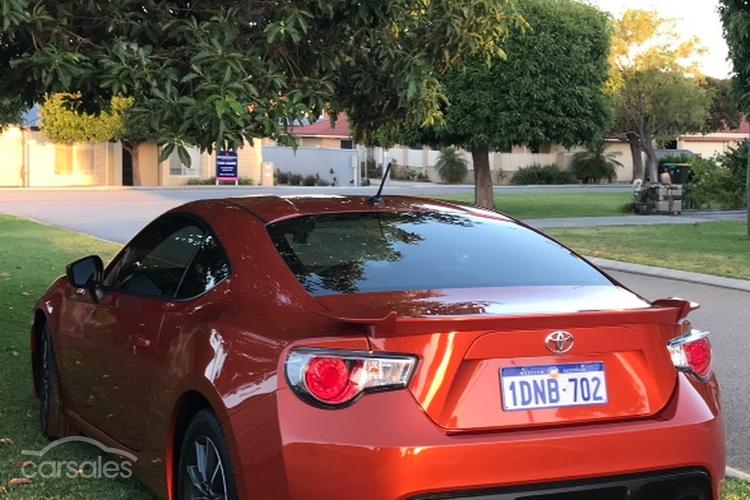 Used Toyota GT 86 cars for sale in the UK

Cars for Sale in the USA - Autotrader

Find Toyota 86 for sale in the USA at Autotrader!
http://www.autotrader.com/cars-for-sale/cars+under+22000/Toyota/86/Beverly+Hills+CA-90210?zip=90210&showcaseOwnerId=562602&startYear=2012&numRecords=25&sortBy=derivedpriceASC&maxPrice=22000&firstRecord=0&endYear=2018&modelCodeList=TOY86%2CSCIFRS&makeCodeList=TOYOTA%2CSCION&searchRadius=10
Tweet