...what’s it all about? Performance Cars: Part 1 So if you're reading this I'm guessing you're into performance cars or at least interested. My car obsession started when I was little more than knee high to a grasshopper with my first Hot Wheels Matchbox car. I didn't know why but I just thought cars were the coolest thing ever. In my little brain I thought if it had big wings, flares and a loud paint job, it had to be a performance car.

Now that I'm an adult (my wife would question this), I get that it takes more than that to qualify. I mean, you can put big wings and flares on a Hyundai Getz, but that's not going to make it a sports car is it...

So what makes a performance car and how has it changed over the years? Clearly what made the grade in the 60' is light years away from what we have now. A '64 small block V8 Mustang on a good day from a standing start, hit 100Kmh in 7.5 seconds. The current Ford Fiesta ST will do the same sprint in 6.7 seconds and it only has a 1.6 litre engine! Yet I guarantee that from behind the wheel of either, you'd be grinning from ear to ear just from the sheer joy of tooling about in such cool cars.

Performance cars these days come in all capacities; sedan, coupe, hatch, SUV, X-OVER, 2 door, 4 door and all manner in-between. So hopefully the following will make a little clearer just what a performance car is. I get that this is subjective and one man's dingo is another man's dog, so if I miss something or you think I've got it wrong, it'd be great to hear from you.

I guess to understand the performance car mythos, we need to examine all the different definitions out there. Let's start with the most obvious - the sports car.

According to Wikipedia, a sports car (sportscar) is a small, usually two seater, two door automobile designed for spirited performance and nimble handling. According to the Merriam-Webster dictionary, the first known use of the term was in 1928.

Sports cars may be Spartan or luxurious, but high manoeuvrability and minimum weight are requisite. They may be equipped for racing, "especially an aerodynamically shaped one-passenger or two-passenger vehicle having a low centre of gravity and steering and suspension designed for precise control at high speeds." Well, that's pretty clear cut.

I hadn't realised that we haven't yet hit a 100 years since the phrase was coined. As far as the definition goes... makes sense to me.

Now it gets interesting. Supercar was a term bandied about in the mid-sixties and it has stuck ever since. The first car it was applied to was the stunning 1966 Lamborghini Muira. A Supercar may or may not be a sports car, with its broad definition being top end performance.

When the term was first used, any vehicle that could meet or exceed 150Mph was considered a super car. Nowadays it's considered to be somewhere between 175Mph to 200Mph, depending on who you talk to.

Wikipedia calls it as follows; a supercar is a very expensive and high-performance sports car or grand tourer. The term is used in marketing by automakers for unusual, high-end vehicles, and has been used to refer to at least four different sorts of cars.

OK then, you can see with the criteria above that pretty much any vehicle out there could make "supercar" status if it has the goods. Take a Porsche Cayenne Turbo S SUV with 550Hp and a top speed of 175Mph - supercar methinks. Go back 15-20 years and suggest that an SUV could be a supercar and you would have been laughed at. 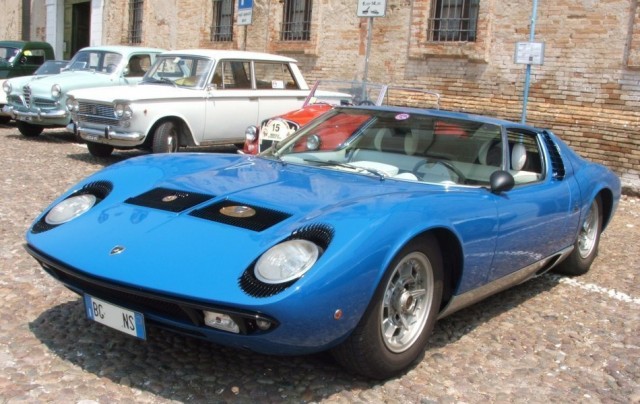