Ok, so we didn't hate it - but it's fair to say given the large amounts of chatter on the internet, that we didn't love it either. Let's get a glance at the revamped TG.

Our new presenters: Chris Evans with Matt LeBlanc and an appearance from the Queen of the Ring, Sabine Schmitz, followed by Rory Reid and Chris Harris hosting a surprising little extra called Extra Gear.

It was an expected and thankful return of the video and editing talents from the cutting crew at Top Gear which deserves huge credit in delivering the usual calibre of film mastery... without it, all bets would be off. So what does that say about the new partnership of would-be hosts gunning to replace the previous Clarkson, Hammond and May juggernaut?

Let's just get it out of the way. We've observed Chris Evans in other variety media and most would agree he's enjoyable and has received notable credit. Chris' entrance to Top Gear left us reaching for ear plugs when we were bombarded with every single word being shouted with an over enthusiastic delivery bordering on painful - Ouch!  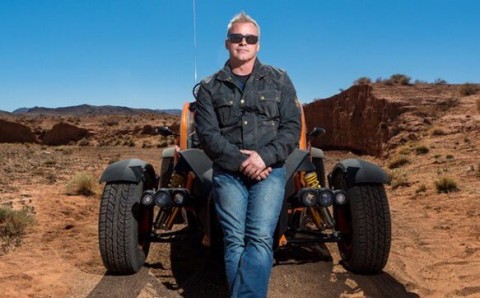 ​Enter Matt LeBlanc. Contrary to some scepticism of Matt's suitability, his likeability seems to overcome the pressure. Apart from some clear scripting, LeBlanc immediately gave a performance which made us feel comfortable with him at the helm. It was plainly obvious at this point that the BBC's obvious PC harness on Top Gear content had taken hold. Matt LeBlanc's natural and friendly comedic swagger cuts through this due to his acting experience, whereas the rest of the crew may struggle to embrace the manners-police as production continues.

It's easy to be critical of the new kids on the block but you do get a clear sense that some knob had too much of a hand in over-scripting. Whilst old TG had scripting, it didn't feel like it because the boys had room to move. It may be, this room has now been severely reined in. If that's the case, then all we can say is, "ooh dear!"

It was really nice to see Sabine Schmitz flaunting her talents on the track. She has so many miles of street cred' and has always been a welcome sight on the show. Anyone who has seen Sabine on the similar German car show D Motor, will notice straight away that she is a natural auto journalist - provided the german language is in your resume. Her new appearance on TG seemed this time a little prickly and her often funny posturing simply comes across as arrogant. It was afterward a pleasure to see some more insight into Sabine's regular life in Extra Gear after the show, where she appeared more natural. Are we sensing a theme here?

During the first challenge between the new super spoiler Viper and Z06 Corvette, we loved the Top Gun quoting which was a nice try at humour, and the machine guns and sidewinders... but the scenes were soooo manufactured and it just looked liked they were faffing about. C'mon guys, are you even trying to make this look authentic? 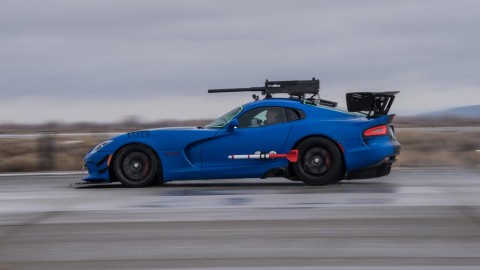 ​We laughed at LeBlanc's noticeable discomfort in the Reliant convertible scenes, but it was boring and seemed to serve no purpose but to annoy. The classic US vs UK jeep challenge thingy had us rolling our eyes at the under thought escapades introduced. We were just waiting for it to end. Again, Matt had us engaged, Evans was just more loud.

When it came time for an actual review with the new Atom, LeBlanc showed us how much of a gear head he really is... but plainly, we were simply entertained, which is what Top Gear is supposed to be all about.

We get the sense that when re-inventing Top Gear, the production team wants to deliver an overload of stuff which just makes them look like they're scared of what Clarkson's old crew will deliver. Instead of the usual star in a reasonably priced car, we had two -and it was basically crap. Gordon Ramsay and Jesse Eisenberg looked foolish together and the interviews sadly lacked the personability which was ever present prior. You felt like you never got to know them at all and it felt rushed. Also to note was the sounding of intro music upon every entrance, which was tacky. This is really where we noticed how they were trying to overcompensate. A nice change though, saw the introduction of a not so reasonably priced mini for the new part off-road time trial track; lots of fun to be had there so we'll be waiting for some funny mishaps in the future, albeit, Eisenberg would've been more engaged if he took the track in a taxi.

Perhaps the only real star of the show for its maiden return was the Stig... who didn't have much to say. 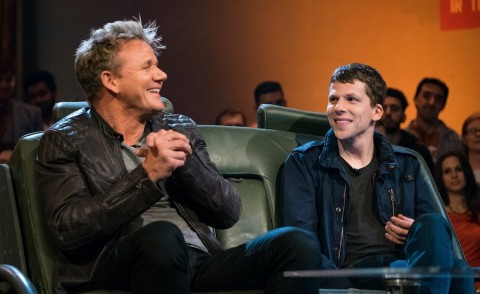 Ok, so this was kind of cool. As we mentioned, this gave us some insight into Sabine's regular roll and introduced us to the other presenters, Chris Harris and Rory Reid.

The regular news portion of the show looks like it's been pushed into Extra Gear and had us see a softer presentation than that delivered by Evans. We notably know Harris and Reid from their YouTube auto blogs where they've made names for themselves in their own right. Rory, who is often a little more brazen seemed more well mannered than what we're used to - dare we say it, he looked like he really wants to wear the Top Gear shoes and be taken seriously for a future on the show. Harris... well, he's a great auto journalist, there's no doubt he can drive and he gives critical informed insight. That being said, he did appear to have a lot of nervous energy, coming across as particularly abrasive. If we saw less of him, I doubt we'd care.

As first impressions go, let's just say that there's room for improvement and maybe a less is more, approach. If we had to give it a label it would be - Disjointed.

It sounds like a fair bit of a bashing, but it's fair to say that the jury is still out and teething problems should be expected. We hope the BBC in its infinite wisdom won't totally kill Top Gear by trying to beat its former hosts. 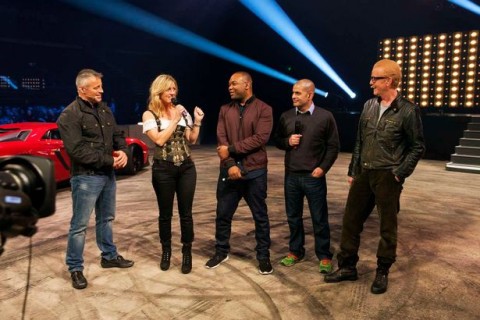