The 28 NOT most beautiful cars in the world Part 2

Sorry I'm drooling over the keyboard as I write this. My brain is going, "want, want, want". If that doesn't sum up how I feel about this car I don't know what else will. This is probably the most under-rated exotic out there. Trouble is, people are starting to 'get it', and the value of a decent Pantera has been climbing rapidly in recent years. What's not to like, you have the combination of sensuous Italian styling and American muscle running gear which makes a mix that is easy to maintain and stunning to look at. Be warned though, like the Alfa Romeo Montreal there are issues (though easily fixed ones). If not sorted ownership can be costly. Picture Source: Top Car Rating 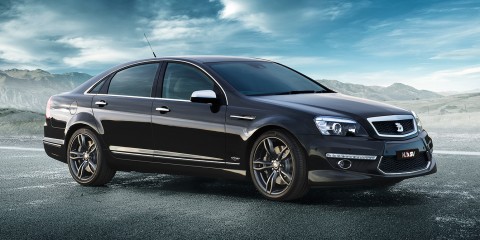 Introduced in 1988, HSV (Holden Special Vehicles) is a uniquely Australian twist on the traditional muscle car formula. They're big, bold V-8's with basic layouts, but you can never say they're boring. They'll drift like there's no tomorrow and the current crop we've exported to the UK have been described as a poor mans M5, which is a big Aussie 'up yours', considering they're around half the price. Good on you cobber. Picture Source: HSV

The Monaro has a special place in my heart. Especially since it was the first car I ever owned. A clapped out 1970 HT GTS in racing green. I totally restored the car; a lot of fond memories there but I was young and stupid. When I finished it I lost interest, the whole 'now what?' came over me and I didn't see the point in keeping it. I sold the car for $4000 dollars which wasn't bad considering I bought it for $500. Had I the foresight to have kept it, it would be worth in excess of $100K today. Aside from my personal interest in the car, this is the first true all Australian muscle car. For that alone it's very special. Picture Source: Unique Cars

In the early 70's the Australian muscle car scene consisted of the big three. The Holden GTS Monaro, the Valiant Charger RT Hemi 6 Pack and the Ford XB GT 351 beast. If you were a fan of one, most likely you hated the other two. I don't see it that way. I think they are all uber cool. I'll take one of each please and make the Ford that awesome canary yellow shown above. These have to be the purest Aussie car designs ever, not a line out of place. Put a set of modern rims on one and we're really talking. They are now as rare as hens teeth. For a good one you'll be hard put to find one for less than a $100K AUD. Picture Source: Courier Mail

Last but not least of the Aussie big three muscle cars of the early 70's. The Charger is etched permanently in my mind. It's probably the first time mass media had a meaningful impact on me. When the car was released there was a famous advertising campaign with the cheesy slogan "Hey Charger". Every man and his dog was quoting it, such was the power of the ad and the allure of the car. It came out of nowhere and was a real surprise package. This was seriously out there for the time and the car is still a hard "Charger" (pun intended), even today. How's this for a specification, 265 cu in (4.3 L) HP base engine (302 bhp (225 kW), 4spd manual, in-line 6 cylinder engine. Unheard of at the time - Those outputs are still impressive for a naturally aspirated engine. Picture Source: Shannons

This was the car that started it all for me; well this car and Elvis. What's Elvis got to do with it? Well nothing directly except that in my little 7 year old brain he was the coolest person on the planet and he got all the girls. So where's the connection to the Ferrari? Viva Las Vegas, the movie. Elvis was a race car driver called "Lucky" who's love interest was "Dusty" (Ann Margaret). I thought "Dusty" was a gift from the gods, schwing! Elvis didn't actually drive the Ferrari, his main rival "Count Volpi" did. I remember the first time I saw the Ferrari on the screen, my brain exploded. I'd never seen a car like that before. From that moment on no other car maker would have the same impact as the Prancing Horse did, I made it my life's mission to find out what that car was and when I found out it was a Ferrari I was hooked. Now to the car in question, it may well possibly be the most perfectly sculpted car ever and nearly 60 years on it has not lost it's visual appeal. You'd be lucky to pick one up for less than $12 Million AUD, such is their rarity. Picture Source: Classic Driver

I've never been a huge fan of drop tops, something about the whole roof missing doesn't quite gel with me. More often than not the convertible version of any car is substantially worse than a closed top vehicle. How do you make something that is not as sound structurally, drive as well as it's closed top sibling? In this case who cares, with those looks I'm willing to forgive any sins the open top format may present. Ferrari seem to be the only manufacturer who gets how to make an open top car look cool. And they haven't just done it once, they've done it time and again over the years, 275 GTB, 550 Barchetta, 575 Super America, the current 488 GTB Spider. But if I could only have one it would have to be the 250 GT California, sigh. And no, I didn't forget it was in Ferris Beuller's day off. Picture Source: Concept Carz

The first of the "modern" limited production run Ferrari's. They took everything that was great about the 308 GTB it was loosely based on, and made it better; and when we say better, we mean by a factor of 4. This thing rocks, a twin turbo V-8 pumping out 400bhp and weighing in a little over 1100Kgs. It's a simple recipe for brute performance that is still used to this day. How about 0 to 100Kmh in sub 5's, yeesh, that's still fast. This thing is Magnum PI on steroids, it looks tough. It was also the first road going Ferrari to use composite materials in it's construction. This is a tough call but I think I'd rather a 288 GTO than an F40. I've read that at the limit the 288 is the scarier drive. Bliss... Picture Source: Road Smile

If you don't know about this car you must have been living under a rock. This is it, the grandfather of all hyper cars that followed it. The F40, at the time of it's release, sent the car world into a spin, it was the first genuine 200Mph + road car and had every other car manufacturer taking notice. The formula was magic, the Commendatore instructed his designers to make it light, make it powerful, keep it simple. The F40 was the triumphant result and was the last car Enzo was involved with. At 478Bhp and 1200kg's the drive experience was truly that of a race car for the road. In a time when computer control, all wheel drive, abs this, power assist that, was all the rage, the F40 proved it could be done better with a purely analogue vehicle. They say to drive one is truly a breathtaking experience. For Ferrari fans it's always the argument between which is more desirable, this or the 288 GTO. Picture Source: Wikipedia

The mid 60's were a golden age for car design, with classics like the Ferrari 275 GTB, the Lamborghini Miura and the C2 Corvette Stingray but these cars were exotics and not really accessible to the ordinary Joe Schmoe. Pony cars addressed that, they were a relatively new concept at the time, the 66 'Stang being a 2nd generation vehicle. What they brought was affordable fun to the masses, and the masses scooped them up. Ford sold them in the thousands and why wouldn't they. The 66 Mustang hit all the right spots and the special edition series of the car gave you Ferrari performance at quarter of the cost (well in a straight line anyway). As to the cool factor, it was their relative simplicity both mechanically and design-wise which made them such a hit. Now nearly 50 years on they are living proof that design done right is timeless. Picture Source: My Classic Garage