Tesla: Bringing the future to Adelaide. The Future Is Now.

A future where zero emissions vehicles are the norm and all energy sources are renewable/self-sustaining. It's a grand vision and one that common sense tells us we should be aiming for; he's of the opinion that seeing as our generation made the current mess, it's only right that we go about cleaning it up, lest future generations suffer. I'm all for it.

If you want to get aboard that train and become an early adopter, you can check out just what Tesla offers by visiting their official showroom in the Myer's department store, Myer Centre, Adelaide.

Currently, the showroom is just a pop-up, featuring the Tesla Model S, Model X and their bespoke home power solution, the Powerwall.

We decided to get the heads up on Telsa and went for a sticky beak. First impressions? Shiny happy people holding hands, yes, the enthusiastic staff that greeted us were more than willing to sing the praises of Elon Musk, though it wasn't off-putting. On the contrary, it was obvious from the outset that their belief in the brand and Musk was genuine and also infectious.

If attention to detail is anything to go by, Musk is clearly on a winning track. It seems Tesla recruitment takes as much care picking their staff as Tesla design does developing their cars. The sales team we spoke to were committed eco-warriors, wholeheartedly behind Musk's vision for a brighter future, and when they were conveying their clean, green mission, it came across as more than doable.

And why wouldn't you feel that way when the hype behind the Tesla brand almost has it selling itself. 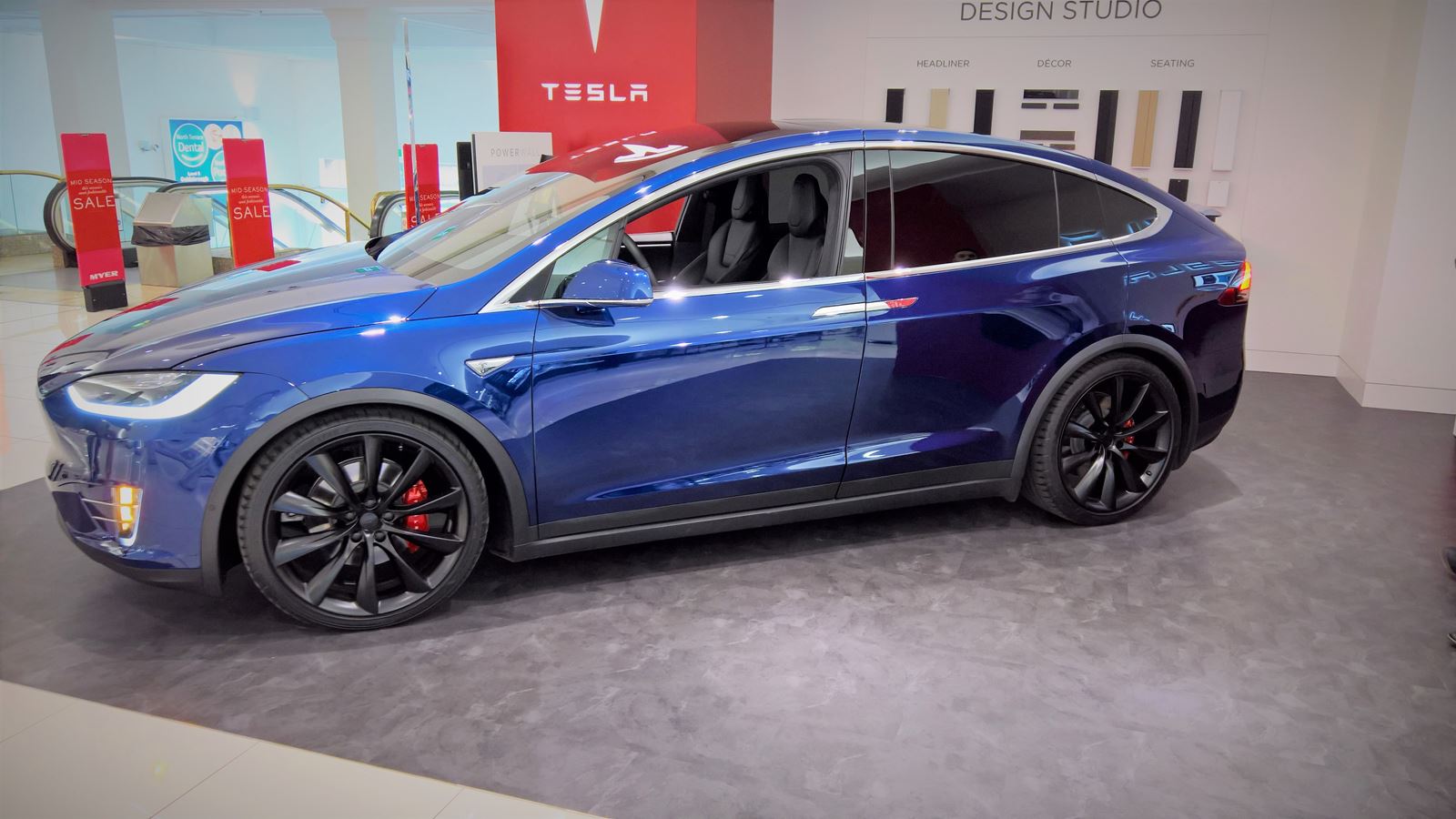 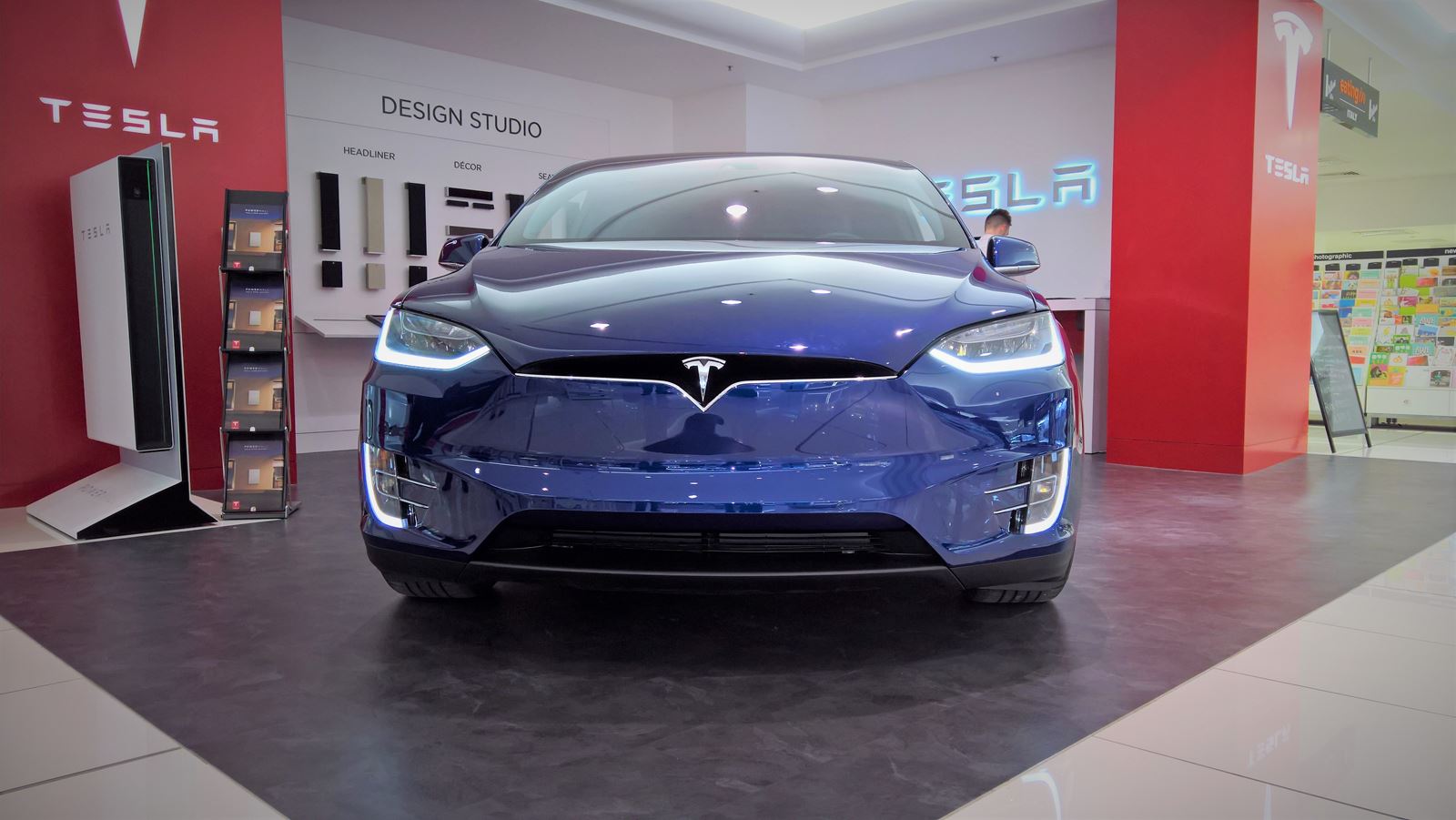 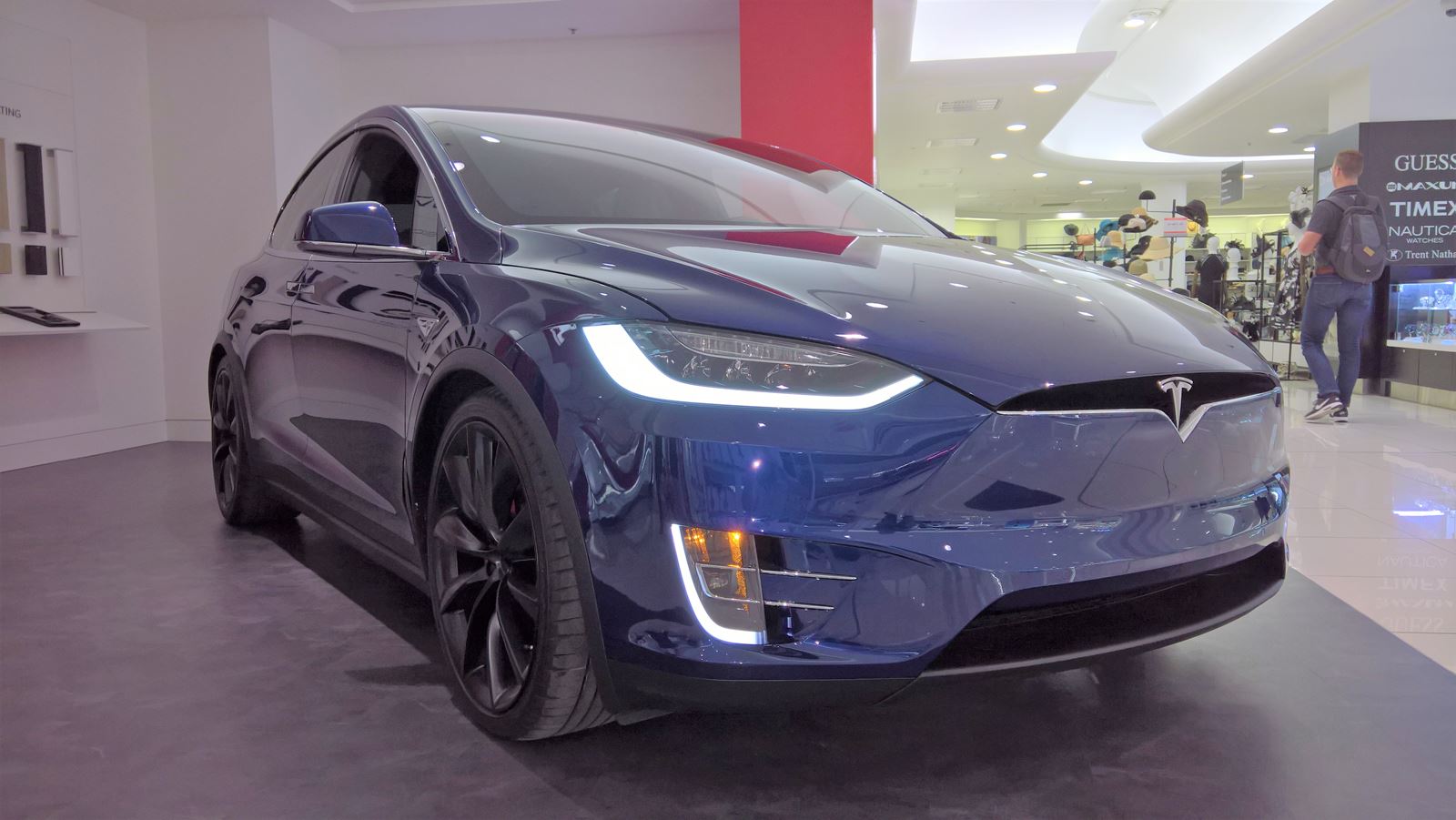 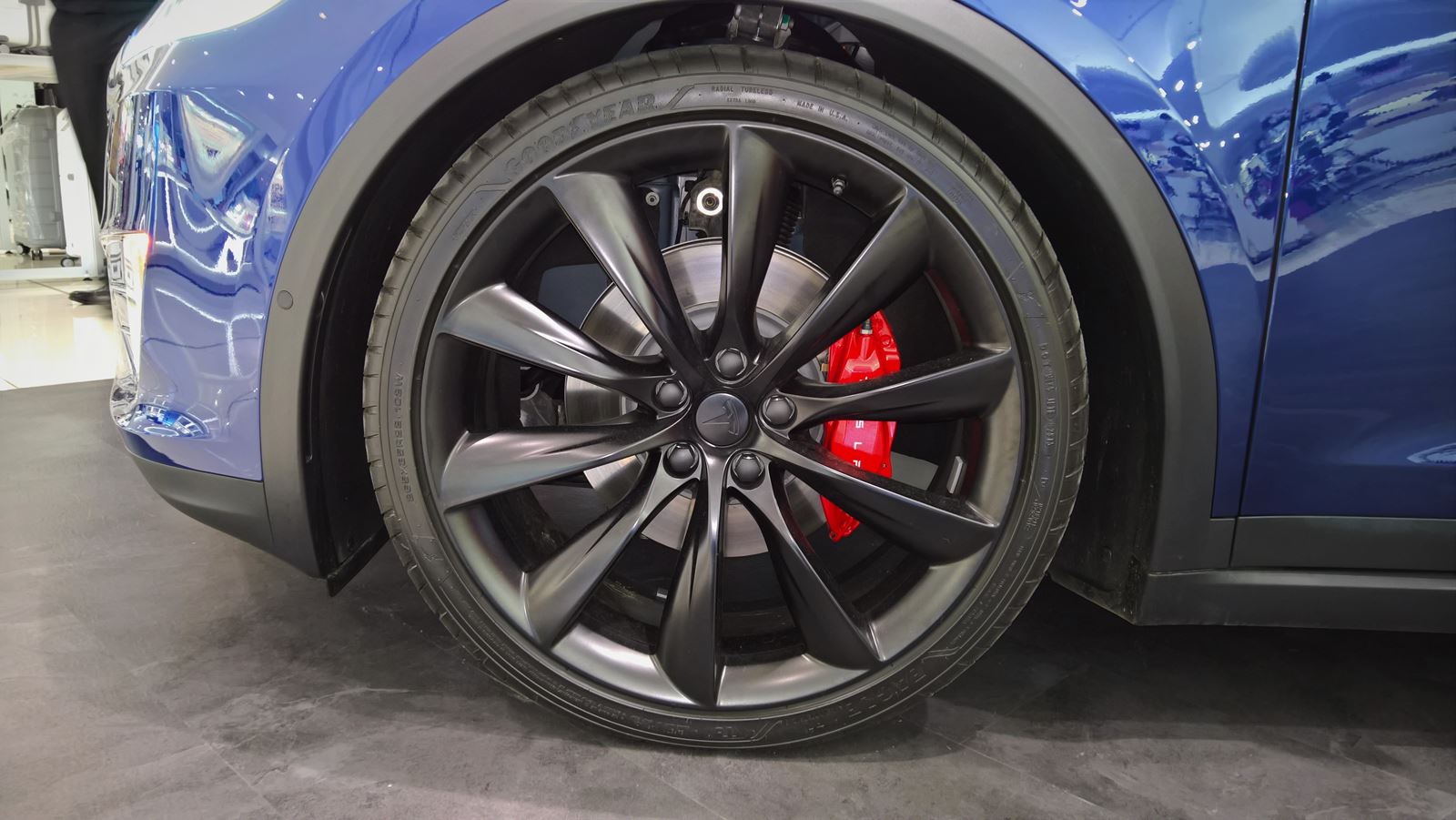 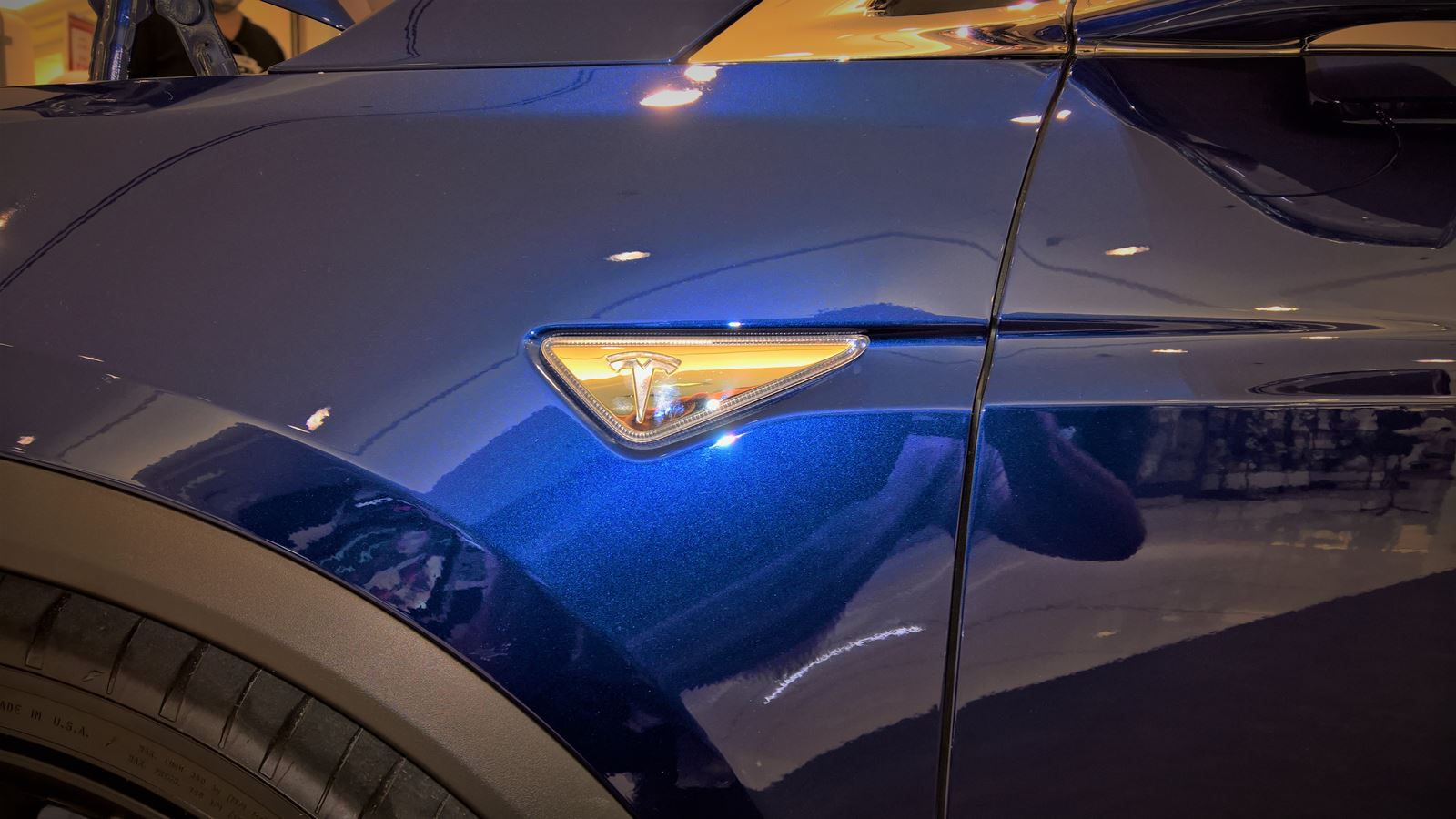 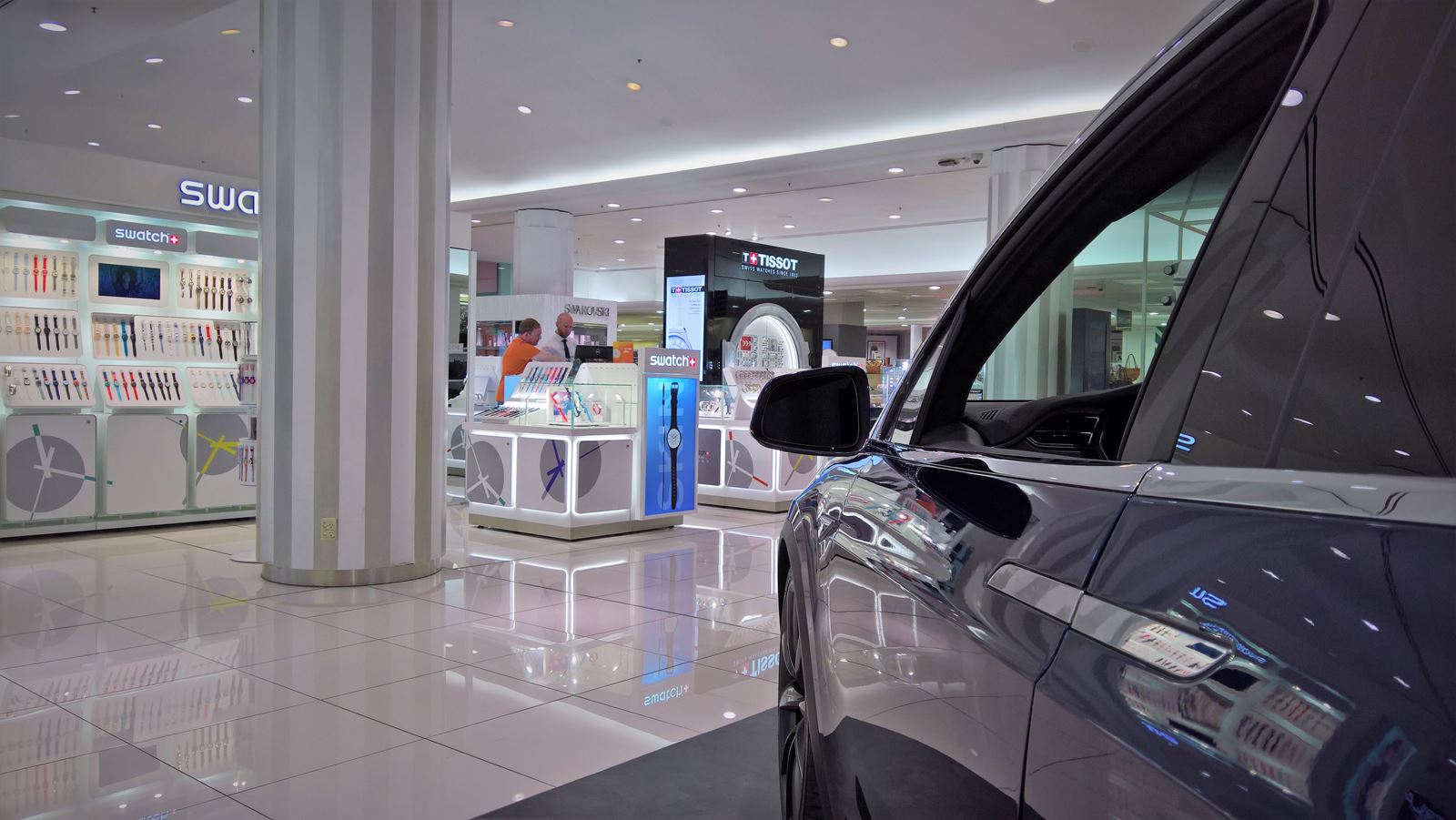 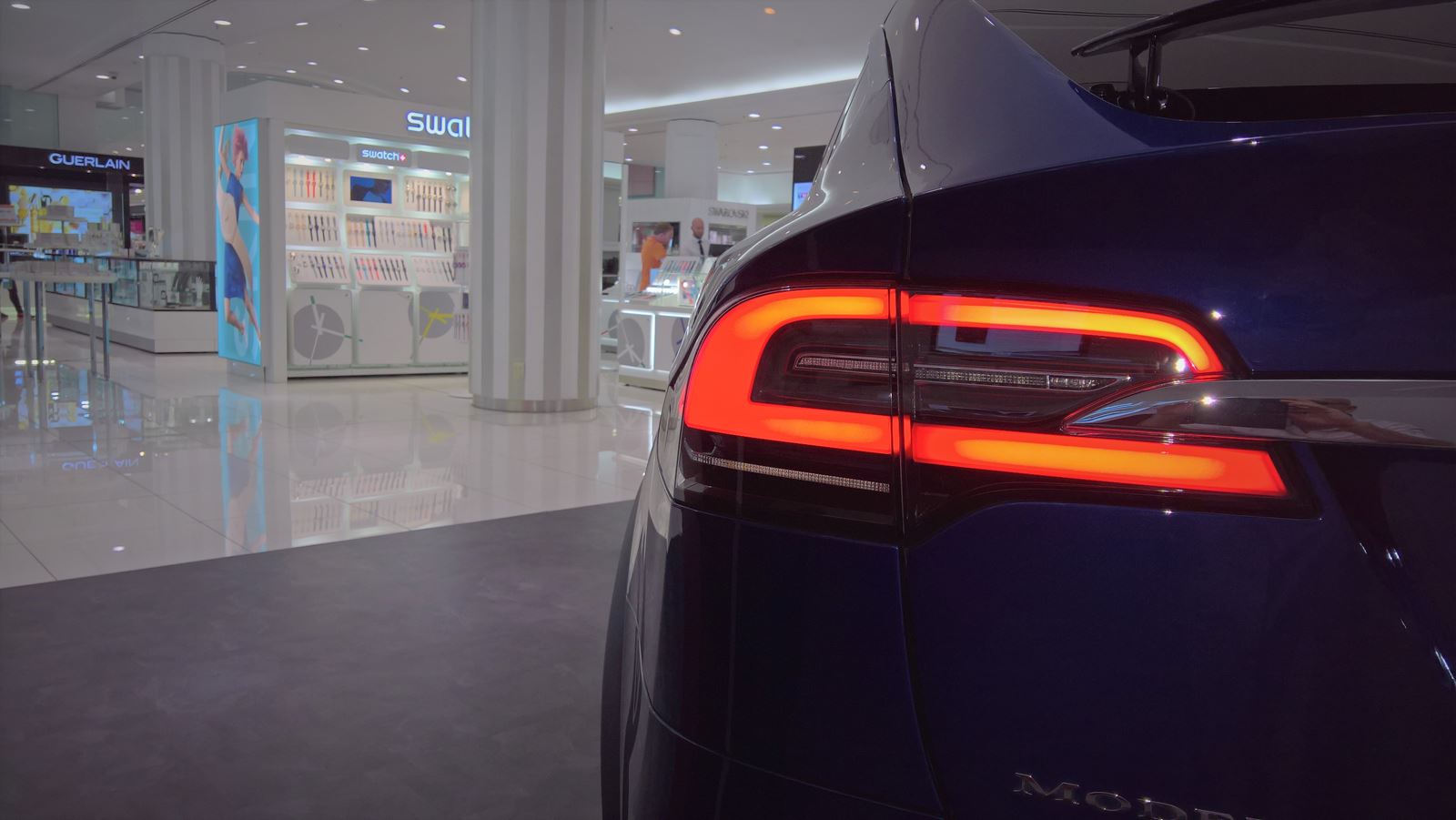 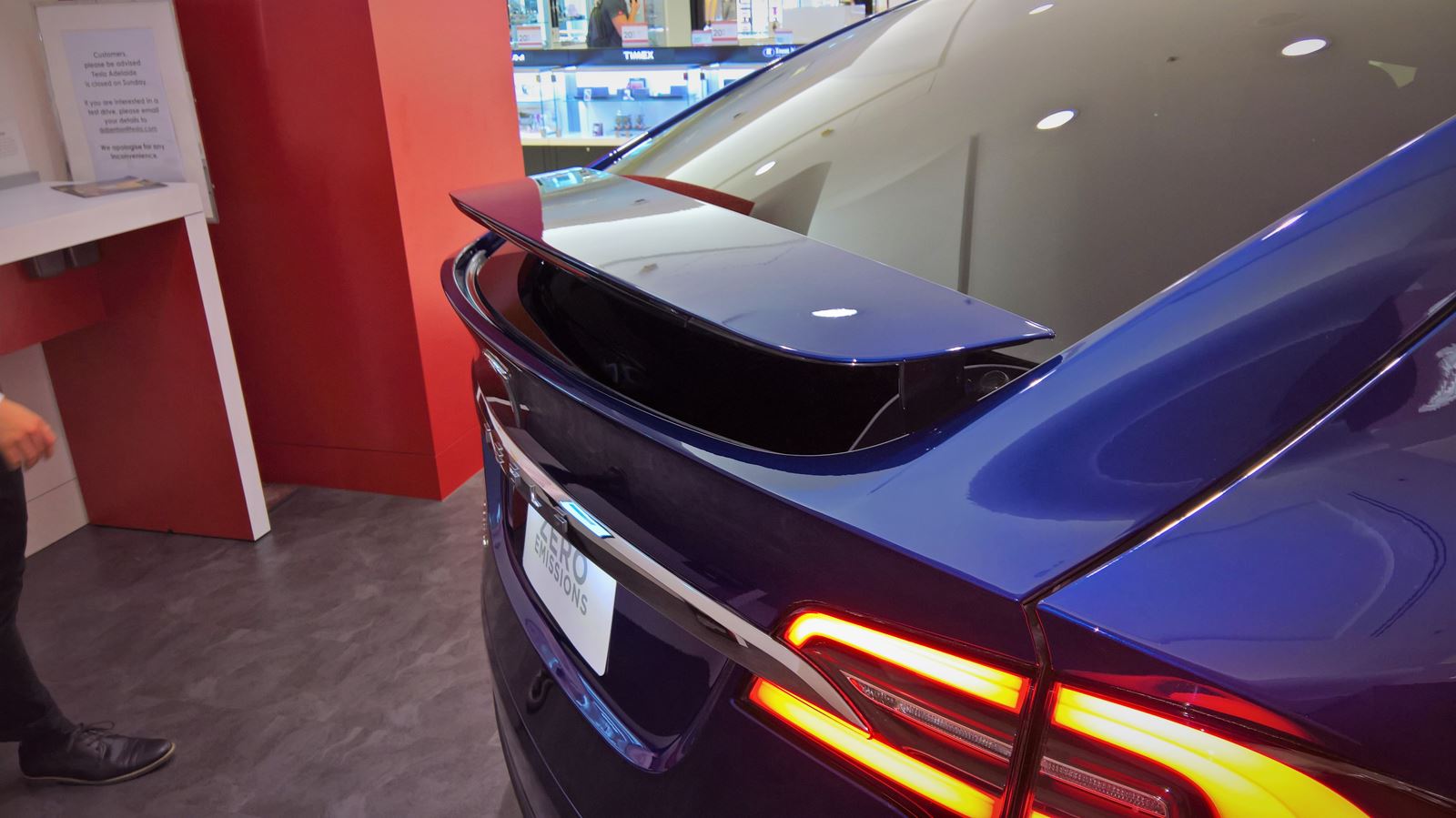 Our preview of the Tesla Model X had us more than impressed; we were surprised by the integrated technology, build quality and overall presentation.

The interior is exceptionally refined, the quality of the fittings, fit and finish and the general feeling of luxury brought Audi to mind. In fact, if the marque badges were removed, you'd be hard-pressed not to think it was an offering from the German big three.

The sumptuous leather seating instantly conveyed a sense of comfort but also of sporting ability, so while they will easily hold you in place, you won't develop a bruised rib-cage when you're onto it. This comfort is not just for the driver but is carried over to the passengers, leg room for all passengers is exceptional, Tesla, not having to concern themselves with the packaging of a conventional drivetrain liberates space in spades.

Seeing how the car is packaged is quite an eye-opener, the Model X, being an SUV, you expect a fair amount of rear cargo space, but having a useful amount of front storage space under the hood where an engine would normally be is not. While the front load area is not huge, it will easily hold a week's worth of grocery shopping for an average family with the rear space untouched!

The gullwing doors (or falcon wing doors as Tesla calls them) at first appear as a bit of a gimmick, when you engage with them, however, you appreciate their convenience. Getting in and out of the rear of the car without having to stoop or worry about banging your head is quite liberating. I questioned their ease of use in a car park; the salesperson confidently explained the doors accommodate automatically using sensors to detect ceiling height and width available, impressive stuff.

As for the Model X's exterior styling, we'd go as far as saying it's shapely but not overtly beautiful. From some angles it looks a little ungainly, it is a full-size SUV after all, despite this, Telsa has done an admirable job masking its bulk, the family ties to the Model S and upcoming Model 3 is clear. Its stance is aggressive, however, and when shod with the optional massive 22" inch black alloy rims, as was the display model, it looks like a serious piece of kit.

And what a serious piece of kit it is, even the entry level Model X is good for the 0 to 100 km/h dash in just 6.0 seconds flat. The uber, top tier Model X P100D will bust it in a ridiculous 2.9 seconds; Tesla actually calls that brutal neck snapping acceleration 'ludicrous mode', for a frame of reference that is the same as a Lamborghini Aventador Supercar!

It proves that electric cars don't have to be limp biscuits. What about driving range you say, 30k's and it's all over, right? Depending on the version of Model X, Tesla quotes full charge driving ranges of between 417 to 542 kilometres under optimal driving conditions. Of course, if you give the car a solid thumping it will dramatically reduce the driving range, even so, it will still be going long after an EV like the BMW i3, for example, has given up the ghost.

Putting it all together, high performance, excellent vehicle dynamics, decent driving range, comfort, luxury and zero emissions, you can see why there's talk that the days of the petrol-powered car are numbered.

The only drawback we can see for being an early adopter is the price of entry. Telling the world, you're eco-friendly is also showing that you've spent a fair amount of coin for the privilege. Even the basic Model X will set you back $135,000 AUD. If you fully option the top tier Model X P100D, it can see you out of pocket for more than $317,000 AUD.

It's exciting times for car enthusiasts, while some may lament the end of the petrol powered car, we at Carligious are looking forward to the future that electric vehicles promise. We can't wait to get behind the wheel proper to report whether the Telsa phenomenon is not just hype.

Stay tuned for updates as we will be test driving the Tesla Model S and Model X in the near future.