Well it had to happen, the LaFerrari is about to lose its Hypercar crown to the much anticipated 2017 Aston Martin AM-RB 001, which is already being dubbed the quickest road car ever.

Aston Martin are working overtime to revamp the entire model range to bring them in line with their competitors. Considering their current offerings are all based on a platform which is over a decade old, it's well overdue. With the likes of the all new DB11 paving the way, it shows that Aston Martin can still cut it with the best of them and release cars that are both appealing and exciting to drive.

Headlining this push; the new AM-RB 001 is set to take Hypercars to the next level (It can't be too far down the track that we're going to need pressure suits to drive these things). Built in collaboration with five time F1 World Constructors Championship winner, Reb Bull Racing, the AM-RB 001 caused a sensation with its reveal at the Aston Martin Gaydon headquarters in Warwickshire earlier this month. 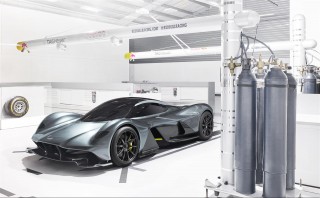 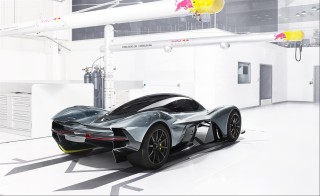 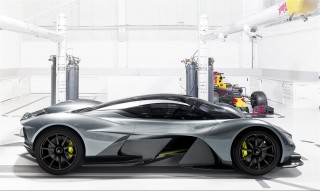 With bringing Reb Bulls F1 technical expertise and Aston Martins world class designers together, their claim to bring the closest driving experience to an F1 racer in a road legal car is no idle boast.

The reveal showed that function and form can be blended successfully without compromise. The aerodynamics featured on the full scale mock-up are equivalent to a full-fledged race car. What's amazing about this is that despite its obvious track leanings, the Aston Martin & Red Bull crew behind the  development insist that it will be roadable.

The development team are keeping pretty tight lipped about its full spec but we know it will employ a mid-mounted naturally aspirated V12 engine driving the rear wheels. Hybrid technology may also come into the mix. Considering the recent Hypercar offerings from the other camps which all employ some kind of Hybrid technology, we'd say it's a given.

The AM-RB 001 will not be about outright top speed, they'll leave that to the Bugatti Chiron. As any true enthusiast would know, top speed does not necessarily equate to the quickest lap times and this is where the AM-RB 001 will shine. It will be the quickest road car ever, period. How about lapping England's Silverstone GP circuit a full 20 seconds faster than a Porsche 918 or McLaren P1?

If the AM-RB 001 can achieve these bold claims, it will make the Hypercar competition look like Model T Fords in comparison.

To achieve these aims, it's our guestimate that the car will need to produce at least 1000hp and weigh 1000kg or less. Mind bending numbers for sure. 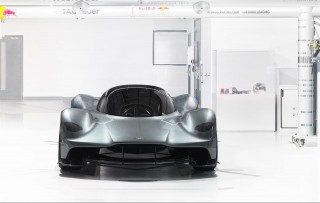 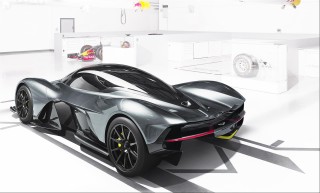 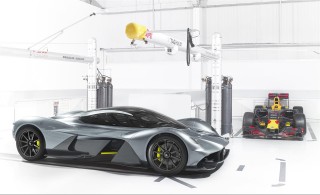 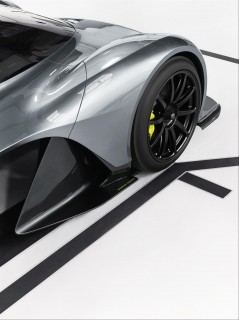 There will be two versions of the Carbon Fibre based vehicle; a stripped-out track only variant and a fully legal road car. As far as price and numbers are concerned, it's still to be confirmed. Expect prices to match its stratospheric performance claims. In other words, if you have to ask, you can't afford it.

The crew at Aston Martin & Reb Bull racing are promising a car that's not just about the numbers but a car that will deliver the greatest road legal driving experience ever, and if that doesn't put a smile on your dial, nothing will.