Just take a look at the new Ford Focus RS in all its lairy glory. We can't wait to get our hands on one. It has to undoubtedly be the new Hot Hatch King. Bang for buck, it's pretty clear that it stands on its own for the performance. At around $50K AUD plus on roads, the new RS is crowding the likes of premium brands such as the Audi S3 and Mercedes AMG A45; cars that are substantially more expensive than the little Ford belter.

While the previous RS, last seen in 2009, looked like a full on rally beast, the current model definitely has the presence to show it's just that little bit special. From the gaping mouth with aggressive front chin spoiler, to the flowing side skirts, through to the functional rear diffuser and twin canon tail pipes poking out prominently. The rear spoiler whilst large, perfectly fits in with the character of the vehicle. To sum up, all the aero aids aren't just for show but provide negative lift at speed. Fitted with meaty 19" alloys standard, I'd say on the looks front it's a nicely rounded out package. 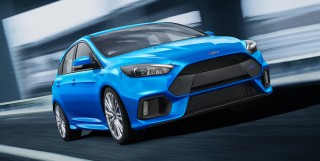 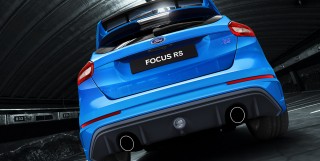 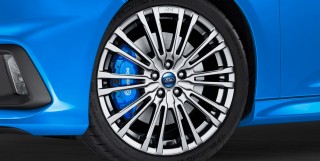 This is the first Focus fitted with a sophisticated all-wheel drive system that can shunt power to the front and rear wheels as required, so the drive train will adapt to the road conditions it faces. Up to a 100 times a second, the monitors are telling the car when and where torque is required. At any given moment up to 70% of the torque can be sent to the rear and if required a 100% of that can be sent to each rear wheel individually, this will aid turn in if things start going wrong.

With all the driver aids present you're going to feel like you can fettle like Vettle. There are 4 drive modes present including DRIFT mode. No, that's not a mistake, there is a DRIFT mode. How often you'll be able to use said mode or if you can afford the tire outlay, is irrelevant. It has a DRIFT mode. How cool is that?

The Drive modes available, (Normal, Sport, Track and Drift) affect everything from the all-wheel-drive, dampers, steering feel, stability control, engine mapping and exhaust note. Track and Drift mode are apparently just that, and should be reserved for the track environment only. 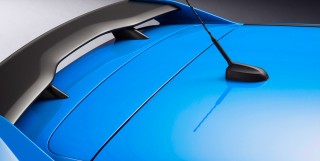 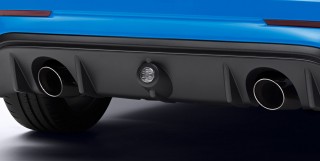 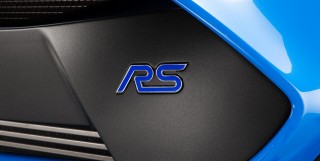 The drive train itself is inherited from the 2.3 litre EcoBoost base model Mustang (albeit in a tweaked form) which pumps out a heady peak power output of 257kW @ 6000rpm and 440Nm of torque (470Nm with overboost) available between 1600-5000rpm. These figures alone show this is an engine with huge flexibility and is pulling numbers that belies its modest capacity. It's fitted with an old school 6 speed manual transmission, with a dual-clutcher ruled out due to weight/price concerns. We have 4 pot Brembo ventilated disc brakes all 'round, adjustable dampers and race bred suspension, so it really is the complete package. It's no light weight at 1575Kg but its dimensions are in keeping with the Hot Hatch formula.

I'm still trying to get my head around how all this can be offered for the price point it comes in at. Maybe where it does show is in the interior which doesn't quite have the shine which the rest of the car displays. Not that there's anything inherently wrong with it, it is based on the run of the mill Focus after all. So, the interior is serviceable but not exciting, there are body hugging Recaros front bucket seats that keep the driver firmly ensconced, even under the harshest driving conditions. 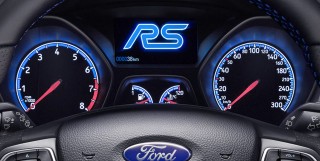 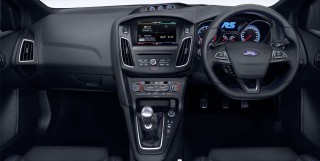 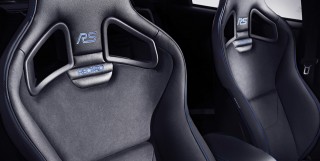 I'm going to call it, I think the Focus RS is going to be a huge sales success for Ford and they'll be selling them faster than they can make them. You better get in quick if you want one, I think there's going to be quite a queue.

The Focus RS will be officially available in Australia from April 2016.