​So it's finally landed, The Grand Tour debuted to much fanfare and hype. Was it worth the wait? Hell yes!

The series opening starts off on a dreary London day, with Jeremy Clarkson heading to an airport in the rain. There are various voice overs in the background going over Jeremy's falling out with the BBC, all the while the Hot House Flowers are soulfully strumming the tune 'I can see clearly now'. As the ballad progresses, we find Jeremy meeting up with Hammond and May on the other side of the world in the good old US of A. The sun is shining and the trio are driving aftermarket Mustangs in what looks like the Mojave desert. At this point, the Hot House Flowers start belting out the chorus, Clarkson, Hammond and May are driving on an open flat desert plain, surrounded by a plethora of different vehicles; classics, exotics, custom, muscle and more. Great plumes of dust are streaming behind them as they head toward the Grand Tour Tent - the mobile studio where the live audience interact with our fav' trio. 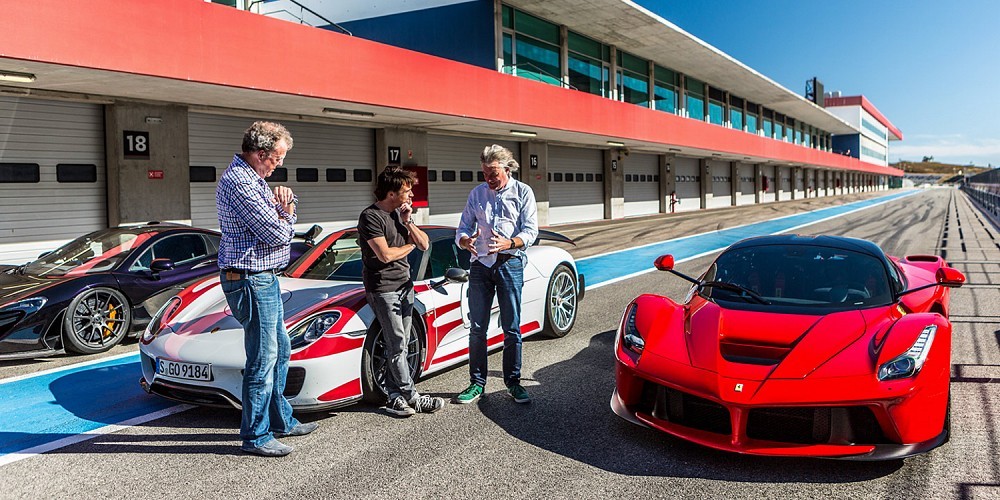 The opening scene is epic and comes across as a combination of Mad Max meets a down-south revival crusade. It's all upbeat and sets the tone for the rest of the show.

The winning formula for which the trio is known for is there right from the outset, although initially, it comes across as a little heavily scripted. No doubt the lads are under extreme pressure to deliver the goods but fear not, as deliver they do. Be warned there are a few spoilers here, so if you don't want to know any more, stop reading now.

The good news is that the first opening stage monologue from the boys is the worst part of the show and yet even that had me chuckling. It went something like this. Clarkson preceded by Hammond, who introduces him as, "... a shaved ape in a shirt", starts blathering on in his typical offhanded English manner, "Thank you so much. And the good thing is, it's very unlikely I'm going to be fired now because we're on the Internet. Which means I could pleasure a horse". At which point Hammond interrupts, "No, no, no". Classic.

It's obvious the boys are putting everything on the line, pulling out all stops to deliver what the fans expect. Unexpectedly, a gunshot rings out, downing one of the many drones flying over the makeshift studio. The culprits are obviously the audience, as accused by the trio. The gag falls a little flat, branding all Americans as gun-toting, which causes a momentary lull.

Not to worry though, as once the boys enter the studio tent, it all comes together. Their previous work had the Clarkson, Hammond and May version of Top Gear as the most watched television show on the planet and the Grand Tour clearly shows why. The humour, the chemistry, the seemingly natural laconic banter, it's all there.

It's the "Top Gear" we all know and love, with a new coat of paint, it's brilliant. It is genuinely funny and had us laughing out loud several times. The big problem now will be for the BBC, how is the original Top Gear going to compete?

Rather than try to re-invent the dynamic, it has the, 'if it ain't broke, don't fix it' air about it. There were many clever jibes about how they're presenting something new, knowing full well it's not.

The test track is called the Ebola Drome, so named because it looks like the Ebola virus strain. American, Mike Skinner, sporting a very broad southern accent, is simply referred to as 'the American'. He's this episode's tame race driver - any car not brandishing a V8 is communist as far as he's concerned. While officially testing the new BMW M2 he facetiously drawls, "This thing wouldn't pull a greasy string out of dog's ass. Where I come from this ain't a car, it's a cry for help". 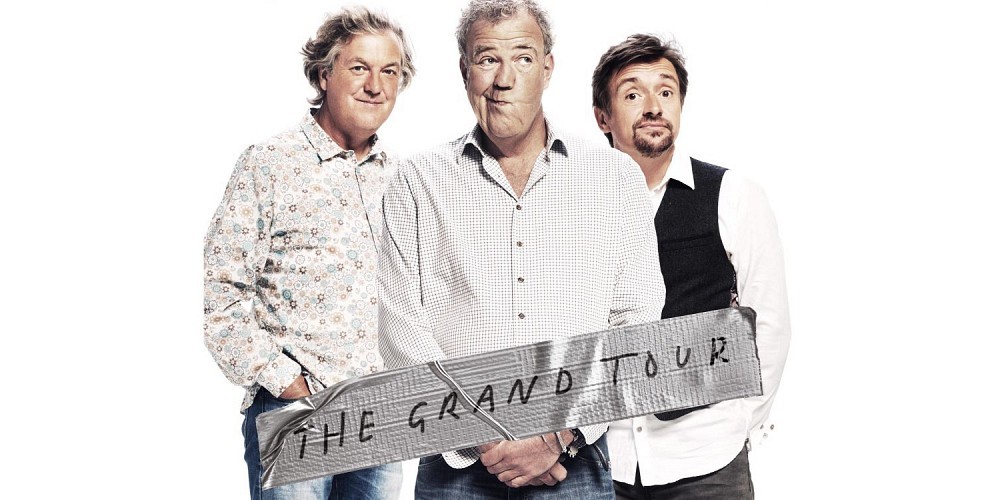 Clarkson, Hammond and May are well aware they have to tread carefully where the BBC is concerned while matching a lot of the Top Gear format, the segments have changed names to protect the innocent.

'Conversation Street', originally 'the news' on Top Gear, with its first outing, was a rant about the intrepid Captain Slow copping a speeding fine. Dubbed the Slowest speeding fine on record at 37mph. *chuckle*

Then there's 'Celebrity Brain Crash', the new version of 'Star in a reasonably priced car' - Another show highlight, the skit descended into Monty Python like chaos, with no car to be seen. The first celebrity announced was Jeremy Renner, who was to make a grand entrance by parachuting from a plane. Along with the audience, Clarkson, Hammond and May look on while Renner makes a spectacular leap from the plane, rapidly approaching the ground. With no parachute opening evident, the boy's comment, "He's leaving it a bit late, isn't he?" Renner's "body" is then seen thudding heavily into the ground. May comments dryly, "So Renner won't appear on the show then?" They announce three more guests, all of which meet an immediate untimely demise, the last one for no apparent reason, in the studio - just dead. Time to move on. Priceless.

Of course, for the first episode, enough car paraphernalia was on show to satisfy any petrolhead. The main highlight being the 'holy trinity'; the McLaren P1, the Porsche 918 and the Ferrari LaFerrari. It certainly had our nether regions in a twist. Clarkson in a typical display of supercilious superiority claimed the P1 would easily beat the other two contenders in a track battle. So confident was he that he bet his house on it. Yes, that's right. If he lost, May and Hammond could knock his house down.

It was pretty obvious he was going to lose and as expected the McClaren ended up being more than a second slower than the Porsche and Ferrari. To say that he backpedalled is an understatement. And with that, the show ended, with Hammond and May ribbing the crestfallen Clarkson. It was brilliant, bring on the next episode in Johannesburg.