Beauty is in the eye of the beholder - 2017 Bugatti Chiron I know I don't get what it's like to be uber rich. I'm so far removed from an adequate frame of reference that I'll never understand the lifestyles of the rich and famous.

Why am I saying this? Well no matter how hard I try, I can't find any love for the new Bugatti Chiron.

The Chiron is the latest limited edition, mega expensive ($3.6 Million) hypercar from Bugatti. It made its official debut at this year's Geneva International Motor Show.

Yes its super exclusive, yes I'll probably never see one in real life, yes the engineering is phenomenal, yes it will be a great drive, and yes it's the new hypercar king. But ugh, why is it so ugly? 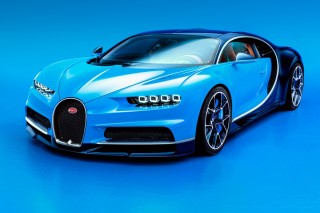 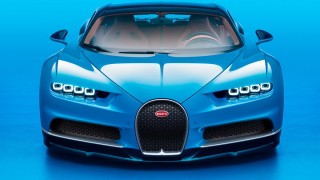 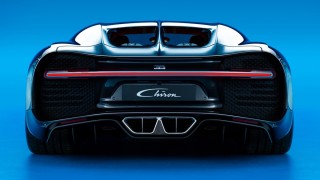 My first reaction on seeing the press photos - it doesn't know what it wants to be?

I never thought the Veyron was a great looking car but this is worse! I respect that from an engineering point of view it's the best of the best but why can't it look the best?

This is probably going to put some people's nose out of joint; If the object of the design exercise was to cause attention, to be truly unique and to be instantly recognisable as anything but a Bugatti, they've nailed it.

Nothing seems to mesh. Front on, the homage to the pre-war Bugatti old school horseshoe grill, just doesn't work. It looks like a tacked on afterthought. Sure have a reference to the cars original lineage but they could have substitutued the horseshoe motif as a small stylised badge rather than the clown nose it appears as. It makes the whole thing overly bulbous.

I'm also not sure why there's a prominent crease on the bonnet? Makes it look dated and overly complex, no doubt it performs some sort of aero function.

I have to say the headlight arrangement is cool and for my money the absolute standout feature of the car, if they employed that kind of styling theme to the whole it would have won me over.

Don't even get me started on the crucial side view, it looks like they got two cars and mashed them together even though they don't really fit, then stuck hoola-hoops where the bodies join to try and cover it up. It's like they were trying to be way too clever.

Looking at the silhouette of the car itself, it has the lines of an exotic beast but is ruined by too much frippery.

Is it because it has to stand so far above the mainstream that the stylists had to show excess to meet the expectations of its intended market?

From the rear three quarter view, the car does look menacing and is probably the least offensive... still you can't avoid the tacked on hoola-hoops which disturbs an otherwise flowing line.

All of this is exacerbated by the Geneva show car as it has a lurid two tone blue paint job that highlights just how busy a design it is.

Consider the wheels - again, what were they thinking? HSV (Holden Special Vehicles) produced a very similar rim several years ago which were dropped because they were unpopular with the punters. 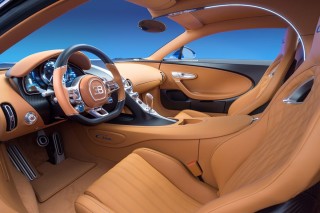 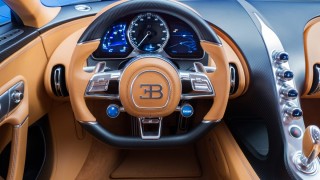 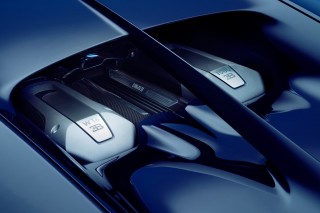 Talking about the interior is a whole different ball game. It comes across to me as a lot more successful than the exterior of the car though I do find the steering wheel a little overly fussy. The rest of the environment looks just as you'd expect from such a high end vehicle. The attention to detail is stellar. The seating and ergonomics look like there is nothing to distract you from the business of driving.

And when we say driving, we mean the car is capable of motion that would scare a formula one rival, let alone that it can be driven on public roads. There's talk that with the speed limiter removed the car could top out at 463Kmh! (288Mph)

Ok, I've had my whinge, but don't think for a second I wouldn't give my first born for a chance to drive one. Let's get to the bit we all care about, the performance.