Mclaren is no stranger when it comes to building supercars and have created some truly legendary vehicles, most notably the F1 from the early 90's. With the brand also having a successful racing history behind them, their road cars are more than just show pieces.

In recent years Mclaren has really amped up their market presence and are aggressively producing cars that cause headaches for likes of Porsche, Ferrari and Lamborghini. Buyers who traditionally stay within those marques are now seeing Mclaren as an exciting, viable alternative. 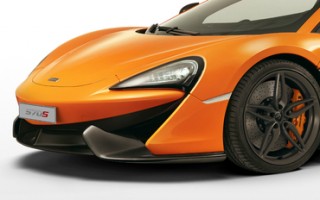 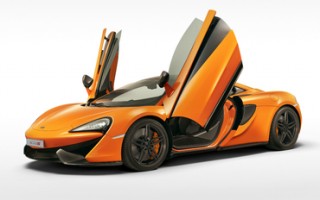 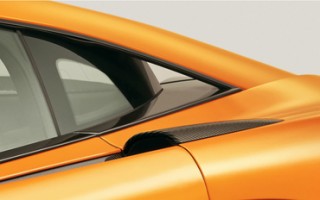 Enter the latest edition to the model line up. The 570S, ostensibly the entry level model of the range. This car is causing quite a stir amongst the auto journo crowd and they all seem to be coming to the same conclusion, this car has soul.

Let's talk about why.

First up, lets address Mclaren's current styling. I find it polarising, being overly fussy, with too many compound curves, slots, grills and openings. From some angles they can appear fishlike, not what I want from a super exotic. But that is just my take and I respect the Mclaren ethos that nothing appears on their cars without good reason. They are obsessive when it comes to the engineering that goes into their cars, wanting to build the most technically advanced performance vehicles available.

So what about the 570S styling in comparison, how does it stack up? I have to say to me it's by far the best looking car in their line up, it manages to maintain a strong Mclaren identity yet stands out on its own. It's the first Mclaren since the F1 that I can genuinely say I like the look of. The scoops and slots have been toned down, the overall lines are more sweeping and as a whole the design is more cohesive. Dare I say it, it's a pretty looking car, which until now is not something I have ever thought of when it comes to the Mclaren brand. 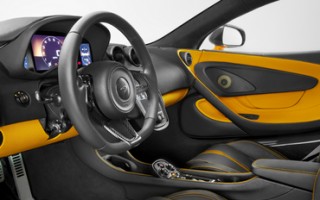 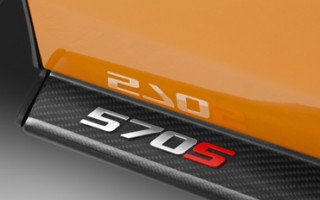 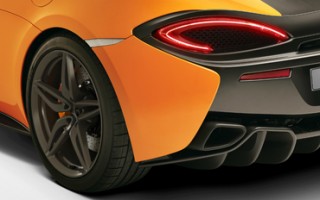 ​Talking about the interior, I think it's a bit of a mixed bag. I don't think it quite gels as well as the exterior of the car, with some of the styling elements seeming to clash one against the other. The seats and seating position however are spot on. The instrument binnacle is well laid out and is now fully digital, being made up of LCD displays and offering 3 display modes; road, track and race. As far as info-tainment and connectivity is concerned, the car is well sorted and of the highest quality. Fit and finish are also outstanding, so there are no complaints there.

From an ergonomic point of view the car is relatively practical as well, with a useful amount of trunk space. Getting in and out of the car is also easier than you might think, as the door seals are 80mm lower than the 650S and the scissor doors providing adequate access to the cabin.

Quickly touching on the engineering side of things again, Mclaren wanted to concentrate on driver involvement. Rather than outright performance, Mclaren are expecting buyers of the 570S to treat it as an everyday road car. So whilst the 570S might not have all the whizz bang trickery of the P1 or 600 series, the 570S driving experience is a lot more fun. In a word it's more 'chuckable'.

In the market sector we're dealing with, we keep hearing that whilst outright performance has never been better, cars themselves are too sanitised. The 570S addresses this. Personally I believe this is a brilliant marketing ploy by Mclaren and I think we will see the competition releasing similar cars as a result.

Pricing is also a win, with it being pitched amongst the Audi R8, 911 S Turbo and Lamborghini Huracan. Mclaren is saying it should land in OZ for around $408,000 AUD. That's a full $73,000 dollars less than the 911 S Turbo for virtually the same performance.

Carbon fibre and aluminium are used extensively throughout its construction, making it significantly lighter than its competition. At 1406Kg it's 194Kg lighter than the Porsche which is quite an achievement. A lot of it is down to Mclaren's proprietary Carbon Fibre MonoCell 2 which makes up the main chassis of the vehicle.

The drivetrain employs the same 7 speed dual clutch transmission which is common to the current Mclaren line up but has been specifically calibrated to suit the driving manners of the 570S. Carbon ceramic stoppers are applied all round as standard, with 394mm rotors with 6-piston callipers up front and 308mm rotors with 4-piston callipers at the rear, all are cross drilled and ventilated.

The suspension is a more conventional setup than the hydraulic ProActive Chassis Control used in other Mclaren's being that it employs mechanical double A-arms and adaptive dampers with anti-roll bars front and rear. Compared to the competition there's marginally less rubber on the road with the car shod with Pirelli P ZERO Corsa tires, 225/35 19inch at the front and 285/35 20inch at the rear.

Putting all the above together makes for a more connected driving experience Outright grip and handling may not be that of the Porsche 911 S Turbo, but the fun factor and seat of your pants thrill is executed so brilliantly you can't help but have a goofy smile on your face whilst behind the wheel.

The 570S has a dual personality. Put it in Road mode with the self-shifting tranny and it's perfectly happy to trundle around as a daily driver when you want to nip to the shops (do you do that in these sorts of cars?). It's no harder to drive than a VW golf. Noise versus harshness is also well sorted, you can carry on a conversation easily at highway speeds.

Grab it by the scruff of the neck, put it in Track or Race mode and it will behave like the rabid animal you want it to be. Leave the ESC, traction control and ABS to their own devices and you'll find when pushed, the cars manners allow some playfulness without ever letting you feel that you'll spear off into the underbrush. In other words, you'll feel like a driving ace even if you're not.

Real world driving requires judicious use of the throttle when launching the car in track or race mode. Whilst being aggressive will see you win virtually every traffic light drag, you'll be raking up quite a tire bill as the car will lay elevens each and every time. Initial acceleration is so relentless if you're not careful you'll be bouncing off the rev limiter in first before you can blink. Running hard through the gears will be a wild rush and it'll soon become apparent you'll achieve speeds so effortlessly that you'll see yourself so far past the legal limit it'll be laughable.

Get to the twisty bits and provided you haven't taken idiot pills or you're trying to defy the laws of physics, the car will turn in with a precision to make its competitors take notice. Unlike some of its rivals, It's also not fidgety on the straight at speed, which means a more assured driving experience.

So does the car have any faults? Of course, no car is perfect. The sound for one thing, whilst perfectly acceptable, the exhaust note does not compare to say the 911 Turbo S. There is also a slight turbo lag which may or may not be an issue, depending on your driving style. Finally the gear shifts aren't as quick as the competition. An ill-timed gear change will upset the rhythm of the car, so careful timing is required when shifting the cogs to keep it on song.

Is this the best car of the current Mclaren range? Going by the reviews that are doing the rounds it may well be. Time and sales numbers will tell.

I for one think the 570S overall is a brilliant package, Porsche should be worried. Bearing in mind the performance on offer at its price point, if I had the money I'd pocket the $73,000 saving and happily buy the Mclaren. 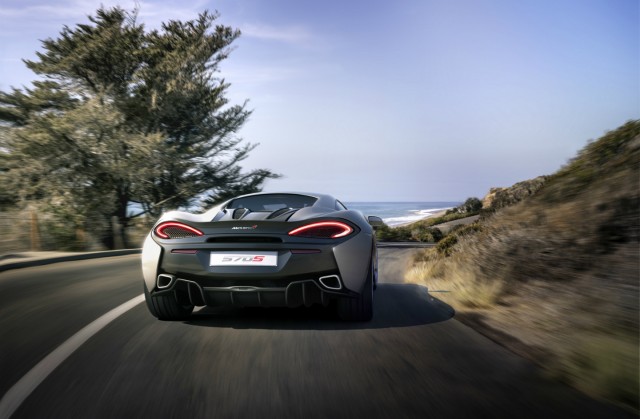 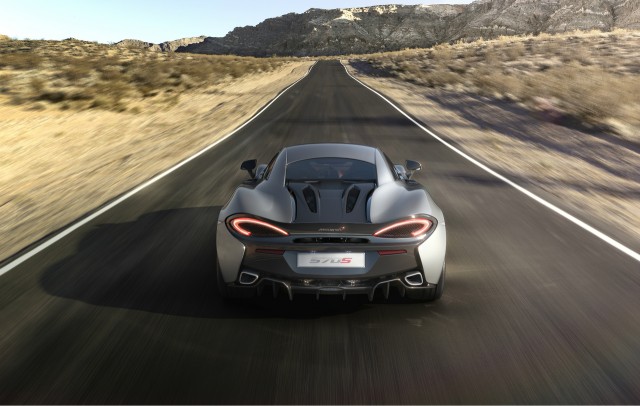 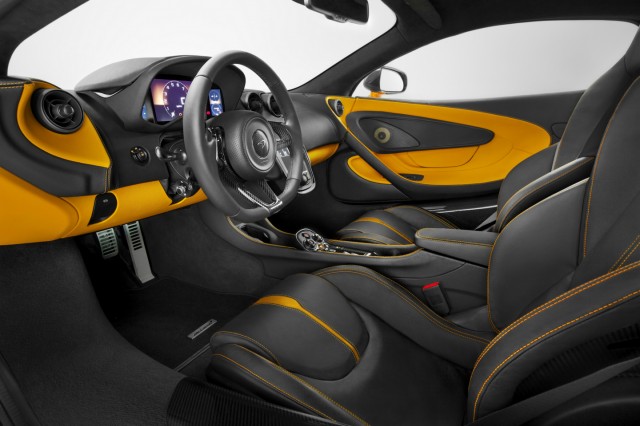 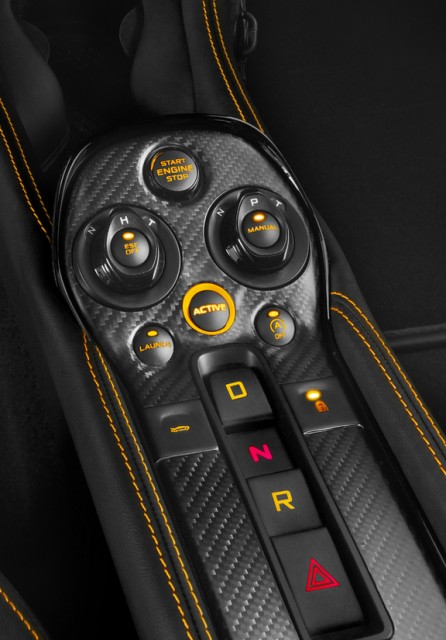 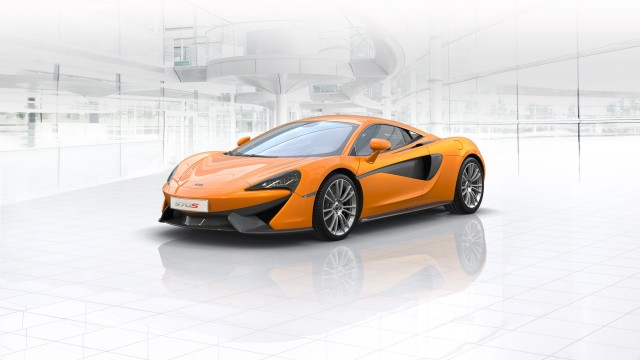 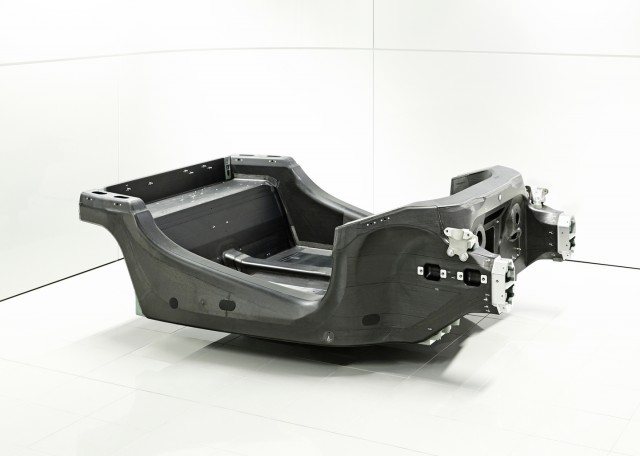