Alpine (pronounced alpeen) were a small car manufacturing company based in France that specialised in building sports cars for road/rally racing. Their heydays were in the mid 60's to early 70's, where cars like the Alpine A110 dominated the French rally scene. Famous for their lightweight, terrier-like handling response and delivering a lot of punch from a small package. Like a 140bhp 1.6-litre four cylinder engine and just 706kg kerb weight for the 1970 A110 model. Alpine the make was always closely allied with Renault, being the suppliers of the drivetrain for the cars they built. 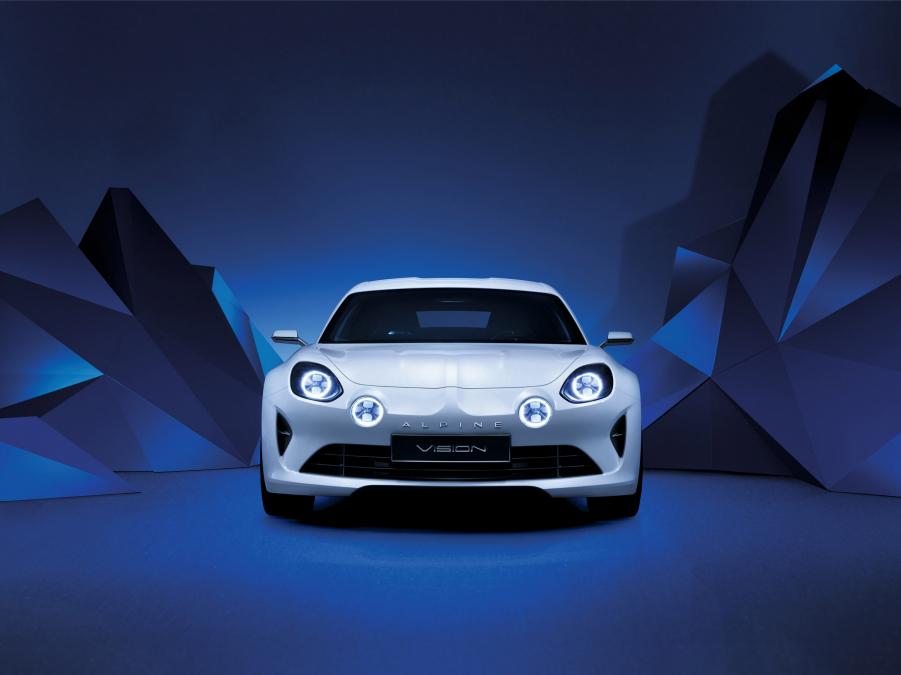 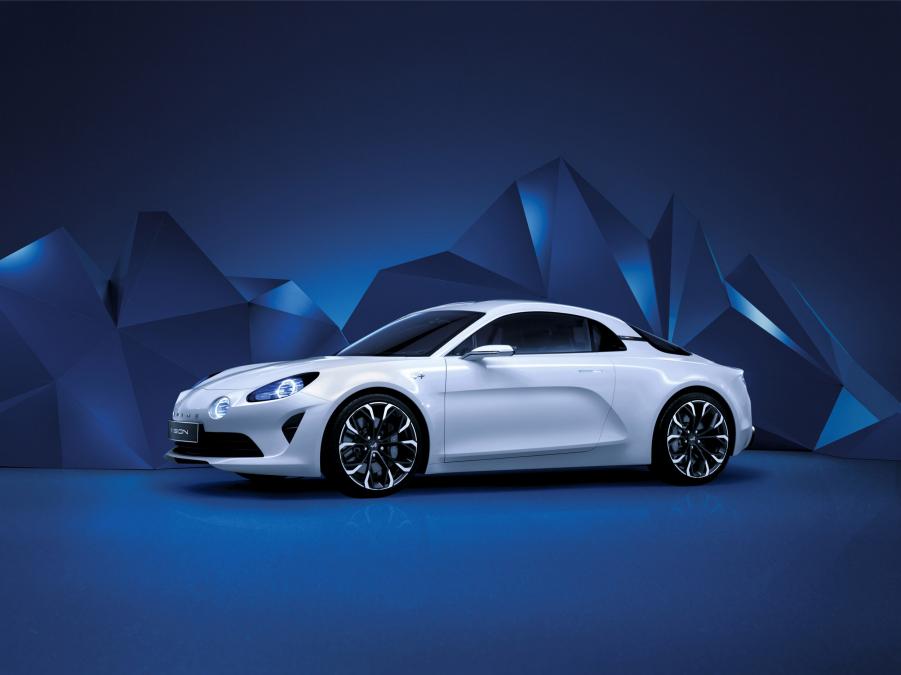 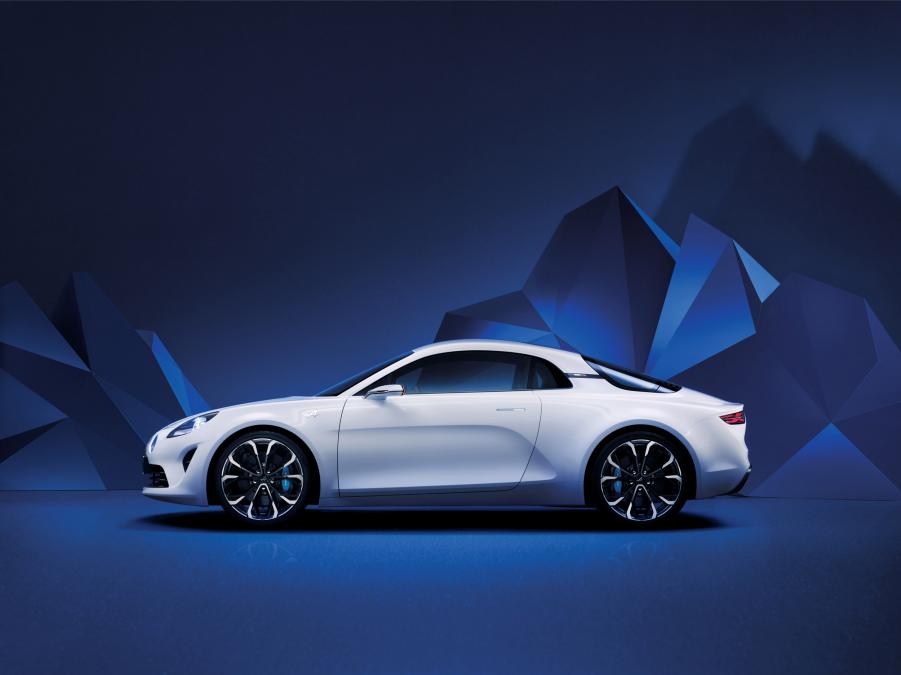 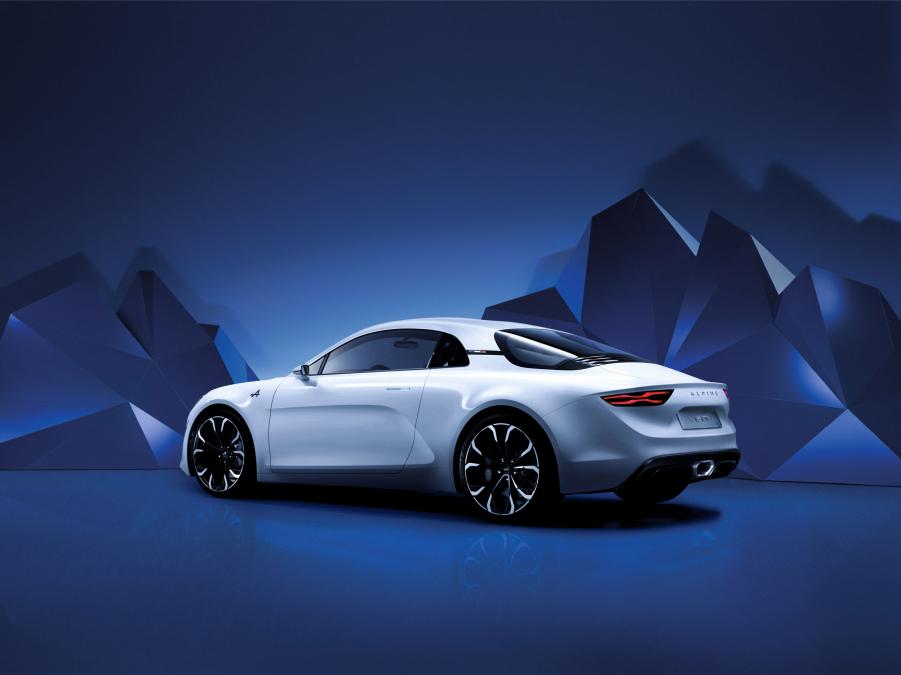 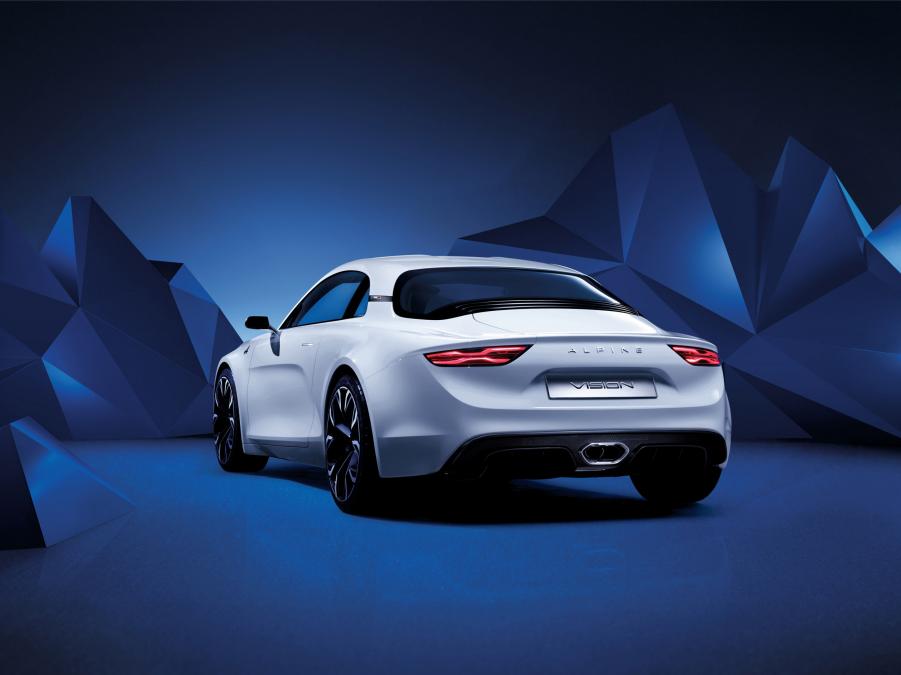 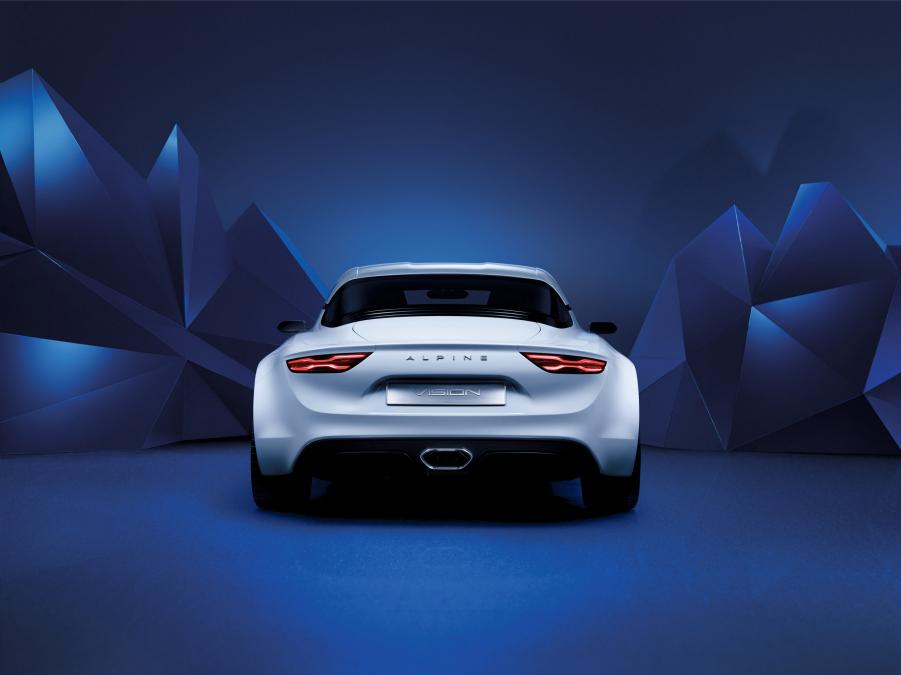 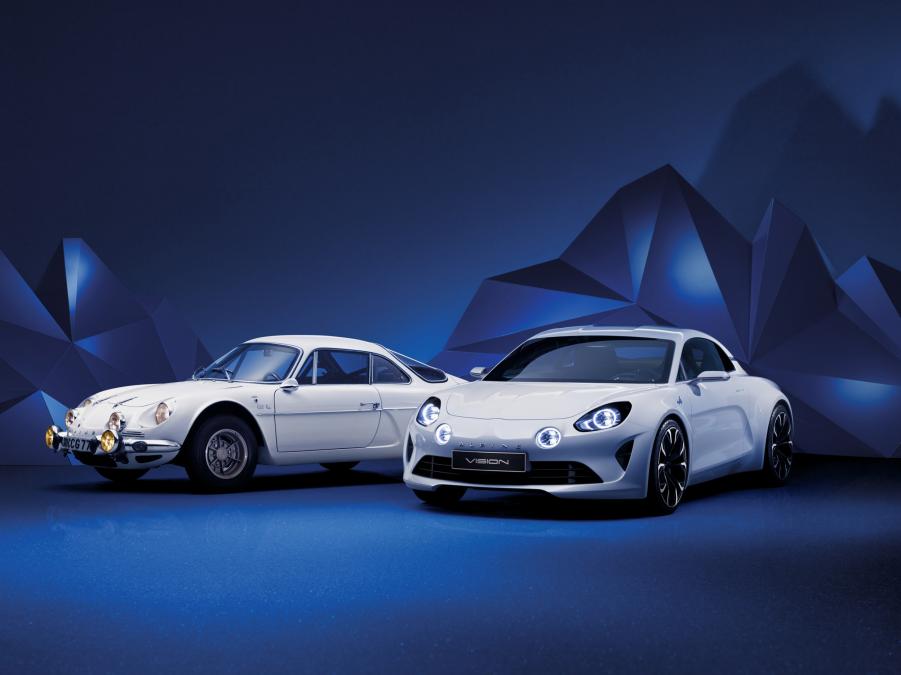 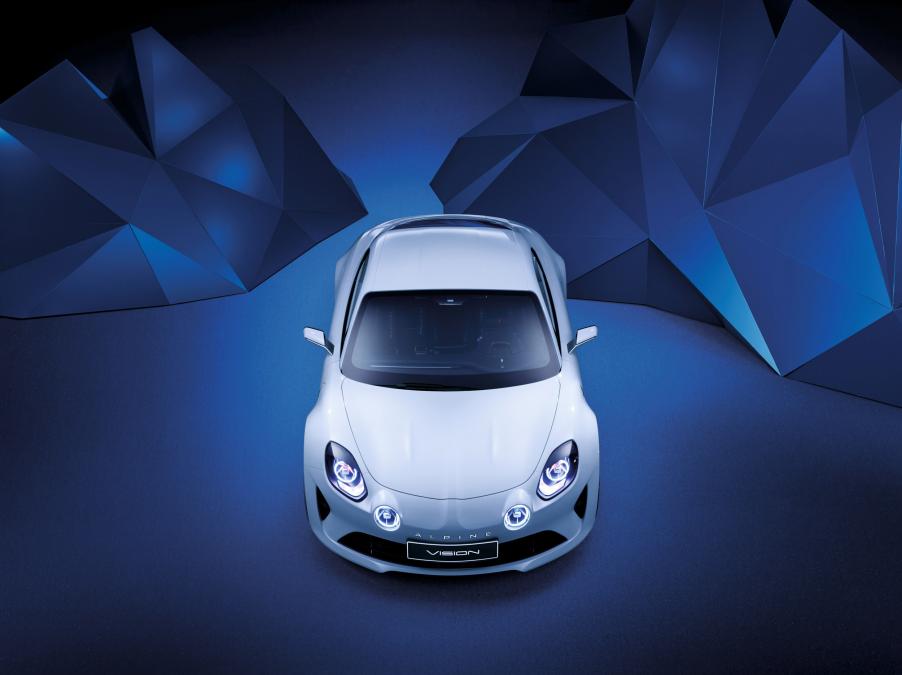 Held in awe even to this day, the Alpine A110 is the ultimate expression of car nirvana for the French autophile. Produced in limited numbers, the Alpine A110 is a rarity, chances of seeing one in AUS is virtually nil, values having soared in recent years.

As with a lot of the smaller manufacturers from the period, Alpine wasn't profitable enough to stand on their own. Alpine, being seen as a national icon was bought out by the French car maker Renault in the early 70's; they preserved the marque through to the mid 90's when all Alpine production ceased.

We're being hit hard by 70's and 80's nostalgia, Renault has recognised the time is right to capitalise on that nostalgia, having decided to resurrect the Alpine brand and produce what can only be called an homage the Alpine A110 of yesteryear, the Alpine Vision.

Unveiled at last year's Geneva Motorshow, the Alpine Vision while a concept is a graphic representation of the brand's first production model in over two decades. Quoting Alpine, "80% of the Vision concept will carry over to the production model". The rumour mill is putting it out there that the new Alpine will be called the A120, which will only make French car nuts too happy.

The new Alpine is purported to employ race technology typically reserved for the exotic marques to maximise performance potential from what is sure to be a lightweight/small engine platform.

Some of those race-inspired goodies will be a flat underbody and unobtrusive front and rear diffusers. It will provide the advantages of creating downforce at speed and allow for an uncluttered appearance, which the new car most possess if it's to be well received. It's a hallmark of the original A110, and the Vision concept echoes it. 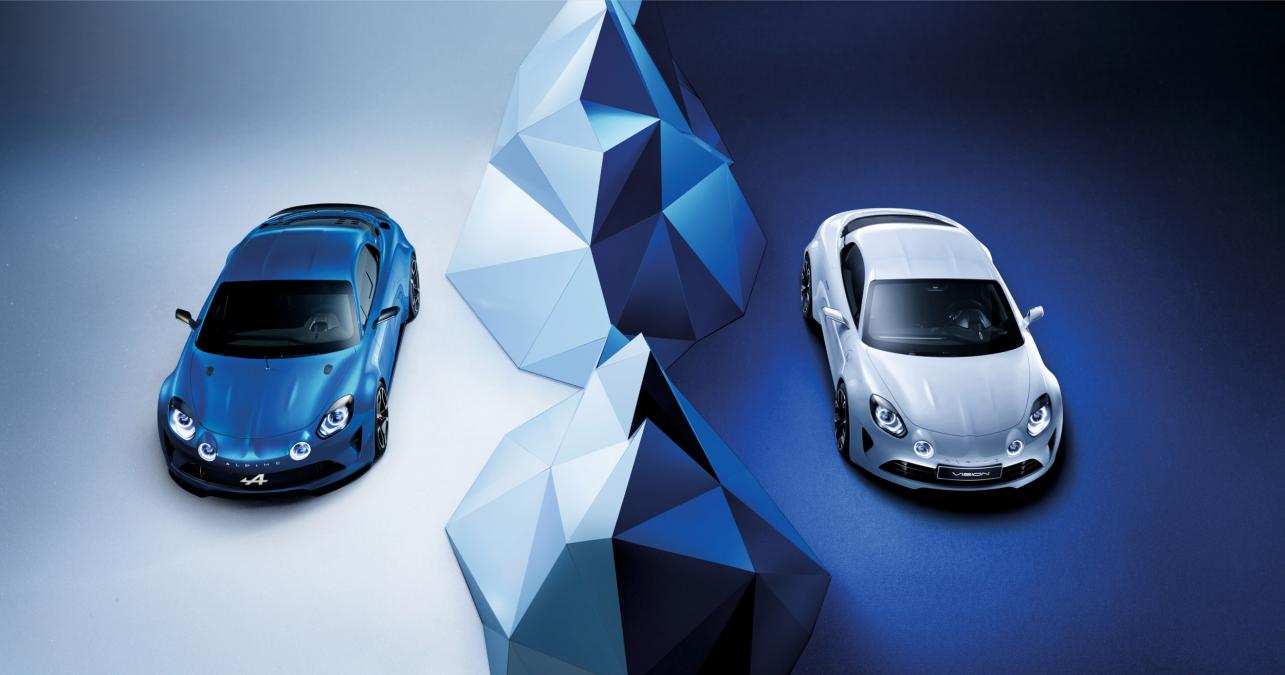 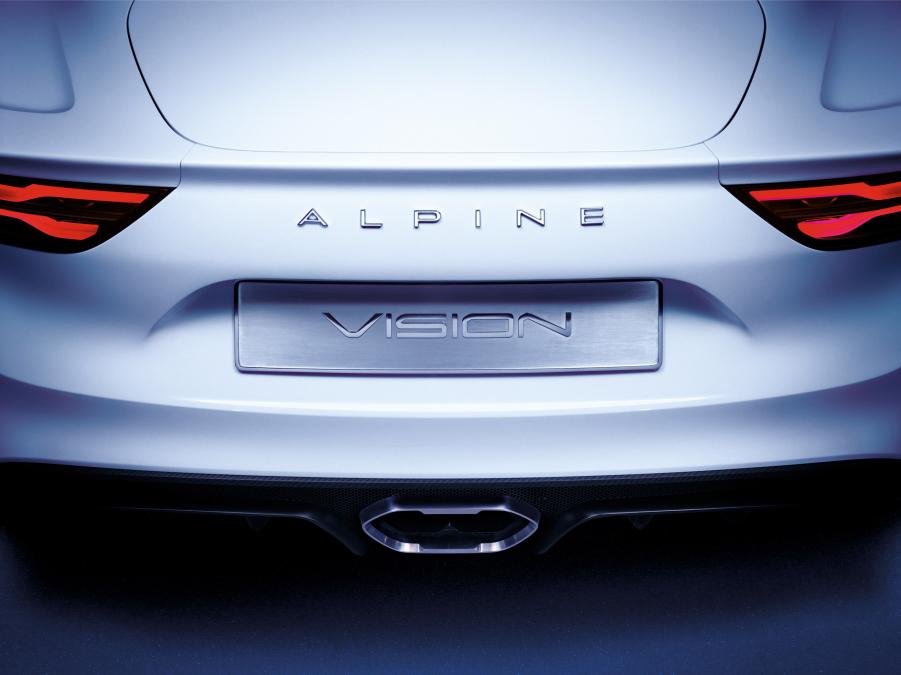 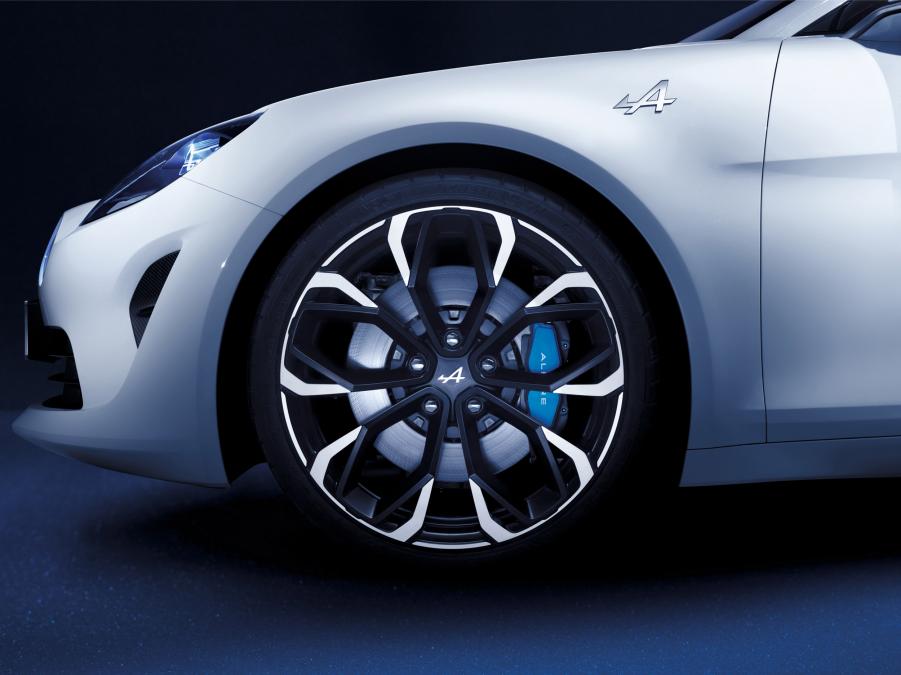 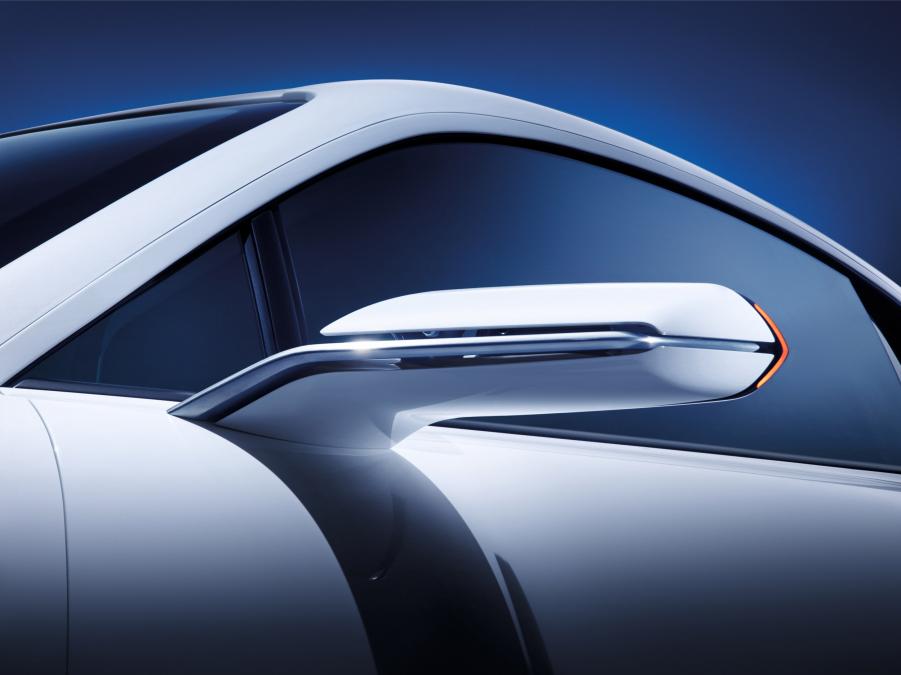 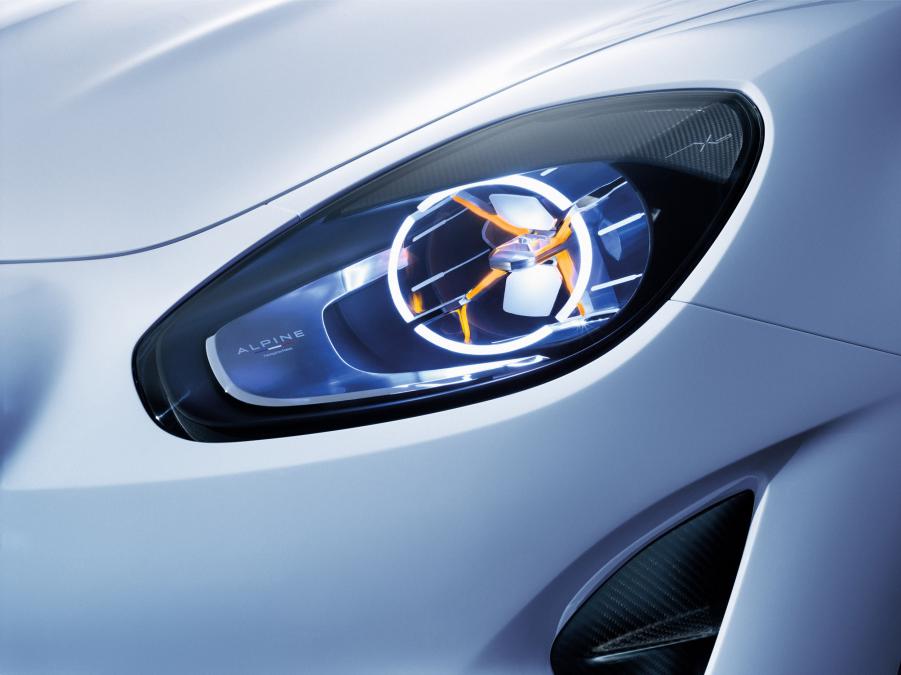 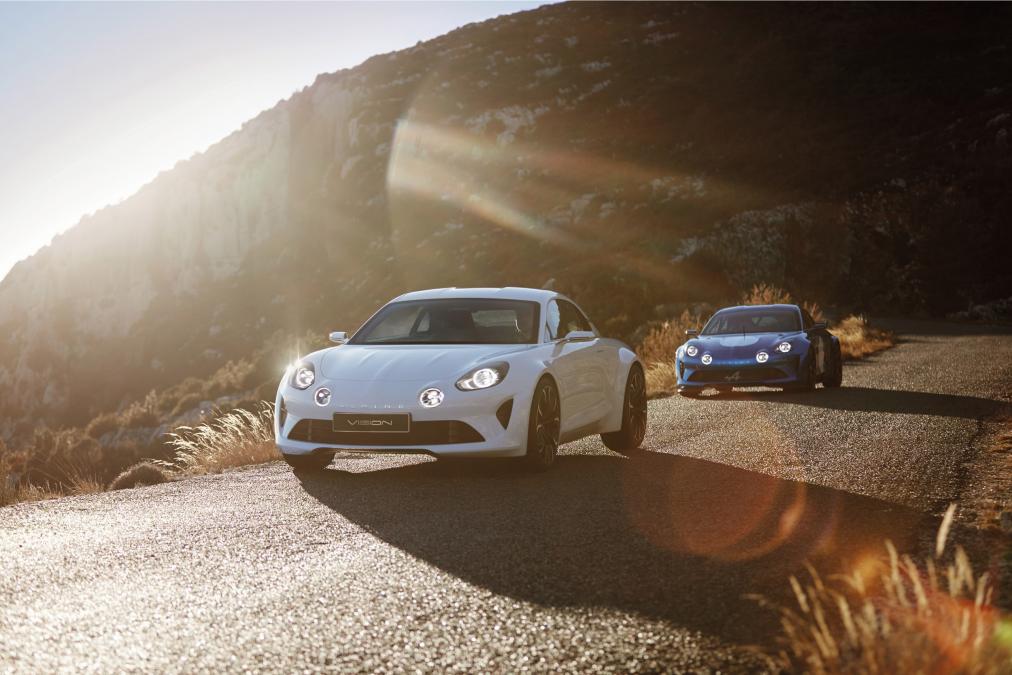 While the production version is slated for release late 2017, early 2018, not a whole lot is known. We do know it's a two seater, uses a mid-mounted engine, predominantly aluminium construction, aiming for a 0 to 100km/h sprint of 4.5 seconds. It will most likely use a small capacity turbo power plant, possibly borrowed from a Clio RS, albeit radically re-worked. Rear wheel drive is a given, but not so sure is the gearbox, which may include a dual-clutch unit.

If Renault wants us to consider the new car a real Alpine it's vital it's lightweight, we shouldn't be surprised to see it come under a 1000kg dry kerb weight.

Considering the ambience of the Vision concept's cabin the interior will be the same visual feast the exterior is. Images of the Alpine Visions interior speak for themselves, combining retro and high-tech seamlessly, digital instrumentation, lashings of leather and microfibre, with aluminium and carbon fibre embellishing being just some of the highlights.

I'm excited, and with Renault hinting that it should sell for around 46,000 to 50,000 UK Pounds and aim for production targets to meet demand, while not diluting the marque. That's right smack in Alfa 4C territory, which could be considered the Alpines real competitor, as much as I love the Alfa I think the new Alpine slays it. Its compact styling is entirely appropriate, and its nods to the original Alpine A110 shows a new take on an old theme can be as intoxicating as the original.

What makes me even more excited, is there's a good chance we may see more than just fleeting glances of the little French icon down under.

Carligous will bring you more on the new Alpine as it breaks cover. 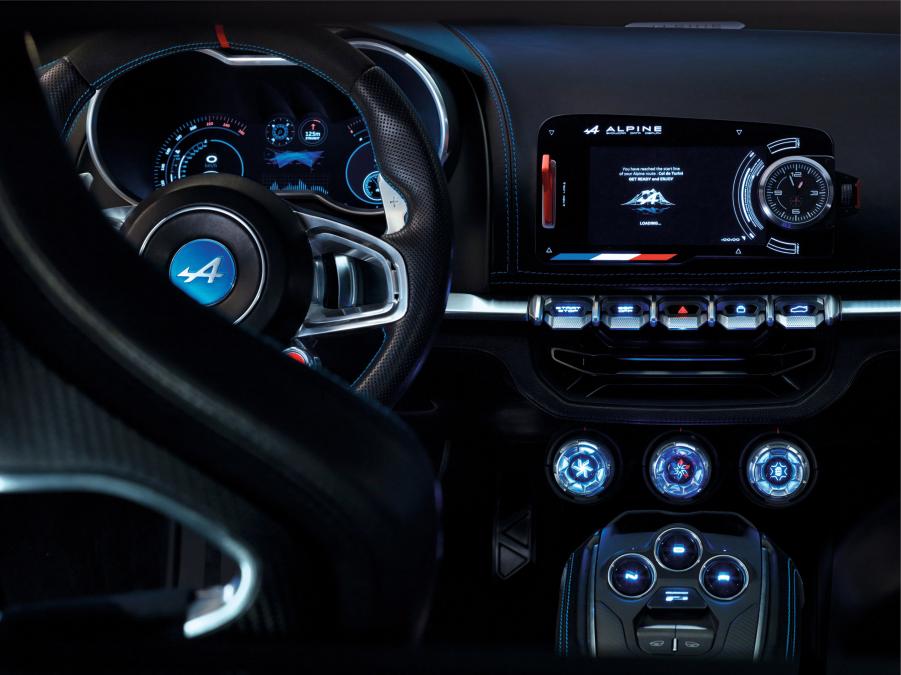 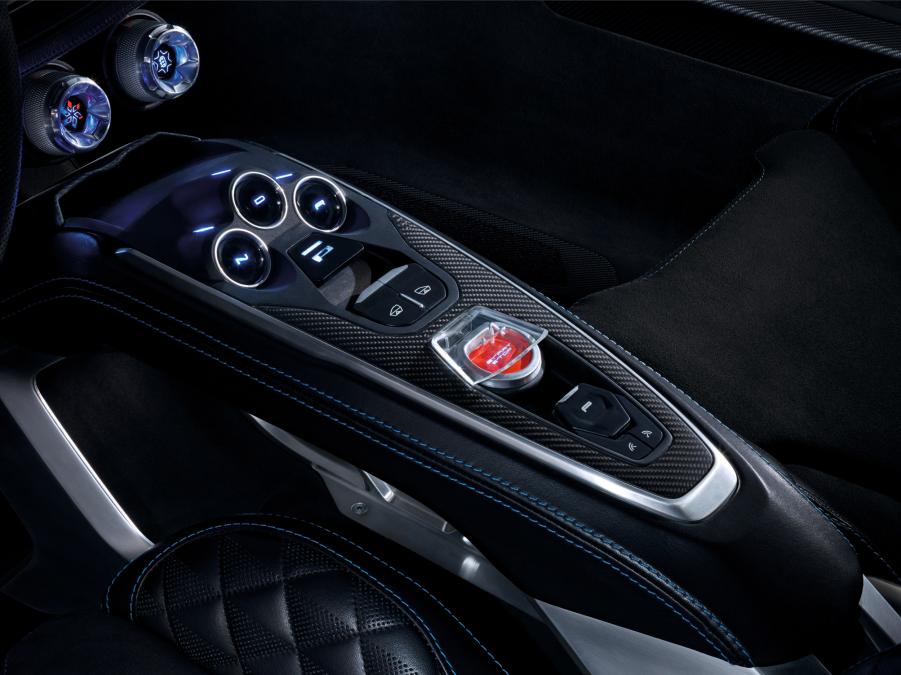 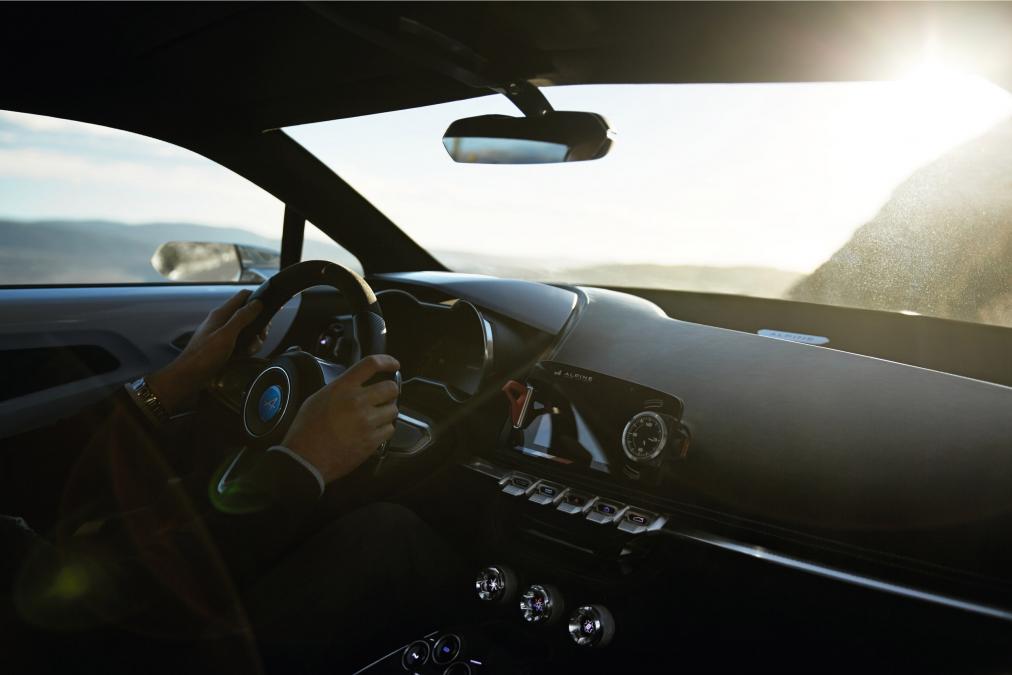 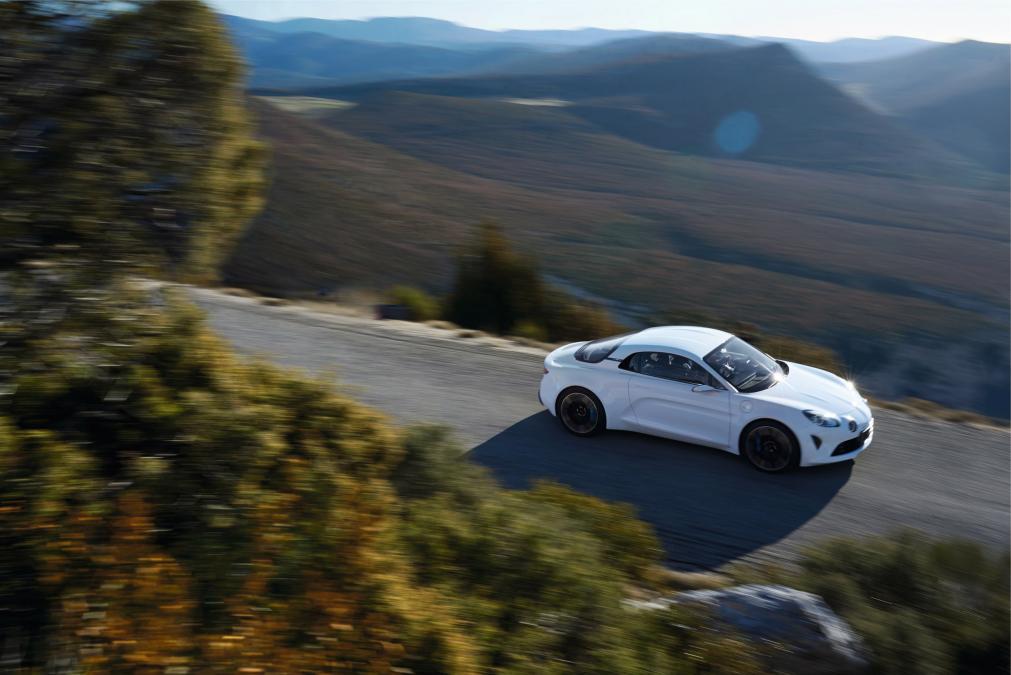 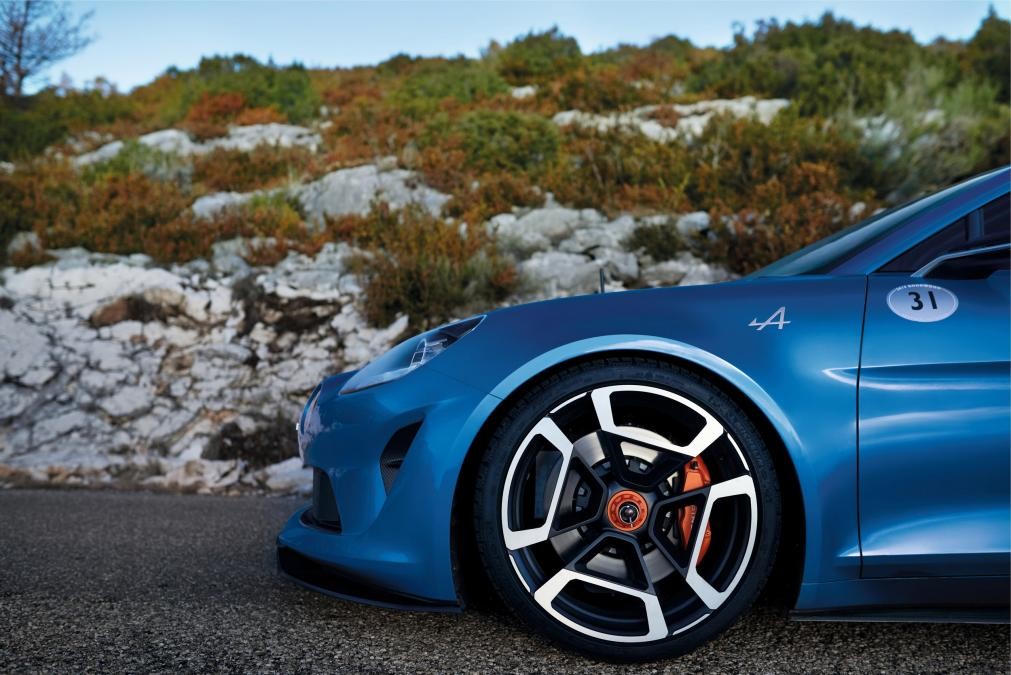 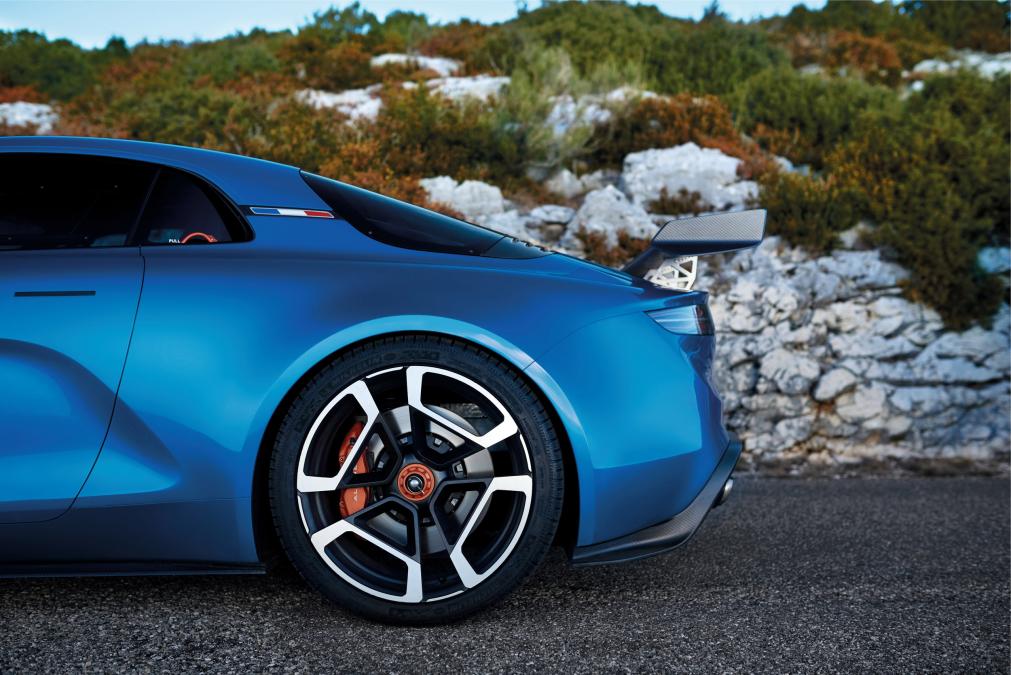