There's been a lot of talk of KIA releasing a heavy hitting rear wheel drive sedan down under, to fill the void that is looming once the Commodore ceases local production, come October 2017.

Kia is acutely aware there is still a viable market for full-size rear wheel drive sedans with performance leanings. While the Kia offering might not be as Aussie as meat pies, kangaroo's and football, it's a smart move by the marque to recognise that Australians are still more than willing to put their hard earned down on owning such a vehicle. 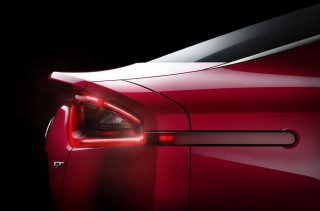 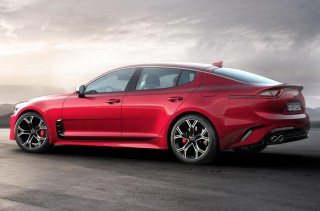 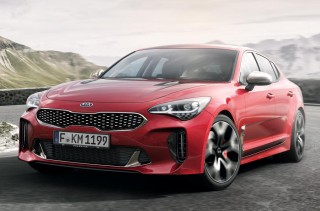 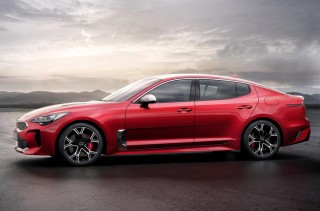 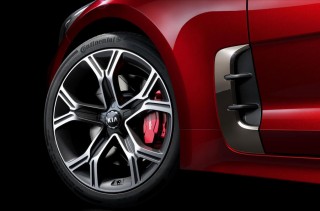 So it's official, and the all new rear-drive fastback is cheekily named the Stinger. For sure Kia is hoping that sales the large sedan will steal from the competition is going to sting. If the specs are anything to go by, the Stinger and Stinger GT could cause some real headaches for Holden and Ford.

The Stinger made its debut at the Detroit Motor Show, and it caused quite a splash. Stylistically, it's Kia's best effort to date; you could almost call it handsome. However, there's a little too much going on, it doesn't quite know what it wants to be, it appears the designers have tried to blend styling queues from Jaguar, Audi, Mercedes and Tesla to come up with the Stinger. In isolation, all the major elements work, the Tesla like side profile, the Audis S5 Sportback rear end, the Jag like bonnet profile, however, it doesn't quite come all together. For a first crack at the intended market, it's a good effort, it just needs finessing, no doubt Kia's design language will mature as time passes.

It stands out from the crowd, no question there, but how will it drive? If the specs Kia are quoting is anything to go by, the Stinger, especially the range-topping GT should be a crowd pleaser. It may even have muscle car cred, featuring a twin turbo 3.3-litre V6 delivering 272kW and 510Nm peak torque, that's close to Commodore SS territory. The Stinger range will only be available as an 8-speed automatic and will feature electronically adjustable suspension (Dynamic Stability Damping Control). Kia promises steering, suspension, and ride compliance will be engineered specifically to suit Australian conditions.

Straight line performance won't be in question, with Kia stating the 0 to 100km/h dash will take just 5.1 seconds. Top speed, an impressive 269km/h.

Other technical goodies for the GT edition include staggered 19" performance tyres, 225/40R at the front, and 255/35R at the rears. Stopping power will be provided by Brembo, at least for the front rotors on the top spec GT.

The Stinger does indeed qualify as a large class family sedan, being just 9mm short of the Commodore VF's wheelbase. Overall length is shorter than the current Commodore, by 133mm, however, ergonomics were given top priority, interior space and comfort will match the competition. Euro flair abounds about the cabin, with top tier models featuring full Nappa leather interiors, trim and fittings are set to rival European counterparts.

Just to add icing to the cake, the Stinger range is expected to be priced aggressively as well, with the range topper Stinger GT hitting the market in the mid to high $50K AUD region. 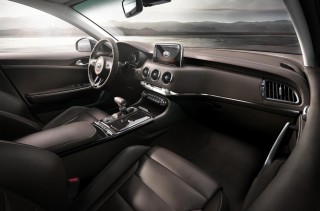 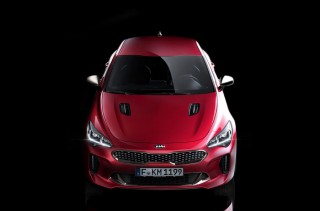 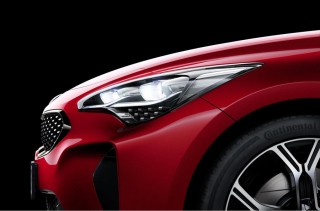 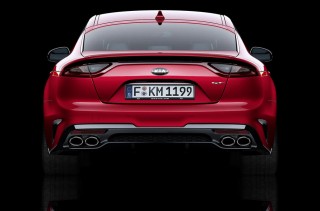 If Kia can deliver what they're promising, we'll be queueing up to place our orders.