The new Commodore will be entirely based on an all new Opel Insignia. No panel or body changes, aside from Holden badges. Holden's Australian engineers have however been involved for some years now in it's development. Unlike every large Holden family car since 1948, and every Commodore since 1978, the next generation Commodore will be available in four cylinder front-wheel-drive powerplants - a 2.0L turbo petrol and a 2.0L turbo diesel, or a 3.6L V6 all-wheel-drive unit using a 9 speed transmission.

Steering and suspension are yet to be refined and much of the cabin plastics aren't complete but it's at about 65% showroom ready. The new Commodore V6 engine is set to produce 230kW of power and 370Nm of torque and the final version of the car will be fitted with adaptive suspension.

Inside, it will get an 8.0-inch infotainment touchscreen, Apple CarPlay and Android Auto, next-generation heads up display and a central LCD display in the tach' area. It'll also get next-generation matrix LED headlights with 32 inner LED modules which work up to 400 metres of range.

Wonder how the Aussies will like it - jury's out. 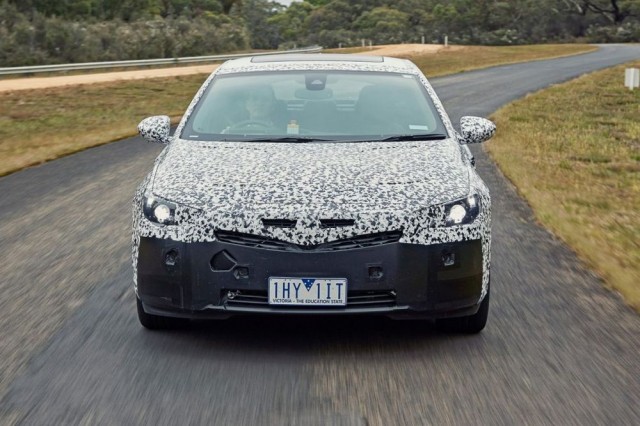 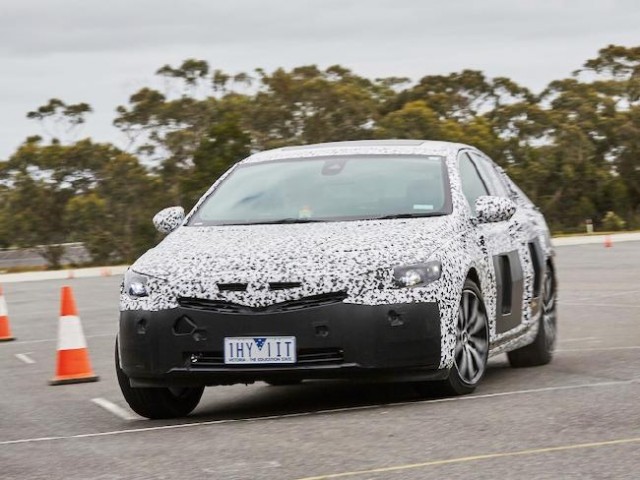