The Driver
THE BUZZ
5090 Hits
0 Comments This is the most expensive Holden ever made, and quite possibly the coolest. It's definitely the quickest selling, having only just been unveiled, even the gob-stopping price of AU$170K didn't stop its limited production of 295 bodies from being sold out prior. Deposits were laid and this puppy is gone baby gone. A handful will be kept for frequent HSV buyers through raffles and wot-not. 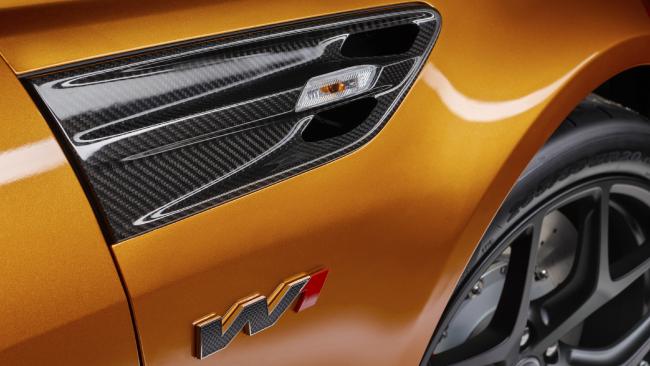 0-100 klicks in 4.2 seconds makes it also the quickest Australian car. This HSV gets it's heritage name 'GTSR' from the 1996 variant where only 85 were built. Walkinshaw gets you the 'W' to represent its founder and the '1' is unabashedly chucked in to state it's the best car HSV has made.

What about the tranny? It's still the same Tremac TR6060 six-speed manual used by the rest of the crew but they've clamped on lots of other Corvette bits to cope with the extra torque. As mentioned earlier, the suspension has been modified by none other than Adelaide specialists, Supashock who do the biz for Walkinshaw Racing. This replaces the adjustable Magnetic Ride Control used by the rest of the GTS range.

AP Racing 410mm front brake rotors are clamped by six-piston calipers and they also weigh 10% less but provide 25% more pad space. The fenders are not only wider, but they're also made of the same lightweight plastic as the bumper and the rear diffuser has been adjusted to assist aerodynamics. 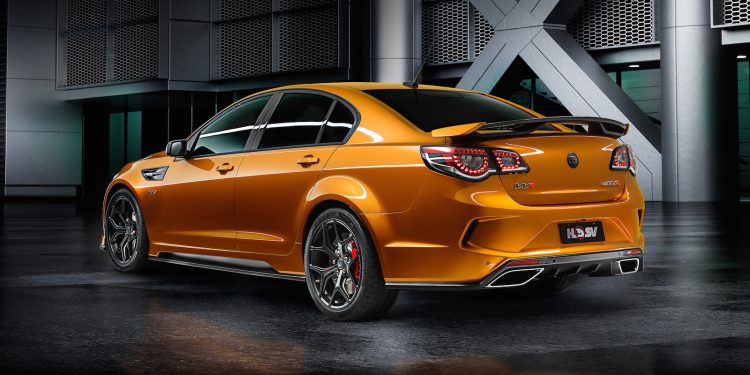 HSV says they could have sold these by the truckload but simply put, they ran out of engines which are installed by hand in Melbourne, Victoria, where they do other groovy things to make it go vroom.

Bigger fenders for the bigger tyres and the bigger brakes... bigger seems to be the theme here - 474kW of power and 815Nm of torque - the most powerful powerplant fitted to an Aussie car - oh yeah! 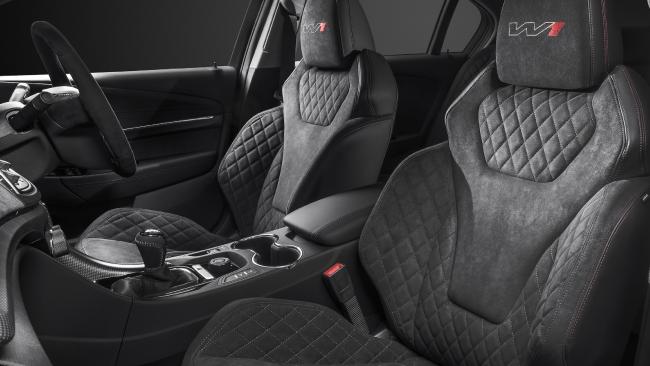 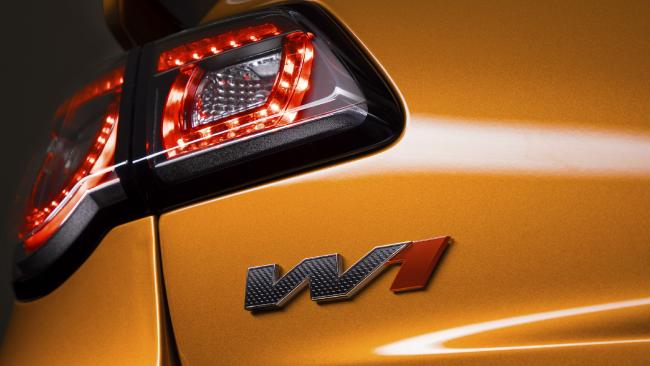