It's that time of the year again and the world's premier car salon, the Geneva International Motor Show is putting on quite the spectacle. Here's Carligious top picks from the event. 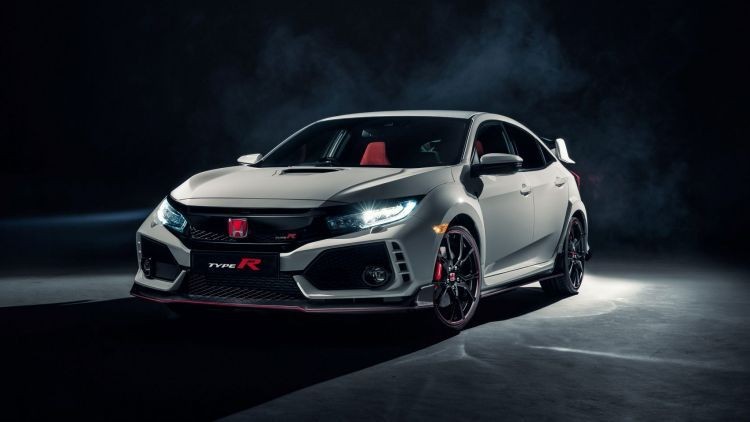 A hot hatch is supposed to be out there, with ludicrous styling to garner attention. It's all about 'look at me', you're letting the world know, I'm serious about my driving. The new Honda Civic Type R is all that and so much more. While it's styling is absolutely outrageous, it is more resolved than the earlier concept revealed last year. A true hot hatch, front-wheel drive only with a conventional manual and more Japanese than sushi. Fantastic! While the 2.0-litre VTEC four produces only (only?) 320bhp the new Type R will be all about the drive. And we all went ooh, aah when we saw the reveal of the new Ferrari 812 Superfast. The new 812 Superfast, based on their previous halo car the F12. Ferrari has taken the F12 to the gym and given it some new makeup; it is now the most powerful production Ferrari V12 ever with 800bhp on tap. Let the power wars begin. 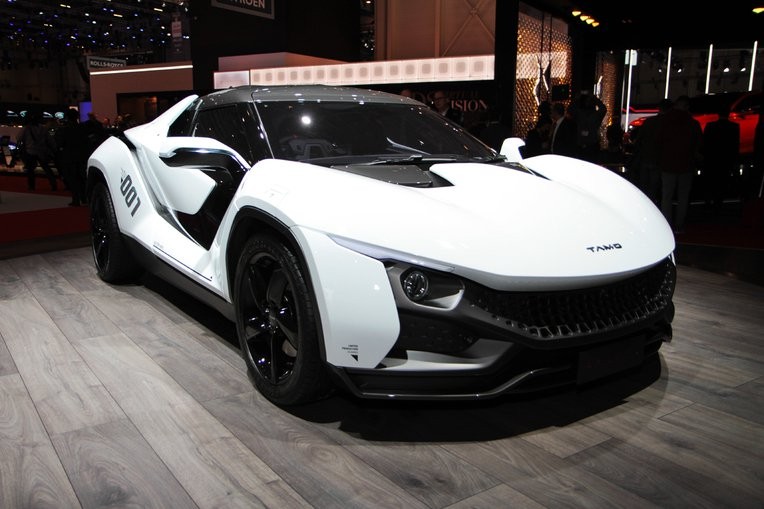 Look, I want to say bye bye to TATA. In particular the TATA Racemo. Fair suck of the sav, they've had a go and it hasn't worked but bless their cotton socks for trying. In all seriousness, you can see what TATA have tried to do, the design as a whole just isn't cohesive. It has more flaps, folds and chins than a Pug dog. 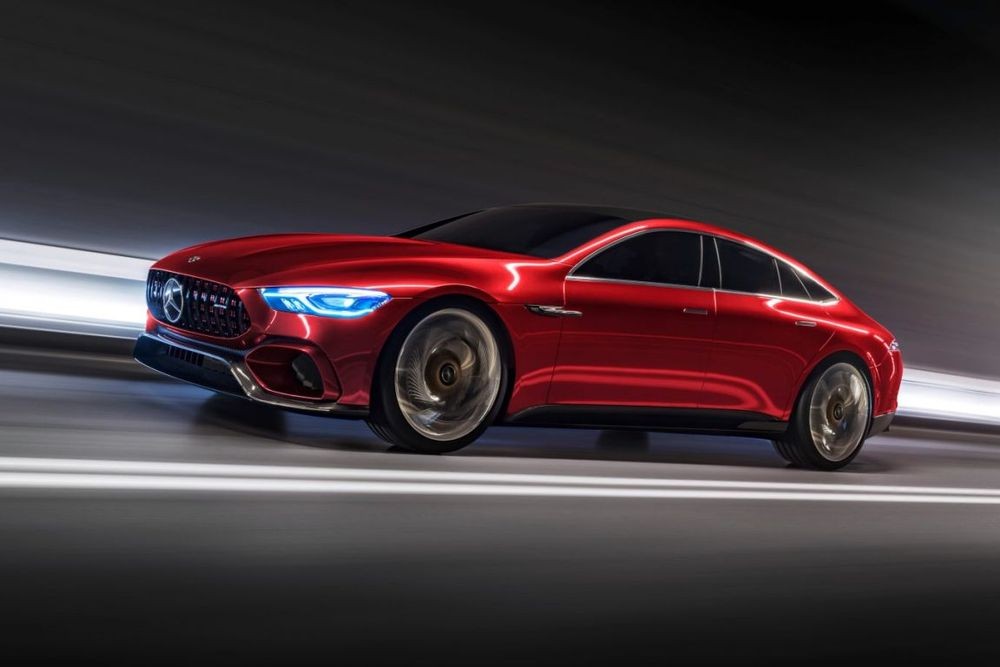 Oh yeah, that's what I'm talkin' 'bout. While the AMG GT is a concept, it does point to the Mercedes-Benz new design direction; all I can say is it's totally bad ass. Not sure on the centre single exhaust outlet, but on the whole, this is a sweet looking machine. 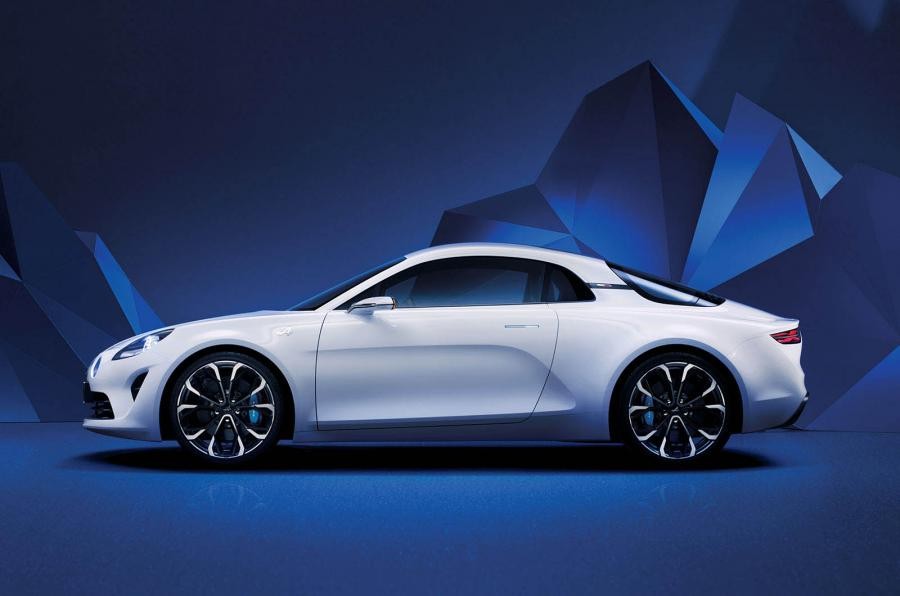 Finally, a real alternative to the Audi TTRS and Alfa Romeo 4C. If you loved the original Alpine A110 from the mid-sixties, you're sure to love this new interpretation. Built on the same lightweight principals of its predecessor, it promises scintillating performance and handling from a compact package. 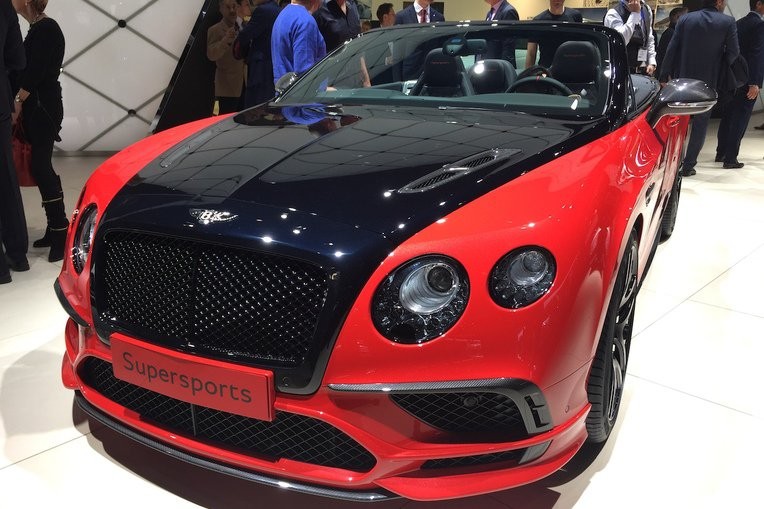 Ooh, my eyes hurt. Why ruin a perfectly good Bentley with a crap paint job?

Best 'What The?': Catecar Dragonfly 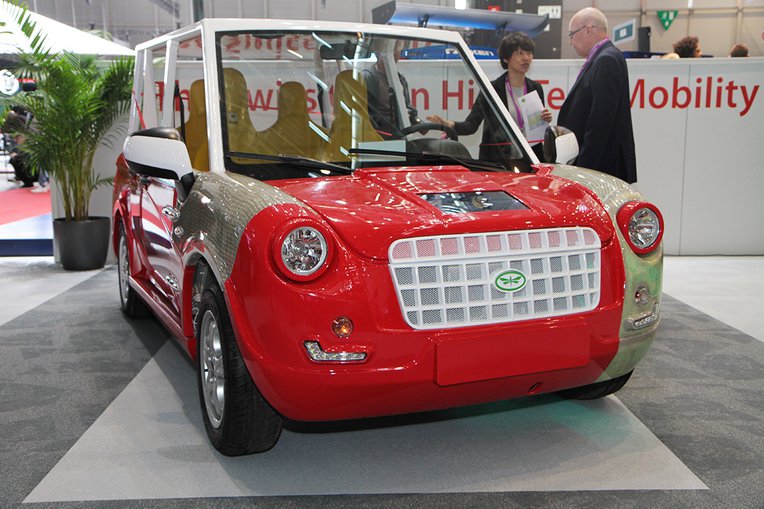 What the hell? Hug a tree, save the world and more when you own a Dragonfly by Swiss concern, Catecar. Forget that the car was beaten with an ugly stick, this 560kg vegan dream is self-powered using solar panels and has a 1000 kilometre range! The cabin uses vegetalised flax, what is that? 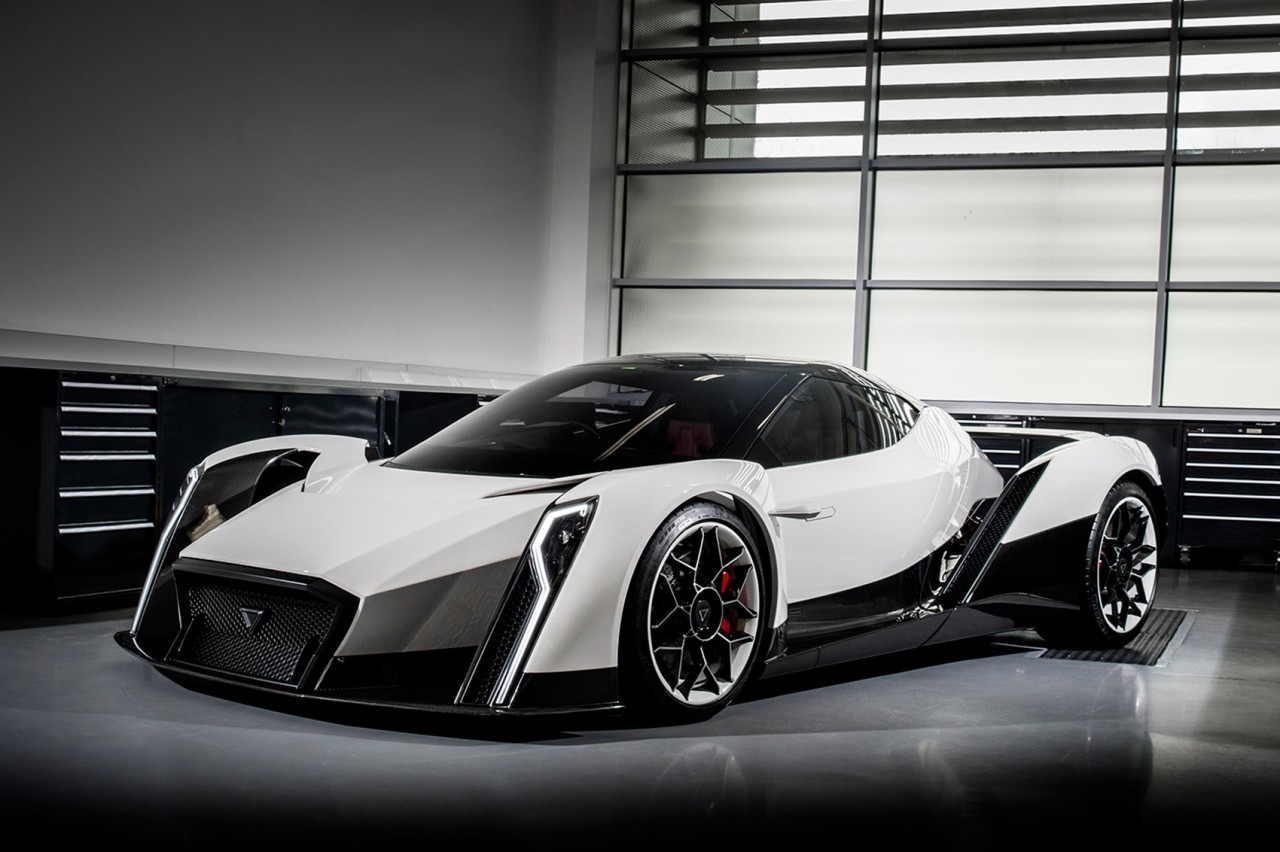 We've previously mentioned the Dendrobium, at the time it was just CGI renders. It looks like the Singaporean electric hypercar is more than just smoke and mirrors with its official reveal at Geneva. It's one crazy looking ride and may even cause an upset if its performance claims are valid. 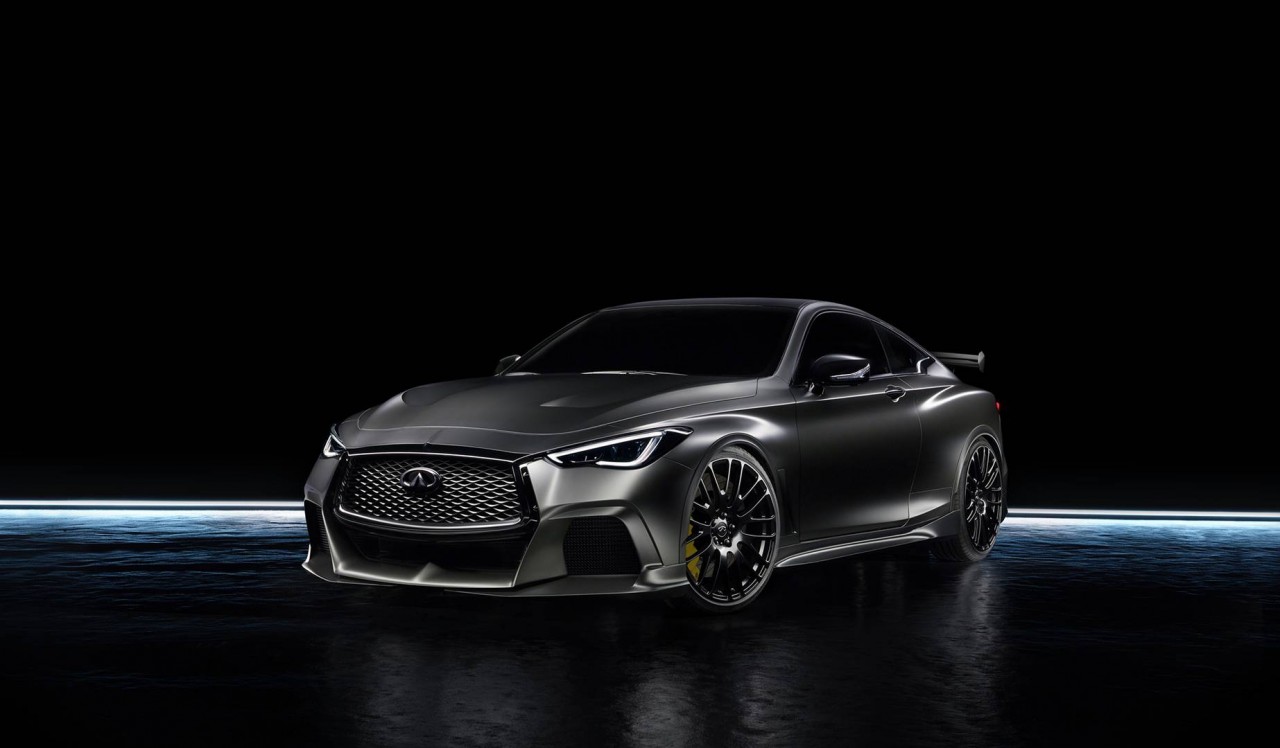 What is it with the Japanese at the moment, looks like they've got their Mojo back. The styling ethos coming out of Japan right now is on the money and the Infiniti Project Black S is banking it. We want more, based on the brands current Q60; the Project Black S concept is dialled up to eleven. Please build it.

Car to most likely double as a cheese grater: Quant 48Volt Could only be Italian: Pininfarina Fittipaldi EF7 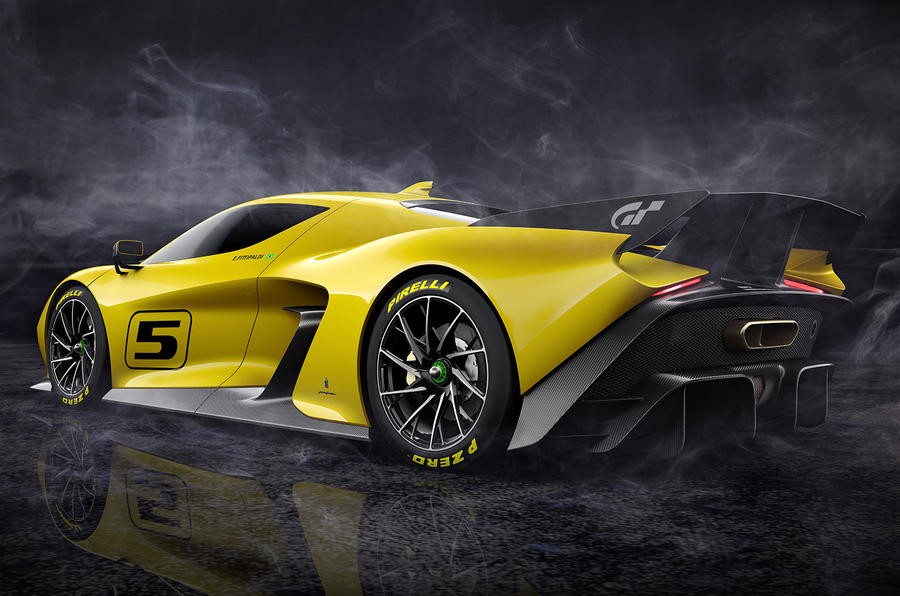 Want instant street cred? Use a retired Formula One driver to back your brand. Not that Pininfarina needs it, one of the original Italian design houses with a history dating back more than 80 years, their new Fittipaldi EF7 concept is all about Italian passion. It may be slated for production but will it step on long-term partner Ferrari's toes. 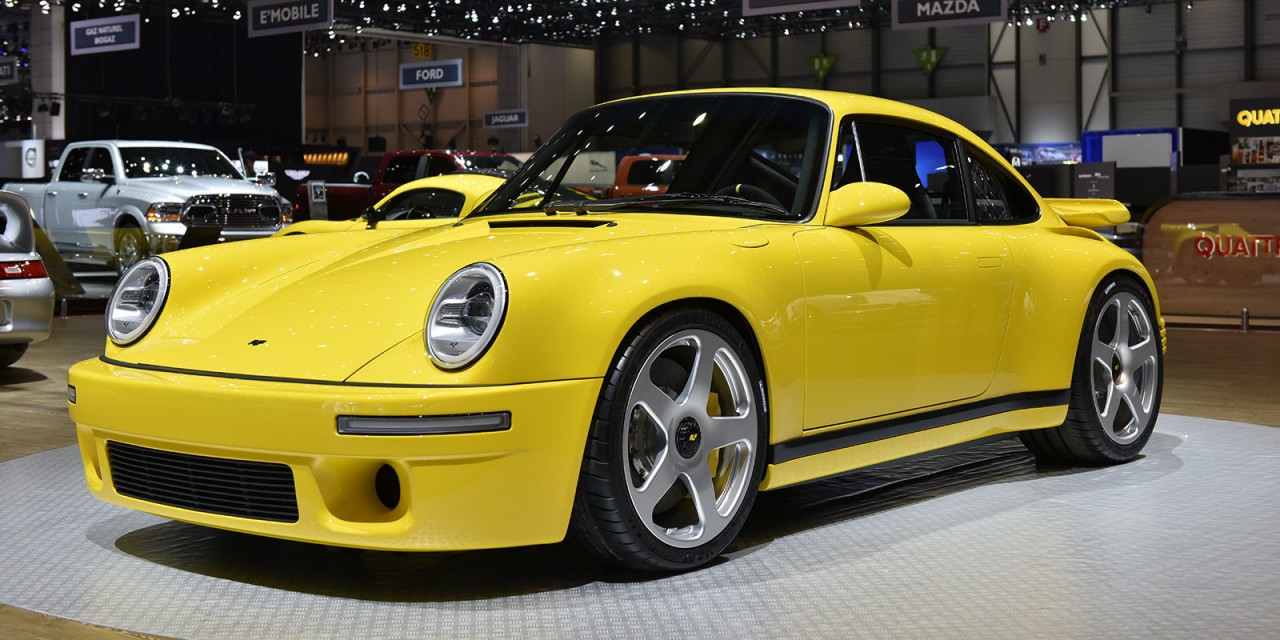 ​In 1987 Ruf introduced the world to the first super Porsche, the 911 based Yellowbird. A record breaker, the Yellowbird was able to achieve a top speed of 339.8km/h. Thirty years later their back to celebrate their achievement with the Yellowbird Anniversary edition. A 1200kg ultralight carbon monocoque with a 3.6litre flat six developing 710bhp. I want to sing this birds tune. Who says an SUV has to be ugly? The new Subaru XV proves it doesn't. Based on their new Subaru Global Platform, which promises better comfort, stability and safety; it's a win. This car could also have won the most likely to double as a cheese grater award. Ah, what can I say that the name doesn't already? Not sure if it's a car or a kitchen appliance.

Should have been at the Vacum Cleaner Exhibition: Sbarro Tracto-Sphere 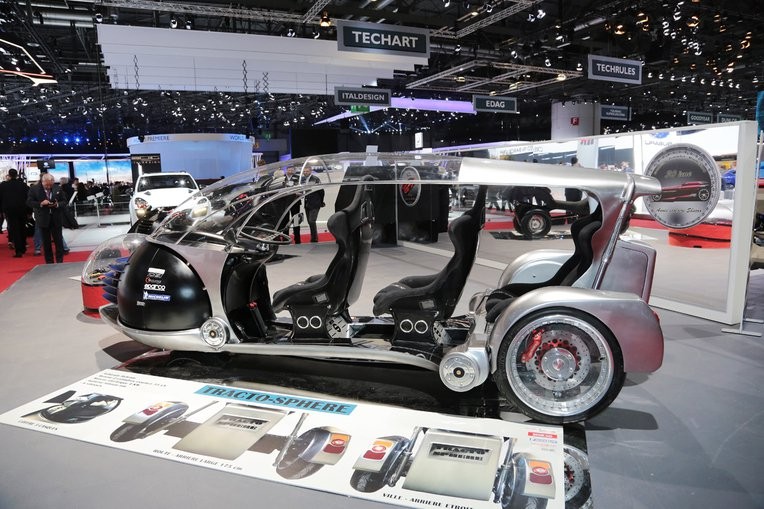 The picture says it all.

Why aren't they in Australia: Seat Ibiza I like the brand Seat. Part of the VW group, their styling is edgy and puts some passion into what's essentially a Spanish take on the German brand. Bring Seat back to Australia

The 60's are back: Artega Scalo Superelletra A first for an electric supercar, retro styling. A limited run production series of just fifty examples will be built, the three seater Artega Scalo Superelletra is destined for success. It's actually not that bad and is what you get when you combine a Jag F-type, a Ferrari California and Aston. So if you want to own all three, maybe the Vengeance Volante is the way to go.

PSA's Opel/Vauxhall buyout is a done deal.
Ferrari California T, down under.