Car fanatics come in all shapes and sizes, and what's one man's passion is another man's poison. Tell a Ferrari man his ride is ugly and he'll take it like a kick to the groin. Disrespect a Mustang drivers car, and you may be putting your life at risk; well not quite, but these guys take their vehicles pretty damn seriously.

So here I am gazing at a 1997 Fiat Coupe, and I have a theme running through my mind, "Man that is one ugly looking car, it's so bad I'd call it FUGLY". I can't bring myself to vocalise my thoughts, (Thinking about it I just have; haven't I!) because of someone, somewhere considers this their dream ride.

Have you ever seen those photoshopped pictures, where they take a car and make them look like micro-machine toy cars you used to have as a kid? Great as a toy, as a real car not so much. Correct me if I'm wrong, but I see a sort of squashed Ferrari 456 from some angles. And who wants to squash a Ferrari?

So what is it, and how'd it come to be? As until recently, I'd never heard of the Fiat Coupe, or maybe I just blanked it out. 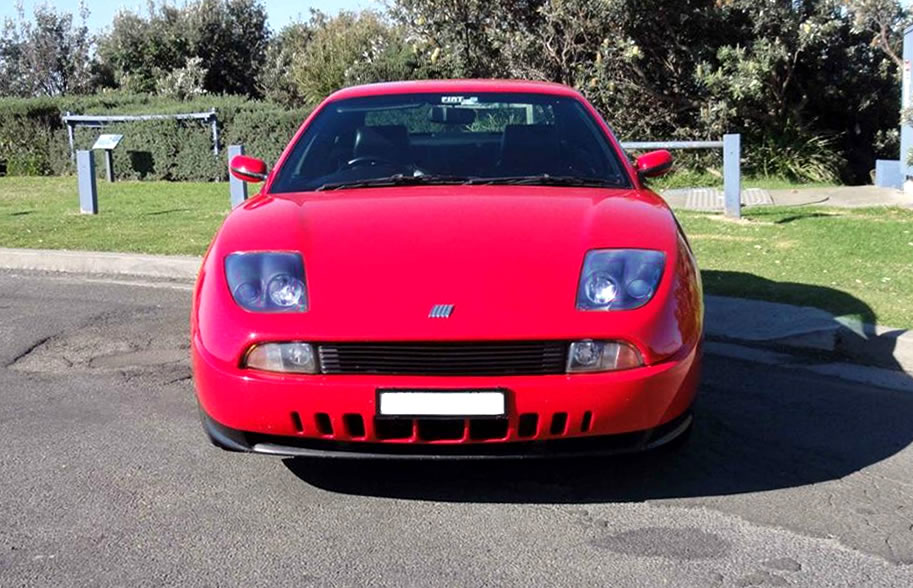 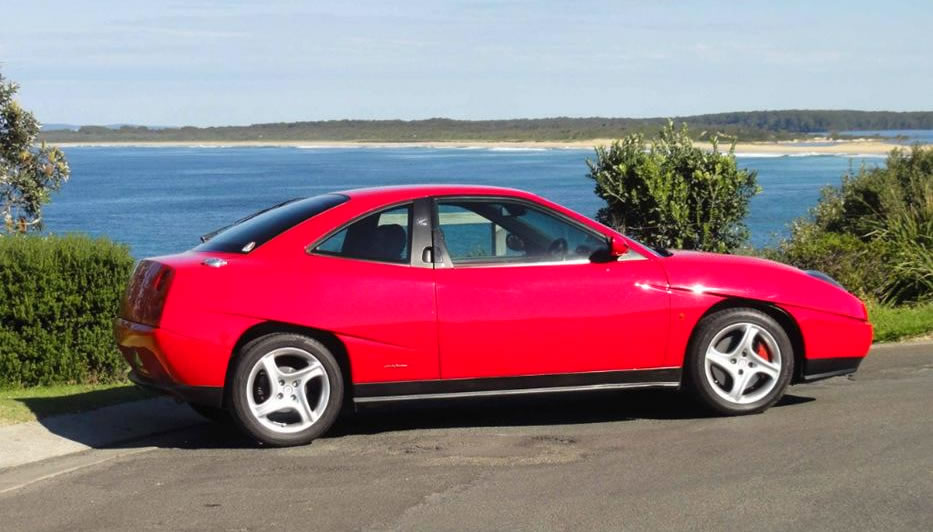 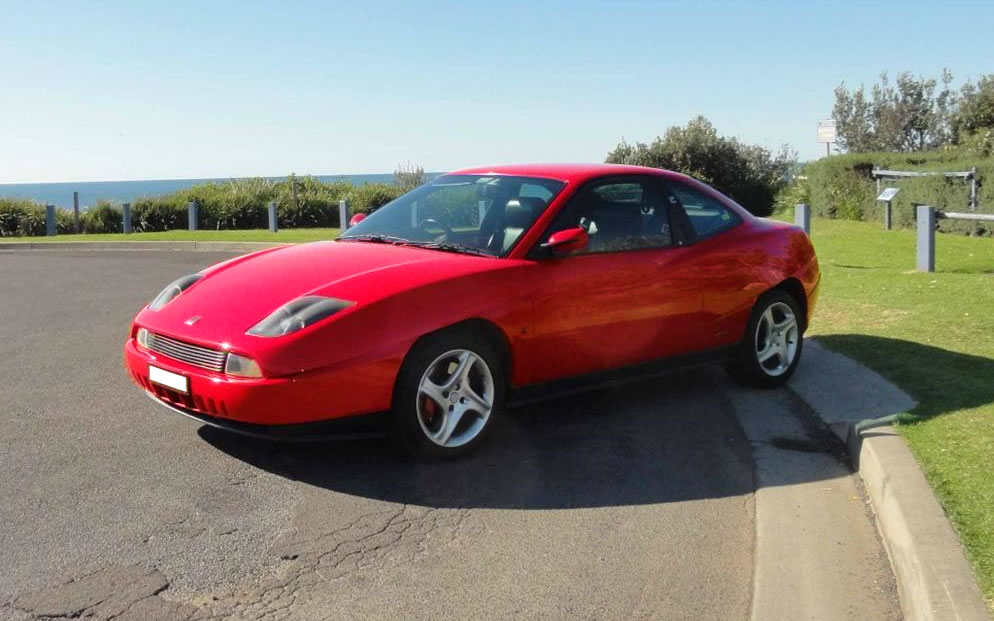 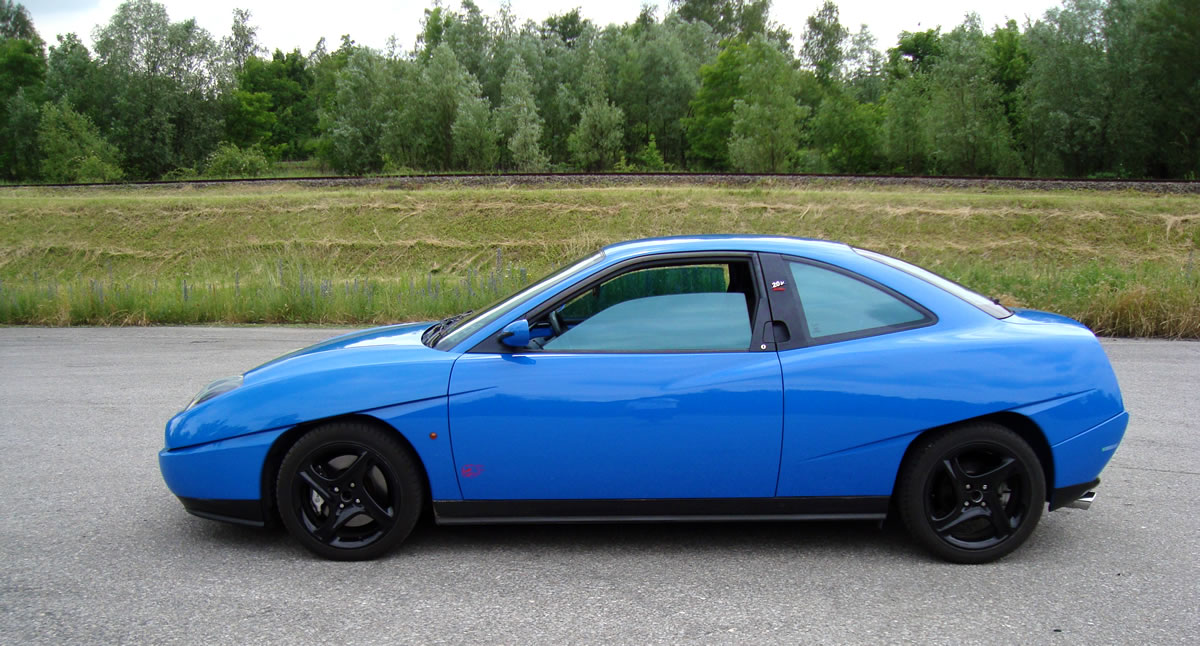 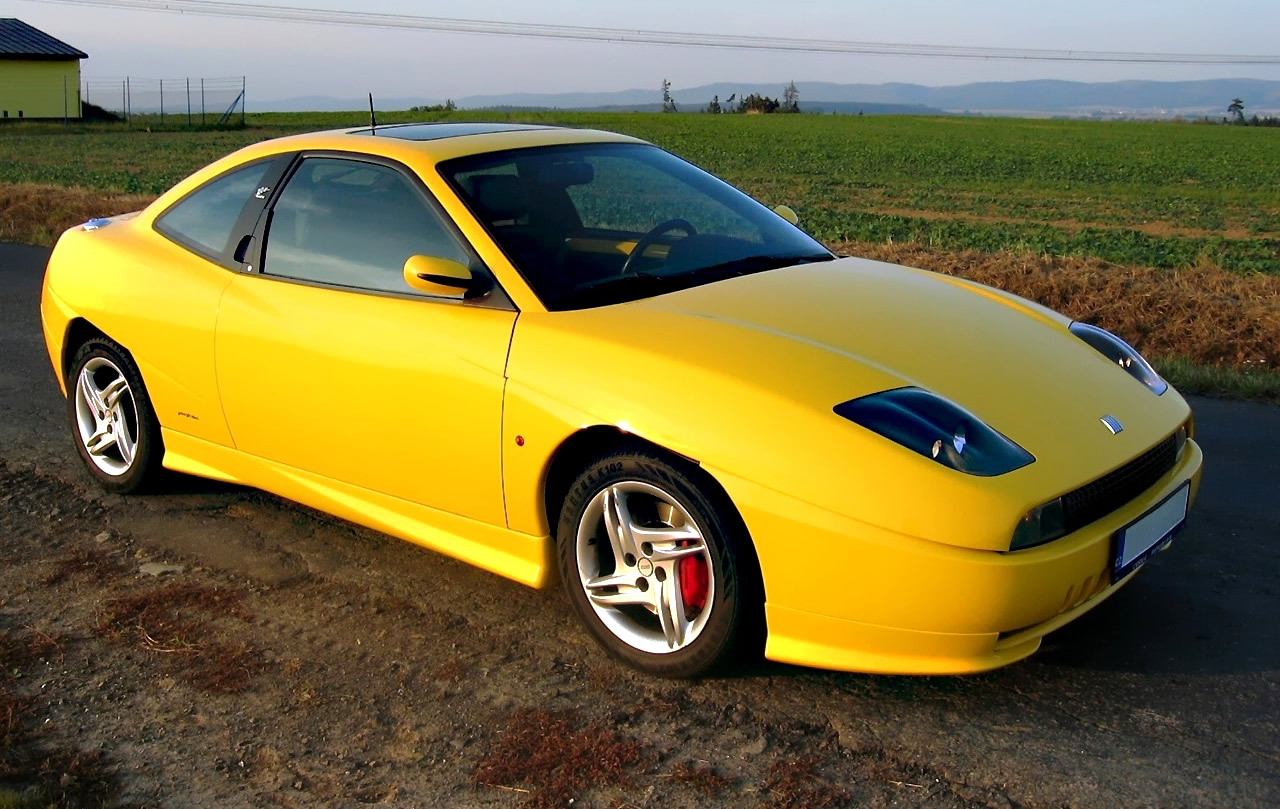 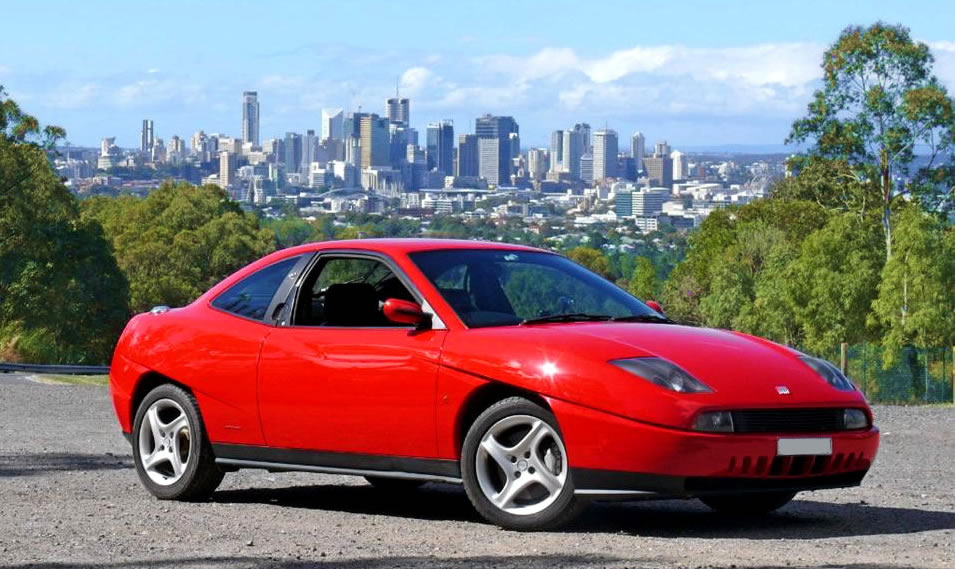 Officially called the Coupe Fiat, the Fiat Type 175 made its debut at the Brussels Motor Show in 1993. The Fiat Coupe's somewhat odd design was a joint effort between Chris Bangle (who worked for Fiat at the time) and Pininfarina (who did the interior). Bangle considered his work on the Coupe as progressive and a pointer to the future design direction all cars would take. Looking at it now, it's more 90's than light-up sneakers or hyper colour t-shirts, remember those!

Auto journalists and the media alike went nuts for the thing when Fiat had been caught out driving barely disguised test mules in 1992. What the, was pretty much the universal reaction, you can accuse the Fiat Coupe of being a lot of things, but not standing out isn't one of them.

Interestingly, Pininfarina offered to do a ground up a concept for the car, but Fiat rejected the idea, instead electing to go it alone. Man, I would love to see the initial design sketches for that. The word is that Pininfarina did take their design idea to Peugeot, who adopted it for the 406 Coupe, a design that is still held in high regard even today.

So the Fiat Coupe did make it to production and was manufactured for nearly eight years, from 1993 to 2000, it was also a reasonably successful sales performer, considering its niche market having sold a total of 72,762 units. It hit peak sales in 1994 where 17,619 cars left the Pininfarina manufacturing plant, where the car was hand built. By the year 2000 sales had dwindled to just 2,357 units, which probably sounded the death knell for the production of a Coupe II.

Was it any good? By all accounts, yes. Lauded as Car of the Year, two years running by UK auto journal What Car and universally well received by the auto press at the time; where it compared favourably with the likes of the Honda Prelude, Mazda MX-6 and Mitsubishi Eclipse.

Mechanically the Fiat Coupe was a front wheel drive four cylinder who inherited its running gear from the Lancia Delta Integrale. If featured an efficient limited slip differential, which helped prevent torque steer that most FWD cars can suffer from. Road holding and handling were taken care of via independent suspension all round; at the front MacPherson struts, and lower wishbones anchored to an auxiliary crossbeam, offset coil springs and anti-roll bar; at the rear, trailing arms mounted on a subframe, coil springs and an anti-roll bar. Positively race-car like compared to the regular Fiat of the time. 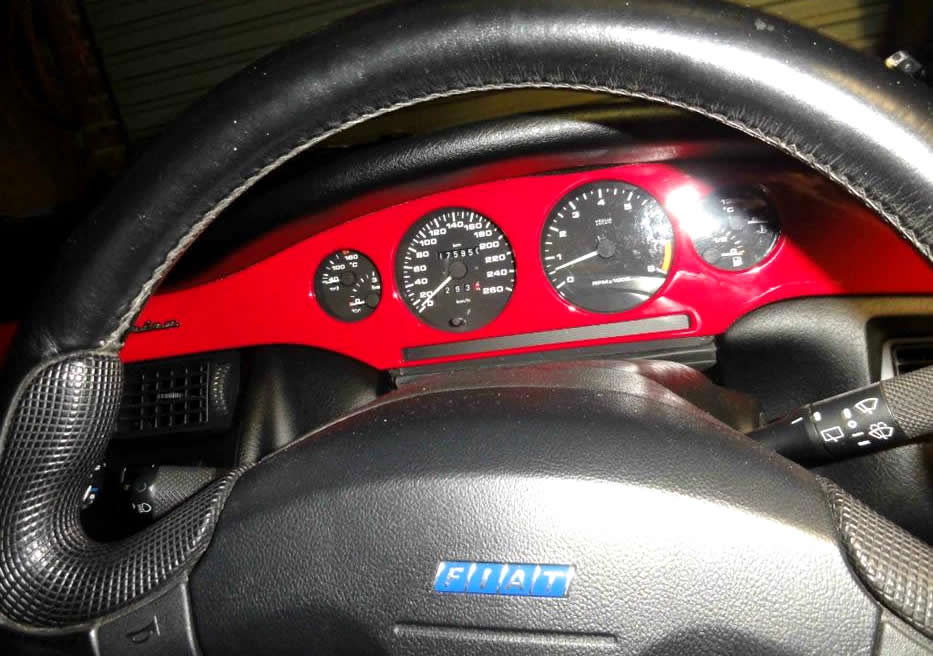 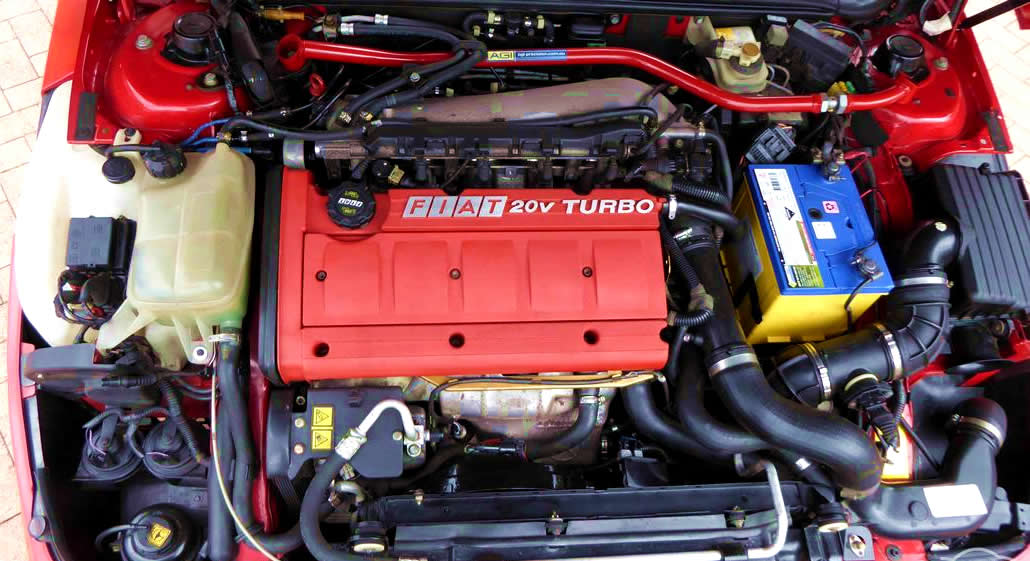 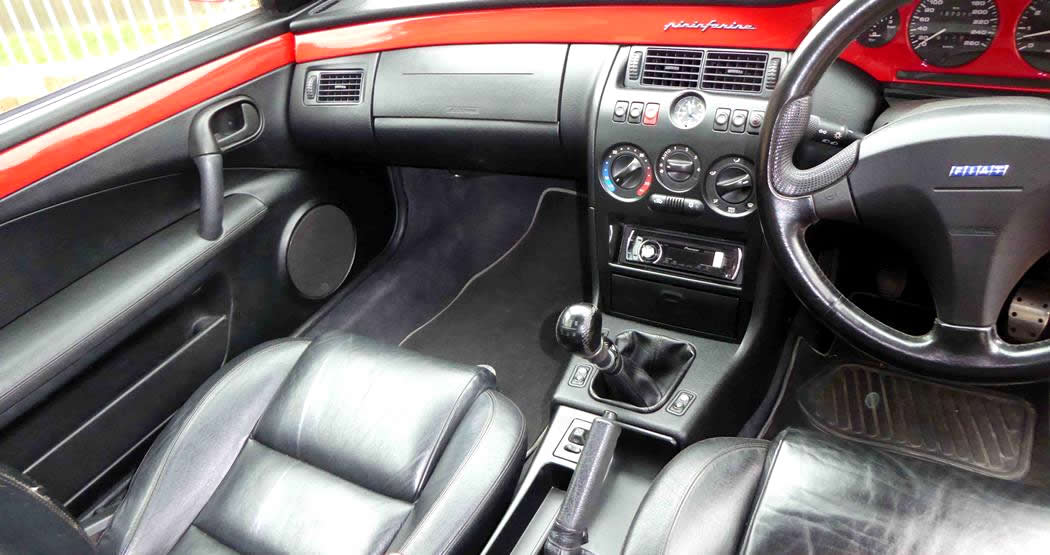 Produced in several different variants throughout its lifespan, the Fiat Coupe varied a lot in performance; initially, offered as a 1750cc 16 valve four-cylinder drivetrain, producing a modest 129bhp @ 6300rpm and a 164Nm of torque @ 4300rpm. Giving the Coupe enough shove to complete the 0-100km/h dash in 9.2 seconds and onto a top speed of 205km/h.

The Fiat Coupe had a significant mid-life upgrade in 1996, where you could optionally swap out the anaemic four-cylinder engine for a four-cylinder 16 valve turbocharged engine producing a healthy 190bhp. It was good for a 0 to 100km/h dash in 7.5 seconds and a top speed of 225km/h, making it the fastest Fiat ever.

As sales tapered off, Fiat decided to release a special final edition to commemorate the car's signing off. Called the Fiat Coupe Turbo Plus; it featured the previously available naturally aspirated five-cylinder 20 valve engine but now included a turbocharger. It was good for an impressive 220bhp and saw the 0 to 100km/h dash trimmed to just 6.3 seconds and topped out 250km/h, enough to make a mess of your comb over for sure. Again the final edition made it the fastest production Fiat ever to that point.

So today the Fiat Coupe has become a cult classic, adored for its quirky nature and better than good road manners. The Fiat Coupe is a real sports car and under the skin could be considered a budget version Lancia Integrale. If you can find one, you could pick one up cheap as chips. Trust me it won't last long; the word will get out there, and values will soar.