People in cars. We talk the rides of our readers, enthusiasts
and locals. Taking a look at great cars from their owner's
perspective. If you'd like to show us your drive, get in touch.
For the love of all things automobile
Font size: + –
Subscribe to this blog post Unsubscribe
Print We first spotted Chis' Alfa at a car meet held at the Marion Megaplex run by Friday Night Cruises Adelaide – FNC, a few months ago. Staggeringly beautiful as it is, we had to get some time alone with it so we left a card on the window. Soon enough, Chris invited us to come and visit him to get the inside scoop on what it's like to own one.

Chris Macko is a pretty cool guy with a bucket of energy and is clearly a bit of a rev-head considering that parked right next to his Alfa, is a monstrous black coated V10 BMW M5 – oh my! We may have to get back to Chris about that one later :) 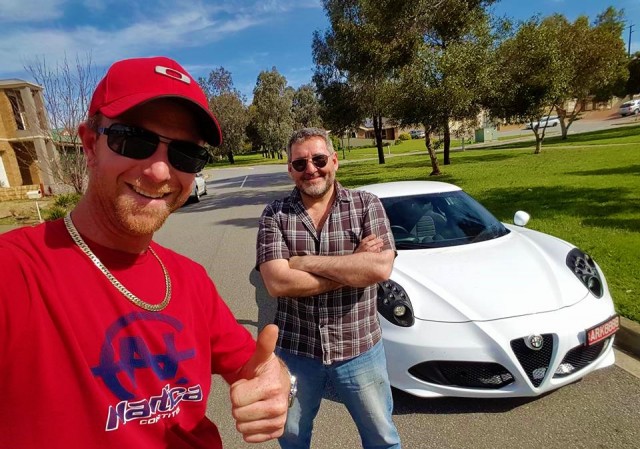 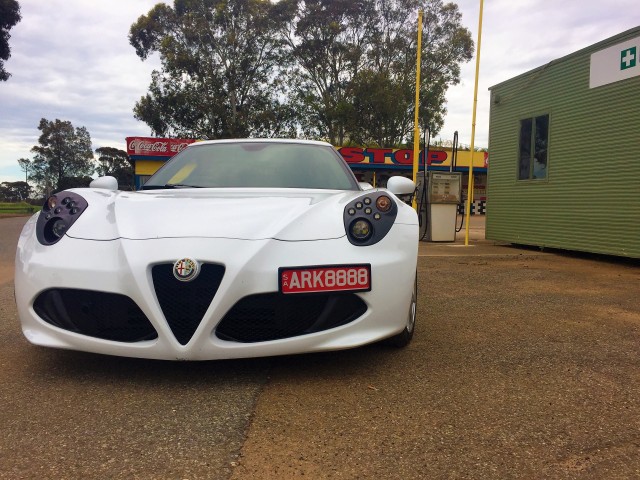 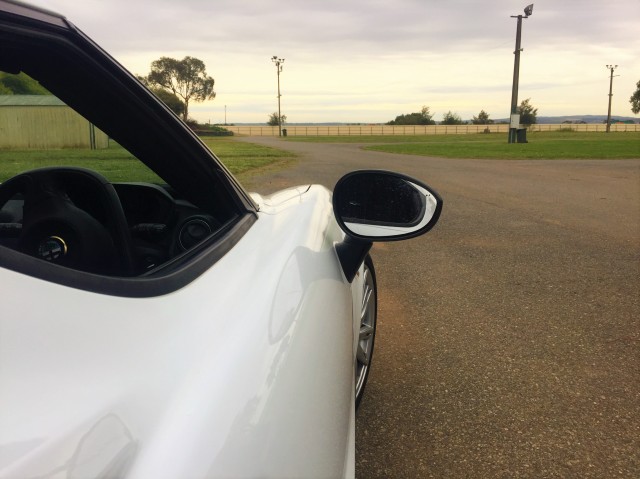 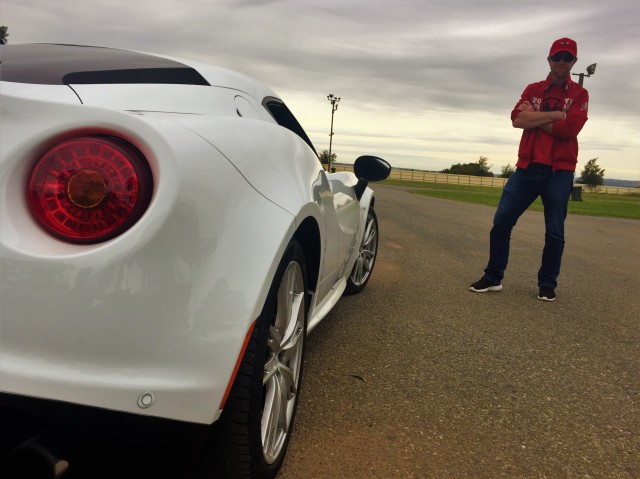 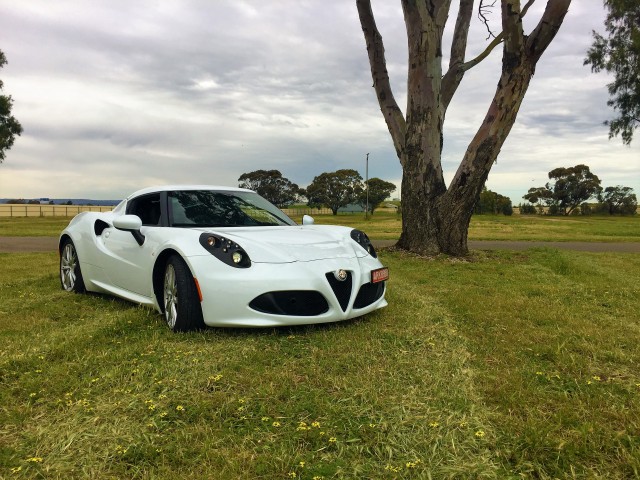 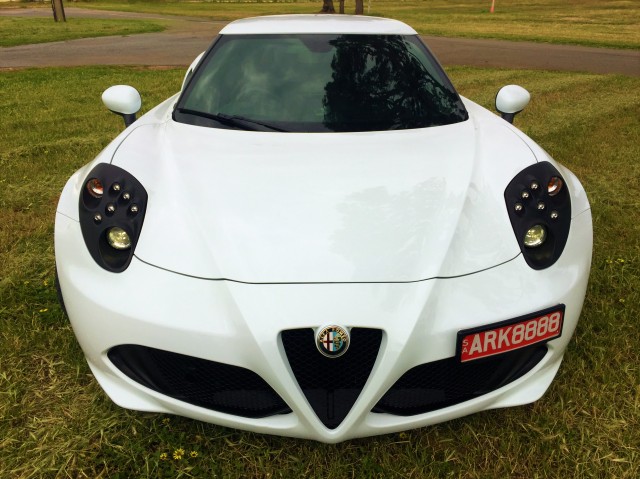 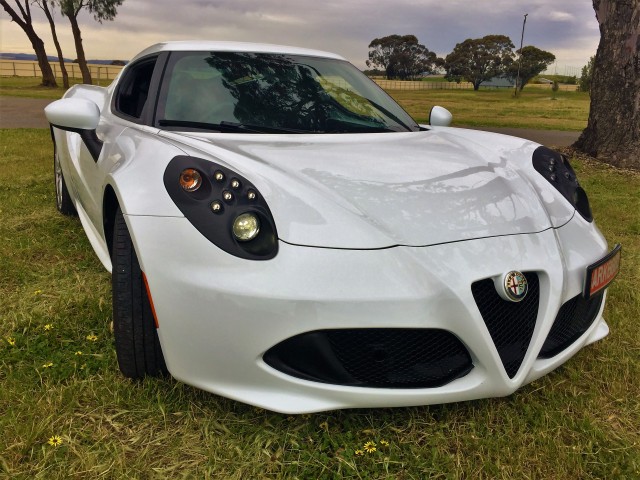 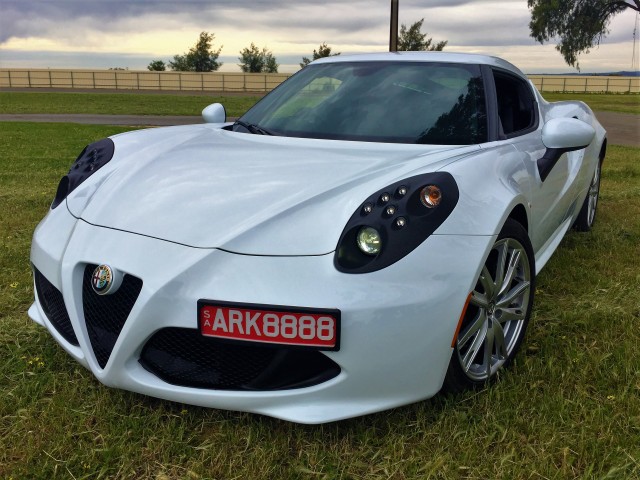 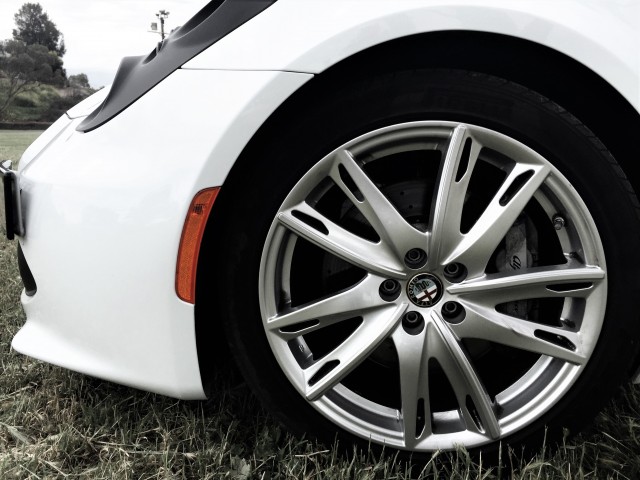 Chris first bought his Alfa in 2015 from BELCAR, right here in Adelaide, SA. He said that he hadn't been into Alfas before but the thing which attracted him particularly to the 4C was its look – it has Ferrari appeal and the dollars made it pretty good value. Chris mentioned moreover that everybody looks at it and the girls especially think it's sexy. People, in general, were positive about it and didn't tend to judge you like in an actual Ferrari, for instance. He was very clear that the Alfa is a fun, happy car. 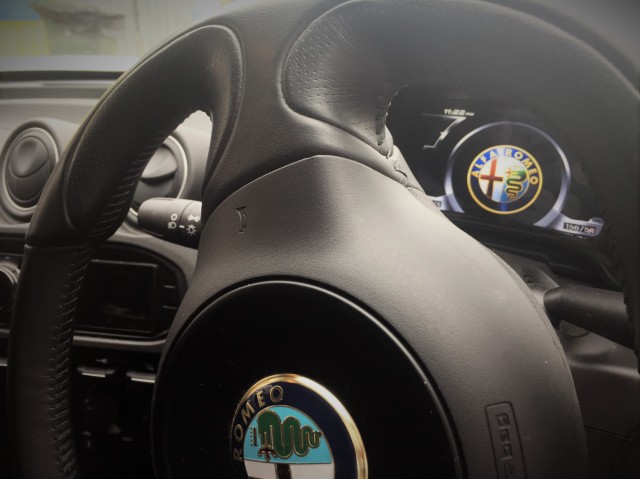 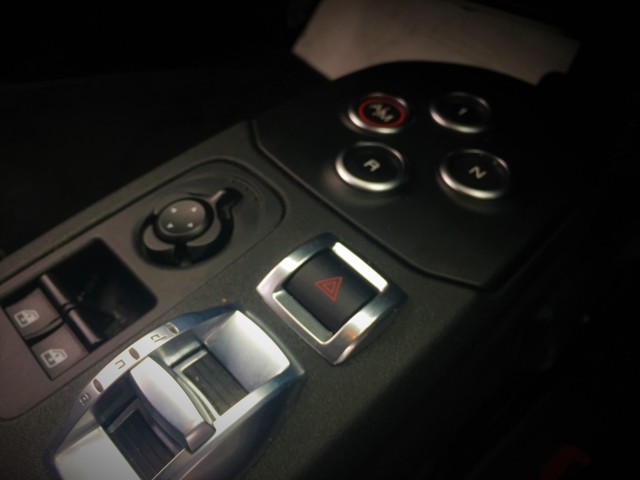 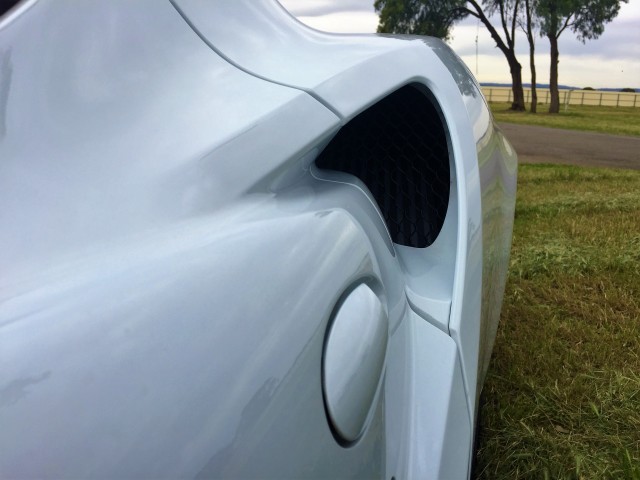 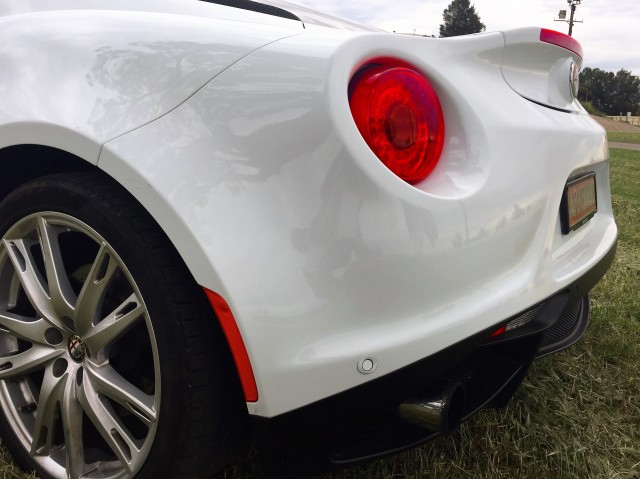 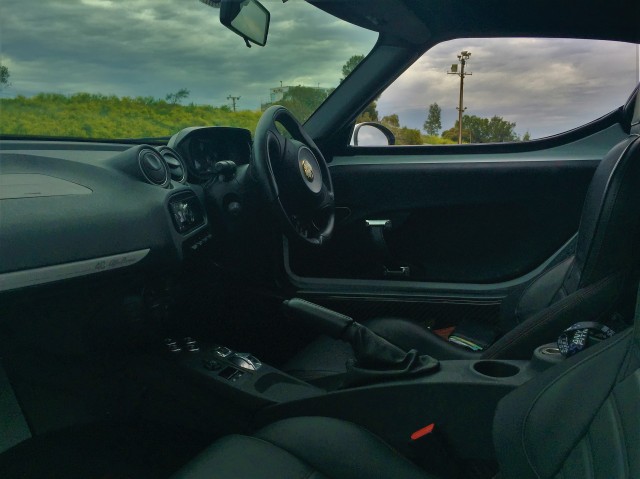 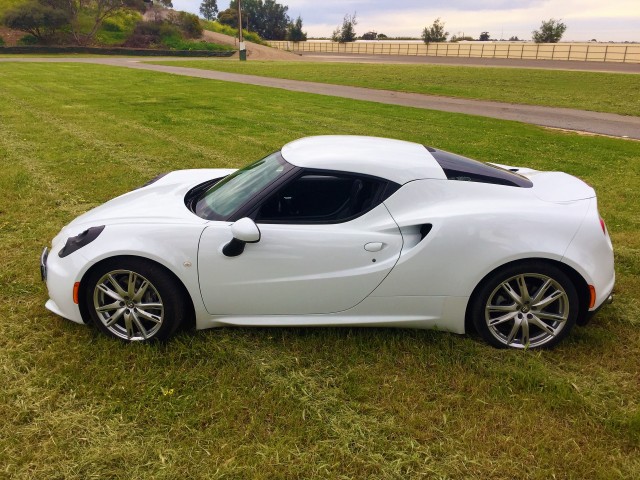 So, Chris took us for a spin...  holy mother of pearl, this thing moves. We made our way to Adelaide International Raceway to get some happy snaps and whilst ducking and weaving through traffic, it was apparent that this car is so lively that regular traffic commuting is not in it's resume. Chris made a point of noting that whilst the 4C was loads of fun, it was no daily driver. Chris let me get hands on with the car a little later in the day and I can confirm this without a doubt. The front end is so light that it bounces all over the road unless you've a firm grip on the wheel – and that firm grip has to be pretty permanent, given the 4C has no power steering. That being said, listening to the bark of the 1.7L engine, shifting with the paddles whilst watching the digital rev counter and feeling this thing corner put such a grin on my face that I forgot about the muscle spasms developing in my arms. You feel totally connected to the Alfa 4C.

Does it live up to Chris' expectations? *Drum roll*... Simple answer – No. Chris reiterated that it is definitely more of a track car, but he was moreover concerned that the car could definitely do with some improvements. Chris loves music, but he's totally challenged with getting access to some of the body areas of the car so he can modify his speaker setup. You can't open the pseudo boot panel at the front because it's just there for looks so Chris is guessing that it needs special Alfa tools for the job or some such and he's had no luck getting body plans from Alfa so he can play with it himself. 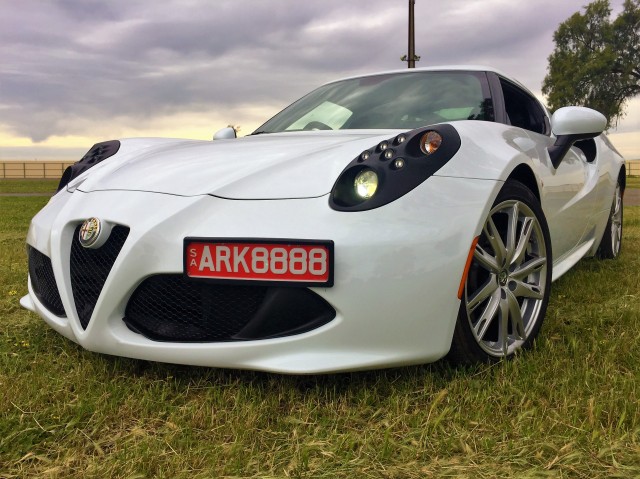 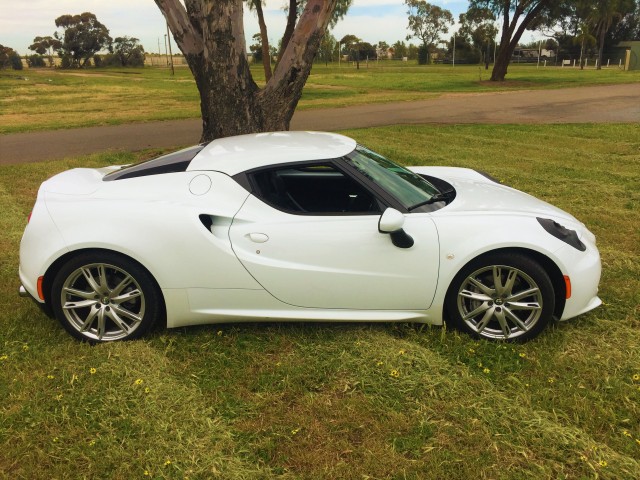 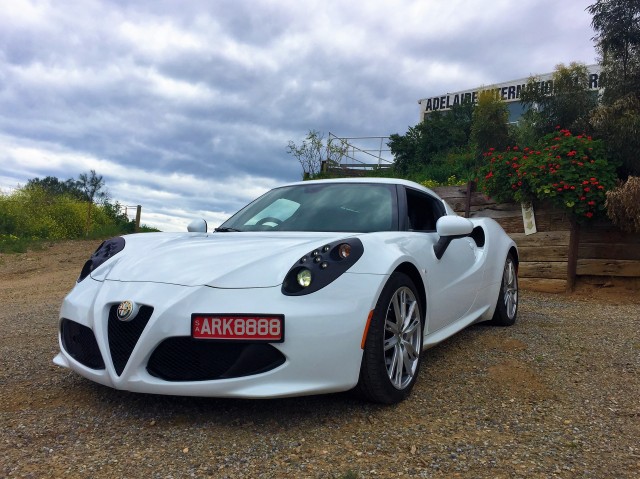 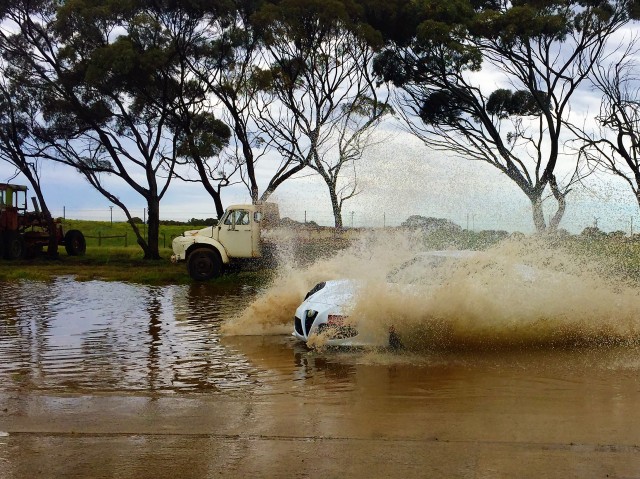 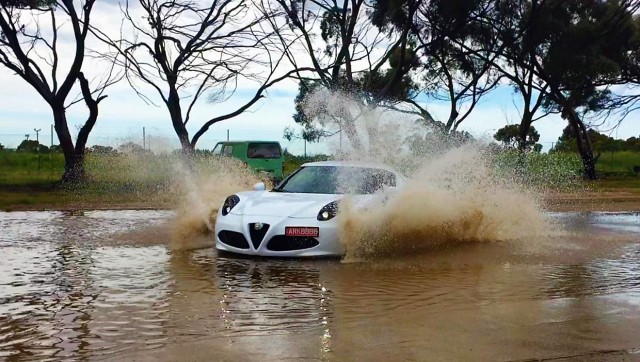 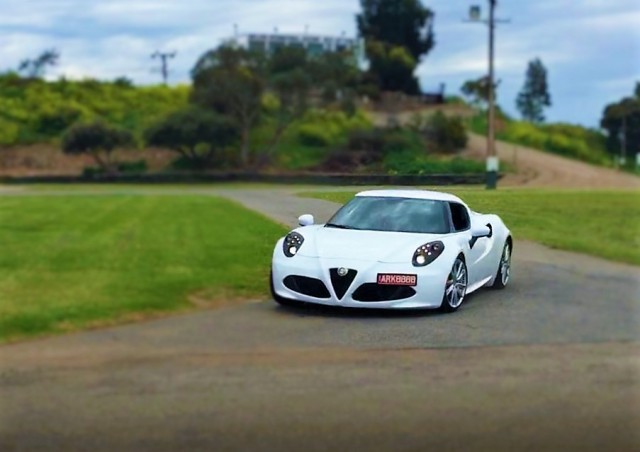 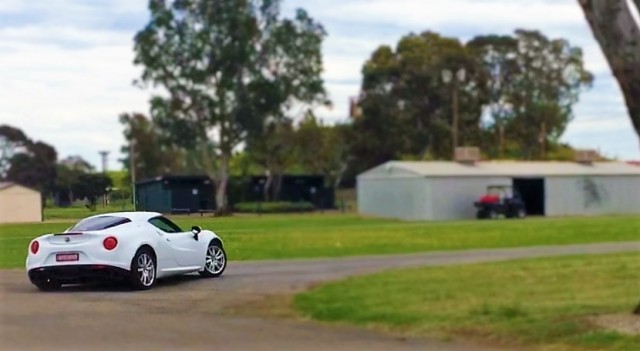 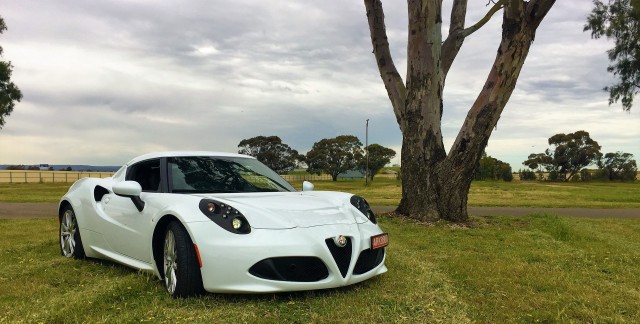 "The car, could be perfect", says Chris. He personally feels the 4C only needs a few things to make it what it needs to be. On the list for Chris; Scissor doors, a better sound system and definitely more weight at the front. In his opinion, the car could also do with a 150mm height adjustment, a better exhaust and more interior accessories. Admittedly, for 100K+, some more time on the design for a sunglasses or cup holder would be nice. Apart from that, Chris said his Alfa is a 9/10.

After much zooming around, Chris wanted to get this crazy Italian spitfire dirty. We found some flood water from the rainy weather from the days before and that was it, the 4C was covered in it. Thanks, Chris but next time, wind the windows up.