If ever there was a missed opportunity for greatness, the 1966 Jaguar XJ13 is it. Built to take on the might of Ford, Ferrari and Porsche, the XJ13 was intended to race at LeMans and win.

On paper, it had all the ingredients necessary, bad timing and the typical English inclination of 'it's ready when it's right' led to a protracted development. By the time it was ready for racing, the prototype racing rules had changed and the car no longer qualified. A kick in the teeth for Jag and a crying shame for fans of the marque.

Development of the XJ13 began properly in 1965, Jaguar wanting to return to prototype racing saw that nothing less than a mid-mounted V12 would be competitive. Jaguar was to pull out all stops to build their Ferrari killer, a real possibility if Jaguar developed it on time.

The first and only prototype built was ready for testing in March 1966. With the LeMans 24 hours, less than three months away there was no way the XJ13 would be ready in time. With significant rule changes for prototype racing in 1967, restricting cars without homologation to 3.0-litre total engine capacity, the XJ13 would never qualify. A mechanical tour de force and beautiful to behold, despite Jaguar, never successfully racing the XJ13. 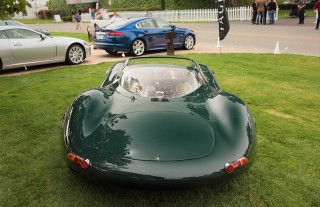 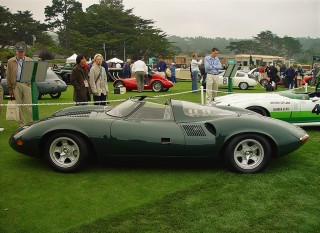 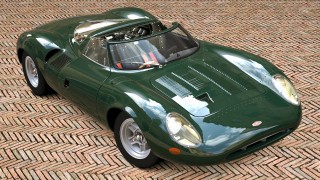 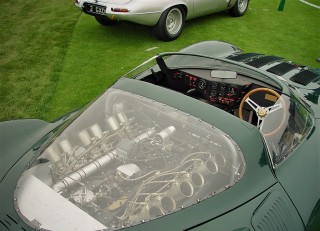 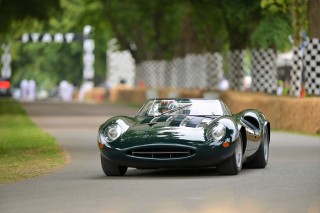 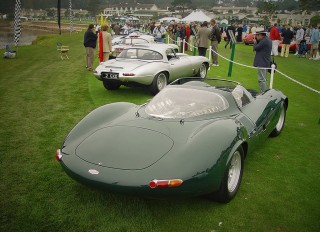 Packing a 5.0-litre V12 cylinder engine, with double overhead cams and Lucas mechanical fuel injection and producing an impressive 500bhp, it was state of the art for its time. Designed by Malcolm Sayer, who was ideally suited for the job, having already penned the C-Type, D-Type, and E-Type Jags. The all aluminium coachwork was a superbly fluid shape beyond description, deserving of a spot in the Louvre art gallery. The XJ13 may have appeared to be a mobile sculpture, but the entire form was designed to have a function, the fact it looked good was a bonus. Regarded as the most beautiful Jaguar ever made by many, and I tend to agree.

Sayer had a background in aircraft engineering and employed aircraft construction techniques to build the XJ13, one of the first racing prototypes to do so. The XJ13 was also notable in that the engine and transaxle were part of the stressed member chassis, with the rear suspension mounted directly to it. It was considered quite innovative for the time.

As Jaguar realised the car would never be a viable race car, it became a rolling lab for Jaguar and driven extensively on the English MIRA test track, where it established a new dry track record that was to stand for an incredible 32 years.

In 1971 the one and only XJ13 was being used for promotional work, drumming up publicity for the then-new V12 E-type Jag. It was going to be featured in a commercial, showing the direct link between the racing prototype, and the new E-type. Unfortunately, the XJ13 had a damaged tyre, and the test driver pushed the car beyond what the Jag engineers recommended. At 140mph, the XJ13 lost a wheel, flipping end over end, it was a devastating crash. Amazingly both the driver and the car survived.

Damage, to the XJ13, however, was extensive, and under normal circumstances would have been scrapped. Due to its historical significance, Jaguar decided to put the car in storage, where it sat for two years before being restored in 1973. While the rebuild was faithful to the original design, the V12 engine used had a damaged piston, so while it ran, it wasn't to its full potential.

In 2002 the XJ13's engine block and sump were damaged, when the car came off a high kerb, the owner decided to do a ground up rebuild, including a total refurbish of the V12 engine. Finished in 2007, the XJ13 is now considered to be in better shape than when it was new. The XJ13 now makes the rounds at classic racing events, such as the Goodwood Festival of Speed, where you can hear the cat roar at full speed.

If you want to know how valuable this ultra rare Jaguar is, an offer of seven million English pounds was declined by the owners in 1996. What that would mean for the XJ13's value today is anyone's guess.

Seeing as it's widely considered the best looking Jaguar ever, you can understand some enthusiasts wanting to go to great lengths to get behind the wheel. As a result, there are a few very good recreations out there, and occasionally they do come to market, expect to pay around $250,000 AUD for one of the better ones.

I know for me, I'd have one in my dream garage! 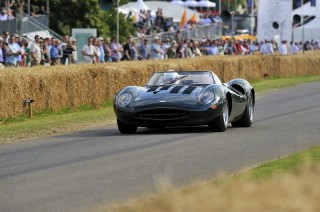 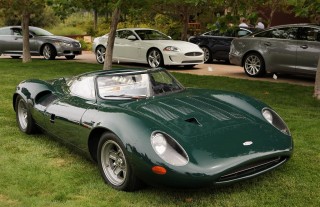 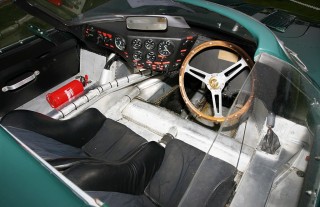 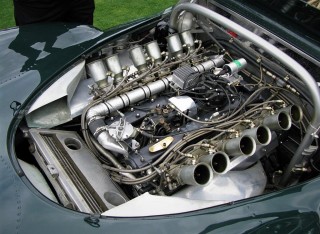 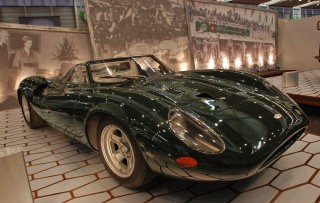 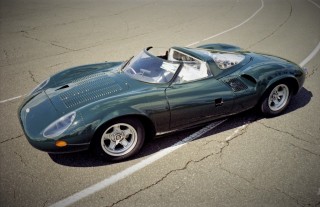