Every Ferrari fans wet dream in the late eighties was the F40. I know it was for me, although it was always a tough call between it and the 1984 288GTO. When the F40 was first released we all thought, it can't get better than this.

It's such a milestone car, the last to be personally approved by the old man himself and widely considered the first hypercar. The first road legal production car to be able to hit 200mph, having been officially clocked at a top speed of 201mph. When everyone else was struggling to get their top of the line road car to better 186mph, it was an impressive feat.

The uber rich at the time were falling over themselves to put their money down, getting behind the wheel of an F40 for the cashed up Ferraristi became an all-consuming desire.

"Production will be limited to 399 units", Ferrari initially announced. You also had to have a previous purchase history with the marque and even then you were not guaranteed a spot in the queue. Only Ferrari could make such demands of their clientele, tough luck if you weren't deemed right for the car. 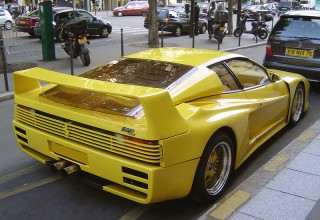 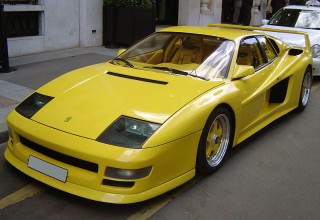 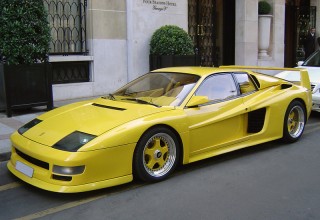 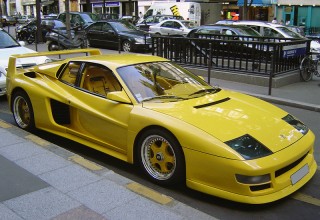 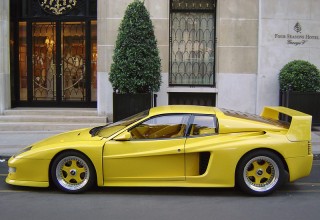 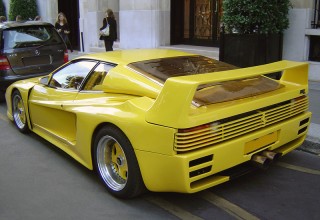 As it turned out, the F40 was one of most profitable Ferrari's made for the period, and with the old man's passing, the initial 399 became 1,315. Italians may be stubborn, but they aren't stupid.

What has this all got to do with the Koenig Competition you might be asking? Well, at the time no one knew there were going to be more than 399 F40's and initially Demand far out-stripped supply. It was not uncommon for new F40's to change hands, undriven, for three times the initial purchase price, at a million dollars USD, it netted a huge profit for the first owner.

Willy Konig, the founder of German tuning house Koenig, saw an opportunity to take advantage of the elites desperation to own an F40 by providing their take on a hypercar. The mental as anything, Koenig Competition.

Mental doesn't even begin to describe what Koenig created. Based on Ferrari's then flagship model, the Testarossa. Koenig took the flames of a dragon, added the venom of a Hydra, fired it in Odin's forge to create what could only be called a racecar for the road and the most outrageous aftermarket Ferrari ever.

The Testarossa, while a great car, was a little conservative in the looks department. Compared to the Countach of the day, it was tame, the Koenig Competition, however, was like a slap in the face. If you were into cars and didn't notice Willy's take on a hypercar, a doctor's visit was required to confirm you had a pulse.

It took everything that was great about the F40 and arguably made it better. Virtually unheard of at the time for an aftermarket Ferrari. They say imitation is the sincerest form of flattery, well, the Koenig Competition was the F40 to have when you couldn't get an F40. Somehow the German tuner managed to come up with a design that was both more dramatic and yet a cleaner looking car than the F40 that it resembled.

It didn't end there, the technical specs for the Koenig Competition were just as outrageous as its looks, like 800bhp total power output, 0 to 100km/h in 3.5 seconds and a top speed of an unheard of at the time, 350km/h (217mph). We are talking 1988; we thought Mr Konig must be on happy pills or living in fairy land, the quoted performance figures did not seem credible. But they were just that, independent testing from the day confirmed the tuner's claims.

Now, some thirty years later and 800bhp is still considered the stuff of legends. If the standard Competition wasn't enough for you, Koenig could provide a Stage II tuning package that upped the output to an insane 1000bhp, nearly 40bhp more than Ferrari's current hypercar champ, the LaFerrari.

How did Koenig manage to get so much performance out of a road car? While Ferrari's Testarossa may have been the boulevard cruiser in Miami Vice, it was none the less an accomplished sports car. Konig also knew it provided the perfect base to create his grand opus, after having gone through its internals, Konig and the team responsible for putting the Competition together understood the Testarossa drivetrain was capable of so much more. The result was a racecar for the road. 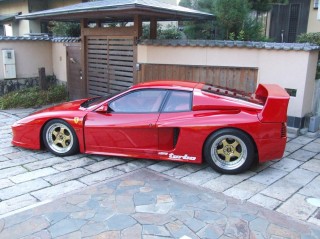 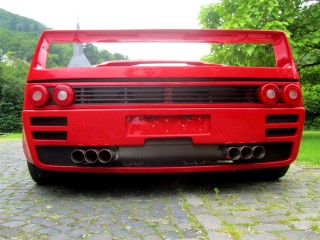 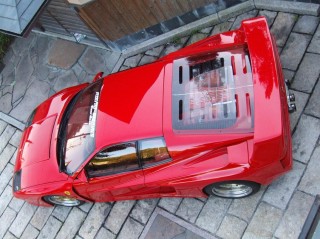 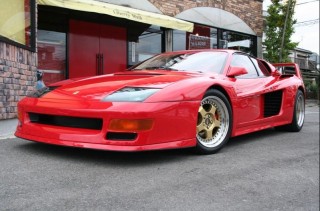 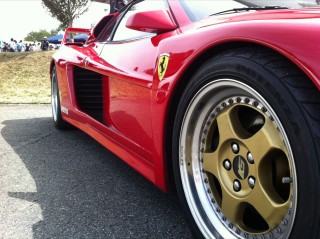 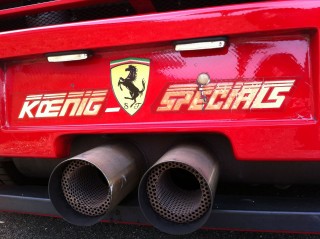 It began with the Testarossa's 4.9-litre flat twelve engine, which was both supercharged and turbocharged. Power delivery was seamless with virtually no turbo lag. Koenig was way ahead of the game; the supercharger provided the low-end grunt, operating between 1000rpm to 4000rpm. Beyond 4000rpm the twin turbo setup automatically cut in, ensuring thrust is constant, and with 900Nm of peak torque, astronauts could use the Koenig Competition as a G-force simulator.

All the force-fed elements of the engine are intercooled further raising efficiency and increasing power. Konig and his team were relentless in their pursuit of it, but power with reliability, hence water injection was also used to keep engine temperature in check when pushing on.

Other nods to its racecar aspirations included a complete re-body in Carbon Fibre and Kevlar Composites, reducing the weight of the car by a substantial 200kg over the original donor vehicle.

The chassis of the original Testarossa was extensively modified, stiffened to account for all that extra power, and the suspension was swapped out for a race inspired setup. It was evident the brakes would also need attention, all that performance would be pointless if you couldn't stop the car.

17" inch wheels may seem pretty common today, but back then they were considered state of the art. What is still very impressive is the tread the Koenig Competition put down. Fitted with Pirelli P-Zero, 245/40 ZR-17 at the front laughably broad 335/35 ZR-17 at the rear, grip levels were prodigious.

While all of this alone was enough to make the Koenig Competition a success, the build quality was outstanding; widely regarded as better than what Ferrari was producing at the time.

Koenig was able to offer all of this and amazingly; cheaper than the Ferrari F40. No wonder spurned Ferrari customers were more than happy to shell out the cash to purchase a Koenig Competition.

Understandably, this more than put Ferrari's nose out of joint; and the rumour was stern words exchanged between the Italian manufacturer and Mr Konig resulted. It seems no coincidence then that all completed Koenig Competition were bare of any Ferrari reference or logo.

In total twelve Koenig Competitions left the tuners factory between 1988 and 1991, making them one rare bird indeed. Occasionally one is offered up for sale, the last one for a crazy cheap 120,000 EURO's (around $170,000 AUD) in 2014, or around the same value as the Testarossa. I guess the fact it's not an original Ferrari somehow interferes with its purity. I say bollocks; I'm not alone in wanting the Koenig Competition in my dream garage. 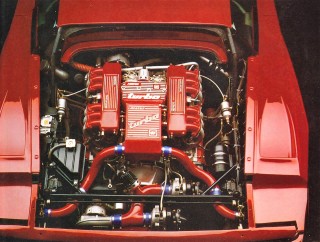 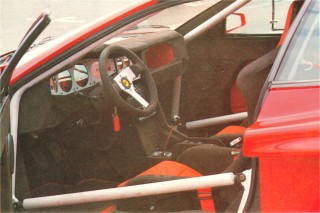 Just to recap here are the figures that make the Koenig Competition so unique, even by today's standards.