What must it be like to build a genuine Supercar, to put your heart and soul into something that you hope will have a long lasting legacy? What's it like when that dream of building the ultimate machine to compete with the likes of Ferrari and Porsche comes crashing down?

Frankly, I don't want to know; I reckon it would be heartbreaking. Especially when you've got something special, something that if it were wearing the right badge would have been a runaway sales success.

The 2003 Ascari KZ1 is like that. It had everything going for it; the name rolls off the tongue like some exotic Italian supermodel. The car itself, clothed in a body worthy of anything done by the other crowd in Maranello, and in 2003 it soundly beat the likes of the Porsche 911 and Ferrari 360 Modena, even the race inspired Challenge Stradale Track Edition.

Let's backtrack a bit to understand how the make started. In 1995 Dutch millionaire, Klaas Zwart was a car nut who dreamed of founding a sports car empire to rival the already well-established players. His plan was to take possibly the greatest name in racing and make that the brand, hoping it would create instant credibility.

The name Ascari, remembered for Alberto Ascari, the famous Italian Formula One driver of the 1950's. To put into perspective just how good Ascari was when journo's quote the greats it's usually Senna, Schumacher and Ascari they cite. It seemed like a good idea, Klass also chose to source the engine from BMW, I mean it worked for McLaren on the F1. At the time of the Ascari's KZ1 official release, the few journo's that were fortunate enough to drive the car gave it high praise. So what went wrong? 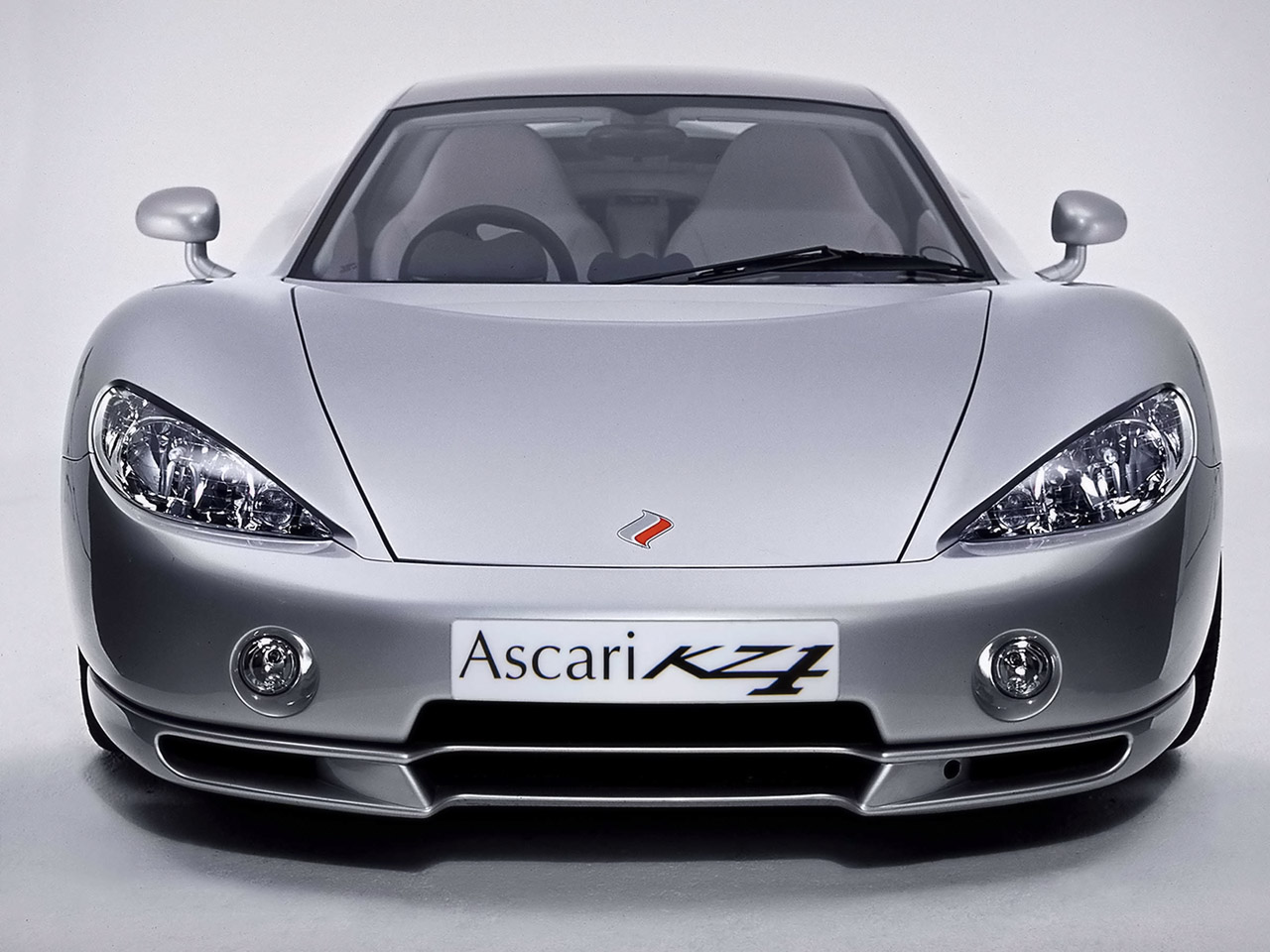 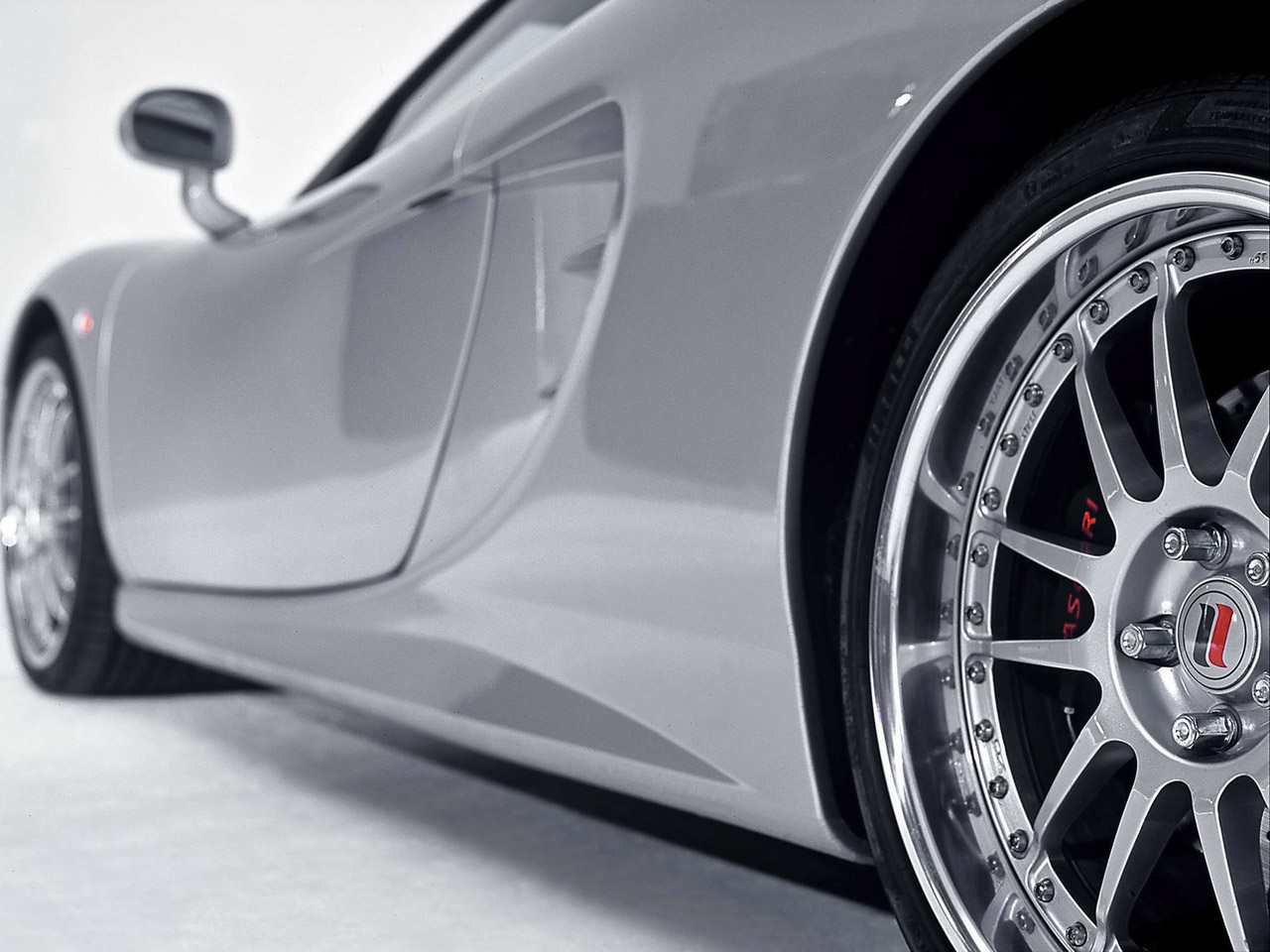 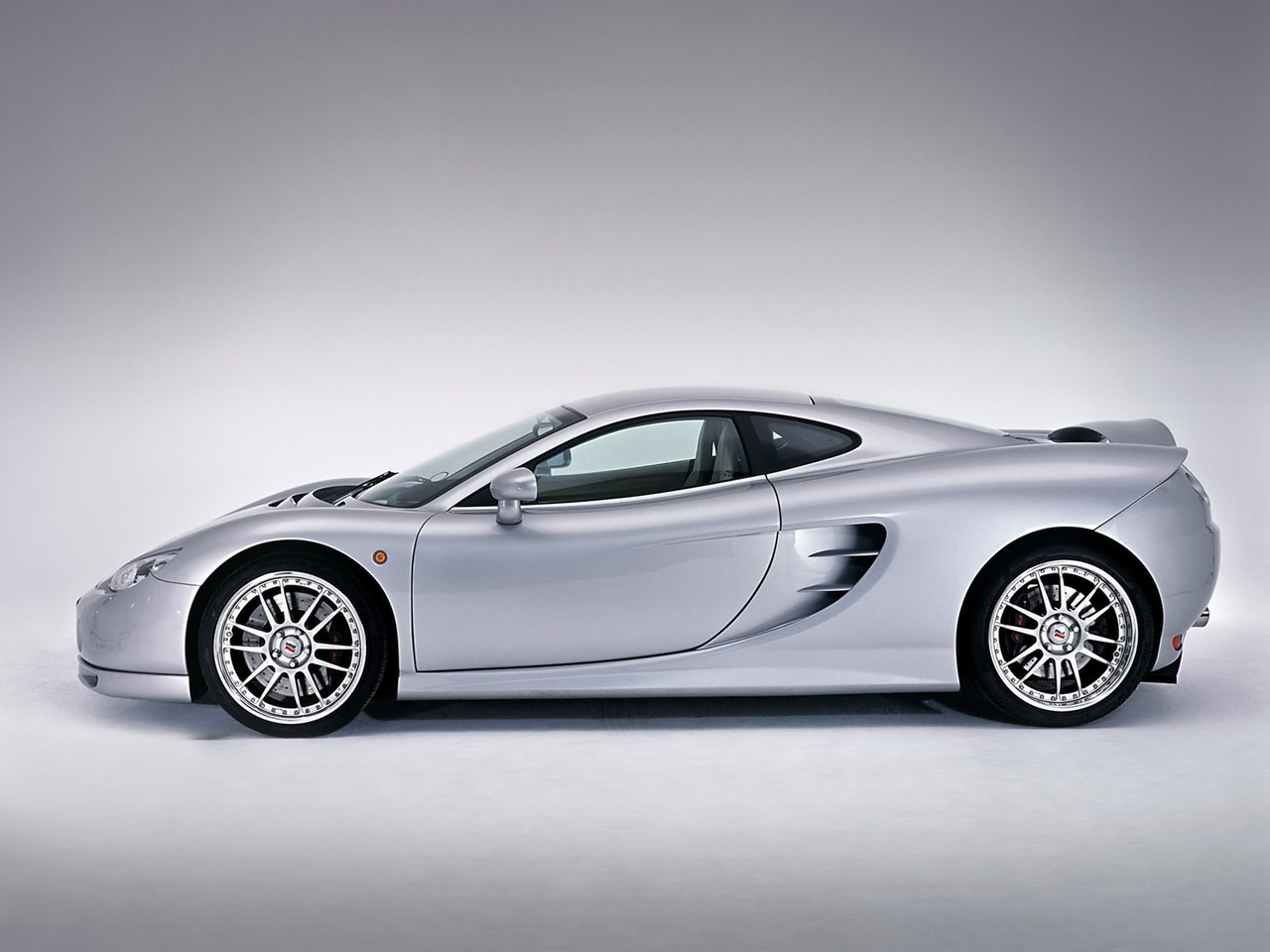 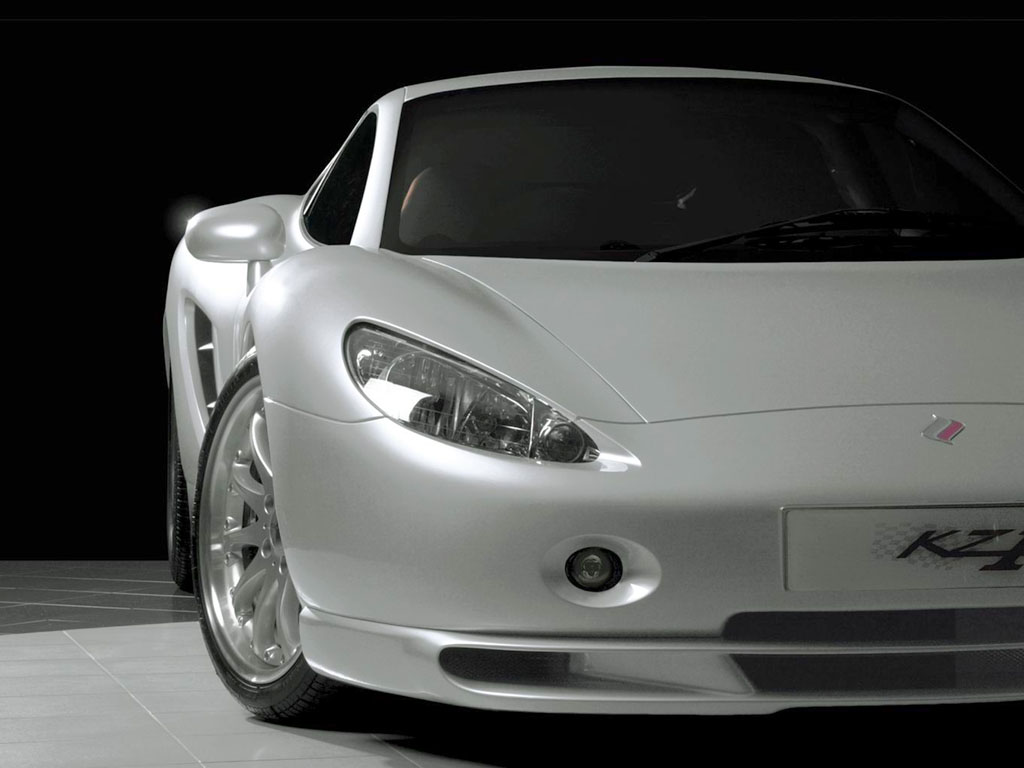 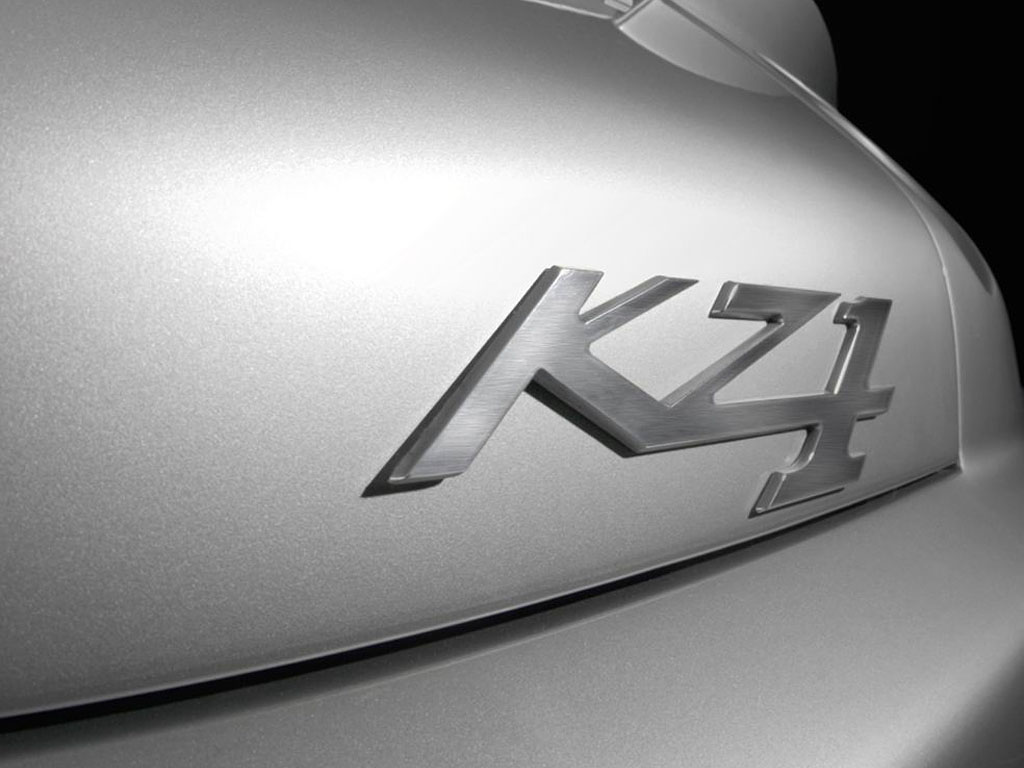 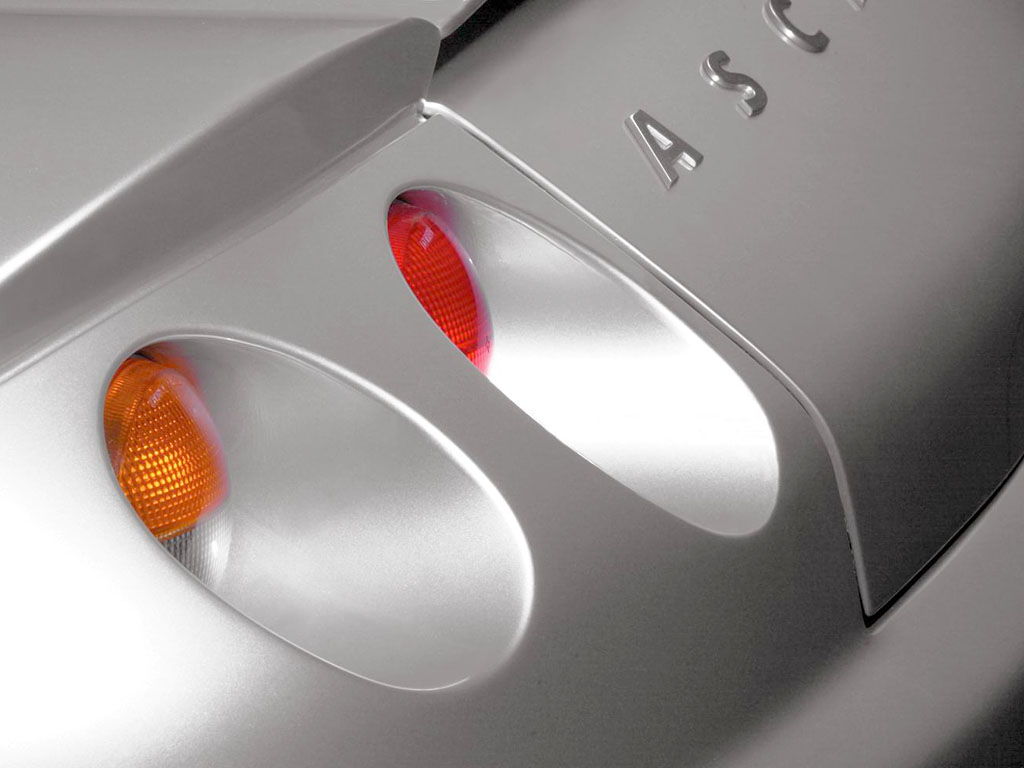 Klaas overestimated the Ascari's brand appeal and as good as KZ1 was, it over-reached, the asking price was just too much for an unknown quantity. For 2003, famous as the name Ascari is, a lot of people didn't care about past glories from fifty years ago. The rich potential clients cared about how good it was and what it cost, and at a similar price to the Hypercar Ferrari Enzo, a limited run special; it was no contest.

It is worth taking some time to look back at what made the KZ1 so special. The BMW-sourced 5-litre S62 V8, DOHC 4 valves per cylinder with VVT engine and dry sump lubrication, produced 500bhp @ 7000rpm and generated a peak torque figure of 550Nm @4500rpm. The rear mid-mounted engine mated to a six-speed manual transmission and fitted to a sophisticated race-inspired chassis constructed of composite materials such as a carbon fibre tub. The suspension is double wishbones front and rear, and stopping is taken care of using AP Racing brakes with ABS. It weighed a (relatively) paltry 1300kg, which accounted for much of its outstanding performance, the power to weight ratio being considerably better than the Ferrari Modena Challenge Stradale.

Where it also trumped the Ferrari was interior appointments, it's contemporary styling made it seem edgy and new compared to the Italians rather steady, conservative approach.

Fit and finish were also to a very high standard; built by Brits with love. The saying went with the Ferrari; you pay for the engine and drivetrain, the body you get for free! The KZ1's biggest hurdle, however, was its polarising styling, the funny thing is if it was released today from some angles it could be mistaken for a McLaren. I love it, especially in side profile, where the balance between front and rear proportions indicate a car of speed and grace. It looks every bit Italian as its badges namesake. 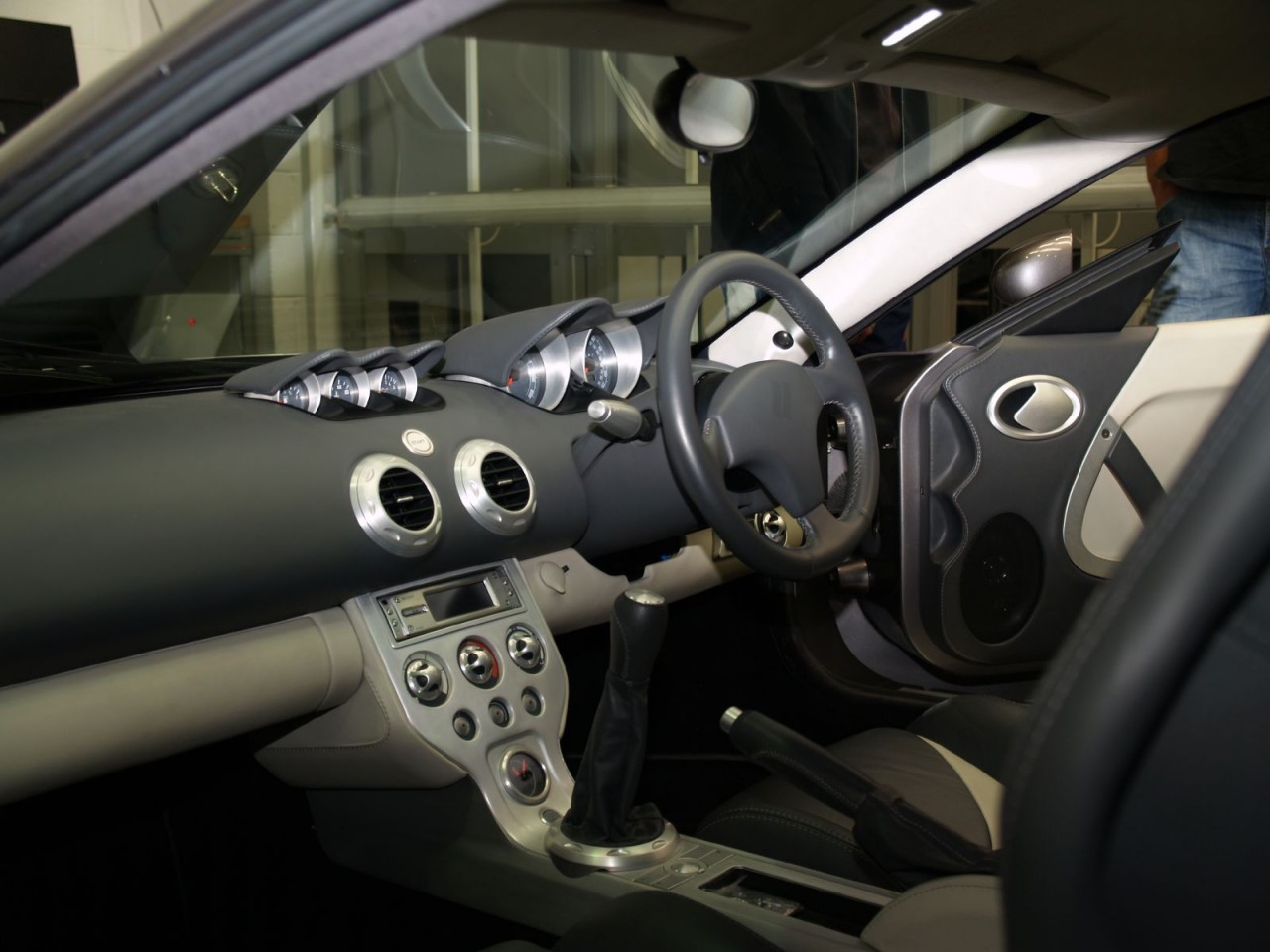 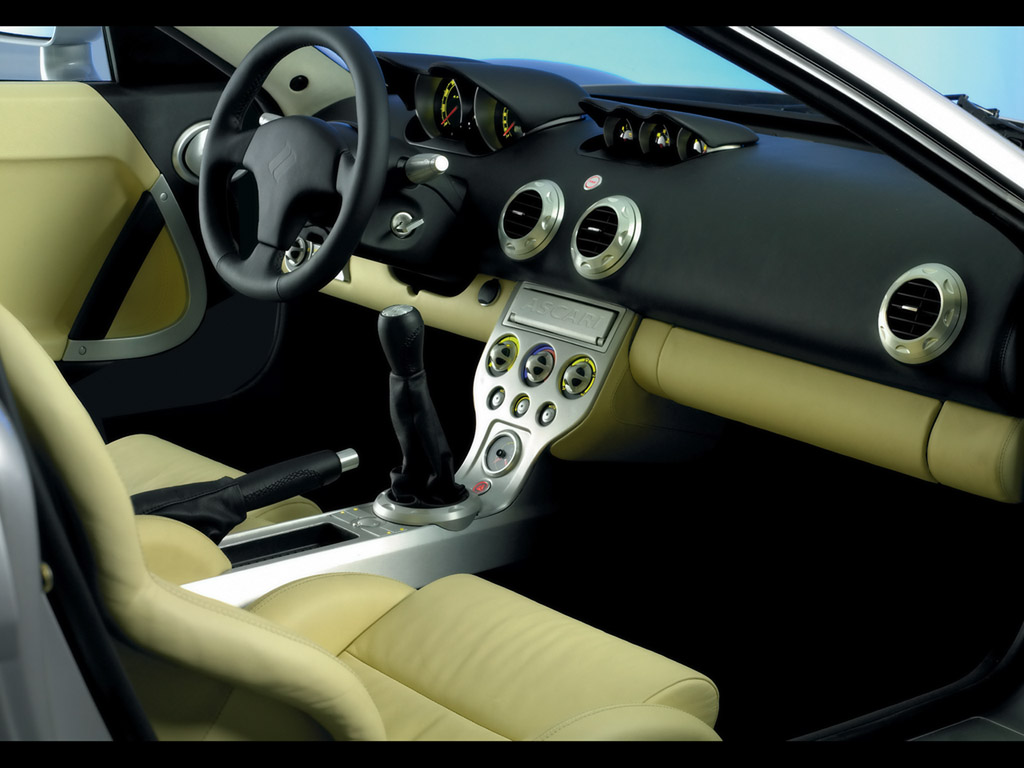 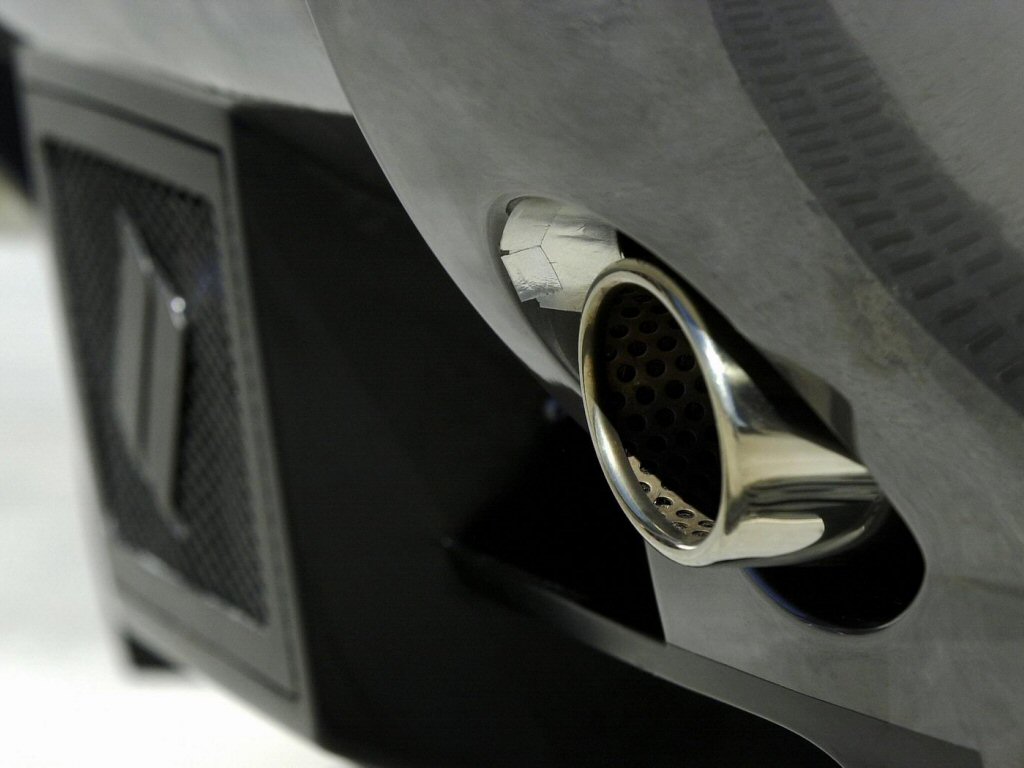 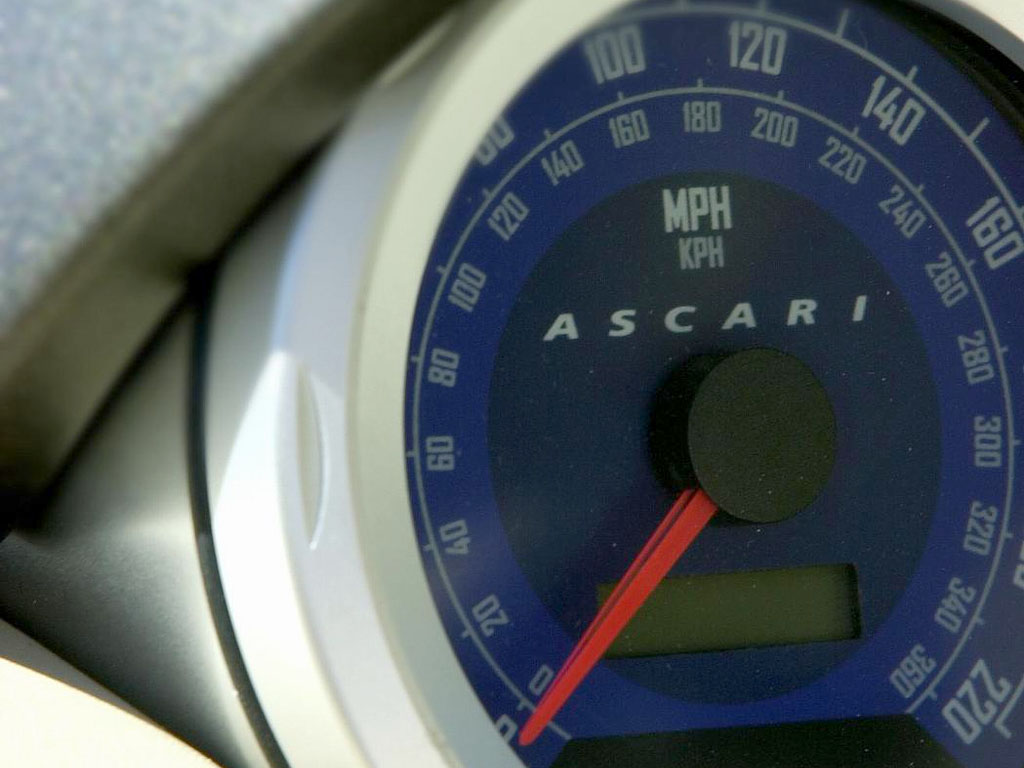 How did it drive? Press the starter button, and instead of the low-pitched rumble you'd expect from a 5.0-litre V8, it's more akin to the high-pitched idle tone the Italian exotics offer, not bad, but it doesn't start wailing like a Formula One racer until you're really on it.

Being a manual with 500bhp on tap, you'd expect the controls to be weighty and notchy, while not light as your mum's Ford Focus It's no trial. You don't need the legs of a power lifter to engage the clutch, and the gear change is positive.

The dominant impression the KZ1 imparts while on the move is satisfying racecar like chassis stiffness; there's little to no body roll, the steering is sharp and quick to respond to inputs. The car allows you drive through the seat of your pants, the tactility and sensory feedback through the chassis and steering telegraphs exactly where the car is and what it's doing.

Sounds exactly how you want a Supercar to be.

The KZ1 was setup to be rather docile between 1500rpm to 3000rpm, maintaining a level of civility that would make it the easier daily driver than say the equivalent Ferrari. Put your right foot into it and once the tachometer swings past 3000rpm you can experience the full fury of the Ascari, and it becomes easy to understand why the Ascari deserves Supercar status. 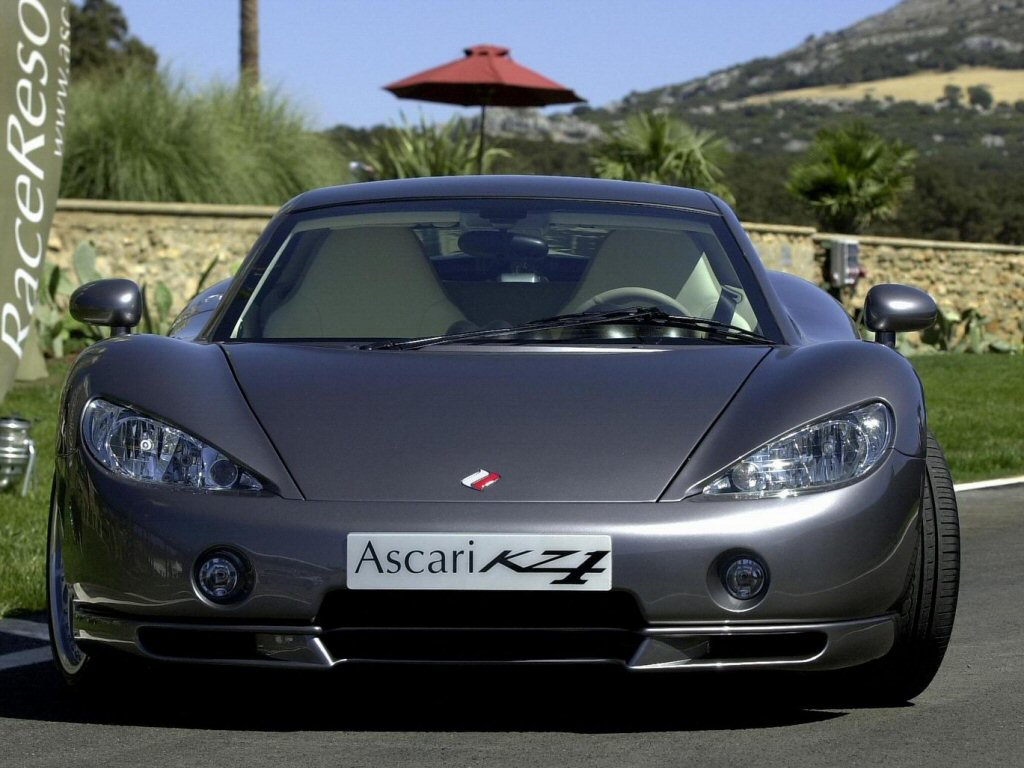 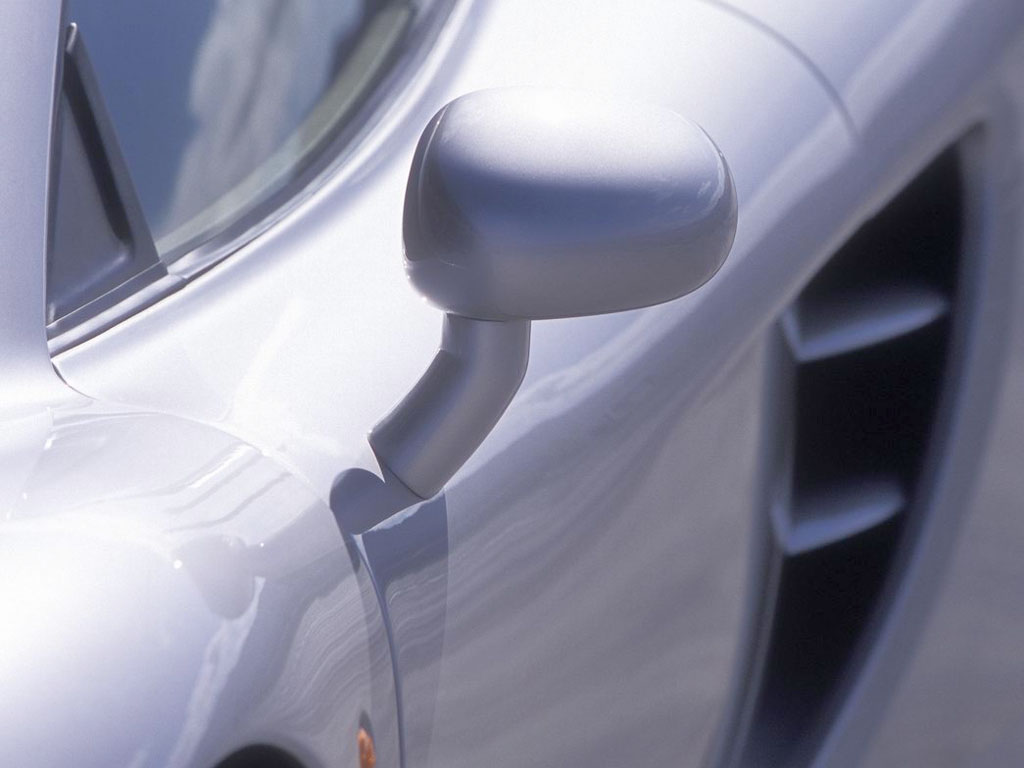 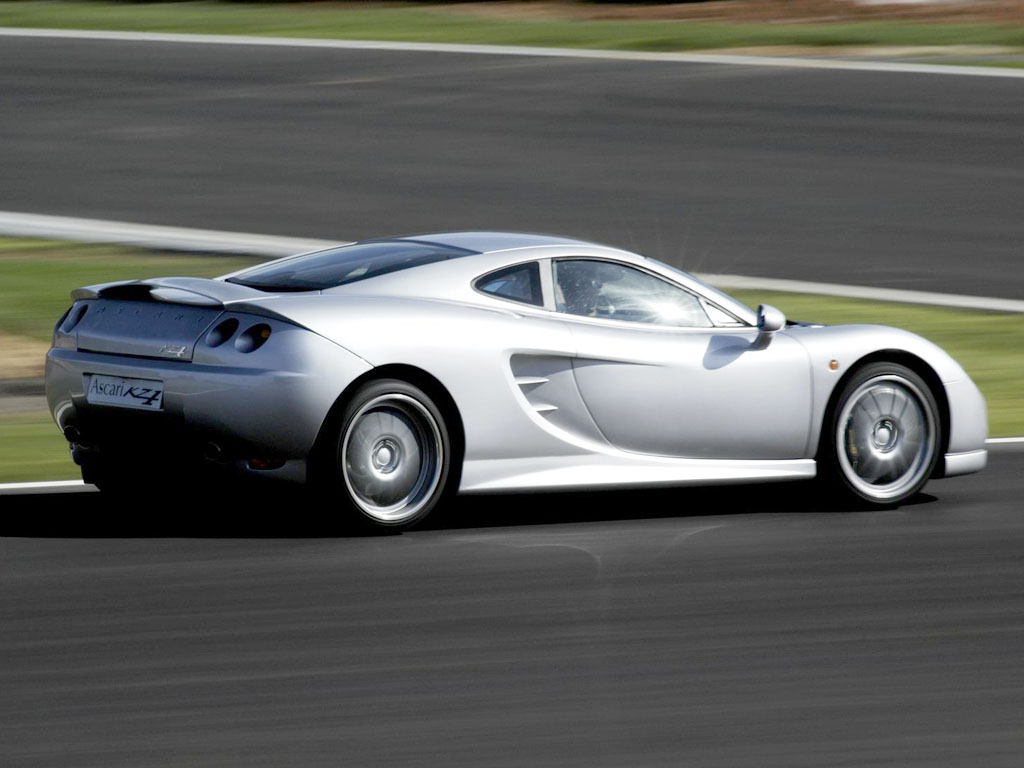 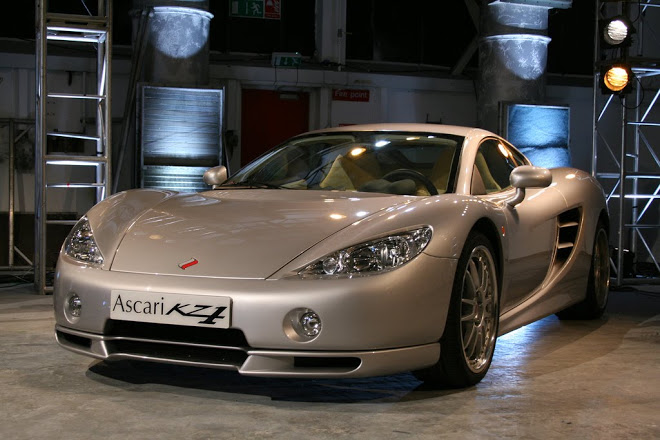 Ascari Automotive didn't end it there; despite less than stellar sales of the KZ1 (how many KZ1's are out there are not known, much less than 50 is the consensus), in 2006 the KZ1 evolved into the A10. Built upon the original KZ1 chassis, the A10 was significantly reworked both mechanically and on the styling front. It was much sharper than the KZ1; featuring a new nose section with a bug-like headlight array, making it look much more sinister, the rear had a series of gaping vents to accommodate the extra heat the new engine/drivetrain produced. It lost some of the clean lines of the KZ1, but appeared ready to race.

Performance for the A10 certainly jumped a level, the engine now producing 625bhp and it featured a sequential manual gearbox rather than the traditional H pattern, all to add to the performance. It also came fitted FIA-spec roll cage and fire suppression system, yet maintained the KZ1's lithe weight of 1280kg with the removal luxuries, like the aircon, stereo system and sound deadening. It was a much rawer experience than the KZ1, and at one point the A10 was the fastest car ever tested on the Top Gear track. Driven by the Stig, it achieved a time of 1:17:3 on December 9th, 2007.

Despite the favourable press and the Top Gear outings, it was all she wrote, and the Ascari A10 never made it to series production.

The Ascari name lives on, however, if you have the coin and the ambition, you can experience what it's like to be a race car driver on the Track Ascari in Spain. There's even KZ1's and A10's at the circuit; maybe there's a chance you could get behind the wheel. How cool would that be? 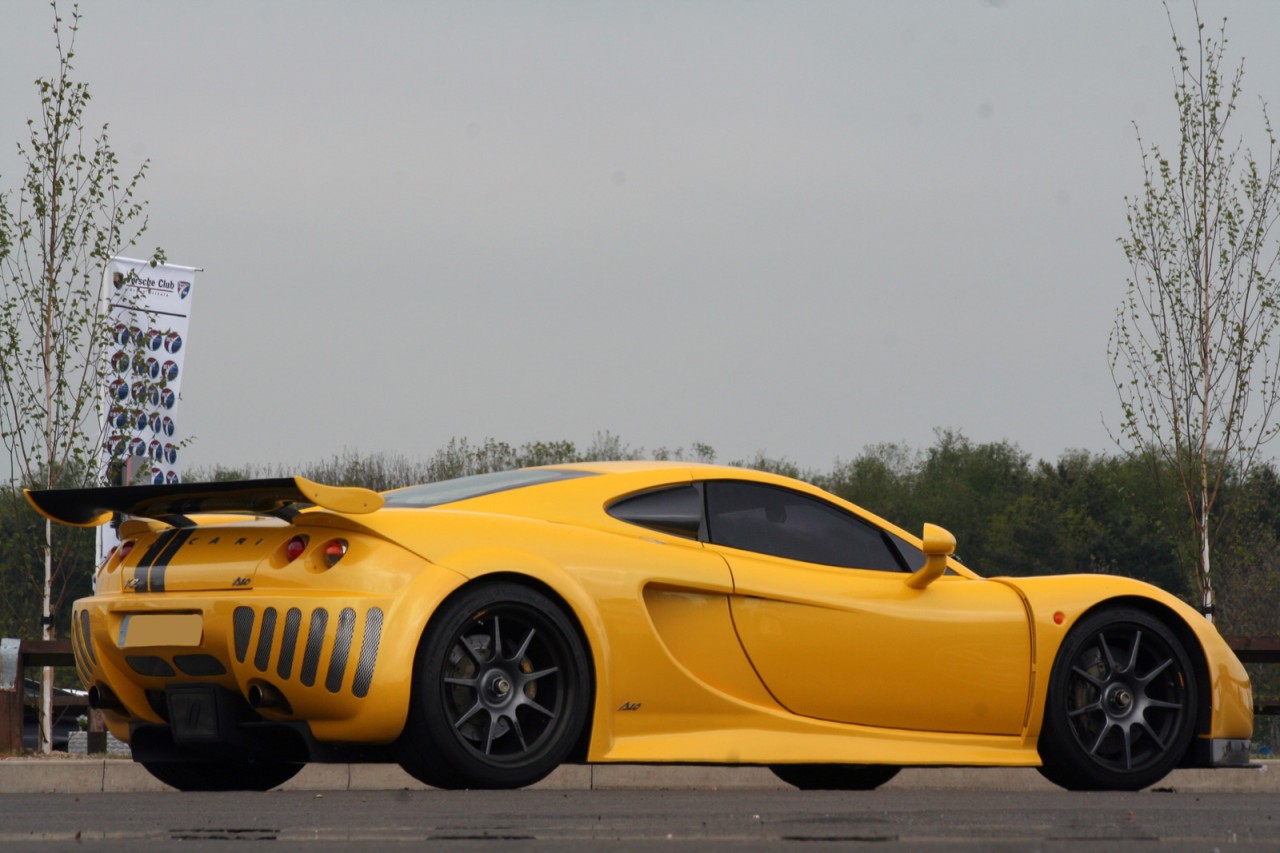