When talking sports cars, it is easy to think of the usual players, Ferrari, Porsche, Lamborghini and Noble. Wait, what... Noble? Unless you're a real gearhead you're asking, who's Noble? Noble Automotive, established in 1999, as a producer of high-speed sports cars with a rear mid-engine, rear-wheel drive layout. Lee Noble was the chief designer and owner until August 2006 when he sold the company; he left altogether in February 2008. Noble Automotive may not be a name you've heard of, but they are still producing their own unique take on sports cars today.

In their own words, Noble Automotive is a bespoke sports car manufacturer that hand builds each car to exacting client's individual requirements using a small team of artisans; they are based in Leicester, England. What they've not said is they're a small outfit that doesn't have the huge resources of the big boys but it doesn't mean they can't play... and play hard they do. The English are famous for attaining world-class results on shoe-string budgets; which brings us to the M600.

It was in the Noble lunchroom sometime in 2008, when current owner Peter Dyson said to his crew, "Righto you lot, it's about time we stuck it to those Germans and Italians and beat them at their own game. Here in England we know what's important, we're going to build a car that's going to cause a right stir, it is, first up, let's have a cuppa."  Honestly, I'm not sure if that's how it went down, but it sounds good and sure enough the Noble M600 was a big 'up yours' to the established marques. 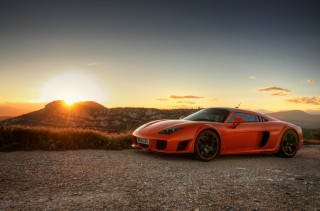 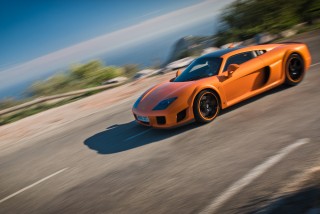 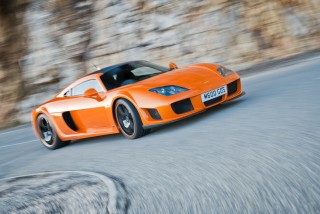 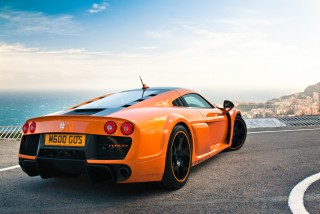 The M600 debuted in 2010 to mostly positive reviews and soon revealed itself to be a genuine supercar killer. It gained notoriety for appearing on Top Gear three times where it recorded a time of 1 minute & 17 seconds around the  test track, beating heavy hitters such as the Pagani Zonda F and the Bugatti Veyron. Big fish indeed.

Bucking the trend, the M600 was designed from the get go to offer a pure driving experience, with almost race car levels of performance and virtually no electronic driver aids, aside from rudimentary traction control. Noble Automotive wanted the M600 first to be about the driving and providing the enthusiast with a car that is overtly analogue in a world where computer controlled cars are the norm and behave as if you're playing a video game. Techno wizard rivals from Italy and Germany may pull off unrivalled feats of dynamic ability but under the surface there is a distinct disconnect between the car and the driver; and the driver is well aware it is the car and not themselves that is in charge of the drive. The M600 addresses this. One of the aims of the design team was to create a modern interpretation of the legendary Ferrari F40, widely regarded as the last purely analogue supercars. From all accounts, they have succeeded in doing just that.

Why does the M600 deserve our attention? If you look at the styling, you wouldn't call it pretty but it is unmistakably a British. It is squat and muscular and its roofline almost appears impossibly low. Its stance conveys serious speed and there are no unnecessary embellishments which would only interfere with its performance. Covered in slots, vents and apertures, the M600 could double as a cheese grater. Not that they don't all serve a purpose, particularly striking is how the tyres fill the wheel wells which adds to the credibility that the M600 is a very capable piece of machinery. Overall as a design exercise, the M600 works and I'd be more than happy to have it sit alongside the likes of a Porsche or a Ferrari.

Entirely handcrafted, the M600's interior comes across as raw and industrial but in a good way. With chunky switch-gear and dials, the gear knob is comically large and the boot covering the gear lever looks like it could have come out of a plumbing shop but it suits the character of the car. The switch for the traction control system also for example, is a covered toggle as you'd find on a fighter jet. As for the traction control system itself, it's either on or off, that's as sophisticated as the M600 gets. There is no SAT NAV, no climate control, no air bags, no ABS, an old school six speed manual, no stability control - yet it has a power to weight ratio better than a Bugatti Veyron at 558bhp per tonne! 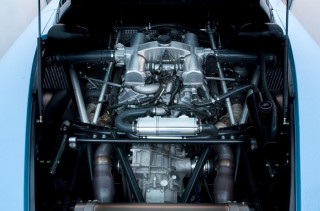 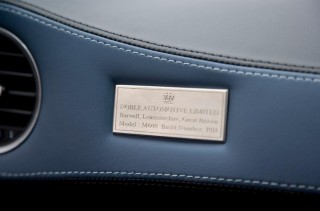 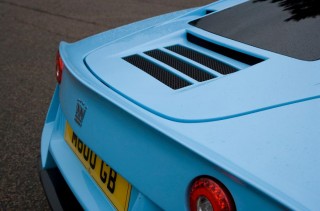 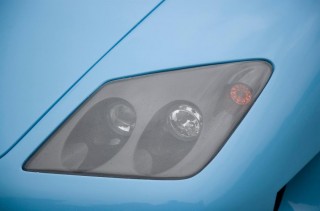 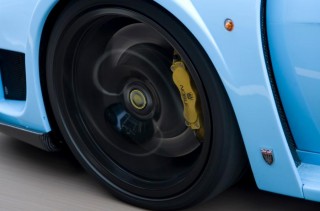 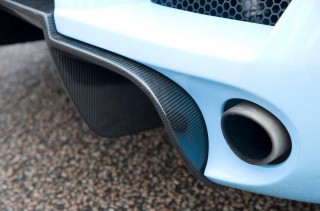 Although the M600 may be simple, its construction methods and materials are not. The chassis is a stainless steel tub with a tubular space frame. The entire body is an ultra-light carbon fibre composite and as a result its dry weight is a mere 1198kg's - that's less than a Volkswagen Golf GTI. Suspension is race inspired; independent double wishbones with coil over shock absorbers, front and rear roll bars and as for the engine, it uses a highly modified Yamaha Judd V8 4439cc twin turbo producing a maximum of 662hp @ 6500rpm. For comparison, the 458 Italia of the same period produced a 100hp less and weighed a 100kg more. Even the brand new Ferrari 488 GTB only produces 1bhp more than the M600. Clearly, this shows its epic performance potential. Just how fast is it? 0 to 100 km/h in 3.0 seconds flat, 0 to 160km/h in an insane 6.0 seconds and onto an estimated top speed of 362km/h!

The drive itself, a brutal maximum attack best sums it up and it will definitely sort out the men from the boys. The M600 is not for the faint-hearted, with so much power on tap it's more tail happy than a gleeful Labrador. If you have the skill and berries large enough, it will reward you with a drive that would rival a hyperspace jump in the Millennium Falcon. Even so, the car will allow for more sedate travel by dialling down the boost. Three settings are available; road, track and race. How 450bhp in a car which weighs just 1200kg's is sedate for road mode though, is anyone's guess. Track mode allows 550bhp, while race mode gives you the full monty of 662bhp. To top it off, when you're not trying out your Aryton Senna moves, it's apparently docile and tractable enough to use as a daily driver... apparently

So why isn't Noble Automotive riding a huge crest of success? Well, for a start they're only building 50 M600's a year and at a cost of $365,000 AUD plus on roads, it's a lot to ask for a brand with none of the cachet of the other marques. That and the niche which the M600 supplies is in decline. I'd love to say I could tame the M600, but it's not a reality for a mere mortal like me, so I'm perfectly happy driving my video game. which makes me feel like a hero even though I know the car is doing most of the work. But god bless Noble for producing a monster like the M600 - a car for car lovers - and even though I know it's beyond my skill, it doesn't stop me wishing for a crack behind the wheel. 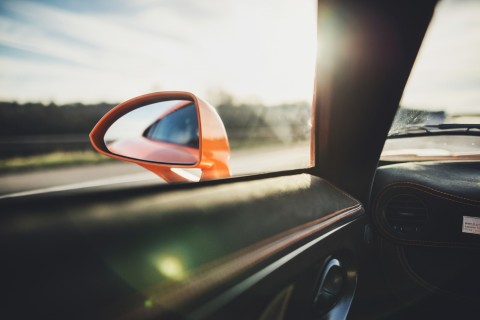 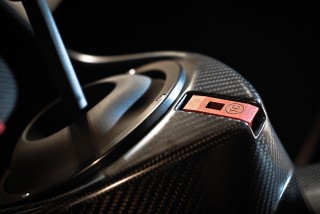 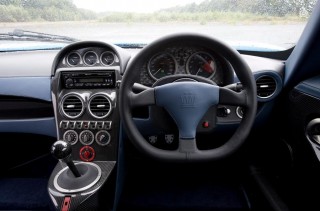 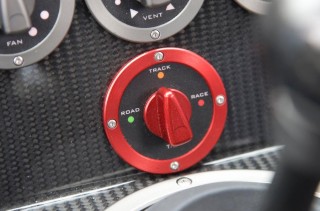