The late eighties saw the birth of the Hypercar, with the Ferrari F40. It took everything we expected from a Supercar and took it to a whole new level. Such was its dominance that a lot of equally remarkable Supercars struggled to get their share of the limelight.

Everybody remembers the techno-fest all-wheel drive Porsche 959, considered one of the first digital cars but it was no competition for the Ferrari. Likewise, the Lamborghini Countach was a poster child of the eighties, but by the time the F40 came out, it was running out of puff.

Now, who remembers the 1986 Aston Martin Zagato? Released in the same period, and every bit the Supercar, but the timing had relegated it to an also-ran when compared to the Ferrari or the Porsche. 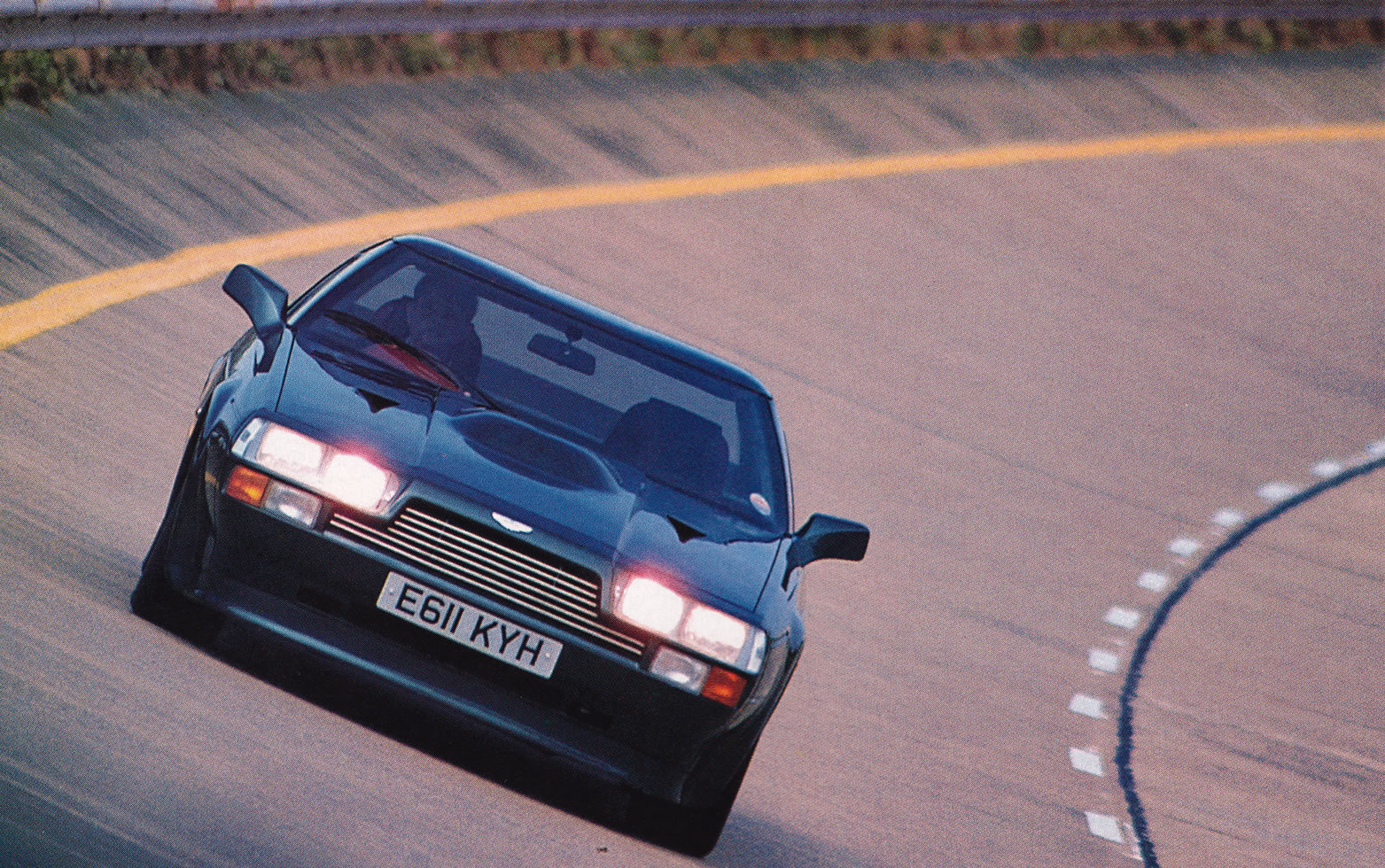 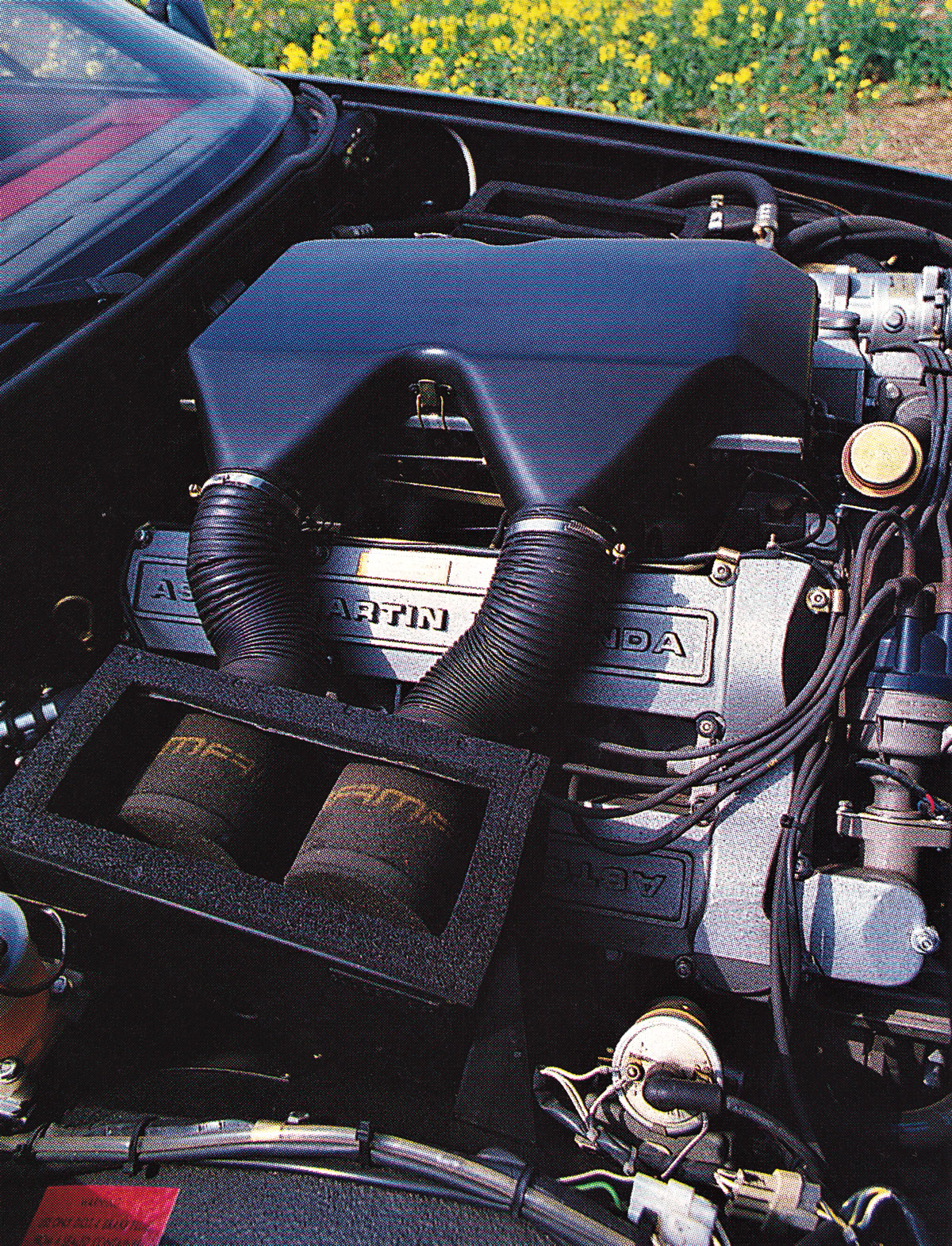 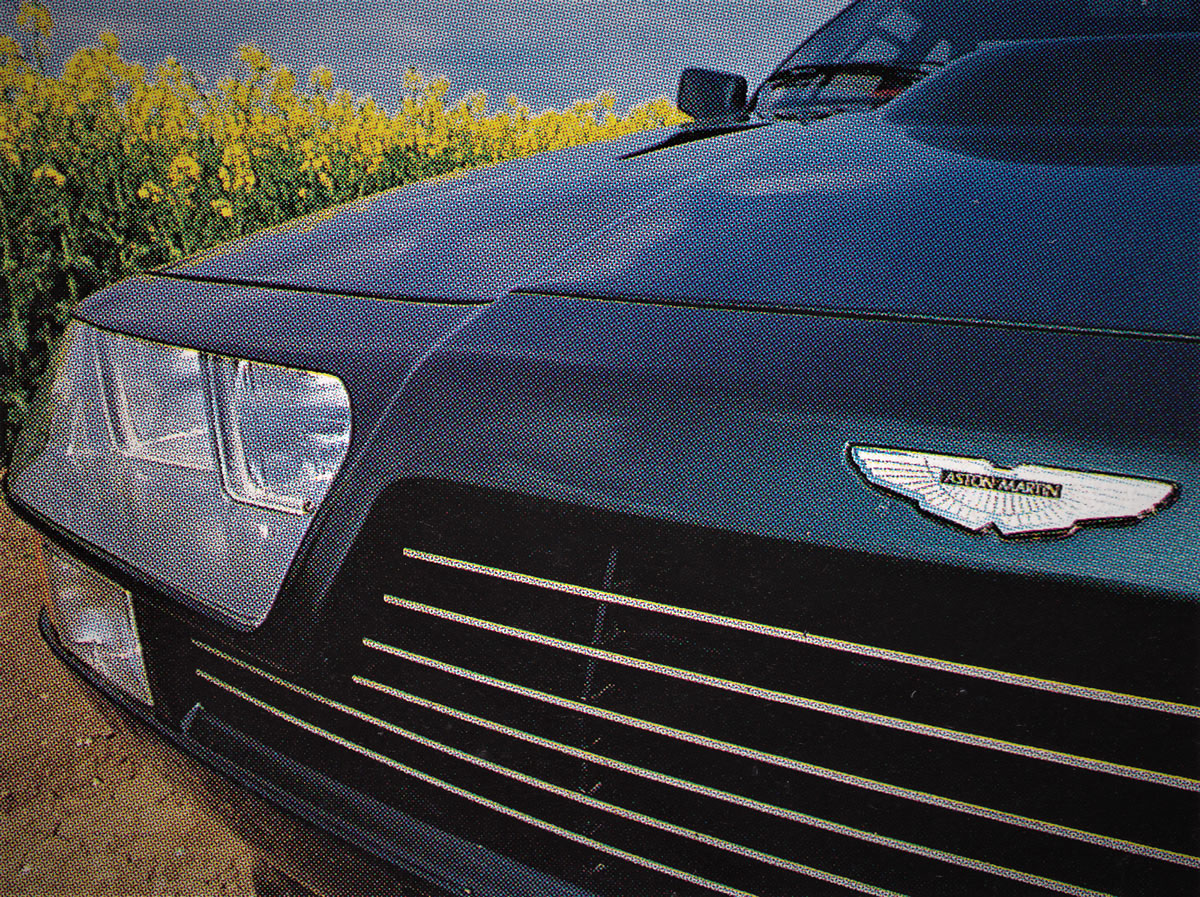 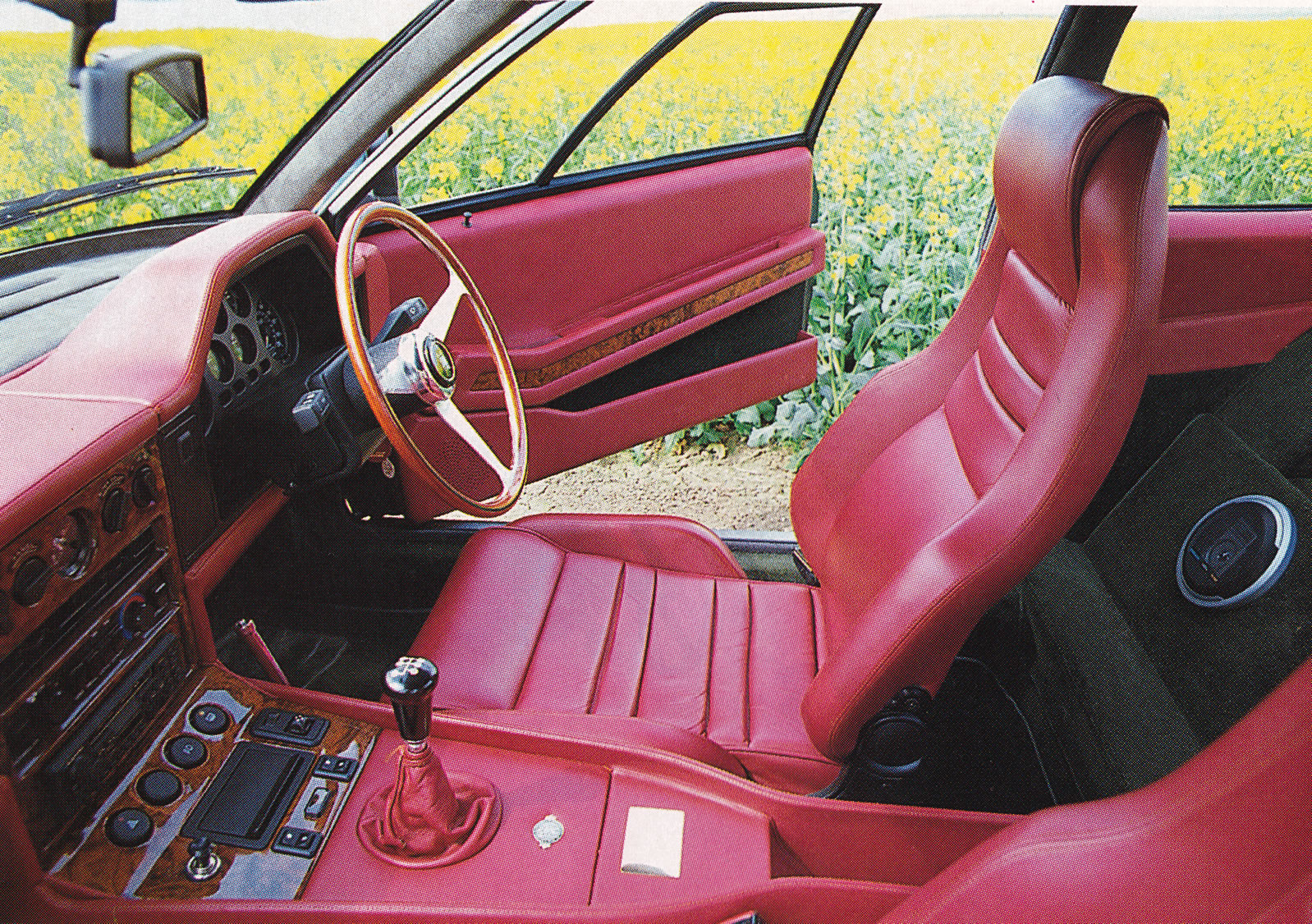 The coachwork, penned by the famed design house Zagato and featured the double-bubble roof they included in all their concepts. Considered ungainly when it was first released, its styling has withstood the passage of time and what was quirky is now ultra-cool. British muscle car best fits its description, from the aggressive, overwhelmingly large power bulge in the hood, to the short front and rear overhangs. The rectangular quad-light headlight cluster shouts, I'm bad. The car's exterior, arrayed with many intricate styling elements, which on any other car just wouldn't work, but on the Aston Martin Zagato look right at home.

Just look at the side glass on the doors, with the window within a window look. Crazy but fabulous. The pillarless wrap-around rear glass that formed the steeply raked roofline, nobody does that, but Zagato did, and they made it look awesome.

Rowan Atkinson, famous for Mr Bean and The Black Adder was obsessed with Aston Martin and was one of the first customers to take delivery of the limited run Astin Martin Zagato, so we weren't kidding when we said it's Mr Bean's other ride.

The Aston Martin Zagato is also super rare, only 89 in total produced (52 coupe's and 37 convertibles), the F40 is positively common in comparison. Their value today sees them fetch anywhere between $500,000 to $1,500,000 AUD, depending on its condition. A relative bargain considering its rarity.

Aston Martin have always been staunch traditionalists, and their approach to the Zagato was lo-tech, the Zagato's mechanicals was old school even when it was new. It may have been simple, but it was effective. The 5.4-litre DOHC V8 produced 432bhp @ 6200rpm with a peak torque of 536Nm @5100rpm; fed by four analogue twin-choke Webber carburettors, by this stage all the other players had fitted electronic fuel-injection. The rear-end suspension setup featured a live rear axle with De Dion tube, the only Supercar at the time to do so. By today's standards, it seems unbelievably under-tyred with so much performance on tap. Fitted with 16"inch rims and Goodyear Eagle 255/50VR rubber all round, yet it got the job done.

The car's interior, an exercise in how to do things, kitted out in typical English opulence, wood and leather abounds, the thin silver and wood rimmed steering wheel an object de'art. You can imagine yourself behind the wheel of a 50's GT racer, never mind the car is from the eighties! 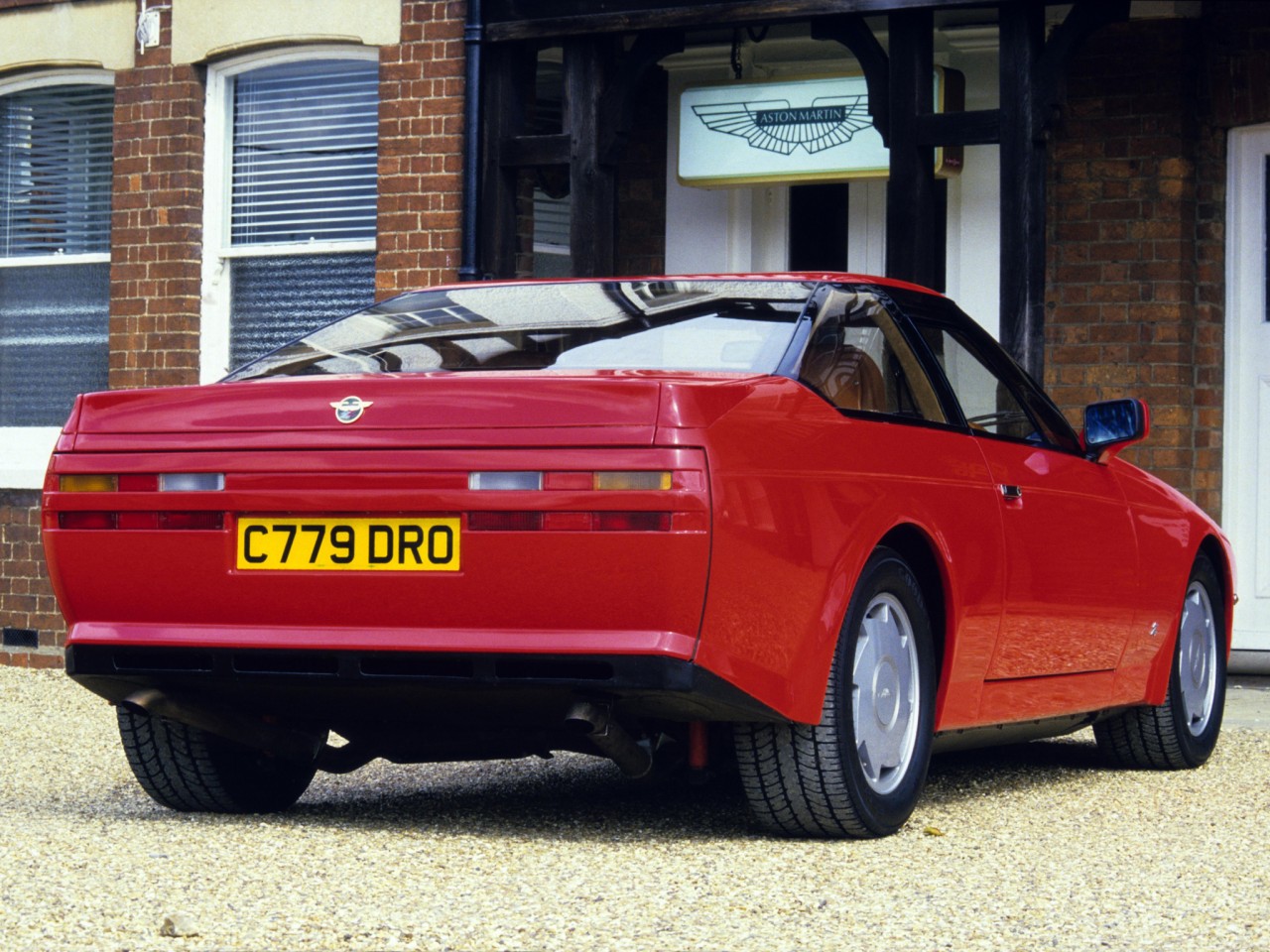 Where the Aston Martin scores so well, leaving the Porsche and Ferrari in the shade, is its dual character. It's perfectly happy to play the perfectly civil British gentleman, the docile GT cruiser, easily eating the miles in a high-speed cruise. Leaving passenger and driver relaxed, unflustered; but at moments notice it can be the British Boxer dog, snapping and snarling, just as a real sports car should.