Feb 09 Posted by The Driver in FORGOTTEN AUTOS First seen as a concept car at the Turin Motor Show in 1971, the Maserati Boomerang was a typically adventurous work by the man who would later be judged 'Car Designer of the Century': Giorgetto Giugiaro. The design of the Boomerang would resonate through Giugiaro's future designs for many years. Its sharp angles and wedge shape could be easily seen in the first VW Golf, Lancia Delta, Maserati Quattroporte, Lotus Esprit and the famous DMC-12 Delorean.

Giugiaro's angular futuristic designs didn't stop on the outside, this equally forward-thinking was shown in the interior of the Boomerang, in which the steering wheel rotated around a stationary instrument binnacle in a manner that makes a Citroen DS look, well... passé. 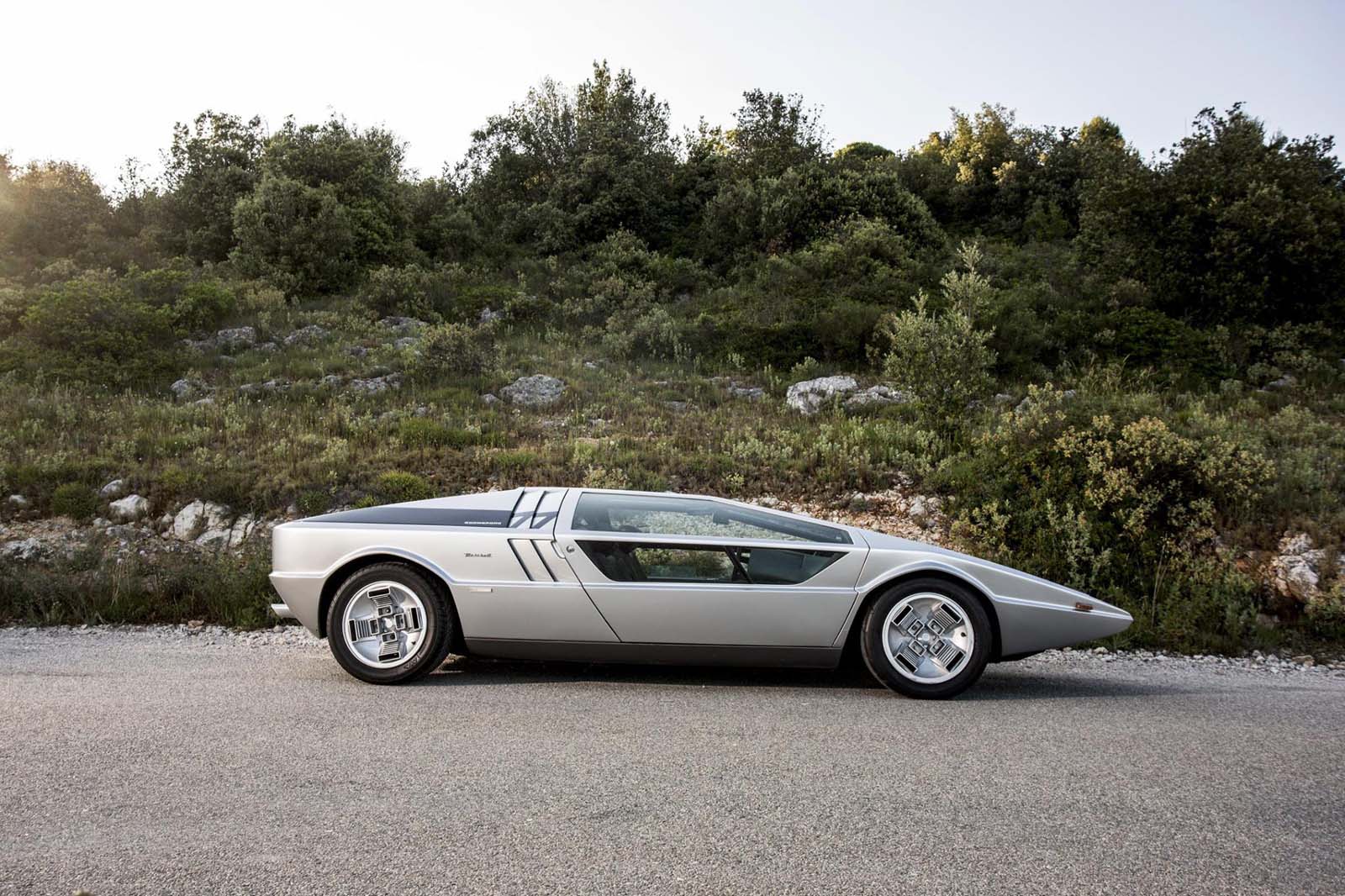 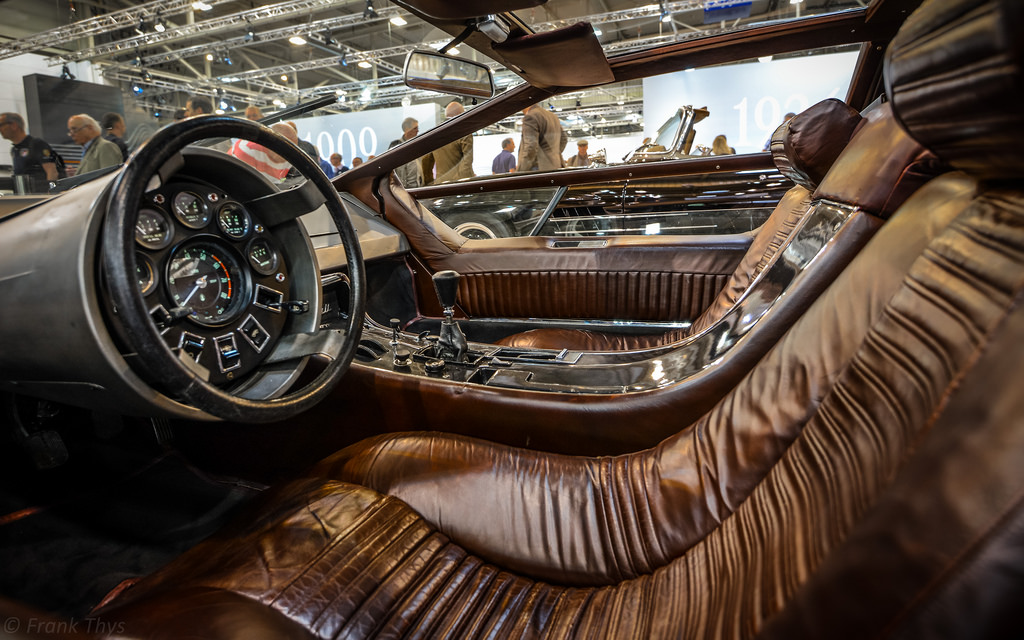 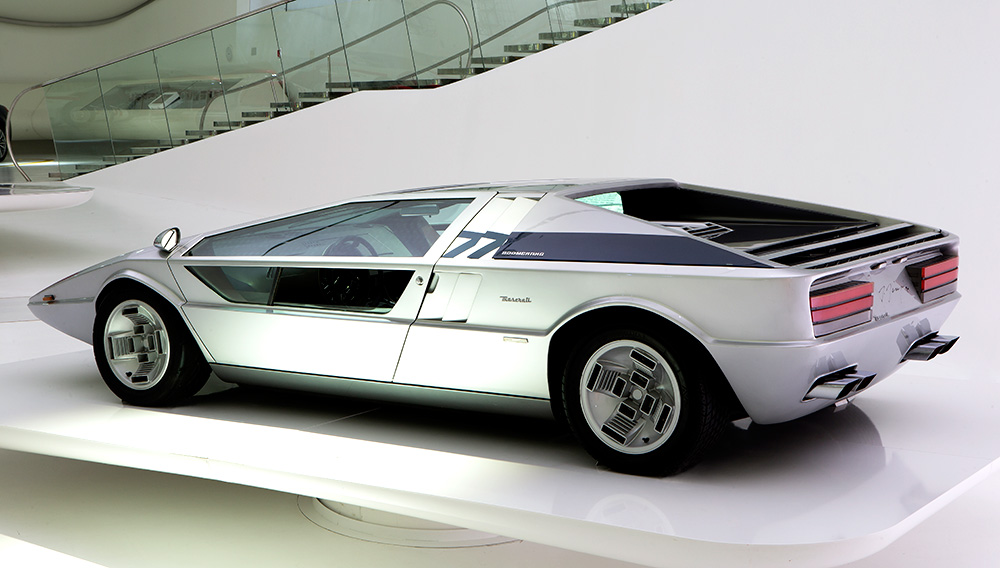 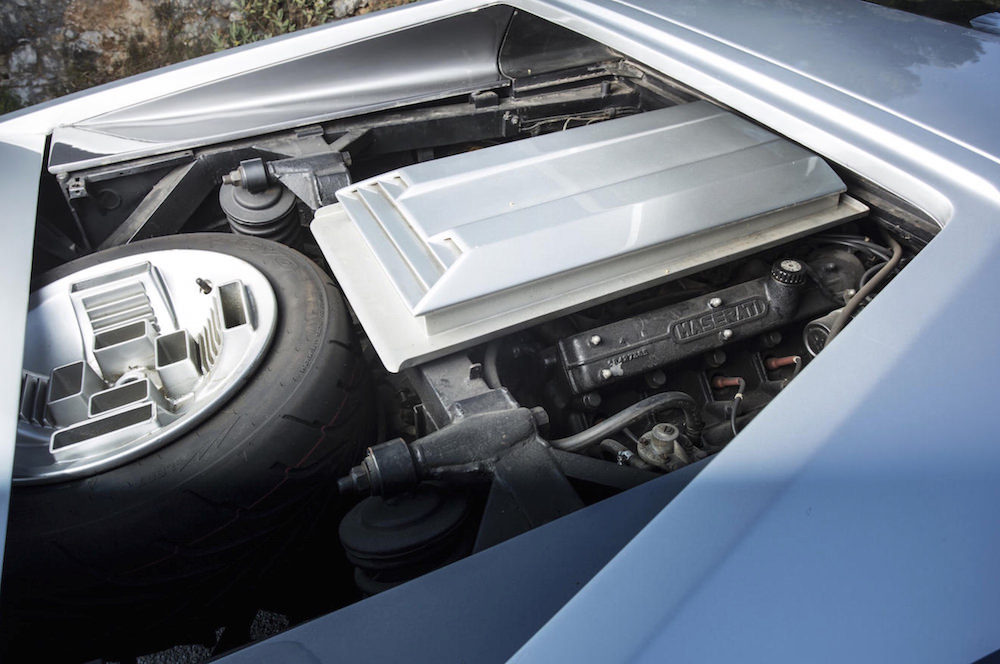 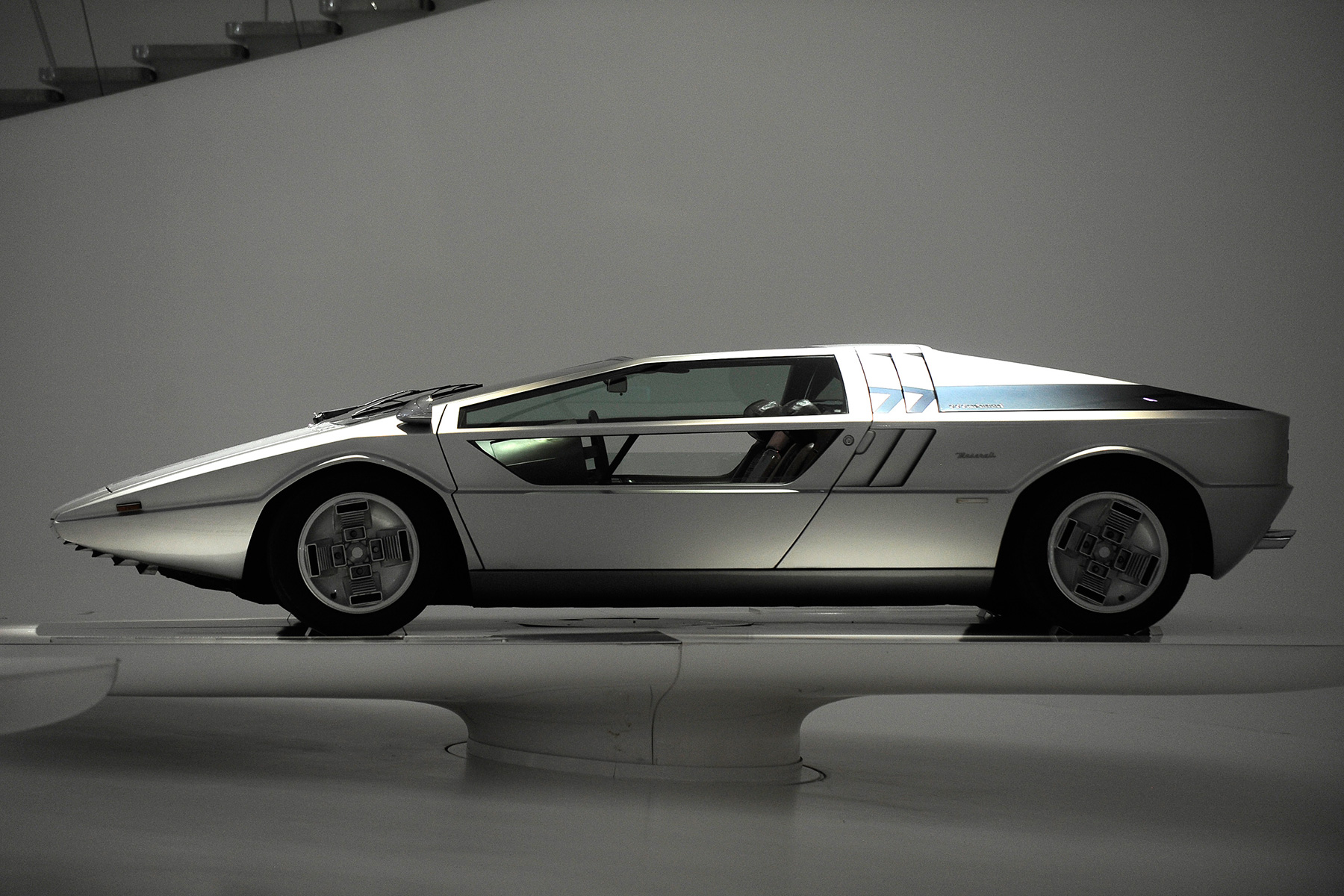 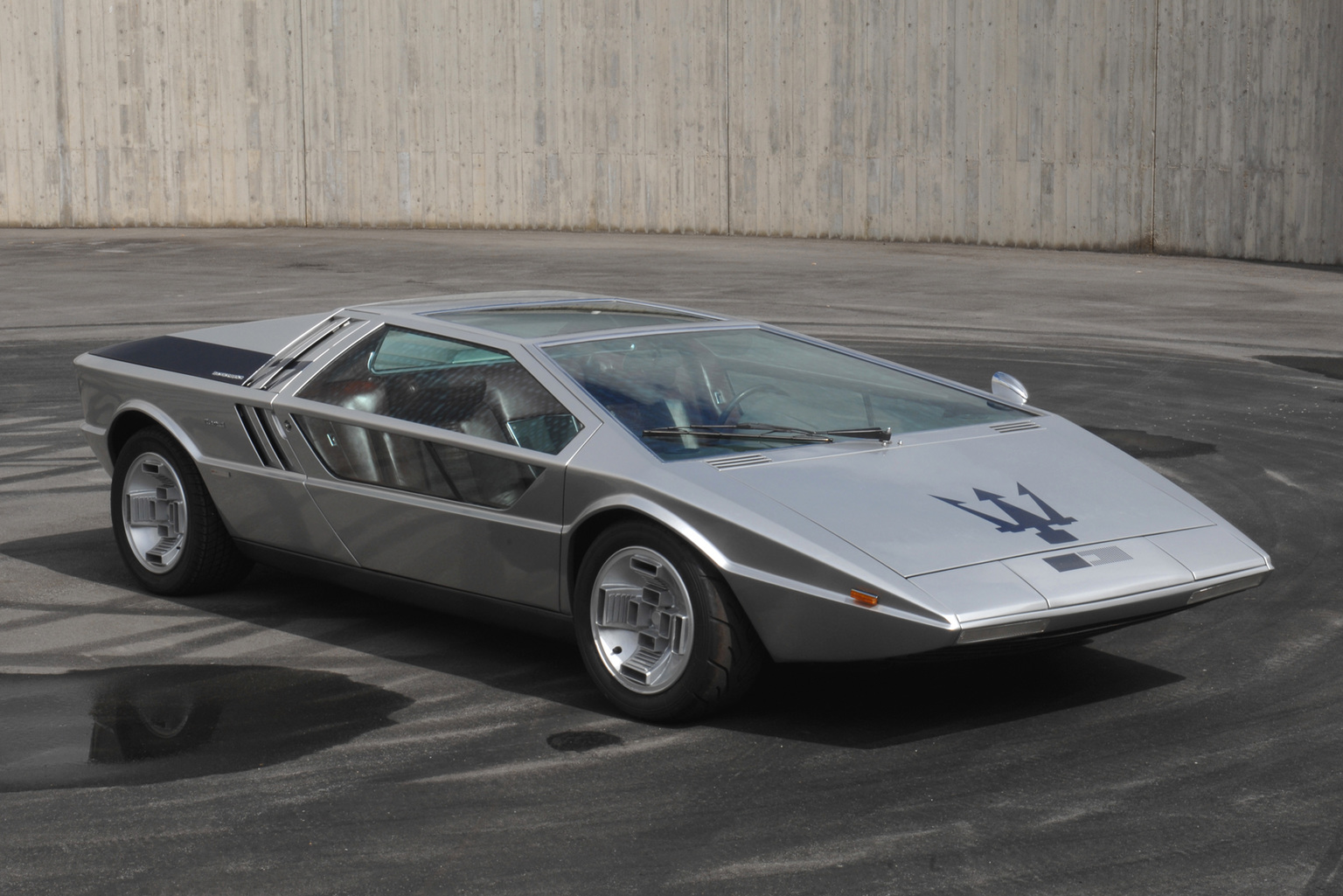 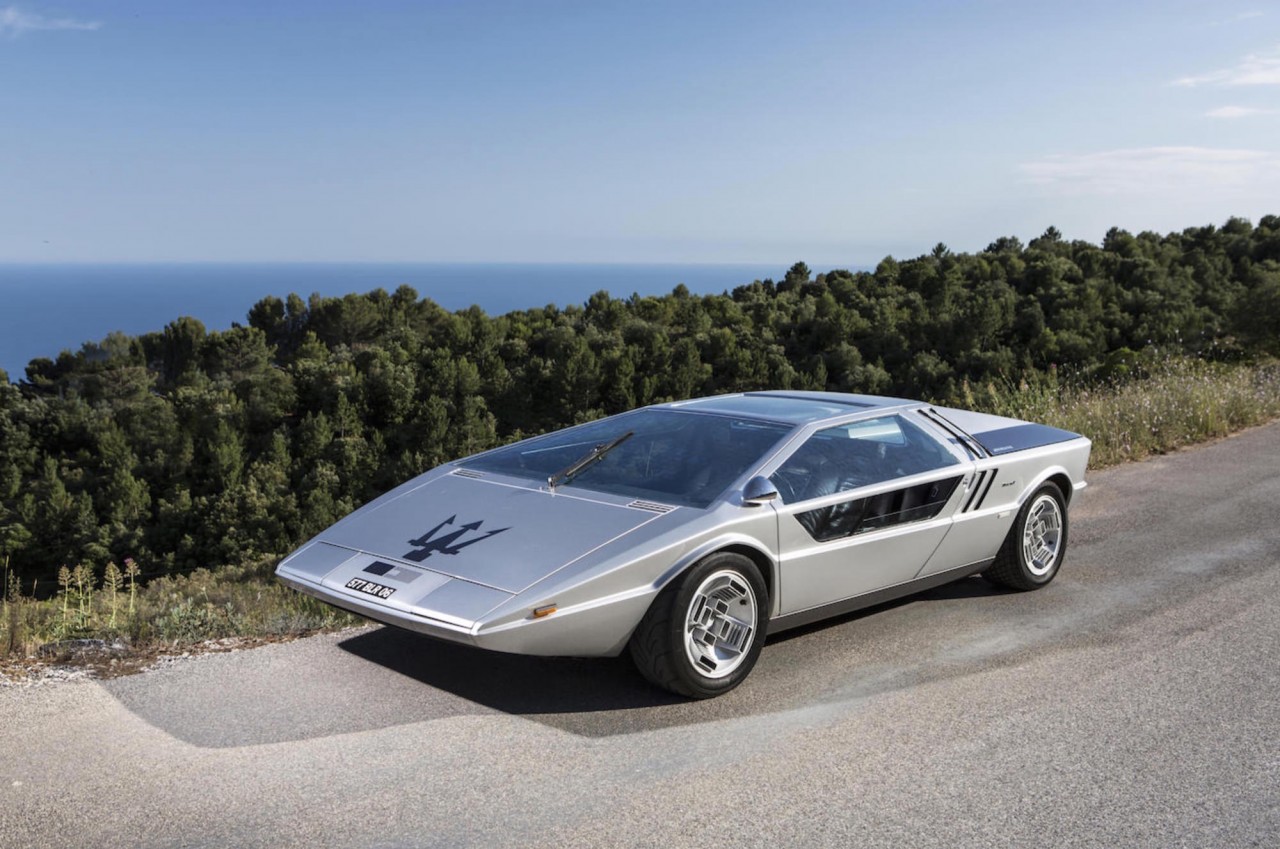 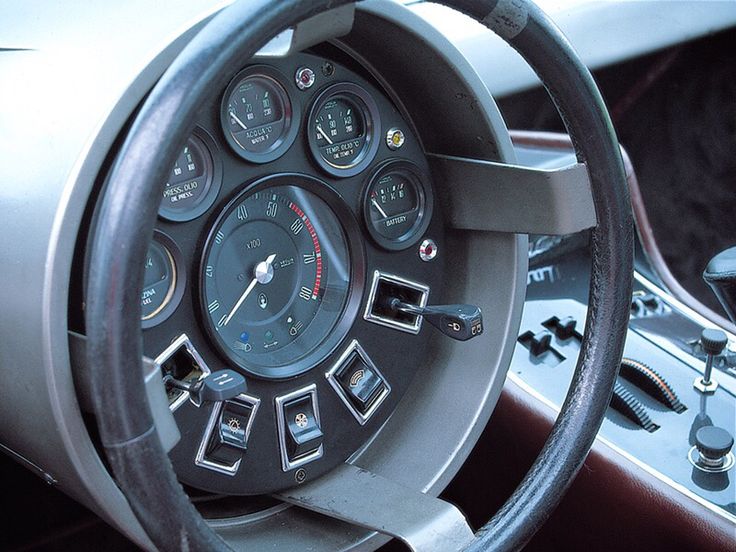 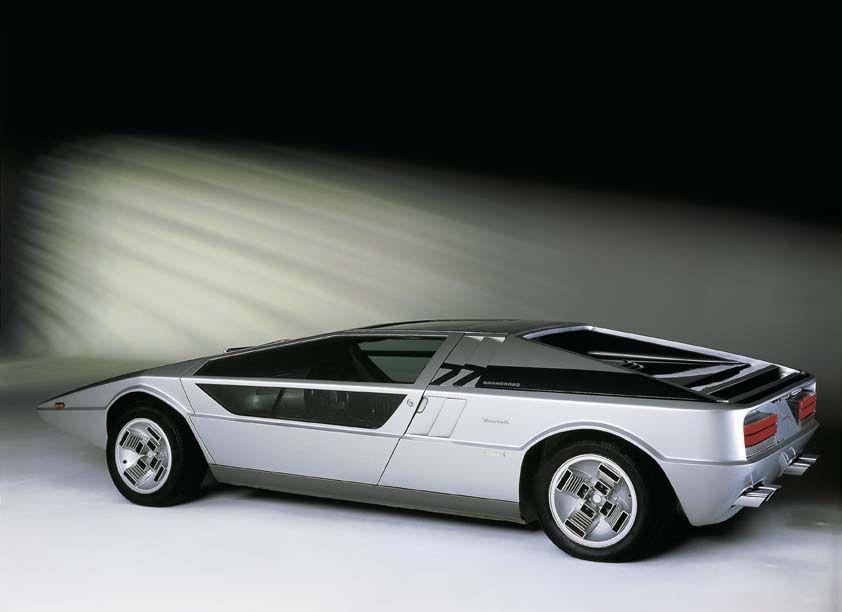 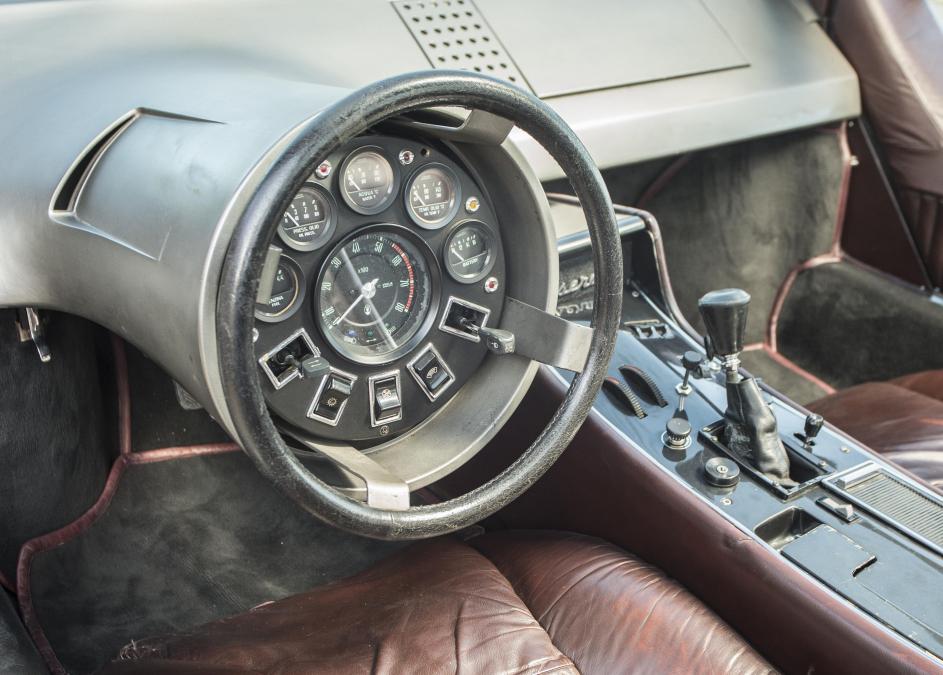 The Boomerang was displayed in loads of places and was a legally registered road car even though it was only ever intended as a show car. Powered by a 310 bhp (230 kW) 4.7L V8 engine borrowed from the Maserati Bora Coupe and coupled to a 5 speed manual transmission, it was no slouch being able to get up and go to 297km/h.

There's not much to say about this car except that it's absolutely mental. Surely the late Sixties and early Seventies were the zenith of concept cars. The Countach made it to production back in the day, but alas, this one, didn't.

What's this once in a lifetime gem worth? A cool 3.3 million Euros (4.6 million in Skippy dollars). Think I need to lay down.